Relocated Mt Fell Hut gets a spruce up

The recently relocated Mt Fell Hut is nearly ready for use, thanks to the Nelson Tramping Club’s efforts over Labour Weekend.

The six-bunk hut in Mt Richmond Forest Park was moved to its current location in June; an Air Force chopper lifted the hut to its new foundation just 250m from the old site. It was closed two years ago, after unstable ground rendered it uninhabitable. The new site is “fantastic,” said Nelson Tramping Club president Patrick Holland, “with views across the forested ridge to Mt Fishtail and out across Cook Strait”.

Under the building guidance of club member Silvano Lorandi, a dozen club members continued with the renovations, including installing new piles, fastening the hut to the new foundations, and moving the water tank.

Holland said the work party surprised themselves by finishing all the planned work, with just a few jobs left before the hut was ready to reopen. They want to repaint the hut inside and out, install the new wood stove, build a permanent stand for the water tank, install a new bench and build a new woodshed.

Holland says that while it’s not a heavily used hut, it’s in a beautiful location.

“It’s a shame because it’s a fantastic area,” he said, adding that he hopes the reopening will encourage more people to visit the region.

The hut will be reopened pending an inspection by DOC. 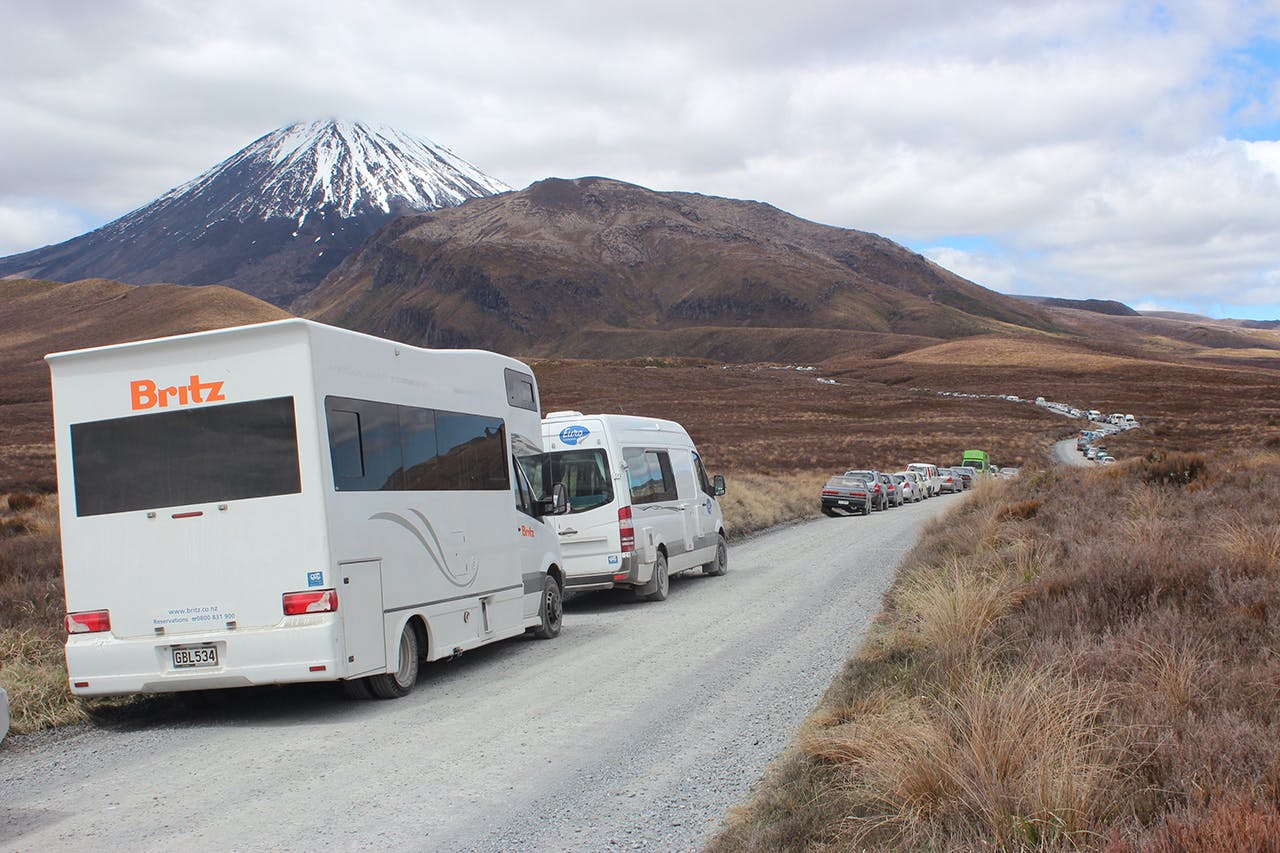 The Department of Conservation at Tongariro National Park has had second thoughts on installing pop-up car parking at the access roads to the Tongariro Alpine Crossing. DOC considered the idea after Labour Weekend when a long line of cars was parked along the Ketetahi and Mangatepopo roads.

But now DOC’s Tongariro National Park operations manager Paul Carr is favouring a different approach and is advising visitors to start taking established public transportation from nearby hubs, such as Whakapapa and National Park villages.

Three years ago, Carr said it was far more common for people to opt for public transport over driving in, but he says the increase in campervans and self-drive visitors has skyrocketed. In addition, better weather forecasting means everyone knows when a sunny day is coming, so there’s a flock to the track as soon as there’s a weather window. “That’s how we get 2000 people all congregating on one or two days,” Carr said.

The TAC is one of New Zealand’s busiest tracks, with 110,000 visitors last year, 75 per cent of which were internationals. The busiest day was over Easter weekend, when 2100 people visited in one day. DOC is expecting 130,000 total visitors this season.

Carr initially floated the idea of closing the Mangatepopo and Ketetahi road entrances over peak visiting times, proposing ‘pop-up’ parking lots that could offer up to 400 car parks near the road ends with buses transporting trampers to the trailheads. While pop-up parking is still an option, Carr’s focus is to encourage people to take a bus or shuttle, for which he says there are hundreds of options each day.

“Whakapapa Village, for example, has a bus terminal and ample car parking, and it’s literally just around the corner from Mangatepopo Road. It would add all of five minutes to your journey,” Carr pointed out.

Rather than closing the road entrances on busy days, they’ll ramp up their traffic control to manage congestion. Once the car parks are full, DOC will indicate to drivers to head to the transport hubs instead.

Carr said that DOC, together with local iwi, Mountain Safety Council, and Federated Mountain Clubs, is looking at viable long-term options for growth management. He said he hopes they’ll be implementing a plan within the next five years.

“It’s about determining what that comfortable carrying capacity is, and when does the perception of congestion start having a negative impact on the visitor experience,” Carr said.

In preparation for the coming season, DOC is also installing six new toilets along the track.

Tramping to save kea 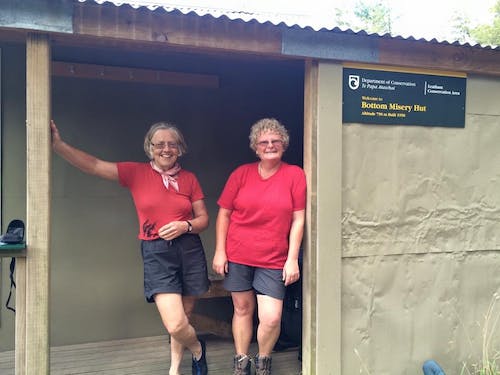 Members from the Buller Tramping Club plan to walk the length of the South Island in order to raise money for kea conservation.

Club chairperson Christine Wellington from Westport is spearheading the effort; she’s set up a Givealittle fundraiser and has several other club members keen to do the walk with her. The money they raise will go to support the Kea Conservation Trust.

Wellington said the idea to walk 1700km – the South Island section of the Te Araroa Trail – came up at the same time as her plan to raise money for kea.

Kea are her favourite bird, and in the last few years she said she’s seen fewer and fewer of them on her alpine tramps. She’s done the Old Ghost Road four times, and every time, she’s seen kea on the trail – but not on her latest trip earlier this year.

“Because you don’t see a lot of them, when you do see or hear them, you sort of stop in your tracks,” she said. They plan to record kea sightings and sounds along the way for the trust.

Wellington chose the South Island section of the Te Araroa because it’s kea territory. She hopes to raise public awareness about their decline through giving talks with the the help of the trust along the way. They’ll wear kea t-shirts, too.

She plans to start the tramp with her hiking partner Muriel Donald in March and hopes to finish by May.

“For us, walking the Te Araroa Trail is a bonus and a privilege. And it’s trying to get funds raised to help save the mountain parrot. What a terrible day it will be if this feisty bird is no longer found in its natural wilderness habitat, no longer enjoyed by the wandering tramper.”

To donate to their campaign, visit the Givealittle webpage. 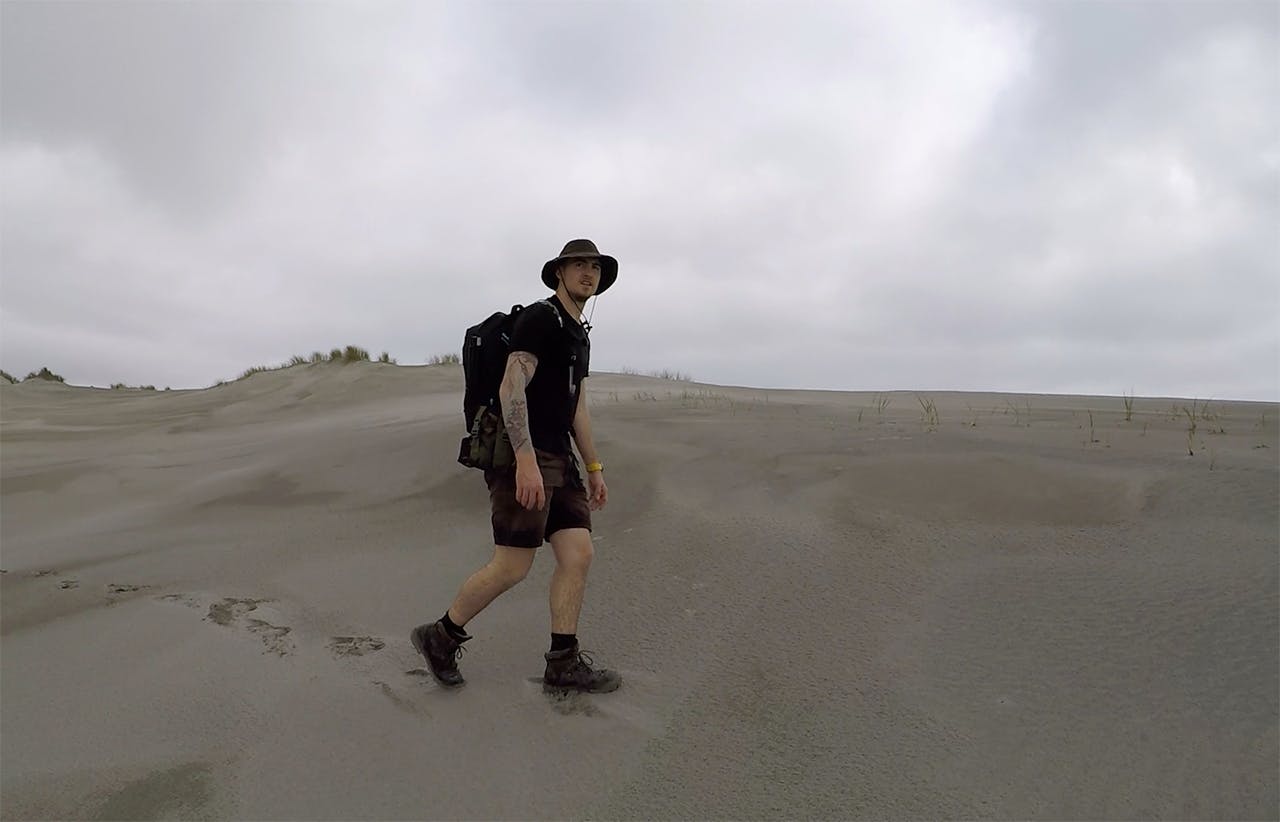 Brando Yelavich is now walking the coast around Stewart Island

The self-proclaimed ‘wildboy’ – Brando Yelavich – is at it again: he’s circumnavigating Stewart Island, all in the name of adventure.

Yelavich is well known for his two-year journey walking around the North and South Islands, during which he foraged for food and relied on the kindness of strangers to accomplish the first walking-circumnavigation of New Zealand. Stewart Island was one the “missing pieces” on his first journey.

Starting from Oban, Yelavich plans to walk 460km, anticlockwise around the island. He hopes to finish the walk in 40 to 50 days. He began his walk on November 10.

Yelavich is going to be self-sufficient for most of the tramp; he’s only carrying 30 meals, which he expects to last him 15 days. When he runs out of food, he’ll forage and hunt with his bow and arrow, eating “heaps of paua, heaps of cod, and hopefully a couple of deer”.

He’s prepared – and seemingly excited – to try one of Stewart Island’s rats.  “This is the cleanest island in New Zealand to try one on, in terms of having no diseases, because most of the rats are native rats.”

Yelavich is following the coastline, which will be full of challenging terrain.

“It’s pretty swampy, big cliffs, lots of scrub – it’s never been done before,” he says, adding that there’s not much information about how to do it.

It’s not the terrain that really worries him, though; it’s the hunters. He’s concerned he might get accidentally shot, so he’s packed plenty of bright clothing in order to stand out.

“I’m always nervous walking into the unknown. But I know it’s going to be a real adventure.”

To follow Yelavich on his journey, visit his blog at wildboyadventures.com, where he’ll be posting regular updates. 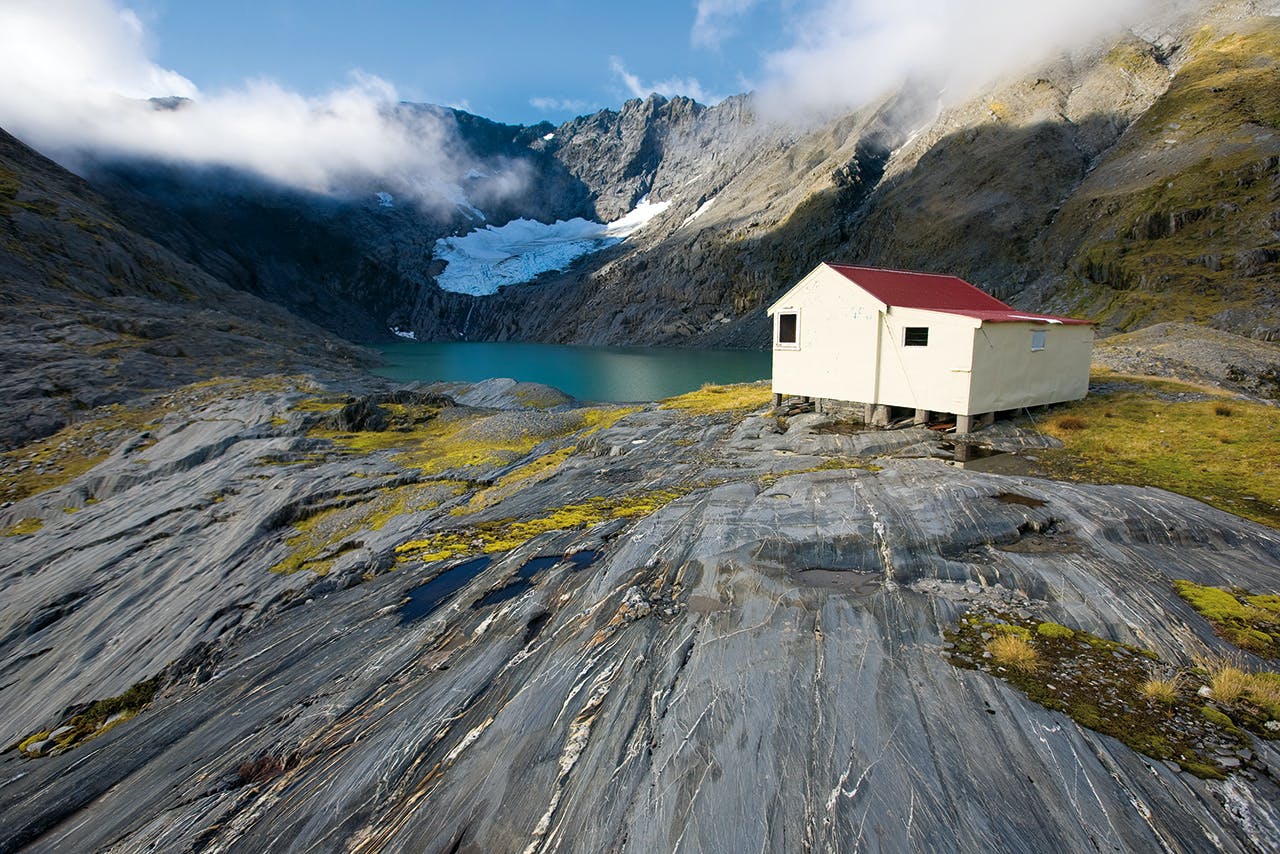 Ivory Lake Hut was voted Hut of the Year in the 2016 Outdoor Awards. Photo: Mark Watson

Ivory Lake Hut won Hut of the Year in the 2016 Wilderness Outdoor Awards. Sadly, we’ve not been able to deliver its award.

But we feel we cannot leave its walls unadorned any longer: are there any readers heading to this stunning and remote hut this summer who would be keen to deliver its award for us? It’s a two to three day hike in, over some pretty demanding ground, so you’d need to know what you’re doing.

Take a photo of the award on location so we know it’s been safely delivered and we’ll give you a free annual subscription to Wilderness and maybe a couple of other goodies scrounged from our prize cupboard.

If you’re keen to give it a go contact editor@lifestylepublishing.co.nz.

Give us your two cents

Attention Wilderness readers: we want your feedback! It’s time for our annual reader survey, so you can help shape the future of the magazine. Tell us what you think, and you’ll go in the draw to win one of three Coast HL7 headlamps.

Head to the homepage or search ‘reader survey‘ to share your thoughts.