They’re two bugbears that Te Araroa Trail walkers have repeatedly, if unfairly, come under fire for: not paying hut fees and not disposing of their toilet waste properly.

Wilderness has reported on several instances where huts and tracks on the trail have become littered with human faeces and toilet paper. Anecdotally, readers have reported encountering groups of foreign trampers who don’t appear to have purchased hut tickets.

But Te Araroa Trail Trust chairman Rob Wakelin said both these concerns are overblown, and it is not fair to blame Te Araroa Trail walkers for such issues. He pointed out that just 350 thru-walkers attempted Te Araroa in 2015-2016. He compared that to the millions of visitors overall to New Zealand: “It’s no news to anyone in the country that tourism is putting pressure on infrastructure in New Zealand.”

However, Wakelin said the trust is working with DOC to rectify pressure-related problems along the trail.

One solution under discussion is to create a ‘Te Araroa Trail fee’ that would encompass a hut pass for the entire trail, donations to the trust to help fund trail maintenance and facilities, and fees to those private campsite and hut owners who currently rely on donations.

“The conversation has started,” said Wakelin. “It will take a bit of discussion and I’m pretty cautious – I want to get it right before we launch it, not launch it first and then play catch up.”

Wakelin expects to have the one-stop-fee established by the middle of next year, in preparation for the 2017-18 walking season.

The trust has also applied for Community Conservation Partnership Fund money to build more toilets, shelters and water facilities along sections of the trail in Northland. It will find out later this year if its application has been successful.

And to encourage walkers to bury their waste, Wakelin said the trust had added a trowel to the recommended gear list for thru-walkers. 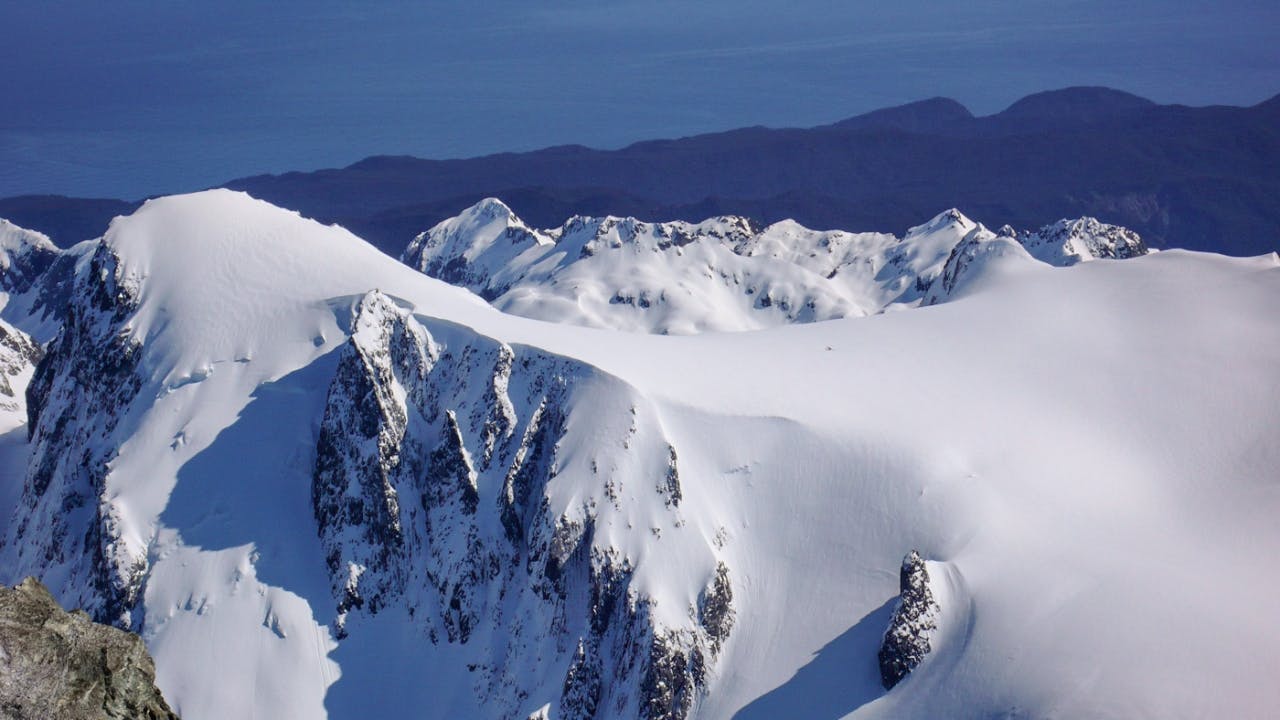 Up to 80 helicopters a day will be allowed to land on the Ngapunatoru Ice Plateau – in contravention of the FNP management plan. Photo: Jaz Morris

The Federated Mountain Clubs said it was “deeply disturbed” to discover the extent of closed-door discussions between DOC and the aviation industry, which led to DOC recently overriding the statutory limits for aircraft landings in the Fiordland National Park Management Plan FMC  is now asking the Ombudsman to intervene.

It is the second breach of a national park plan uncovered in three years. In 2015, the Ombudsman, Professor Ron Paterson, described a similar DOC decision to override limits on Routeburn Track concessionaires as ‘nonsense on stilts’.

FMC President Peter Wilson described the situation revealed through an Official Information Act request, as “revealing, disturbing, and casting doubt on DOC’s ability and willingness to regulate the tourism industry in accordance with management plans”.

Last year there were a number of private workshops and conversations between the aviation industry and DOC, which led to DOC’s decision to override the Fiordland National Park’s management plan and allow an increase in the number of daily helicopter landings on Mt Tutoko’s Ngapunatoru Ice Plateau from 10 to 80.

“DOC planning staff are revealed as enabling this through their ‘brilliance’ at finding loop-holes in the law,” said Wilson.

Wilson said DOC is under a great deal of  pressure from the tourism industry to increase landing opportunities on conservation land. “Where pressure occurs, it appears that DOC staff are only too willing to say yes, even if that means ignoring statutory plans.”

Wilson said FMC wants the ombudsman to undertake a review of DOC’s statutory planning department to make sure it is “fit for purpose, because we don’t think it is”.

Hot under the collar 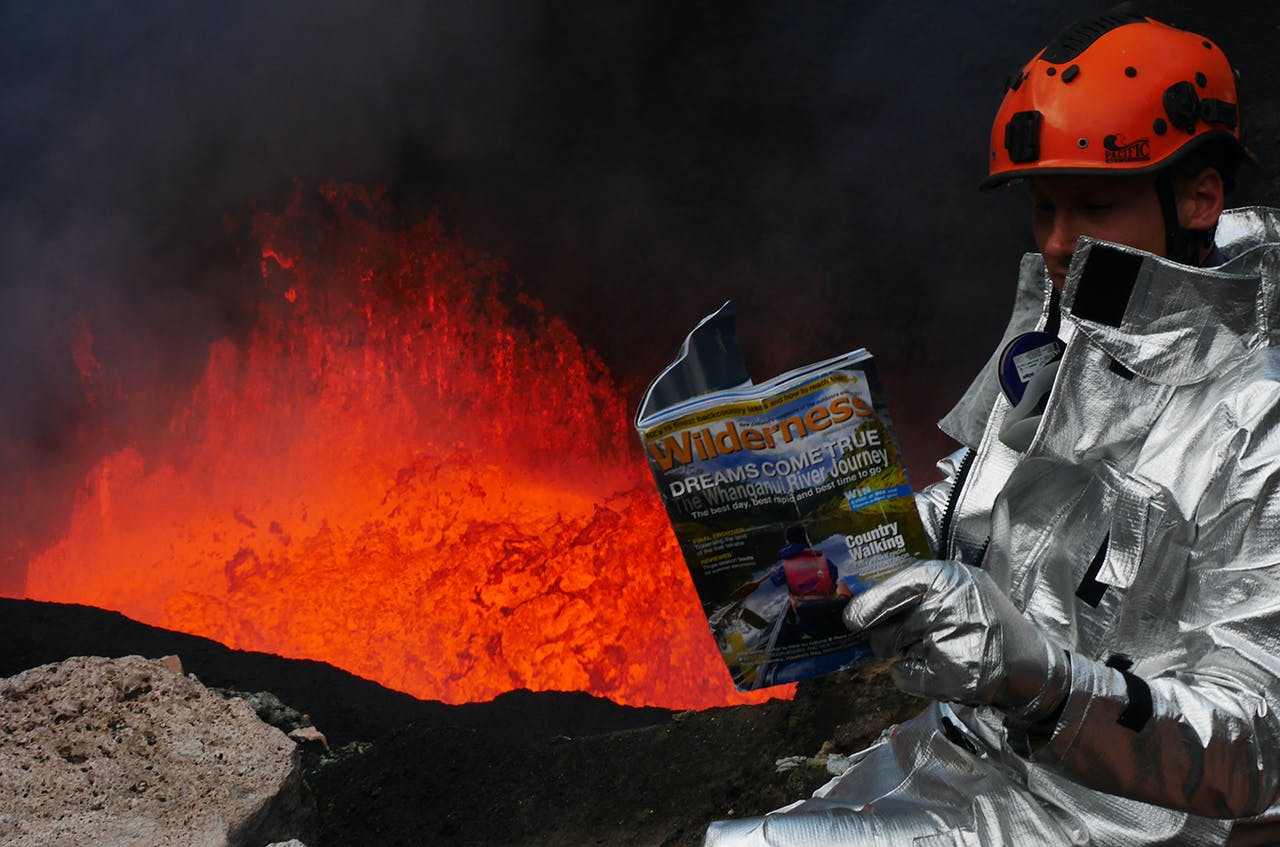 Why wouldn’t you read Wilderness on the rim of a volcano? Photo: Brody Radford

Reading Wilderness by the warmth of a hut fire is one thing, but taking the magazine to Vanuatu to read beside a piping hot lava lake is taking things to another level entirely.

Aucklander Brody Radford took his December issue of Wilderness on a 10-day expedition to Benbow volcano on Ambryn Island late last year. He’s pictured just 100m from the lava lake. “It’s like looking at the sun,” said Radford of the molten lake. “You can only look at it for a couple of seconds – it’s just too hot.”

30 years of Hunting and Fishing 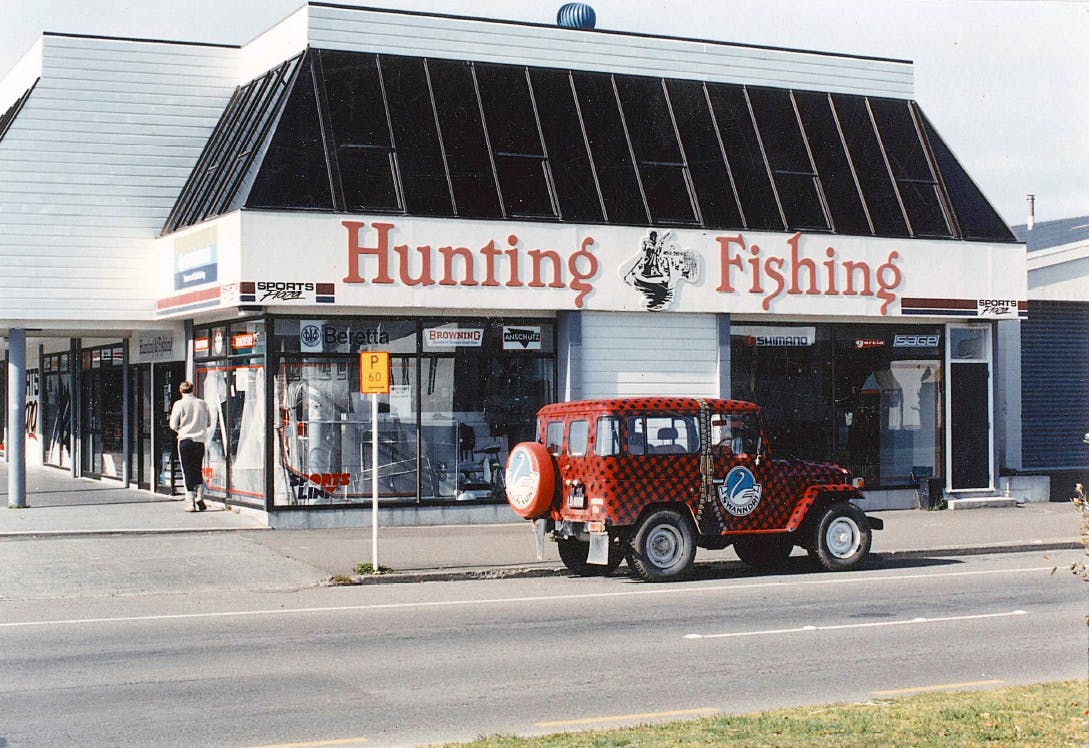 Going to run about 100 words here to fill the required space, that’s all.

Best ever breeding seasons for kakapo and takahe 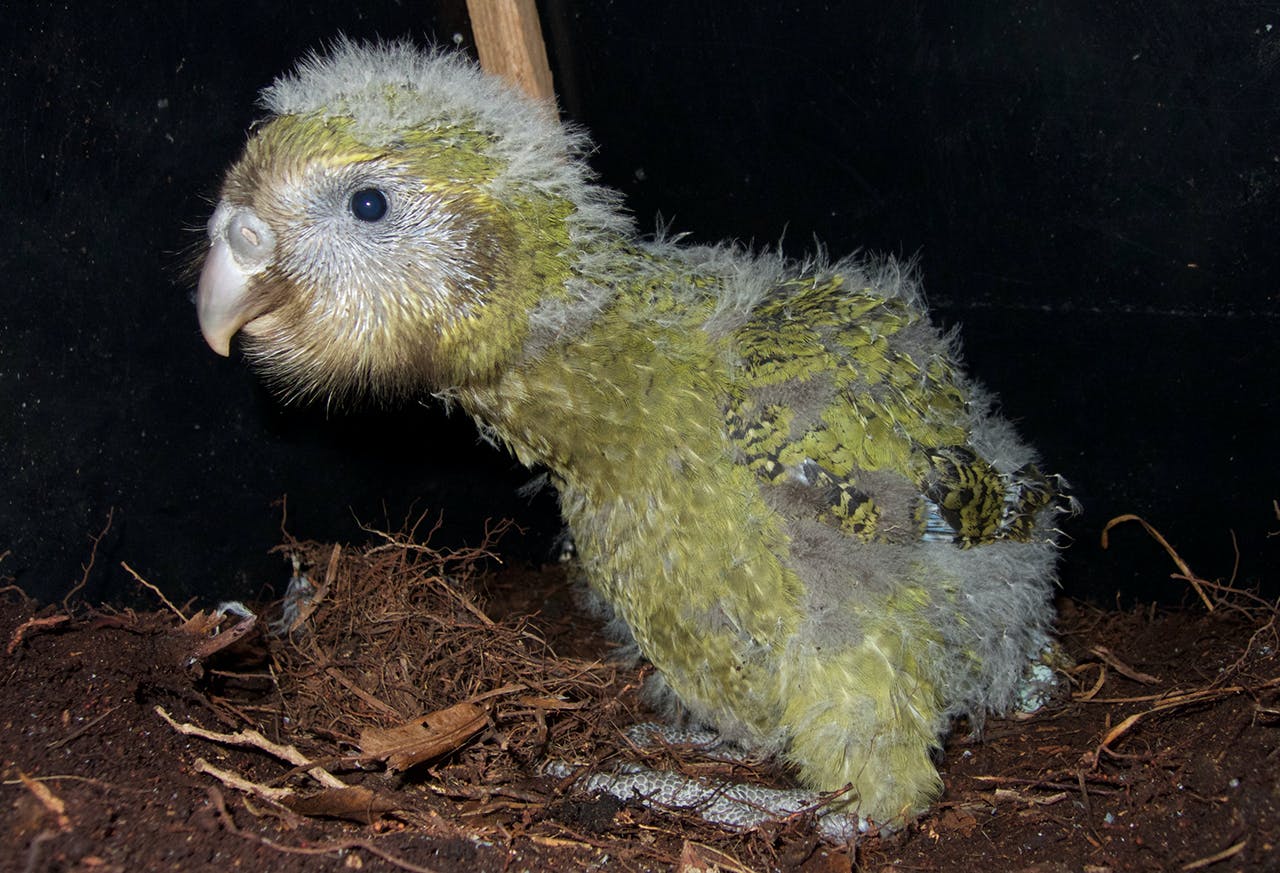 One of 34 kakapo chicks to survive the this season. Photo Andrew Digby/DOC

There’s been good news for two of New Zealand’s threatened bird populations as the kakapo and takahe recovery programmes have both reported the best breeding season ever.

This year, 34 kakapo chicks survived their first months and have boosted the total number of the critically endangered bird to 158.

Dr Andrew Digby said while he was pleased with the results, there’s still plenty of work to be done in order to protect the growing population. One major step has been the launch of the Kakapo 125+ project to genetically map all living kakapo.

“We’ll know everything about every gene in every bird, which is pretty exciting. The main thing we’ll be looking for, from a conservation point of view, is fertility,” Digby explained. Infertility is one of the biggest problems for kakapo with only half of all eggs laid hatching.

“It will really help us with our conservation management in the future,” said Digby.

The takahe population also saw a positive boost this season, with 40 new chicks. “It’s the best year we’ve ever had,” Digby said. That brings the current population up to about 300.

The recovery programme’s next focus for takahe is to find another breeding area to complement the large site in the Murchison Mountains.

A similar issue is facing kakapo; the team is looking for another pest-free breeding ground for the birds, as both Anchor and Codfish Islands are full, with about 70 birds on each.

“This bumper breeding season has suddenly thrown up the issue of where do we put kakapo next?” said Digby.