Rescues up in Tongariro National Park

It’s been a busy summer for search and rescue crews in Tongariro National Park with 13 operations conducted over the busy summer months.

Three rescues were made in a single afternoon in February. National Park police constable Aaron Owen told Wilderness the 13 rescues this summer compares to just eight last year. He also said there have been 29 rescues during the financial year, compared to 20 in the previous, a 45 per cent increase.

Owen said the rescues have involved a mix of people, some Kiwis, some tourists and some groups, including trail runners who misjudged the weather and got stuck between streams.

“There’re a few people who’ve not planned ahead properly or who’ve gone out when it’s not suitable for what they want to do,” he said.

First, emergency services were notified of a tourist from Ireland who fell and broke his collar bone and dislocated his shoulder while descending Mt Ngauruhoe. On the way to the scene, the Youthtown helicopter was diverted to assist a 69-year-old man who was having a heart attack near Red Crater on the Tongariro Alpine Crossing.

Paramedics performed CPR and used a defibrillator to resuscitate the patient before flying him to Taupo Hospital and then on to Waikato Hospital’s Cardiac Care Unit.

Volunteer RARO members climbed Mt Ngauruhoe to treat the injured tourist from Ireland. As they located him in heavy cloud cover, police received a call that a woman on the summit with an injured knee also needed assistance.

The Youthtown rescue helicopter returned and another two RARO volunteers were sent to help the two injured day trippers. Due to the cloud cover, the RARO members had to move both patients to locations where they could be picked up safely.

In March, Stewart Island/Rakiura National Park celebrated its 10th anniversary since officially opening on March 9 in 2002.

New Zealand’s 14th national park, with about 245km of walking tracks, covers approximately 157,000ha and makes up about 85 per cent of Stewart Island/Rakiura.

Out of all the other Southland Great Walks, the Rakiura Track has the highest percentage of New Zealanders walking it. Of the 5,145 people who walked it in the October 2010 to April 2011 period, 46 per cent were from New Zealand.

DOC southern islands acting area manager Sue Larson said the task of preserving Rakiura National Park’s special values has been a collaborative effort, with locals, national and international visitors, volunteers and businesses all contributing to the many outstanding conservation and recreation achievements over the past 10 years.

“Although the island only has about four hundred permanent residents, the passion, dedication and commitment to the preservation of the island is evident in the number of active conservation groups,” Larson said.

One of the groups, the Stewart Island Rakiura Community Environment Trust (SIRCET) has established a 210ha pest control programme that includes about half of the township.

With sponsorship they have organised a scoping study into the feasibility of eradicating possums, rats and cats from the whole of Stewart Island.

“This ‘in your backyard’ approach has resulted in a high level of volunteerism and a real growth in understanding about the importance and benefit of conservation work”, Larson said.

DOC plans to celebrate the anniversary with a community event later in the year to coincide with the completion of the upgrade of the Rakiura Track Great Walk. 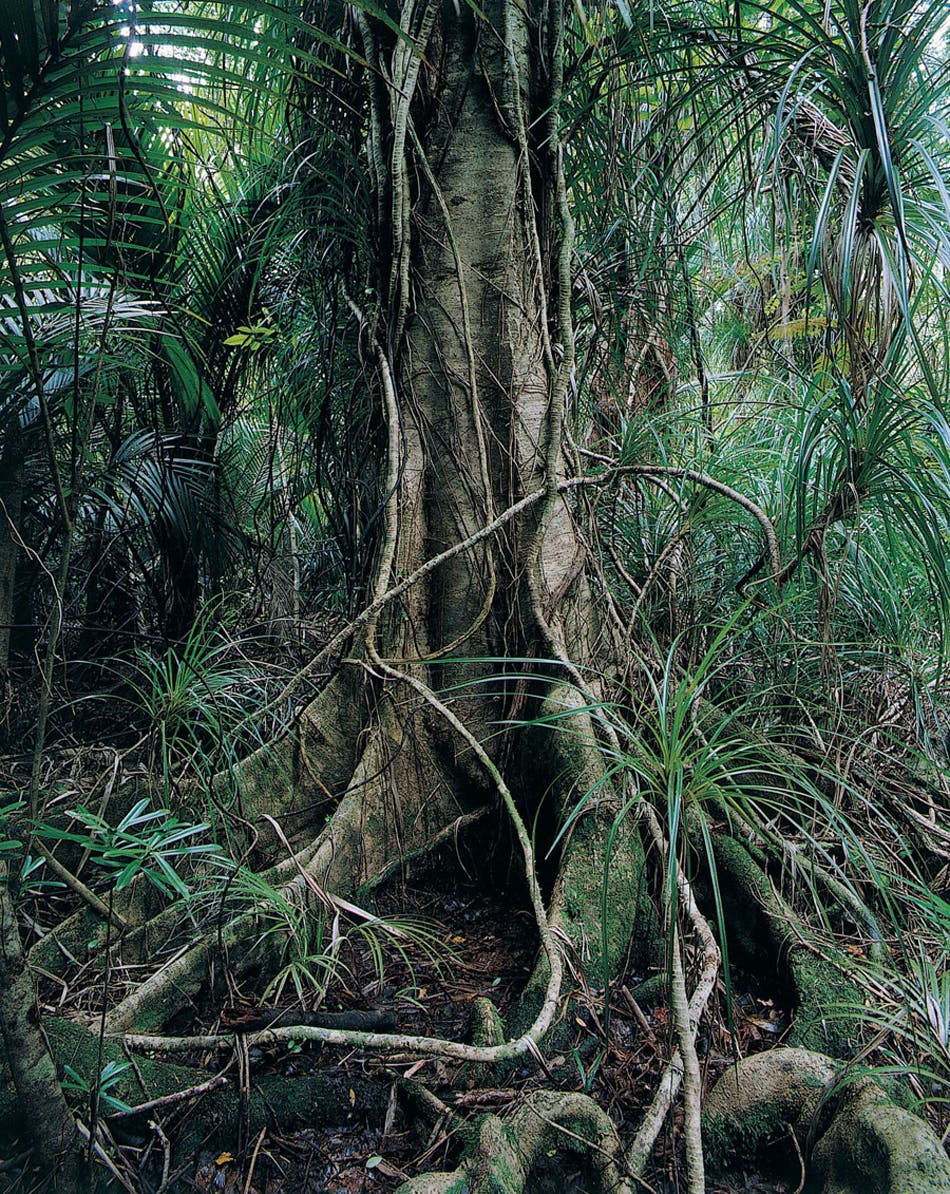 Kahurangi National Park is set to grow by 333ha following the purchase of private land beside the park.

The purchase was made by the Nature Heritage Fund mainly because the area is home to number of rare and endangered species such as the giant land snail and is home to one of the region’s last remaining lowland coastal populations of the great spotted kiwi. However, Nature Heritage Fund manager Allan McKenzie said the purchase will enable more recreation opportunities including remote camping.

Conservation Minister Kate Wilkinson said the popularity of Golden Bay as a holiday destination, which has led to more and more people making the trip to the lighthouse, was a key driver in making the purchase. “Kahurangi Point remains an iconic destination for back country trampers,” she said. “This land purchase makes access to the point and its historic lighthouse easier.”

The purchase means a 55km stretch of coast from the Heaphy River in the south to Big River in the north is now all public conservation land.

“It’s a stunning piece of coastal lowland forest in a part of New Zealand not many people know about,” McKenzie said. “It has dense rainforest at sea level – you don’t see that often.”
The land is currently protected as a scenic reserve and McKenzie said it could take quite some time before it is incorporated into Kahurangi National Park. 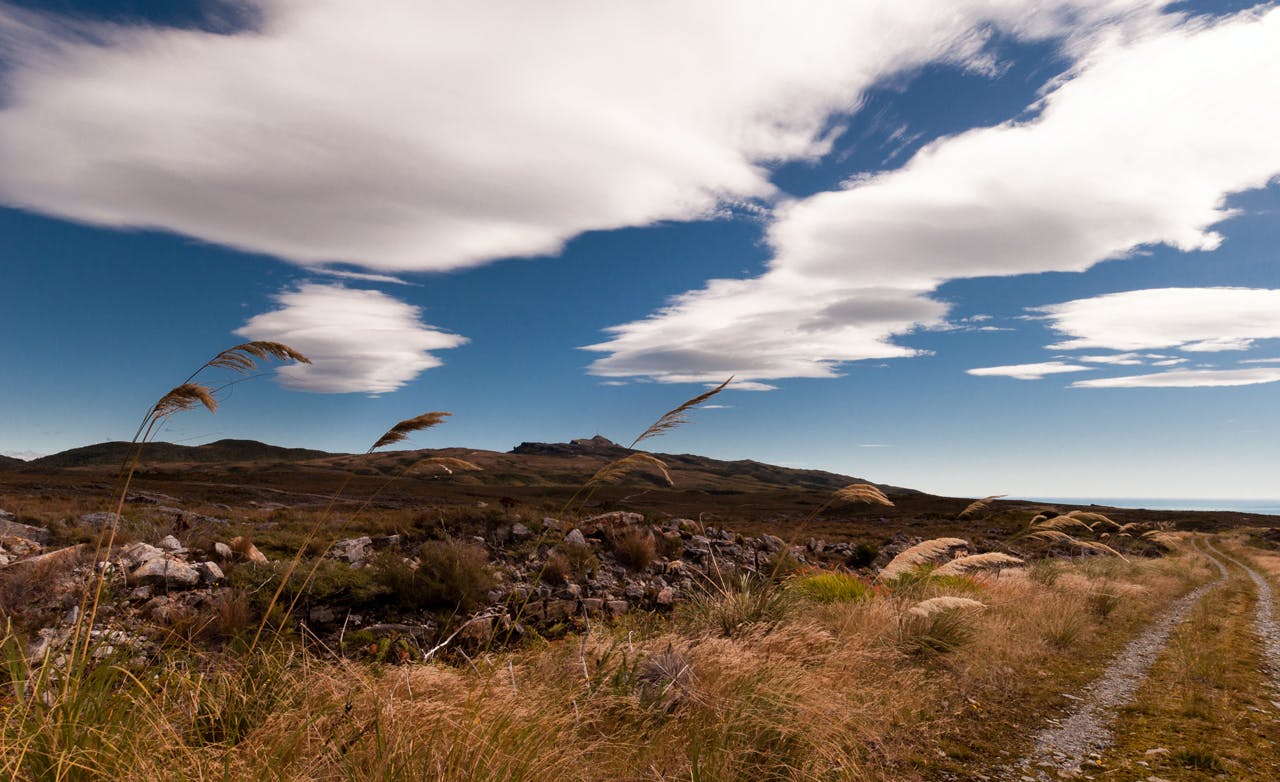 The Denniston Plateau could soon be the site of intensive mining operation/ Photo: Fraser Crichton

The proposed coal mining operation on Denniston Plateau is dividing the local outdoor communtity with Buller Tramping Club saying it is concerned the controversial mine will compromise its enjoyment of the area while the Buller Cycling Club supports the proposal.
Bathurst Resources’ proposal to mine 6.1 million tonnes of coal from 160ha on the tops of Denniston Plateau is before the Environment Court and the mining company hopes to start digging after a hearing expected to be held later this year.
Public consultation on the proposal has been opposed by Minister of Conservation Kate Wilkinson despite an assurance before the November elections that the National Government would allow it.
President of the Buller Cycling Club, AJ Power, told Wilderness that Bathurst Resouces has promised to continue to allow public access to the tops and will either build or fund new mountain biking tracks for every track it removes.
Power believes the touted economic benefits of the mine are important for the West Coast. He said events like the Denniston Chaingrinder race held in March wouldn’t be possible without the support of sponsors like Bathurst Resources.
“Without a good local economy, our cycling club wouldn’t exist because we just wouldn’t have a big enough population to justify it,” he said. “We need people to live here to take part in it and the club isn’t big enough to organise an event like that on its own.”
Deena Carson, manager of Habitat Sport retail store in Westport, which also sponsored Chaingrinder, said the mine will affect some tracks, particularly Whareatea Track, but that Bathurst Resources has promised to fund 1.5km of track for every kilometre of track lost.
Carson, originally from gold mining town Waihi, refused to comment on how the open cast mine will impact the scenic beauty and ecology of the open tops.
“I definitely have my personal opinion, but because of my position here I’m not prepared to say it publically,” she said. “As a retailer and knowing this town I can’t comment on that.
“Most peoples’ husbands, wives or family rely on mining in Westport to some level.
“Even people that have an opinion on it, unless they’re somebody whose family isn’t supported by [mining], aren’t going to speak their mind.”
Buller Tramping Club, however, met to discuss Bathurst’s plans in March and issued a statement to Wilderness.
The club is concerned that although the current Bathurst proposal affects only a small portion of the plateau, ‘a much bigger area is planned’, the statement said.
‘Club members go up there regularly to enjoy the flora and fauna while following the maze of old roads and tracks,’ the club stated. ‘At present we are free to wander over a large area and to climb nearby Mt William which offers tremendous views once the top is reached.
‘Any further industrial development, with the attendant noise and visual degradation, would restrict our activities and compromise our enjoyment of the area.’


The land is currently protected as a scenic reserve and McKenzie said it could take quite some time before it is incorporated into Kahurangi National Park.

As Outward Bound celebrates its 50th anniversary this year, the organisation has been looking at how things have changed from one generation to the next.

“Anecdotal feedback from recent course participants and instructors has shown that today’s youth are facing a myriad of challenges from drug and alcohol pressures through to unemployment, violence in schools, obesity and consumerism,” said CEO Trevor Taylor. “While the issues affecting students that walked down the jetty at Anakiwa 50 years ago may have been slightly different, the way to help them meet those challenges remains the same.”

The Internet, mobile phones and drugs like P may have come on the scene, but Taylor believes what has remained the same over the years is the need to give young people the opportunity to discover “who they really are and what they are capable of” in an environment free from the issues they may be dealing with in their daily lives.

“Removing people from their daily environment and associated pressures for 21 days to attend a course has been the key to the organisation’s success in bringing about lasting and profound change in course participants,” he said. “Over the past 50 years we have heard countless stories from our alumni that Outward Bound was a life-changing moment when the ‘light bulb’ suddenly went on for them.”

More than 52,000 New Zealanders have completed an Outward Bound course.

The organisation plans to celebrate its 50th with a range of regional and national events involving past and present students and staff.

“Fifty years is a momentous achievement for a New Zealand organisation and we are looking forward to celebrating the contribution that Outward Bound has made to so many New Zealanders’ lives.”