Read more from the
January 2020 Issue

Read more from the
January 2020 Issue

It can take a bit of effort to find peace and solitude while travelling through the West Coast’s glacier country, but it can be worth it. Even in the region’s tourist hubs, wilderness is never more than a stone’s throw away.

Just south of Fox Glacier, an inconspicuous DOC sign marks the start of the route along the Fox Range where the initial climb to Mt Fox viewpoint is relentless, gaining 1200m over the course of two kilometres.

The terrain is rough and I found myself crawling up wet and muddy sections of trail. At times, there are what could only be described as ladders consisting of roots and branches. Thick, wet rainforest pressed in from all sides.

On my trip, when I finally broke out of the bush onto tussock slopes, it was to be met by a wall of thick cloud – a common feature in the region during the middle of the day when a blanket of clouds often rolls in off the Tasman Sea. Early morning and late afternoons have a higher likelihood of clear skies.

The official route ends at Pt1345 and the trail leading east from this point soon peters out into the untracked wilderness.

My destination was a campsite previously scoped out on the topo map, between Pt1345 and Pt1646, next to a group of small tarns. The going was slow and with visibility reduced to 20m or less at times, there was a chance of getting bluffed. After fumbling around in the mist and with compass guidance, the campsite was finally located. 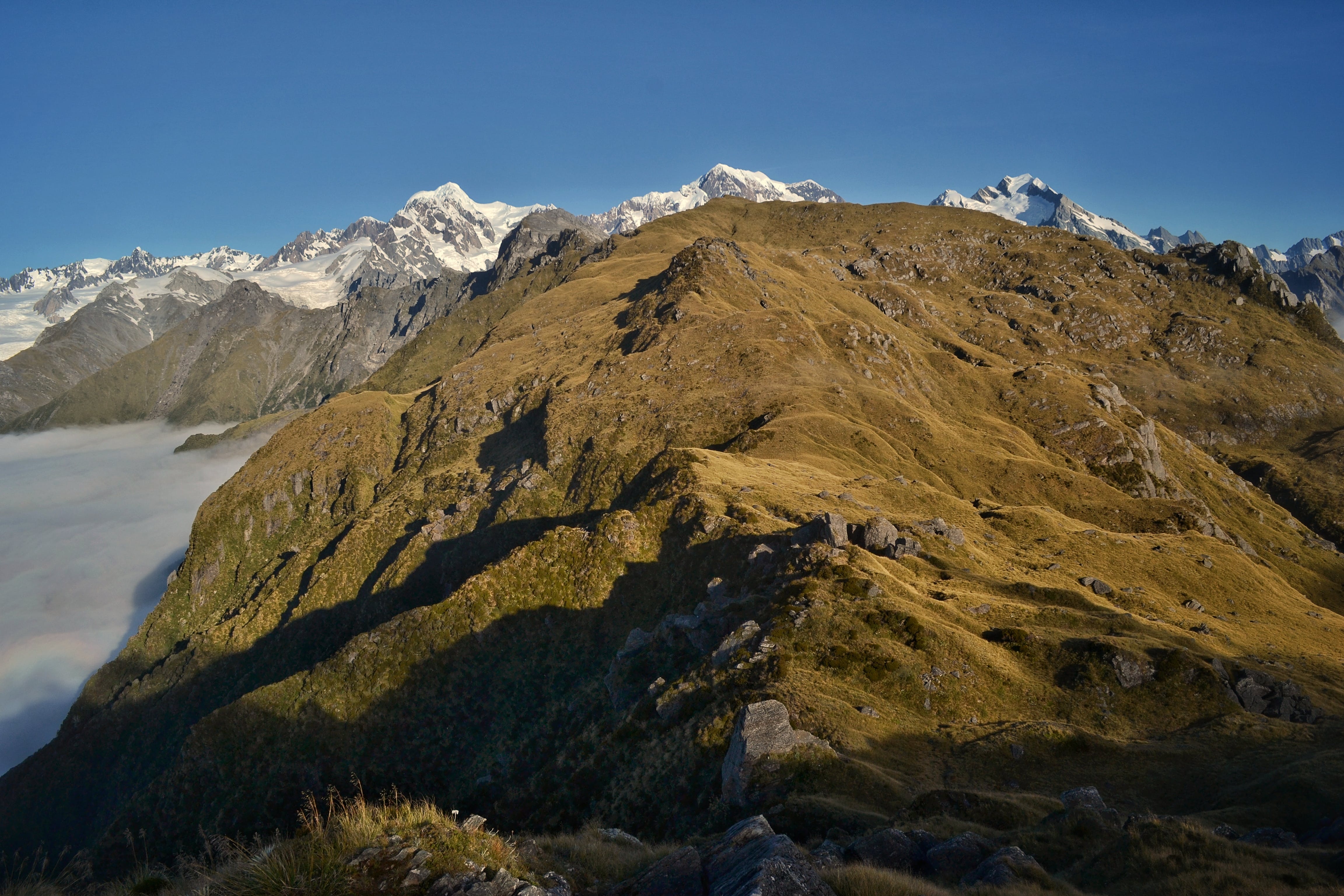 View to the east along the Fox Range to the Southern Alps. Photo: Erik Nilsson

As evening approached, the low-lying clouds lifted to reveal extensive views of the Southern Alps, Fox Glacier and the setting sun over the Tasman Sea. It had all been worth it.

Next morning, was a bluebird day perfect for further exploration of the Fox Range. The tramp along the ridge to Craig Peak was fairly straightforward with only a few of the steeper sections proving a bit of a scramble – but nothing too difficult. Standing on the summit of Craig Peak, I could see far below tiny helicopters ferrying tourists onto the Fox Glacier. I felt totally removed from it all.

I returned to my campsite and filled my water bottles from the tarns – water is hard to come by on the range.

Heading back, the descent through the bush proved to be equally as rough as it had been on the way up. Great care was needed on the wet roots.

This hike can give trampers the feeling of being further removed from civilisation than they really are. For the amount of effort put in though, the reward can be very high indeed.