More and more people are choosing lifestyle over corporate opportunities and three towns in particular are drawing more mountain bikers than any other. By Derek Morrison

For many years Queenstown had pockets of exceptional high-end trails like Dream Track – a mega-jump course near Fernhill and Gorge Road. It had some great trails too like the infamously challenging Fernhill Loop and the downhill-inspired Vertigo Track. But a few years ago it became supercharged for mountain biking when the locals finally infiltrated the Skyline Queenstown ranks in enough numbers to hold sway. They convinced them to trial the gondola as an access for mountain bikers.

So it goes a little bit like this: buy a pass for $75 and ride the gondola 450 vertical metres to the top of the trail network at Ben Lomond Reserve then choose one of 12 trails to ride on your return to the base station to do it all over again.

There are more than 30km of trails so start out with Hammy’s Track and branch out from there. Then try the network at Seven Mile or one of the area’s backcountry epics such as the Moke Lake Loop.

Can you imagine any better way to spend a summer? 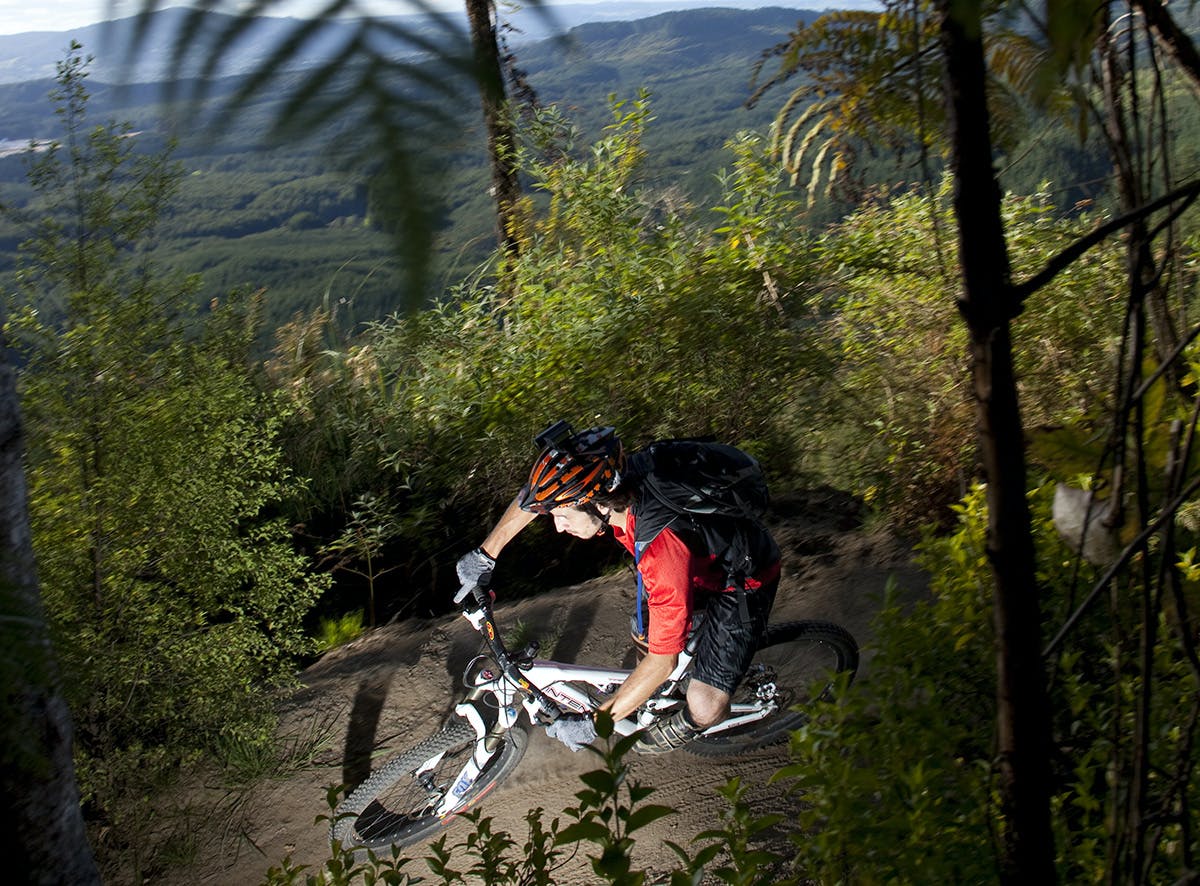 You have to love Rotorua for its ability to transform in an instant and we don’t mean the fact that it’s perched on one of the thinnest sections of the earth’s crust. We’re talking about its ability to embrace the sport of mountain biking. Ten years ago Rotorua was a tourist Mecca as it processed travellers through attractions that varied from geothermal wonder to Maori culture with the precision of a factory production line. But locals who weren’t involved in tourism wondered why they lived there.

Rotorua has some of the greatest walks, rivers and lakes in the country, but in the township itself something was missing.

In the mists of the Whakarewarewa Forest something was happening. A couple of lads were building trails to ride their bicycles through the giant redwood trees. It started with the Roller Coaster Trail and now there is a labyrinth of trails that are refined each year. At some point, a few years ago, the value of the riders descending on Rotorua to ride the trails in the forest outgrew the value of the trees themselves. Regular trans-Tasman flights were put on to cater for the trail lust of the Aussies.

Rotorua claims to be the spiritual home of mountain biking – a claim that is hard to argue with. Especially if you’ve just linked Split Enz with Pondy New, Roller Coaster and Chop Suey back to the shuttle pick-up. 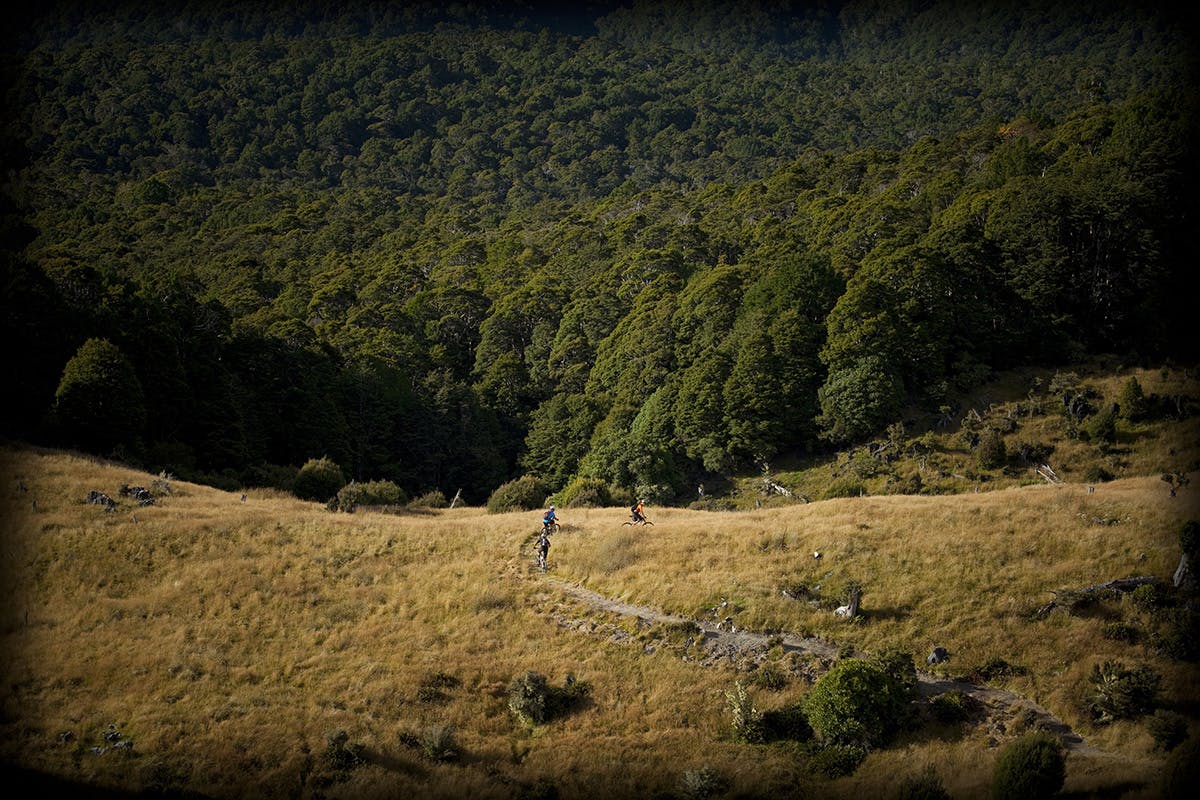 Nelson is an up and coming MTB destination. Photo: www.derekmorrison.co.nz

Nelson has a slowly brewing concoction of trails and riding areas that have already convinced international mountain bike greats to call the city home.

Nelson has many trail networks close to the city – like the Grampians in the south and The Codgers MTB Park just over the Maitai River. Each of these parks offer trails for the after-work hit out – and the climate helps to ensure it’s a consistent frolic.

Then there are the satellite trail networks and epic rides all accessible just a little further from the CBD. Try Kaiteriteri Mountain Bike Park with the family or loop the Canaan Downs before dropping into Golden Bay via the world-famous Rameka Track. We haven’t even booked in a weekend for the Coppermine, Kill Devil, Queen Charlotte or D’Urville Island yet.

Nelson mountain bikers are a dab hand at organising regular heli-rides for those with a little less fitness and a lot more nerve.