After the nation wide lockdown went into effect, some Te Araroa Trail walkers emerged from the bush to a very different New Zealand.

Two Te Araroa Trail hikers walked 85km in just over 24 hours in a bid to find safety after discovering a country-wide lockdown was due to take effect within a matter of hours.

Becca Rolon, from the US, and Diarmuid McInerney from Ireland, were hiking in Takitumu Conservation Area in Southland on Wednesday afternoon when they were told by another TA hiker that everyone had to head into self-isolation for four weeks.

“The last we heard when we were in Te Anau was there was still only one case in the South Island,” Rolon said. “But then on Tuesday night there was no one at the hut [Aparima Hut], which was very strange, and no one came the next morning.”

Still far from any main road they said they had no choice but to keep hiking.

“We were in shock and didn’t know what to do. We made 10 peanut butter and jelly sandwiches and decided we had to walk all night until we got help.”

The couple walked through the Takitimu Mountains in the dark, climbing to over 1000m, using just one head torch between them and had to cross two rivers.

“We thought ‘should we be doing this?’ because we’d never walked like this before, but it was an emergency,” Rolon said.

Eventually the couple abandoned the trail after seeing a 4WD track on the 12,000ha Mt Linton Station, one of the largest private stations in the country. After walking through the farm for a further 25km, they reached the Ohai-Clifden Highway on SH96 at about 5am on Thursday morning.

They called the Government’s Covid-19 hotline and were told they would either have to find transport or keep walking. Unable to find a taxi or shuttle still operating, they continued on foot.

Initially they believed the lockdown wasn’t taking effect until Friday night as they’d heard people had until then to get to a place to self isolate, but the reaction of the public on the road made them realise they’d misunderstood.

“People driving past were looking at us really funny, shaking their heads and two people filmed us. Then we looked online and discovered the lockdown had already started.”

Getting desperate, the couple called the police but were told they were unable to pick them up. Fortunately, a passing police car later stopped and helped them at midday – more than 24 hours after they set off from Aparima Hut.

“He was really nice and after he heard we had been walking all night he took us straight to get hot food and coffee and he even offered to pay for it. We were really scared but he took all of that fear away.”

The couple were later taken to Invercargill airport and flew to Auckland on Thursday night. They were staying with people they had met via the Te Araroa Trail Angels Facebook page.

“I don’t know what we would have done without them. We probably would have been in our tent for a month.”

More than 100 TA hikers appeared to be caught out by the lockdown – a Facebook group called ‘TA Hikers Stranded in NZ’ had 107 members. It is understood most had been taken in by other ‘trail angels’ or had been able to stay at campgrounds for the next four weeks.

Rolon said there were three other TA hikers at Invercargill Airport, but they believed others may still be on the trail, unaware the country was in lockdown.

“People who are north-bound on the TA could be walking through the Richmond Ranges, which is 10 days without reaching a town. People could come out without having any idea what has happened because a lot of people choose to stay disconnected.

“The police also said they expected more people to come out of the woods because sometimes hunters go into the bush for three weeks at a time.”
After starting at Cape Reinga in October, Rolon and McInerney had just 83km left of the trail when they were picked up and they hoped to return after the lockdown to finish the journey.

While having to abandon the trail had been disappointing, they were enjoying some much-needed downtime.

“We had all this anticipation of finishing the trail, getting a massage, getting a haircut, but we can’t get that now. But we’ve been craving food and we haven’t had a kitchen in almost six months, so at least we can cook.

“When I finished I wanted to have two or three days of doing nothing and now we’ve got four weeks,” Rolon said.

The couple are two of dozens of Te Araroa Trail hikers who have been forced to cut their trek achingly short of the finish line at Bluff. 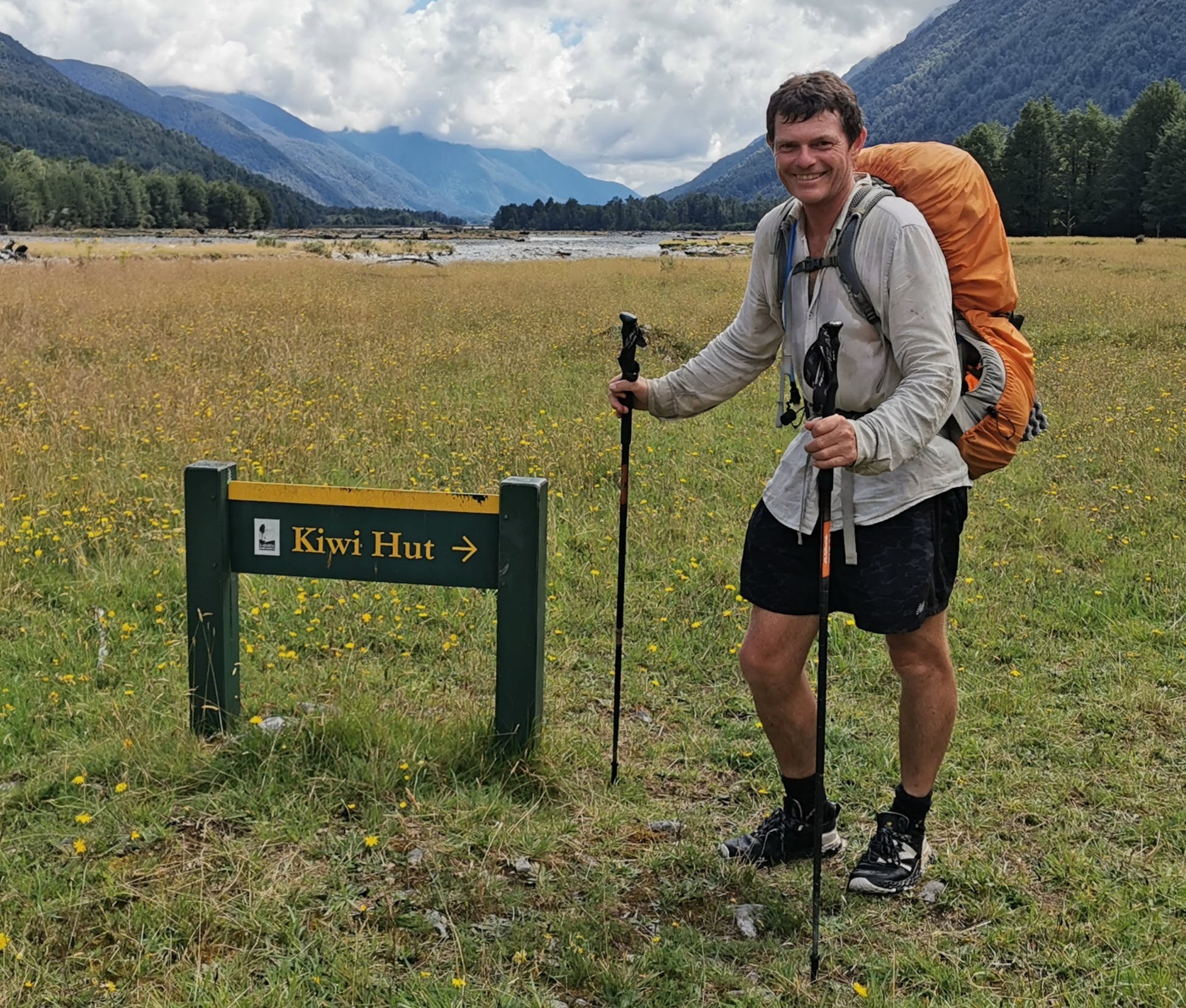 Erin Roughton was just nine days away from finishing the trail. Photo: Supplied

Erin Roughton, from Nelson, left the trail on Saturday, March 21, just nine days and 250km short of finishing. He was hiking near the Mavora Lakes in Southland when his wife messaged him that people were advised not to travel and he hitch-hiked to Te Anau and rented a car to get back home.
Roughton was able to keep up with information using his InReach device, which could receive messages without cell phone reception, but he said most hikers weren’t able to keep up with the news.

“It was so hard to comprehend the scale and speed of what was happening,” Roughton said. “A lot of people didn’t realise how difficult things were getting.”

But he said news did pass along the trail quite quickly as those who had been in town or within cellphone reception passed on the information.
Roughton, who started the TA on November 10, said it had been an “absolutely fantastic experience” and planned to go back and finish the last 250km.

He said he had been experiencing some ‘post trail blues’, especially having not finished the trail and having gone into isolation.

“It’s like going from one extreme to the other. It does give you a hollow feeling [leaving the trail]. I’ve had this goal for four months and was so close to the end.”

But he said it would be much harder for hikers from overseas, who might not be able to return to finish the trek.

Te Araroa Trail Trust chief executive Mark Weatherall said while the majority of TA hikers had finished earlier in March, there were still dozens of people who had to abandon the trip in the past week.

“The majority were just about to, or had come to, the end of the trail,” Weatherall said. “Had this occured in January, it would have been a very different story.”

He said Kiwis had been incredibly generous providing accomodation to those left stranded by closed borders and the lockdown.

“Fortunately, there are some amazing people out there offering to help isolate people for four weeks.”

While he said some hikers may attempt to finish the trail later this season, most would wait until next season.

But now he was concerned some businesses on the trail, such as campground and shuttle operators, may not be able to get through the downturn in tourists.

“The reality is some small businesses may not be there next season.”