Nail polish isn’t usually part of the cycle tourer’s kit. But that wasn’t the only thing out of the ordinary about Louise Sutherland. Her cycling accomplishments are astounding. She routinely biked between Dunedin and Oamaru as a student nurse, and spent her holidays cycling the southern region, including the Crown Range and even the Greenstone Track (more pushing than riding). She then headed overseas to cycle in 54 countries.

Her happy-go-lucky style meant she didn’t plan much, always expecting things to work out; “Something will happen, it always does”. Her first European cycle tour began with a choice to turn away from a strong head wind. Whatever direction the wind took, she would follow.

In 1978, aged 52, Louise became the first person to cycle across the Amazon. Despite other people’s horror at the idea, she achieved her goal. It involved hard slog and negotiation of rough terrain well before the advent of specialised mountain bikes. She said: “I wouldn’t want it in a straight line. I go where I go to explore, not to feel safe”. She believed if you came in peace, people would be peaceful in return. Her trusty bottle of nail polish helped, never failing to charm the local children.

Louise invested time in South America, working as a nurse and raising funds for mobile clinics.

Drawing on interviews and Louise’s own writing, this engaging book is packed with quirky tales. Bronwen Wall pays a fitting tribute to a free-spirited, extraordinary New Zealander. 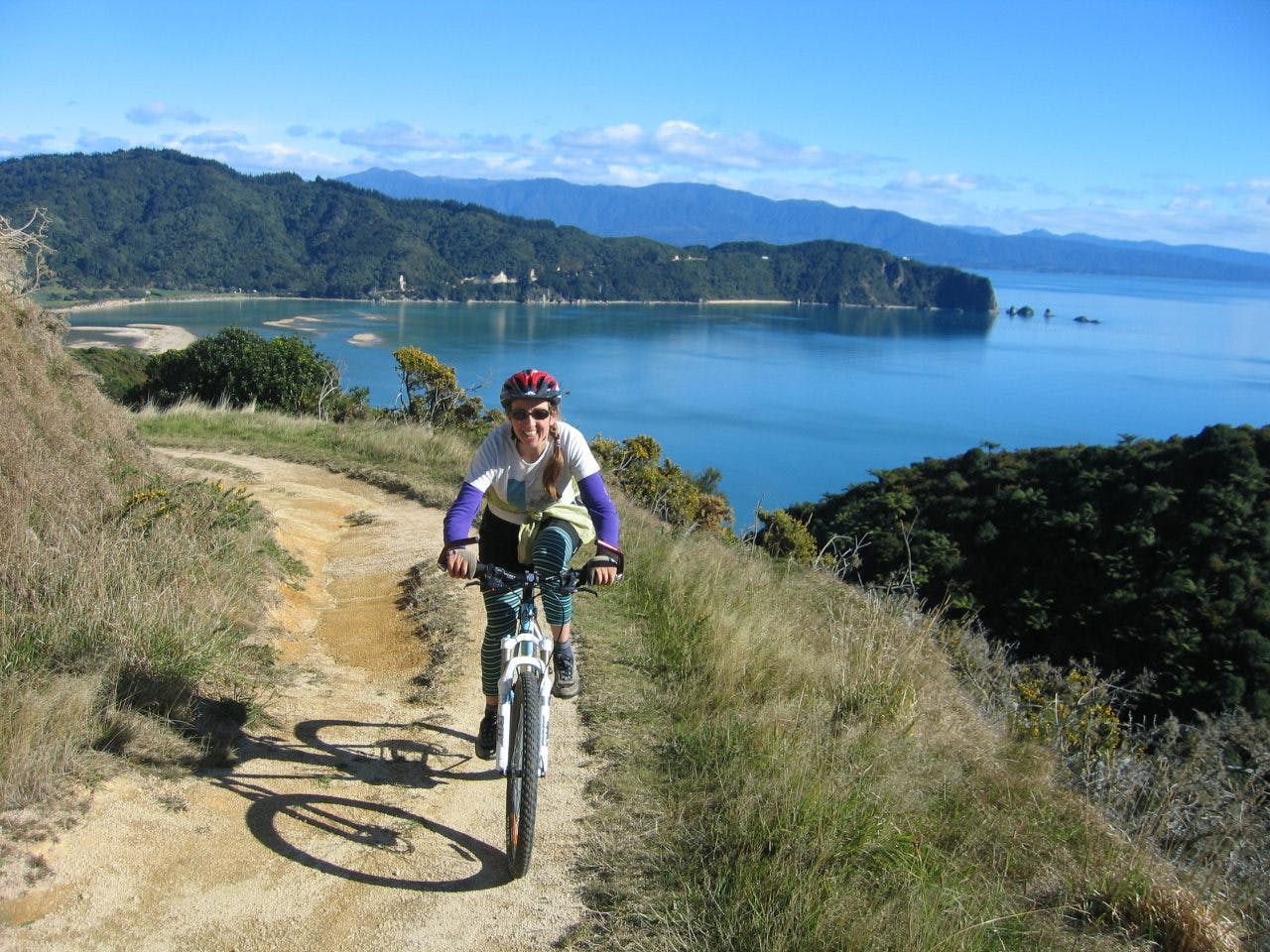 Why and where did you go?

Researching Louise Sutherland made me realise that I could do a solo ride; that everything would be fine if I didn’t worry about the “what ifs”, and just gave it a shot. I took the Interislander to Picton, and cycled to Pelorus Bridge, overnighting at Havelock. After a hot chocolate at the Pelorus cafe, I mountain biked up Maungatapu Rd and over to the Maitai Valley in Nelson. It’s all off-road with some steep hills.

How was the experience of biking alone?

Exciting, invigorating and self-affirming – as well as challenging. I did feel nervous about being alone and in an isolated spot. I couldn’t quite quash the ‘what if I crash?’ thoughts. This was my first solo adventure experience of any significant length. I’m happy to do things like off-road running alone for a few hours, but I’d never done an overnighter by myself until this trip. Highlights were the weather and the views. I remember thinking: ‘Wow, it’s just me and the world! Life is good.’

What was the most challenging aspect?

I like talking with people; shooting the breeze, solving the problems of the world with a good natter – it felt pretty weird doing that with only my bike! I wasn’t accustomed to the loneliness, and that was the challenge for me.

What inspires you most about Louise?

Her openness and generosity, her joy in living and experiencing life to the full, her amazing faith in people, and her incredible strength of character. Fear just didn’t seem to factor in any of the choices she made in life. I really admire how swiftly she recognised the bicycle’s ability to give you ultimate freedom – ‘have bike, will travel’.