If you had asked me whether a fine photographic book on the wilds of Raglan Harbour was possible, I’d have told you a flat ‘No’. Yet, Raglan-based Trevor Penfold has not only produced a striking book, but opened my eyes to the biological diversity of an area that I used to frequent, but did not fully appreciate.

Anyone who has photographed birds (or insects) will understand what patience and skill it takes to pull off even a simple, sharp portrait. Penfold has found a kayak makes for an unobtrusive way to approach birds, and the resulting images are superbly crisp, perfectly exposed, and richly textured. His talent perhaps places him in the same league as Geoff Moon – although Moon never had the advantages afforded by digital photography. It’s as much a book about avian behaviour as it is about photography: images show birds feeding, swimming, flying and even dueling. My favourite shows two silvereye chicks sheltering under a fern frond.

The landscape images are less accomplished and I still have trouble with the artificial look of ‘High Dynamic Range’ used to too great an effect. But there are some pleasing landscapes, notably one of Mt Karioi – not an easy mountain to photograph successfully.

Altogether this hardback book combines fine photography, natural history writing and photographic tips in a volume well priced at $58. In Penfold’s words, the book uses photography to ‘highlight nature and especially the animals within it…[to remind] people that life is not just about us’. 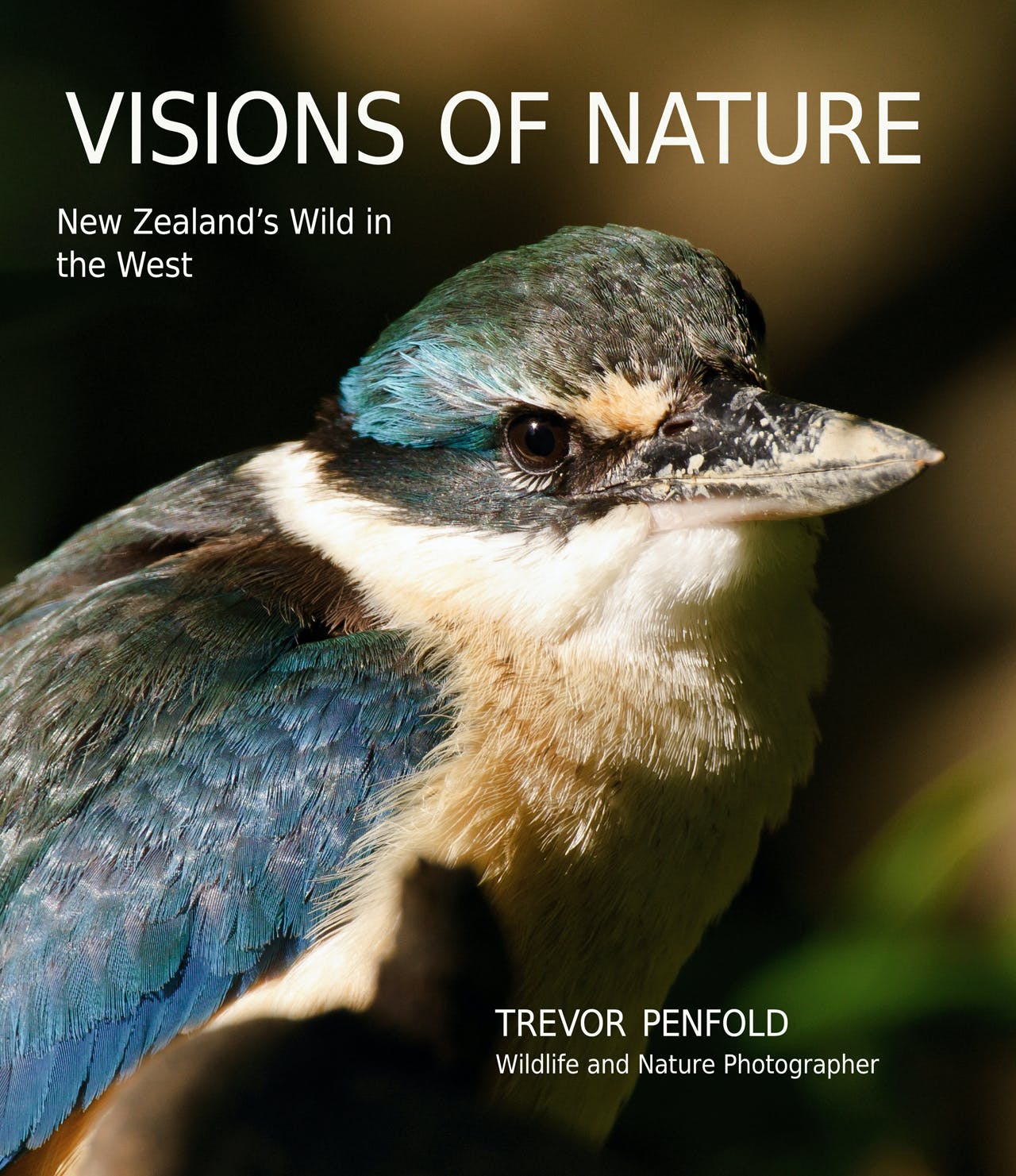 Thinking about it, a book about birds without bird songs, is almost an oxymoron. How often do people who spend time in the bush relate to one another how ‘quiet’ is that patch, or ‘how it’s changed’, or ‘have you been to Tiritiri (Matangi Island) lately? If only this place were like that’.

This is how most of a conversation with John Hendrick went in early December last year when he called Wilderness requesting a back copy of the magazine. His interest was in the Raukumara Range, in the eastern Bay of Plenty, where he used to go tramping on long and arduous trips and it was not long before he said it: ‘The mornings used to be deafening with bird song; not now though’.

So, the problem: how do you get sound out of a book? A printed one that is, for it would be a relatively simple job to do so with a ‘modern’ digital book.

The answer is with this book accompanied by a CD of 60 bird calls indexed with the page number for a bird’s description and relevant track number for its call. The calls and photographs have been collected over half a century of bird watching, photographing and listening by John Kendrick (audio) and the late Geoff Moon (images). The two were friends and birding buddies for pretty much all that period and the book extends that relationship by including John’s daughter Karen, who prepared the recordings for publication, and Geoff’s wife Lynnette, who wrote the text.

What this book’s CD does is allow you to have your own ‘dawn chorus’. Each day you could wake up to a tui snorting, gurgling or trilling, the melodious call of a bell bird, or the whistles, murmurs and high pitched kee-aaa of, yes, a kea.

So perfect are John’s recordings that, whilst listening to a raucous kraa-kraa-kraa and kee-aar one morning on holiday, my daughter came charging from the kitchen with some left over fish from the night before, ready to throw to a non-existent red-billed gull.

The book and CD are a delight, in one fell swoop putting the beauty of a bird’s image where its mouth is 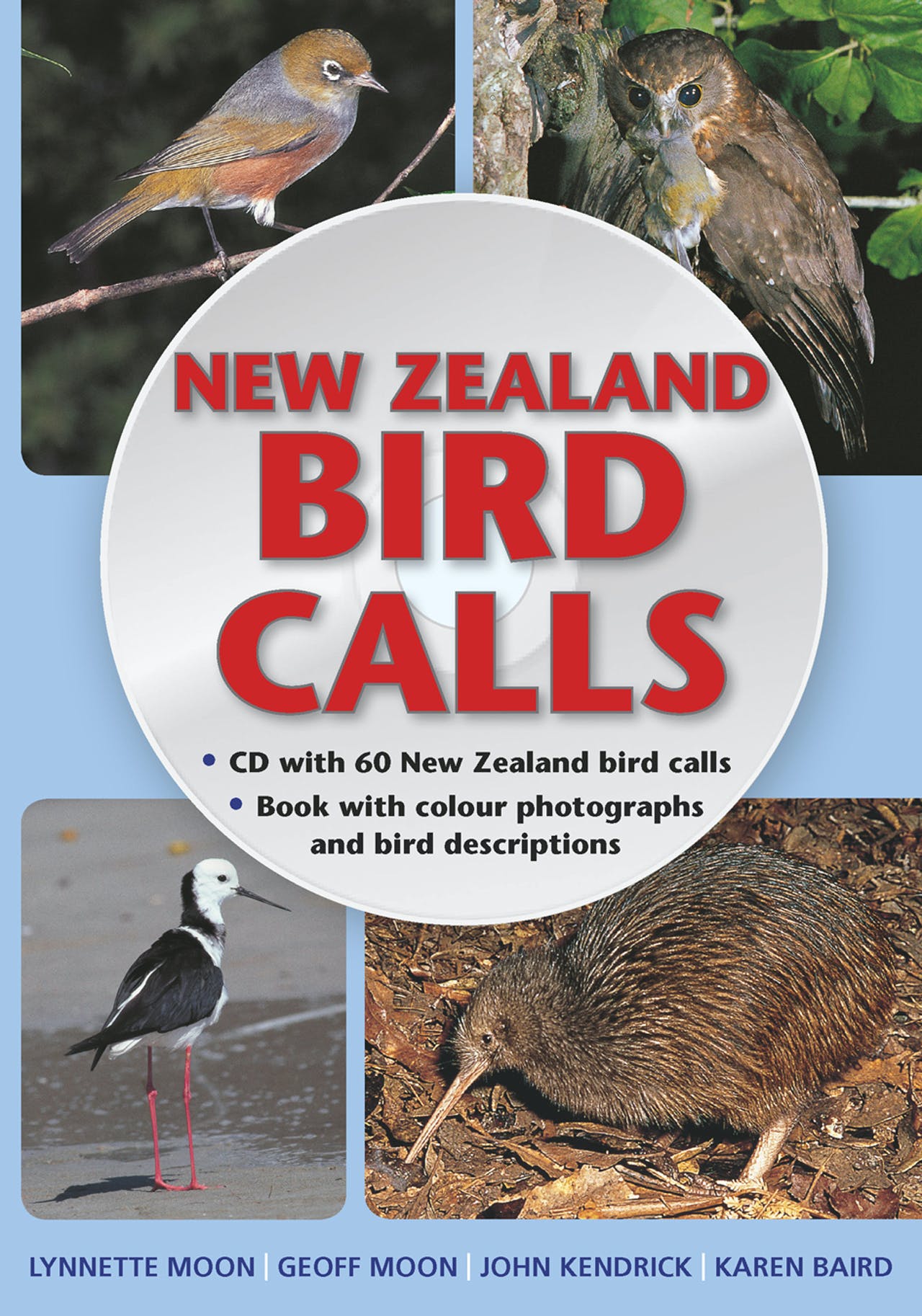