It’s nearly decision time for whether or not to build a coastal trail linking Wenderholm Regional Park with Mahurangi West Regional Park.

The trail would head through recently acquired public land at Te Muri and would include a footbridge over Te Muri estuary to the north and another, more substantial, bridge over Puhoi River to the south.

A completed track would mean those walking the Te Araroa Trail could head from Puhoi along the unsealed Hungry Creek Road which would join the new track. At present, TA walkers need to use public roads or kayak down the Puhoi River.

Cimino Cole, secretary of Mahurangi Action, said the plan makes good sense: “It’s by far the easiest and cheapest way of providing public access to the new parkland. The cost of providing vehicle access would be $4million, whereas the cost of footbridges would be $900,000.

“We’ve had marvellous support from the locals and the politicians love the idea, it’s now a matter of whether it’ll be part of the park plans.”

A decision as to whether Auckland Council includes it in future plans for its regional parks will be made in February and Cole believes, if the application is successful, the 6km trail from Waiwera to Sullivans Bay could be completed within another two years. 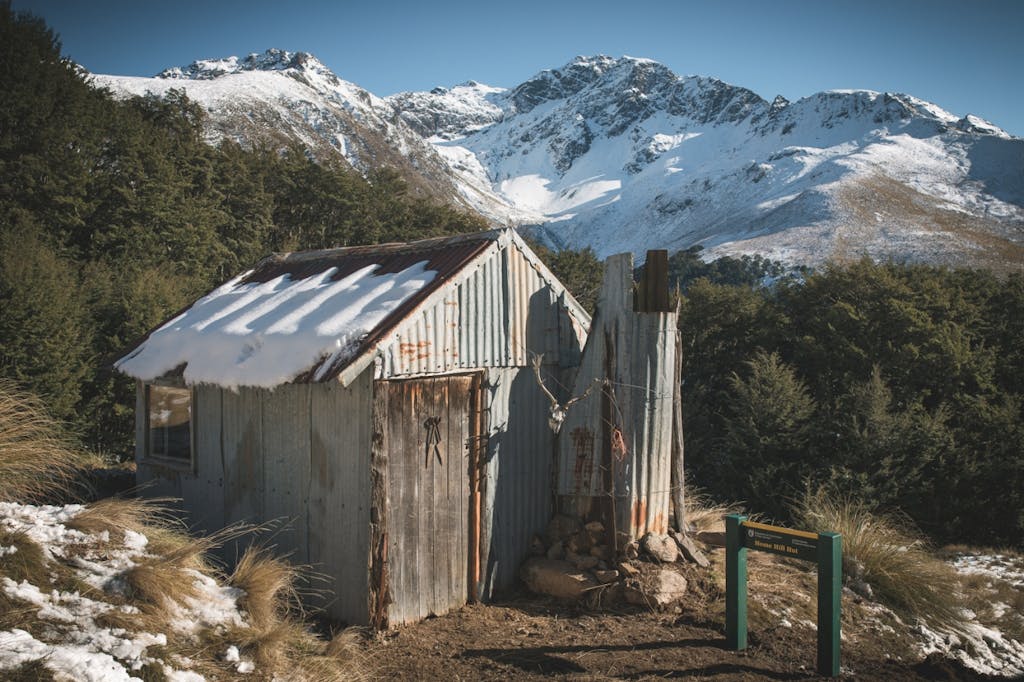 Home Hill Hut which sits high above the Caples Valley in the Caples Conservation Area has received a much-needed upgrade.

Early this winter, DOC Queenstown services ranger Will McBeth braved cold temperatures and heavy snow to weatherproof the hut and it now meets DOC basic hut standards with two slat bunks, mattresses and an open fire. Water can be taken from a nearby stream.

At about 1000m above the Caples Valley floor, Home Hill Hut is perched near the tree line and commands views of the surrounding mountains. To the north of the hut are the Ailsa Mountains. As part of the Crown’s settlement with Ngāi Tahu, large sections of these mountains were gifted to the people of New Zealand for their conservation values. This land is now known as Kā Whenua Roimata, which translates as ‘the land of tears’.

The hut provides access to the Greenstone/Caples Recreational Hunting Area and was likely a stockman’s hut for the old Birchdale Run, though it had fallen into disrepair over time.

Those interested in visiting are warned there is no marked track to the hut. The best route begins on the Caples Track at the end of Greenstone Station Road, south of Kinloch. At Old Birchdale Homestead, climb the main spur of Home Hill, eventually sidling to the east above Reid’s Creek.

Inspiration from the heart 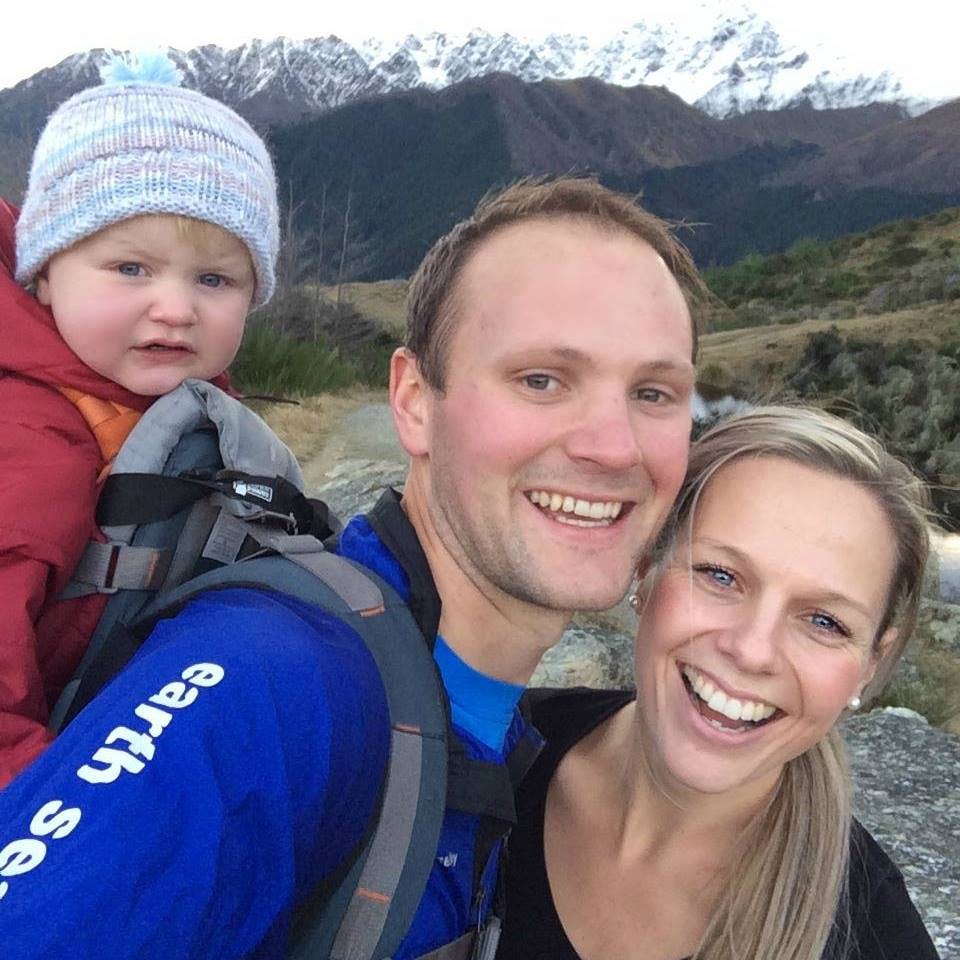 More than two years ago, Rupert and Susan MacLachlan were told the shocking news that Mitch, their six-week old child whom they’d thought perfectly healthy, had a hole in his heart.

Happily, little Mitch’s story has ended well, with a successful operation to close the hole and, now aged two-and-a-half, he joins his parents on trips to the likes to Mt Somers and Mt Potts from the family’s Christchurch base. He’s now quite at home in a hut or a tent.

One thing that really helped the family through the distressing days was the support from Heart Kids NZ – a small charity helping kids with heart conditions and their families.

“They got involved very early on and made the whole traumatic process a lot better,” says Mitch’s dad Rupert. “They offer family support groups, coffee groups so you can meet other families going through the same thing, they have loads of information.”

The MacLachlan family needed to travel to Auckland for the operation and found the charity to be of great help there, too. “They pay for accommodation and for the second parent to go (the District Health Board paid for the first parent). They really look after you in hospital – they have a couple of support workers in the heart ward and if you need anything at all, they’ll help you, nothing’s a stress.”

As Heart Kids NZ is a smaller, lesser known charity, the family were keen to raise awareness of its work. So Rupert has set up a team of four to compete in the 2016 GODZone Adventure Race to try and raise $100,000 for the charity.

To donate funds to help the competitors reach their goal, visit www.bit.ly/heartkidsracingteam.

Takahe to remain on Motutapu 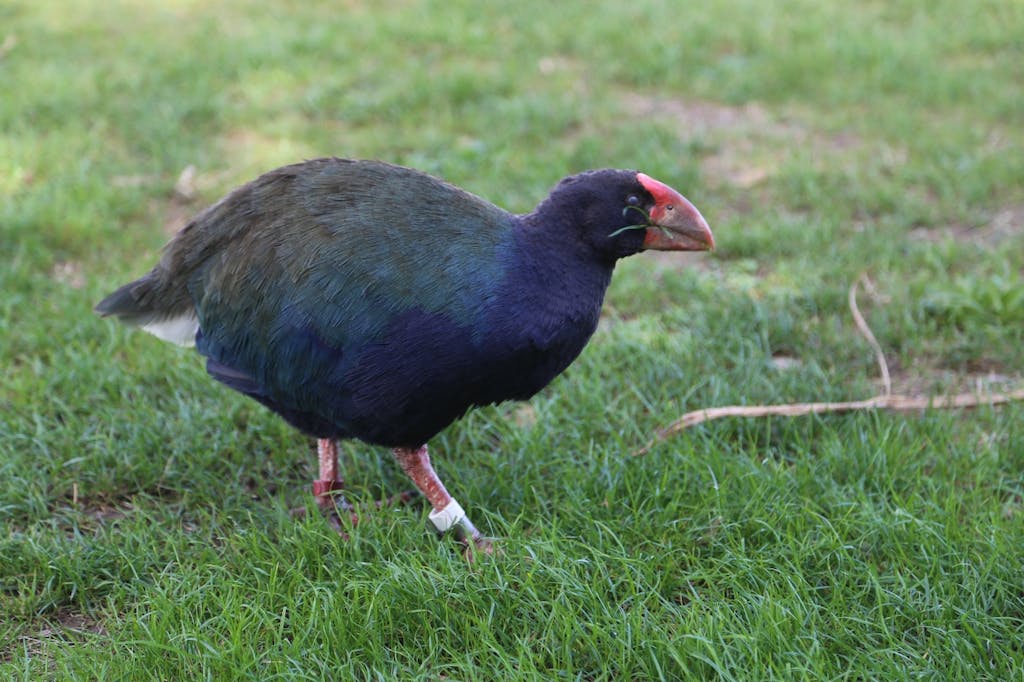 Takahe will remain on Motutapu Island despite four of the critically endangered species being killed by volunteers mistaking them for pukeko.

Three more takahe have been released onto the island since the shooting – a move already planned prior to the incident – taking the island’s population to 20.

DOC is now awaiting the results of an operational review before deciding whether volunteers should be used again for such tasks. The department had assigned members of the local Deerstalkers Association to kill pukeko – a more aggressive species that can threaten the chicks and eggs of takahe.

“The hunters had been carefully briefed on how to differentiate between the flightless takahe and pukeko, including instructions to only shoot birds on the wing,” explained a DOC press release.

The Deerstalkers Association has expressed its embarrassment over what happened, while DOC still hopes Motutapu Island, off the coast of Auckland, will one day be home to the largest takahe population outside Fiordland. 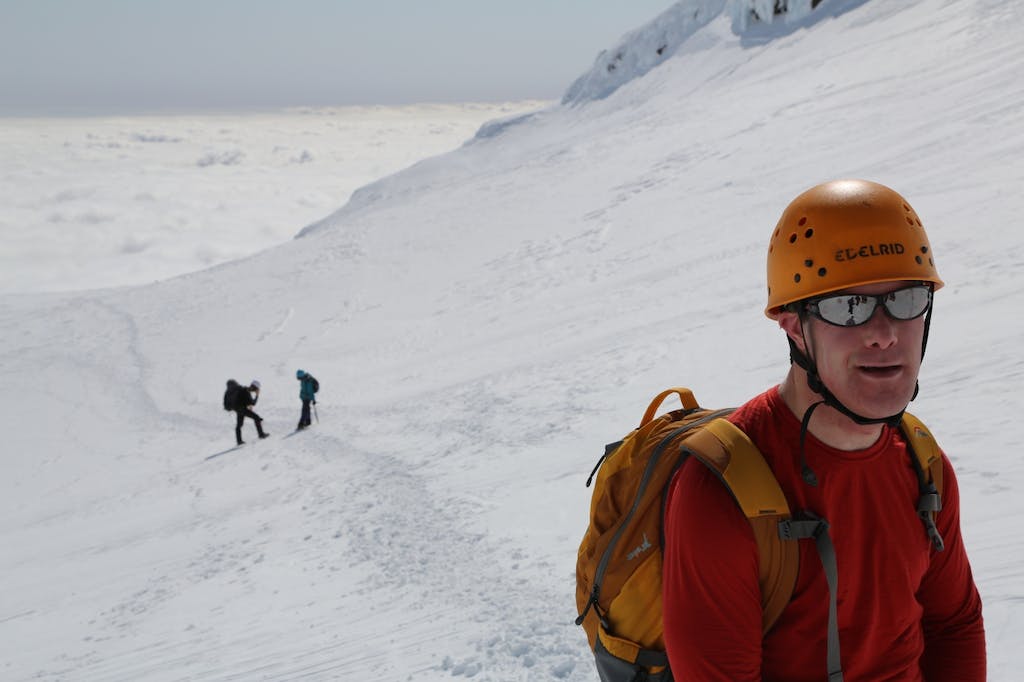 Five youngsters with physical and learning disabilities have achieved their biggest outdoor mission yet – summiting the North Island’s highest mountain.

They reached the top of Dome Knoll on Mt Ruapehu to cap off a two-day course in which they learned how to hike in crampons and how to self arrest.

An early start on day two saw them reach Dome Knoll shortly after lunch on a perfect winter’s day.

The happy five returned with their support team from Recreate NZ, a charity whose purpose is to provide life changing experiences for youth with disabilities, and the guides from Alpine Specialties Trust.

Bad weather had forced climbers to abandon plans for the summit last year, making this year’s success all the sweeter for Recreate NZ’s Brent Jenkin. “The thought of being undone by harsh conditions would have been heartbreaking,” he said. “Making it down with everyone still intact, tired and yet with the biggest grins on their faces was a huge success.”

“I believe that this is a New Zealand first for an organisation to take a group of youth with intellectual disabilities on a summit attempt of Ruapehu,” said Jenkin. 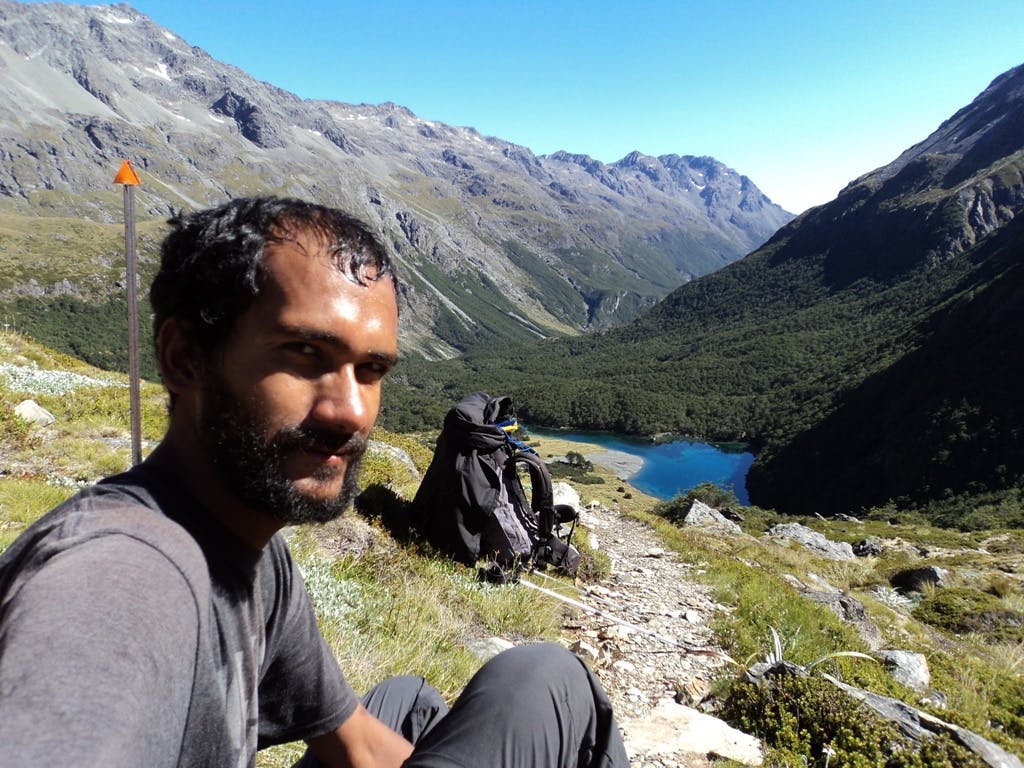 As this magazine lands on doorsteps and shop shelves, Kuldeep Nandurkar will begin a tramping challenge that will take him half a decade.

Nandurkar aims to walk to every one of DOC’s 900-plus huts in as many days. His challenge would take him around three years if done consecutively, but as he’s from India and has no New Zealand residency, he can only secure visas for nine months at a time.

So from now until June he’s focusing on the North Island, aiming to complete 261 huts in 268 days. This first leg will begin with Crosbies Hut in the Coromandel and will see him heading down the western side of the island, through the Kaimais, Tongariro, Egmont, Whanganui and the Tararuas, before heading up the eastern side via the Ruahines, Kaimanawas and Te Urewera.

His final hut will be Mangakirikiri Hut in Raukumara Conservation Park, East Cape. The only North Island huts he won’t attempt this time round are the few that feature in Auckland and Northland.

In 2012 Nandurkar completed the Te Araroa Trail but is well aware that this challenge is in a different league and says it’s not a problem if it takes longer than originally intended.

Take a look at the full map of huts Nandurkar intends to reach on his website 900huts900days.info.