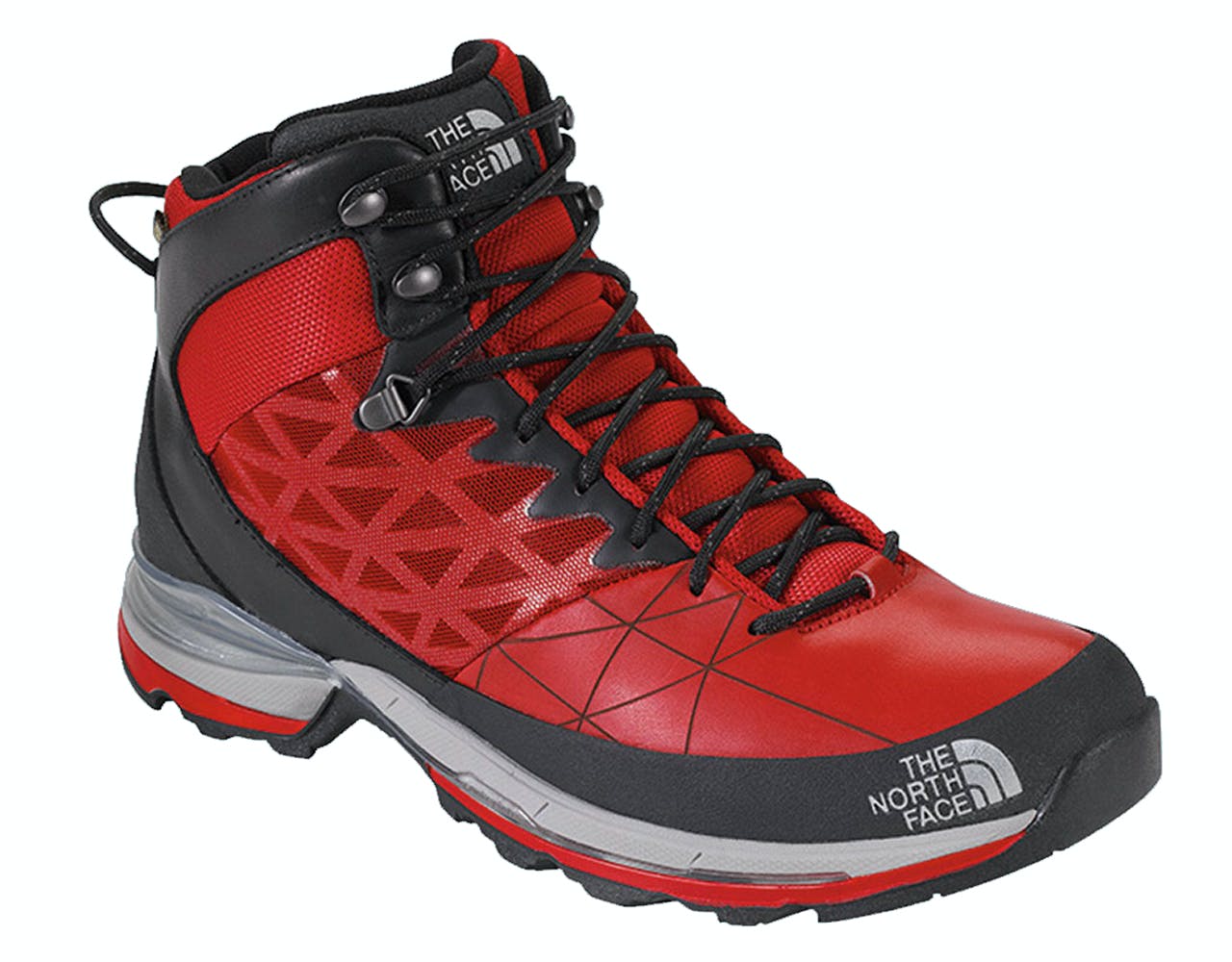 Go further, faster. That’s the main selling point of TNF’s Havoc boot. To that you could also add ‘in style’.

These trendy boots look like they might be more at home on the basketball court or at the skate park and while I’m loathe to talk ‘looks’ when reviewing such an important piece of kit as a pair of tramping boots I have to admit I felt like one cool trail cat while wearing these. Brown is so last year, folks.

Looks aside, the really important question is whether or not these boots are suitable for tramping in New Zealand. To find out I hit the trails in Coromandel Forest Park on a couple of day walks and, after much consideration, wore them on the three day, 55km Tuatapere Hump Ridge Track in Fiordland National Park.

On the dusty Coromandel tracks these lightweight boots (970g /pair) performed excellently. The Vibram sole never missed a beat and with a small daypack on I found I could charge all over the place, covering about 20km on three separate walks in about five hours of total walking time.

But it was when I went to Southland for the Hump Ridge Track that I got most benefit from these boots. I was pretty hesitant at first – Fiordland is renowned for rain and tough terrain. Maybe my heavy duty Lowa boots would be a better bet? After weighing up the pros and cons for a day or so, I gambled on the Havocs. (The Hump Ridge is a private track and walkers don’t need to carry a cooker, tent or sleeping bag if they don’t want to. With the weight of my pack cut to about 12kg I felt the lightweight boots would be OK.)

The Hump Ridge traverses mostly well-graded tracks and features an astonishing 10km of boardwalk. Tripping over roots and stumbling on uneven terrain takes real effort. But there is still a diversity of surfaces to walk on including, but not limited to, sand, compacted trail and mud. The Havocs were up to it all and amply supported my ankles under the nominal weight of my pack. But by the end of the third day my feet were starting to feel the pain. Lightweight boots tend to skimp on some of the features found in more robust boots. In the case of the Havocs, the midsoles weren’t up to cushioning my feet over such a long distance.

That, though, is my only gripe. Would I wear them on another similar long walk? If my pack weight was right down then yes. If not, probably not – they are too soft around the ankle to support heavy loads over rough terrain. These are definitely for those lightweight day or multiday tramps on well formed trails.

MSR states its Nook offers ‘spacious living for two’ which sounds like the sort of real estate doublespeak used to sell one of Auckland city’s notoriously pokey studio apartments.

I first used the Nook on a trip in Arthur’s Pass National Park and also while walking Auckland’s Hillary Trail. Both times I shared it and both times I found it cramped, certainly not spacious. When I rolled over in the night I would hit the walls and as a result condensation amassed so in the morning I found my sleeping bag and the bottom of my mat was wet.

As far as quality fabric and ease of assembly goes, though, this tent is excellent. With two main poles and a third strut, it only takes a few minutes to put together and weighing in at just 1.42kg, it’s light and easy to pack.

Its aerodynamic design means, positioned correctly, the wind won’t it thrash around, resulting in a better night’s sleep. The 20D ripstop nylon fly and its leak proof seams are good for 1000mm of rain. Perhaps to save on weight, the tent only offers a small vestibule, barely big enough for two packs and pairs of boots. Another issue is the outer fly sits too close to inner tent, sometimes touching it and causing condensation on the inside.

Overall, I think the Nook is suited to fast moving trips below the bush line and for people who know each other well enough to not mind being at close quarters. It would make an excellent one man tent for people my size and a good tent for couples.