John Wilson recalls one of New Zealand’s worst mountaineering tragedies when five people lost their lives on Mt Rolleston. He was almost a victim himself.

On the afternoon of Monday June 20, 1966 the chief ranger of Arthur’s Pass National Park was advised that four young climbers who had set out to climb the Otira Face of Mt Rolleston the previous day were overdue. He was not greatly concerned. True, it was late June, but Sunday had been fine and the mild start to winter meant the face was still in summer condition. It was not unusual for people climbing Mt Rolleston to traverse the peak and emerge, a day late, down the Waimakariri River.

But as the weather began to deteriorate throughout Monday, alarm mounted and with good reason, for the following week saw the unfolding of one of New Zealand’s worst mountain tragedies. Five people lost their lives. All four climbers, Jeffrey Wilby, Michael Harper, Bruce Ferguson and Colin Robertson perished and, in a terrible twist, one of those searching for them died under an avalanche. John Harrison, the searcher who died, was one of the notable climbers of his generation. He had completed first ascents in the 1950s and climbed in the Himalayas and in Antarctica.

As a fierce nor’west storm lashed the mountain for the next three days, more than 100 people flocked to the pass to search for the missing four. Parties sent up the Waimakariri and Rolleston valleys to check whether the climbers had traversed the mountain found no sign of them. The search was concentrated in the Otira Valley. In driving wind and snow, rescue gear was carried onto the summit ridge of the mountain to lower rescuers down the face. The atrocious weather drove the rescue party back down. Some of the rescuers thought they heard voices high up on the Otira Face, but the wild weather made it impossible to confirm if the climbers were still alive, trapped on the face. On Thursday, a high camp was established on the Crow névé, near the low peak of Mt Rolleston, and a support camp was pitched half way up the Otira slide.

On Thursday night both camps were occupied. Overnight the storm began to abate, raising hopes the four young climbers might be rescued the following day. But late that night the camp on the Otira slide was overwhelmed by an avalanche. One tent was less deeply covered and did not collapse because large, heavy radios and stacks of batteries kept it upright. Had Pete Squires and Ian Gardiner not been able to dig themselves out of that tent, all eight people in the camp might have died. Frantically, in the dark, Pete and Ian dug down to the other tents, freeing first the three in the second tent. The third tent was buried under three metres of snow.

Norman Hardie and I were unconscious but alive when we were pulled from it. But the third person in that tent, 33-year-old John Harrison, had been sleeping with his face close to the tent’s wall and probably suffocated within minutes of the avalanche overwhelming the camp.

Harrison’s death shocked those in the high camp, to whom the news was shouted at daybreak, then later the rest of the country. His death was particularly tragic, for Harrison was only in the mountains in adverse conditions because he wanted to help fellow climbers in trouble.

There was argument later whether the camp should have been placed in a possibly risky place. But, people had been up and down the slide on Wednesday and Thursday without triggering avalanches. One of those who was in the high camp believes that when the wind turned to the south on Thursday night, wind-blown snow accumulated on the Otira slide, in the lee of the mountain, and slid down over the camp. 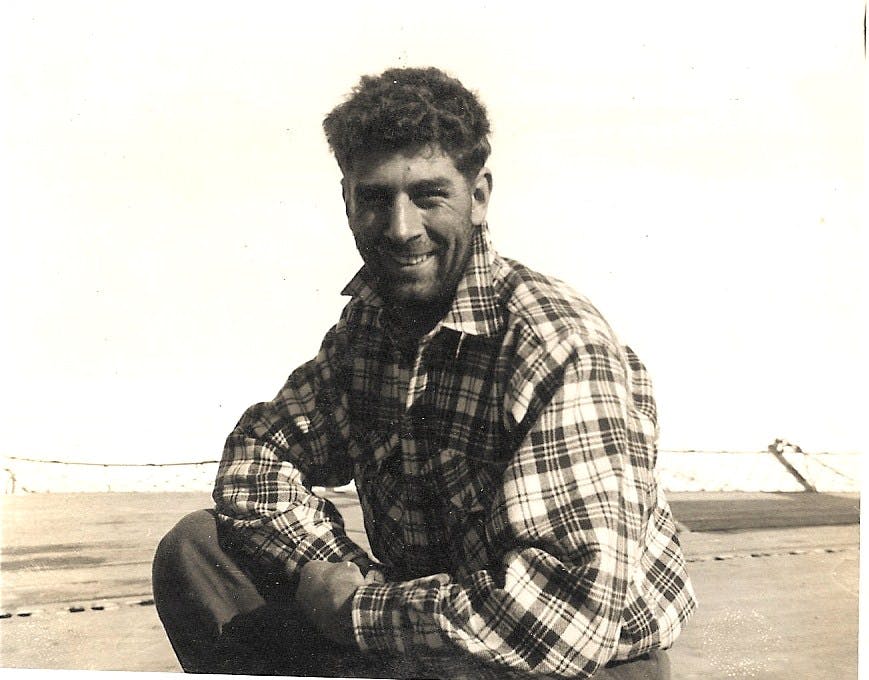 John Harrison, an accomplished climber, was killed in an avalanche while searching for the climbers

Despite Harrison’s death, the search continued. It was clear and sunny on Friday, but conditions high on the mountain remained treacherous. After examining the face as best they could from the mountain’s summit ridge, the high-level rescue teams descended, convinced none of the four had survived. When the mountain finally cleared, a helicopter made several sweeps across the face, but saw no sign of life. The search was officially abandoned on Friday afternoon, though renewed efforts to find the missing four were made the following day, using the helicopter, but proved fruitless.

What happened when the four young mountaineers were climbing the face remains unclear. The body of Michael Harper was recovered the following summer from the face, close to where rescuers had thought they heard voices. Much later, the bodies of the two New Zealanders – Bruce Ferguson and Colin Robertson – were found on the steep slopes above the upper Bealey Valley. They may have made a desperate attempt to seek help, perhaps after one of the other climbers had been injured. The body of the second English climber, Jeffrey Wilby, was never found.

Historically, the search was important as one of the last involving such large numbers of people. Later search and rescue operations were mostly undertaken by small, well-trained rescue teams and using helicopters. The Mt Rolleston search was one of the first in which both played a part.

The grim week in June 1966 that saw a prodigious but unsuccessful effort to rescue the four missing climbers and the death of one of those looking for them, remains a sad memory for the relatives of the men who died and for those who tried in vain to help those in distress.

For me, 50 years later, when I walk up the Otira Valley to the foot of the Otira Face, relief at my own lucky escape takes second place to grief for the lives lost on those bitter days.

– John Wilson is the author of Joy of the Mountains, a biography of John Harrison and lives in Arthur’s Pass.

A memorial service for those who lost their lives in 1966 on Mt Rolleston will be held at Arthur’s Pass Chappel on June 25 at 1pm.

A plaque commemortaing the victims will be unveiled. Its text reads:

Land of mountains and running water
rocks and flowers
and the leafy evergreen, O natal earth,
the atoms of your children
are bonded to you for ever
A. R. D. Fairburn