It’s always a good time to launch an armchair expedition and travel through the pages of a classic adventure tale. Six adventurers share the book that inspires them into the wilderness. 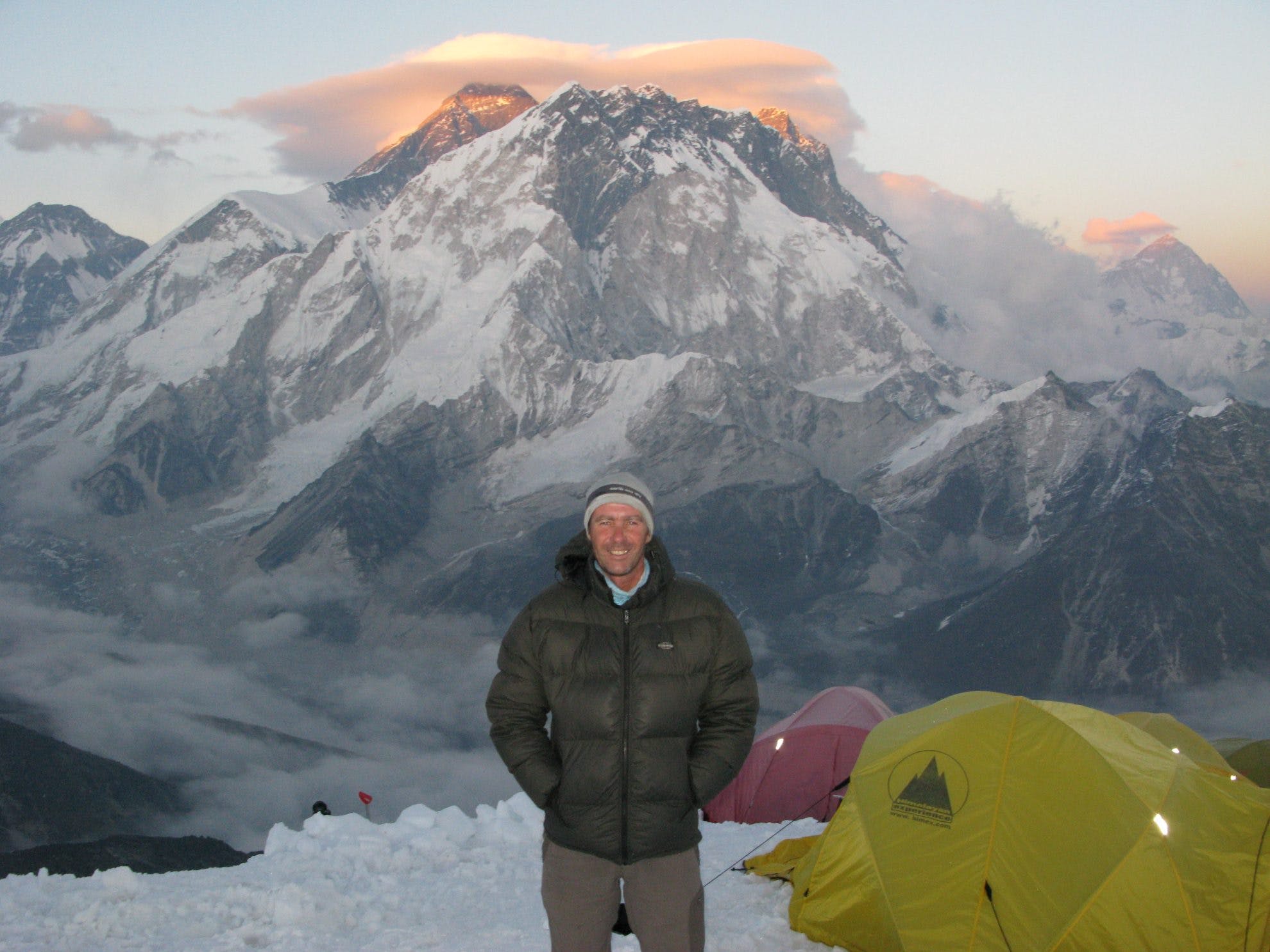 The White Spider was the first book climber and guide Dave McKinley read about mountaineering. It helped inspire a lifetime of alpine exploration.

“It sticks in my mind,” McKinley says. “My dad was a mountain rescue team leader, and when I was about 11 he stuck this book in my hand and said ‘read this boy’.

“It’s got all of the elements of a great mountaineering book: tragedy, triumph, cooperation.” 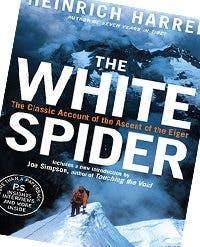 The author, Heinrich Harrer is best known for his book Seven Years in Tibet, in which he writes about fleeing India during the Second World War, crossing the Himalayas into Tibet where he taught the Dalai Lama, a child at the time. The book was turned into a film in 1997 with Brad Pitt playing Harrer.

The White Spider describes Harrer’s part in the 1938 first ascent of the Eiger Nordwand (north face) – a near vertical wall of rock and ice in the Bernese Alps, Switzerland.  The route attracted the top mountaineers from around the world and a number of climbers had died attempting it. The feat led to Harrer being selected for climbing expeditions in the Himalayas (the young Austrian was also personally congratulated by Adolf Hitler).

“It was considered the ultimate challenge of the time,” McKinley says. “Their ascent was global news. Harrer goes into the early history of climbing the Eiger; the tragedies and harrowing retreats, and their own incredible expedition, in what was a real turning point for mountaineering.

“It really resonated with me then – it normalised that adventurous spirit and left me  wanting more.”

Ice Bears and Kotick: Rowing on top of the world 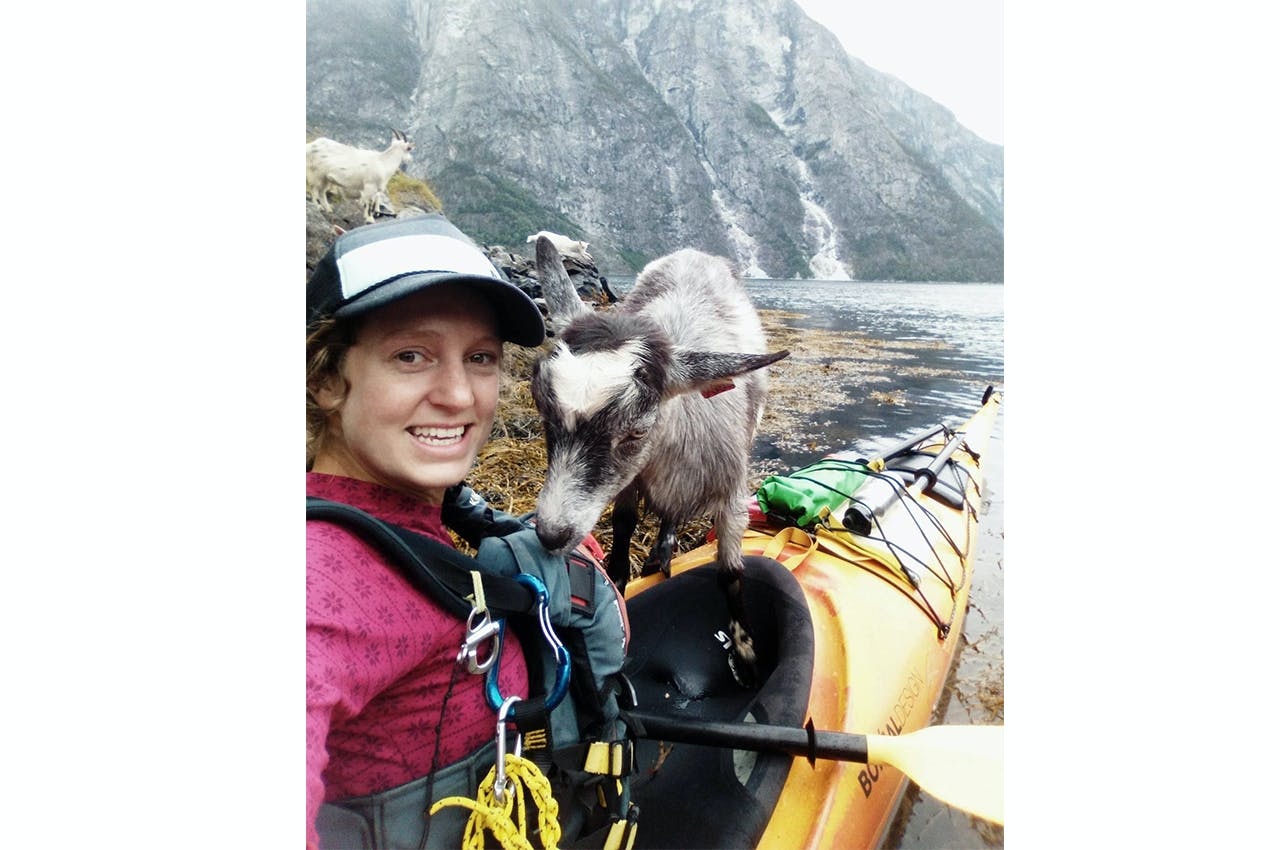 Adventurer Tara Mulvany first read Ice Bears and Kotick while preparing for her own Arctic adventure, as part of the first expedition to circumnavigate the Svalbard archipelago, between Norway and the North Pole. 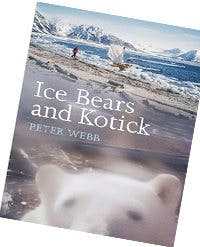 In the book, Peter Webb recounts the trip he completed with a friend in 1991. The pair became the first to circumnavigate the Arctic Island of Spitsbergen, the largest island of the Svalbard archipelago, in an open wooden rowing boat. The pair row and sail through pack ice and past glaciers, survive starvation, capsizing and interactions with Arctic wildlife.

Mulvany says it was the simple spirit of adventure, and the remarkable setting, that left a lasting impression on her.

“They don’t take life too seriously,” she says. “They got stuck in the ice, got chased by polar bears, but they have a really good time.

“It gave me a good insight of what we were in for.”

Mulvany is about to head away on another Arctic adventure, kayaking down the east coast of Greenland for two months. 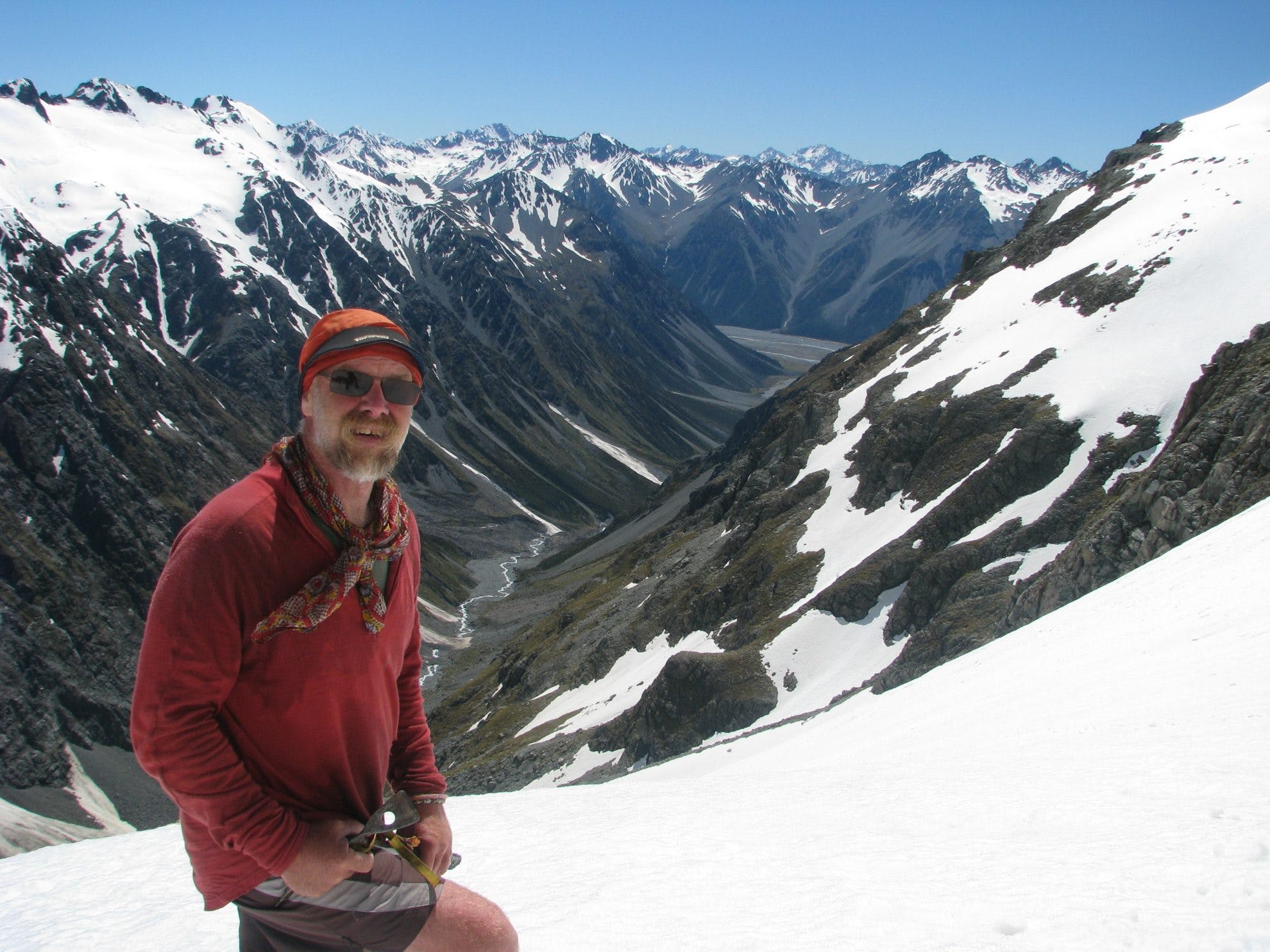 If you spend three months of each year in a tent on the ice in Antarctica, you’re going to need a good book.

Al Fastier has worked 20 seasons in Antarctica and has spent the past decade working for the Antarctic Heritage Trust, restoring the historic huts which were built during pioneering expeditions. 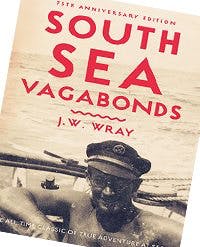 He says South Sea Vagabonds, by John Wray, is a “true New Zealand classic”. First published in 1939, Wray writes of his adventure building a 35ft yacht on his parent’s front lawn in Auckland after being made redundant from his job.

“At 21 he has no money, no knowledge of boat-building, not even any tools,” Fastier says. “But he has a dream to sail the south seas. Using good old number 8 wire mentality, he scavenges the beaches around the Auckland harbours for kauri logs and rigging from shipwrecks and he begs and borrows until he finally builds the yacht.”

Then the adventure begins, recounting an epic journey through the Pacific.

“After picking it up by chance in a second-hand bookshop, I found it to be truly inspirational,” Fastier says. “I was fascinated by how it illustrates that ordinary people can overcome impossible hurdles to achieve extraordinary things, just as the polar explorers did a century ago. It reinforces my belief that if you have a dream, a degree of self-belief and passion, anything is possible.

“Don’t be surprised if you  can’t put the book down.”

As Wray writes in the preface, the book is written for someone ‘who works in a city office and dreams about sparkling blue waters and coconut palms and white sails bellying to the warm trade winds. It will, perhaps, show him how it is possible to break away from the ties of civilisation, build himself a boat and sail in her wherever he wills. I was a dreamer once, but now my dreams have come true, and I am satisfied and happy.’ 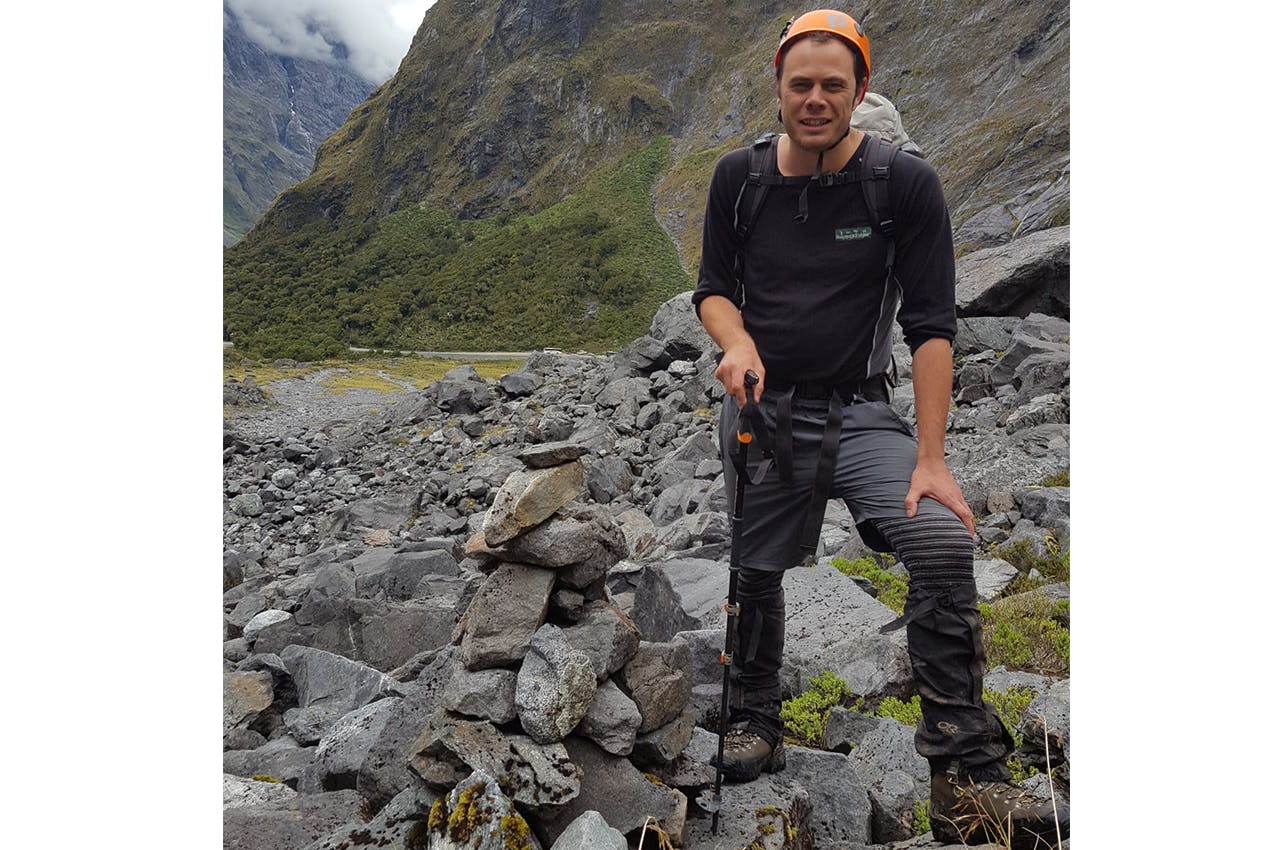 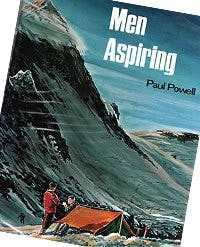 The book, written by Paul Powell in 1967, details Powell’s climbing exploits in the Aspiring mountains in the 1940s and 50s, including a number of first ascents. “It’s got an emotional and reflective depth to it that most mountain books don’t have and that’s why it always sits at on the top of my reading pile,” Wilson says. “It’s a story of one man and his mates’ relationship with the mountains. It’s one of the few books I know from a pakeha perspective that really goes into depth about how a person’s relationship with a piece of land matures over time.”

“It’s required reading for the OUTC. If you go climbing in Otago, you have to read this book.” 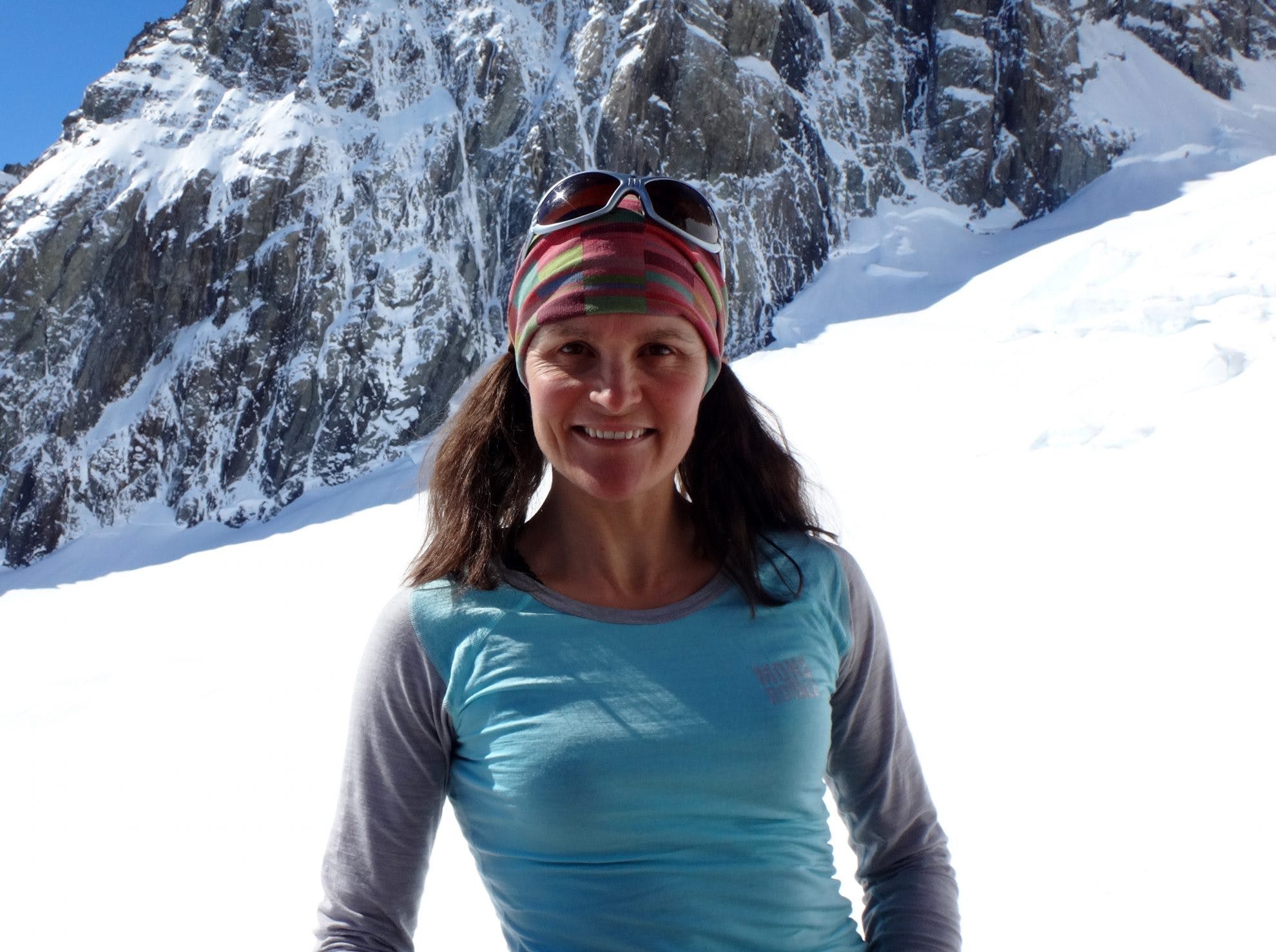 At the top of Jane Morris’ bookshelf sits Mountain Solitudes, where Aat Vervoorn recounts 15 years climbing in the wild mountains of South Westland. But Morris says Vervoorn is able to add nuance to the classic subject, exploring the larger questions of what draws people into the Alps.

“What Vervoorn achieves is a rare thing,” Morris says. “He is able to capture the magic,  mystery and unspoken fulfilment that comes as the byproduct of spending time connected to the land and being amongst wild places. 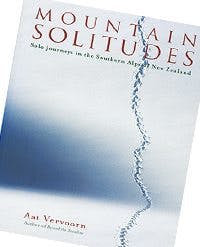 “We all perhaps understand the unspoken reason for engaging with the environment, but Vervoorn has the ability to put it into words, and detail it in such a way that resonates.

“His earlier book, Beyond the Snowline, is also a classic.”

But Morris says her favourite book to read in the backcountry is usually an old hut book, particularly in isolated, historic huts.

“I find them the most inspiring thing to read for their historical accounts of those that have previously travelled through a place.”

A recent trip to Ivory Lake Hut on the West Coast provided many nights of enthralling reading, she says.

“Because many of those huts only see a few visits a year, the hut books go back decades and contain great stories, wildlife encounters, familiar names and a real sense of history.

“I can happily laze away a good few hours with a cuppa, sifting through an old hut book to round off the day’s adventure.”

The Spirit of the Hills 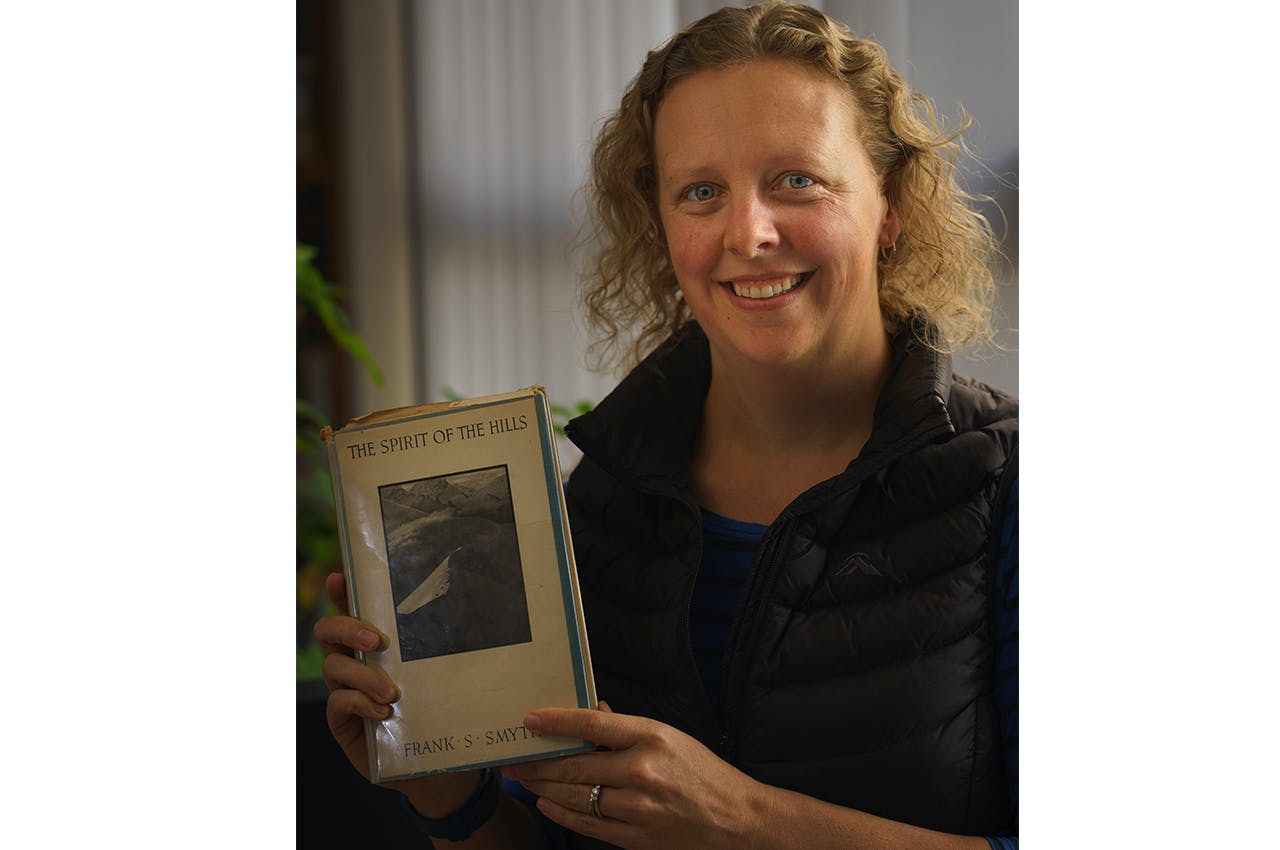 Karen Tait says The Spirit of the Hills is a classic, combining both adventure with moving reflections on the connection people develop with the wilderness and what it is that keeps drawing them back.

“It captures the essence of why I go into the backcountry; for the camaraderie and to disconnect from modern life,” Tait says. 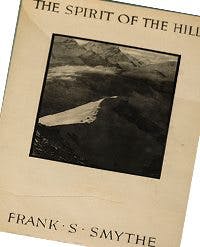 The book was written by English mountaineer Frank Smythe in 1935. Smythe climbed extensively in the European Alps and Himalayas and the book details a number of his climbing expeditions. But Tait says it is Smythe’s ability to articulate why he climbs that is most enthralling. There is one passage in the preface she says is particularly prescient:

‘In these days of indoor and mechanised life, man is beginning to realise that he is in danger of being ensnared and enslaved by his mode of living and by the power and prodigality of his inventions. He longs to escape from the artificial to the natural order of things … to seek purer airs, amid the grandeurs and beauties of nature.’

“Every time I read that, I’m always struck by how relevant it is to today. It really resonates with me.

“I find it amazing that something written in 1935 can still be so applicable. Technology and its flaws is not a new problem.”