Thanks to all who entered and made the 2016 Wilderness Photo Competition our most successful yet. We had more than 400 entries and it seems everyone has lifted their game because the standard was so much better than in previous years. Choosing our finalists and winners was incredibly difficult.

The judges were Alistair Hall, the editor of Wilderness; and Dennis Radermacher, a professional photographer who moved to Christchurch from Germany in 2010. His photography has featured extensively in Wilderness. In 2014 he won the New Zealand Geographic Landscape Photographer of the Year. View his commercial and outdoor photography at www.lightforge.co.nz.

Congratulations to our winners and thanks to our sponsors for providing such wonderful prizes.

Out there and grand prize-winning shot: Sunrays (above picture)

Duncan snapped this photo of a tramper caught in the sun’s rays just north Alpha Hut in Tararua Forest Park. By his own admission it was something of a lucky shot: “It was snapped with my iPhone, I’m embarrassed to say!”

Duncan wins the grand prize of a Panasonic Lumix GX8 camera from www.panasonic.co.nz as well as a pair of Keen Durand tramping boots from www.keenfootwear.co.nz for winning the ‘Out There’ category.

Alistair Hall The sun’s rays streaming through forest is one of those classic scenes that looks good at the time but rarely does the photo you take do it justice. This image bucks that trend. Good job Duncan.

Dennis Radermacher This image combines many of the virtues that make a great photograph. A beautiful location, a carefully placed subject, beautiful light and striking lead lines. Taken with an iPhone, this image makes another important statement: it’s the photographer that tells the story, not the tools he uses. 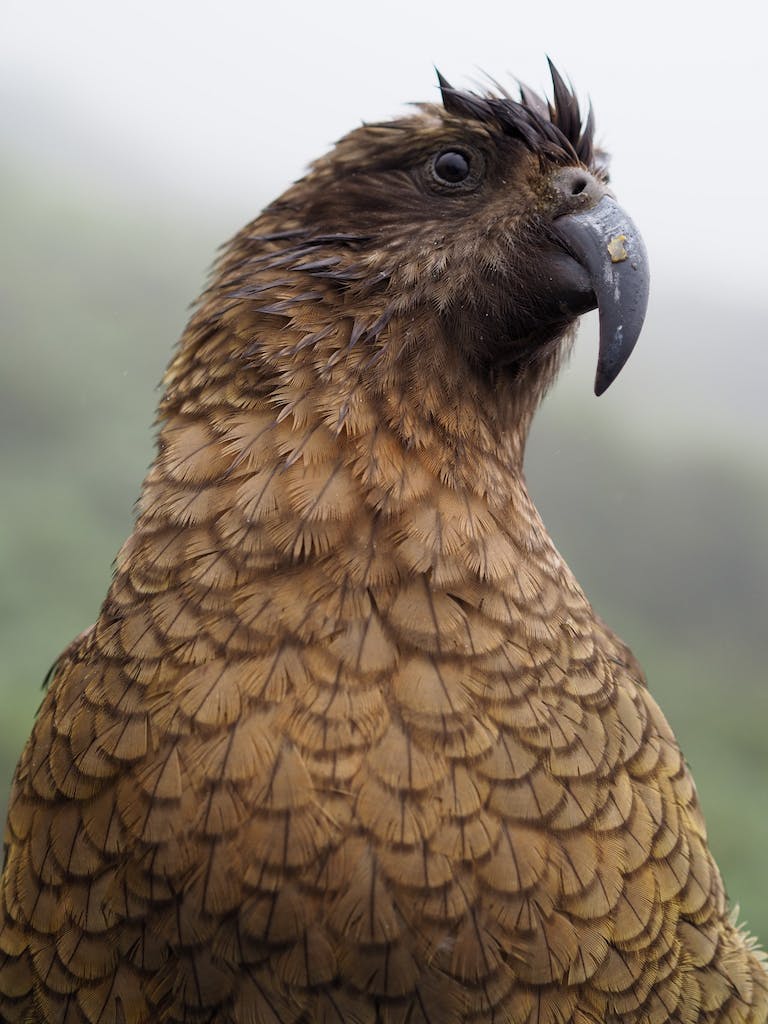 Avon took this photo of one of New Zealand’s most recognisable birds at the Milford end of the Homer tunnel. “This Kea was so close, I had to lean right back to get it in focus,” Avon says of how he captured the photobird.

Alistair Hall Avon has managed the tricky job of getting the kea’s eyes in focus while still capturing a huge amount of detail in the feathers. But it’s those captivating eyes that win it for me – it’s hard to tear your gaze away.

Dennis Radermacher This photograph of a kea proudly posing for an image at Homer Tunnel is a great example how a change of perspective can tell a different story. Where a wide shot would have shown idling cars, a close-up examination from a low angle makes the viewer wonder what is going through this proud bird’s mind. 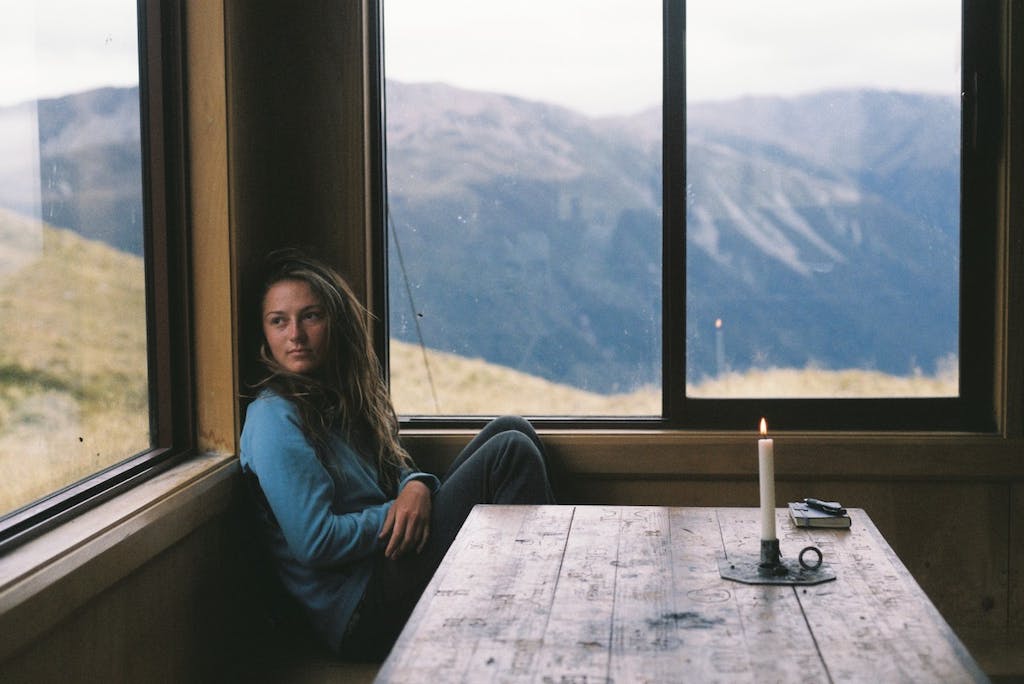 The 10-bunk Carroll Hut in Arthur’s Pass National Park is pretty ordinary when viewed from the outside, but photographer Hugo Hunt found real interest inside: “The engravings on the table give this hut a lot of character,” he says.

Hugo wins a The North Face Triarch 2 tent from www.thenorthface.co.nz

Alistair Hall In this scene, Hugo has managed to capture the real character of Carroll Hut: its dining table. The notebook, candle and location by the window – so close to, yet so protected from, the elements – sum up a day in the life of a tramper. The scene and weary satisfaction of finding a shelter for the night after a day spent walking under a heavy pack is something all trampers can relate to.

Dennis Radermacher Looking at this very simple moment captured in a hut, I cannot help but wonder what the subject is thinking. Did she just make some notes about a day of exploration in the mountains? Is she wondering what tomorrow might bring? What we know is that she found a safe harbour out of the elements to recharge for another day in the great outdoors.

The simple composition, the window light on her face and the hint at the environment beautifully carry the mood of thoughtful introspection. The photographer achieved the classic, grainy look not through editing but on film.

Premysl Luljak’s film of a group of friends climbing Mt Larkins near Glenorchy was a standout winner. Premysl’s video was recognised for its storytelling and excellent, varied  technique which kept us glued to the screen for the entirety.

Says Premysl: “This was a demanding, challenging hike, and three absolutely wonderful days filled with adventure in a spectacular part of the country. I recommend it!” 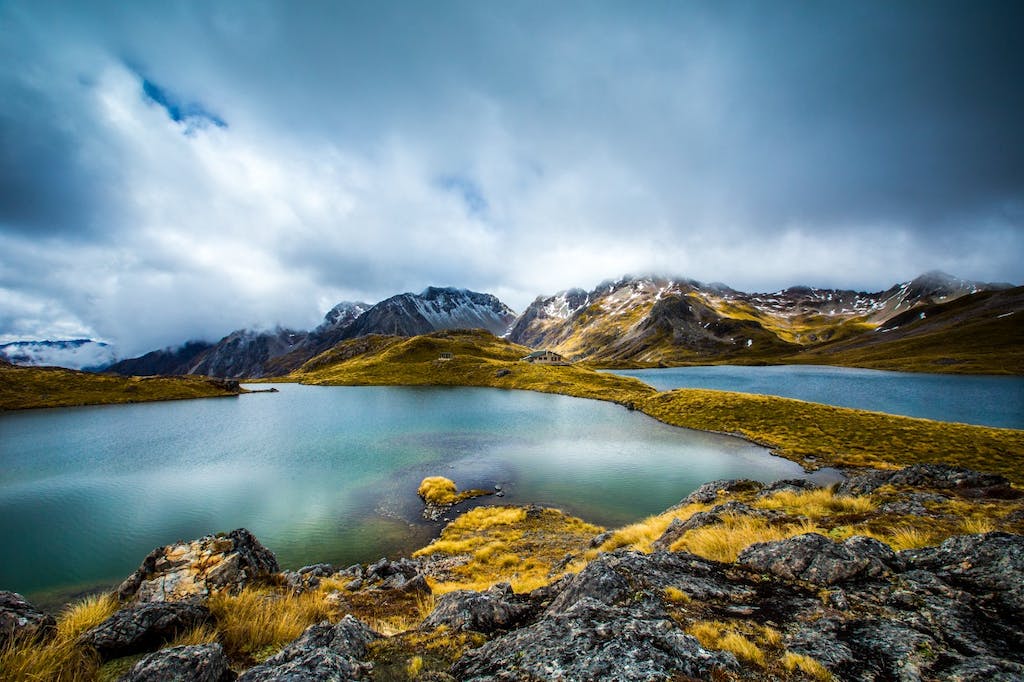 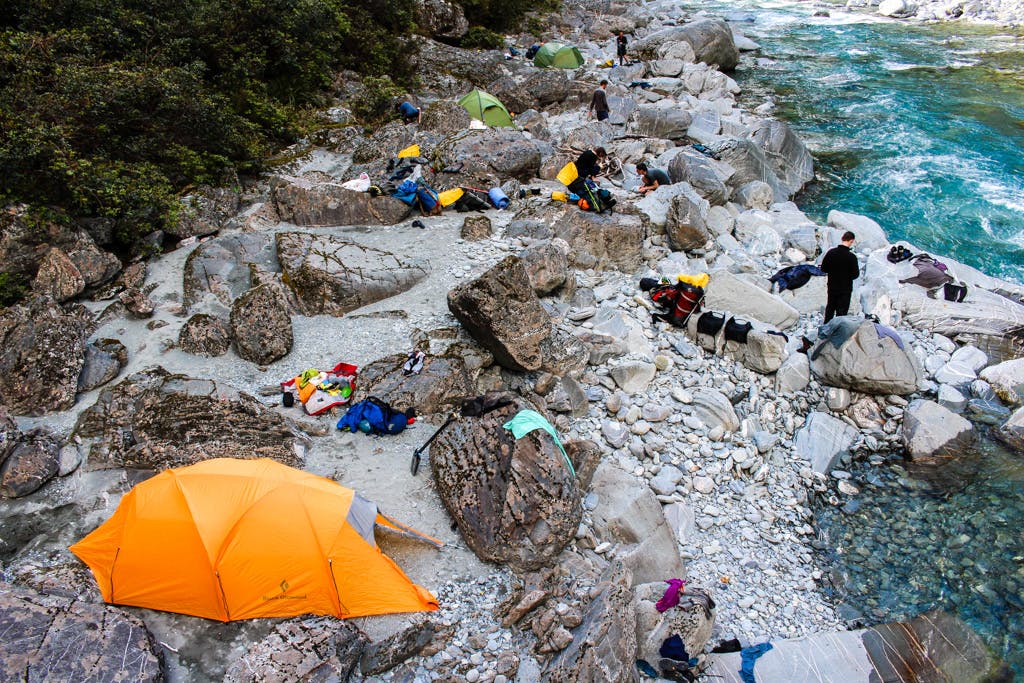 Out There: Fox Glacier 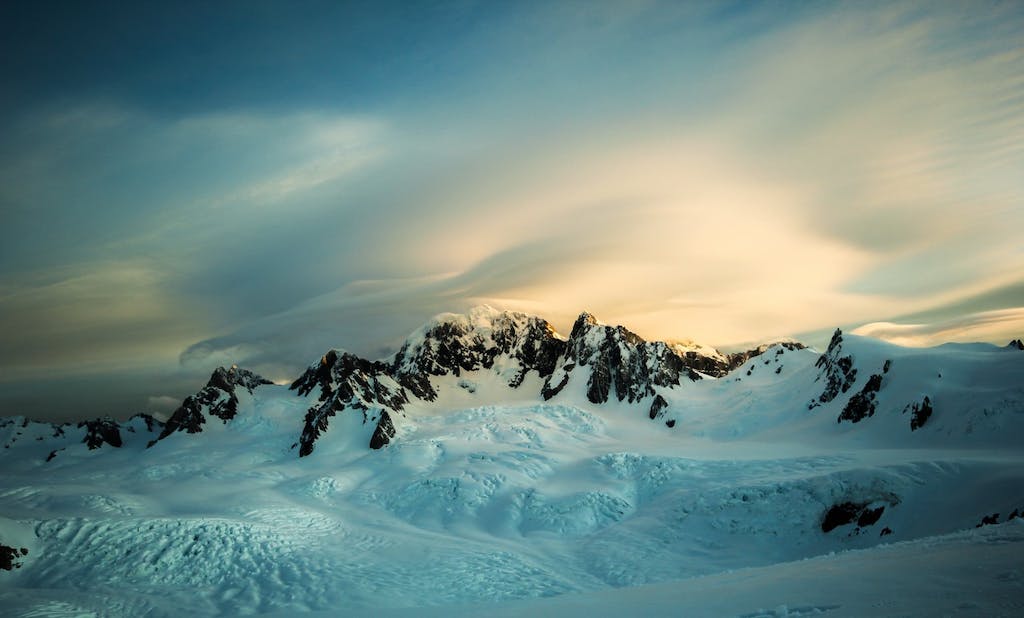 Out There: Valley of the Trolls 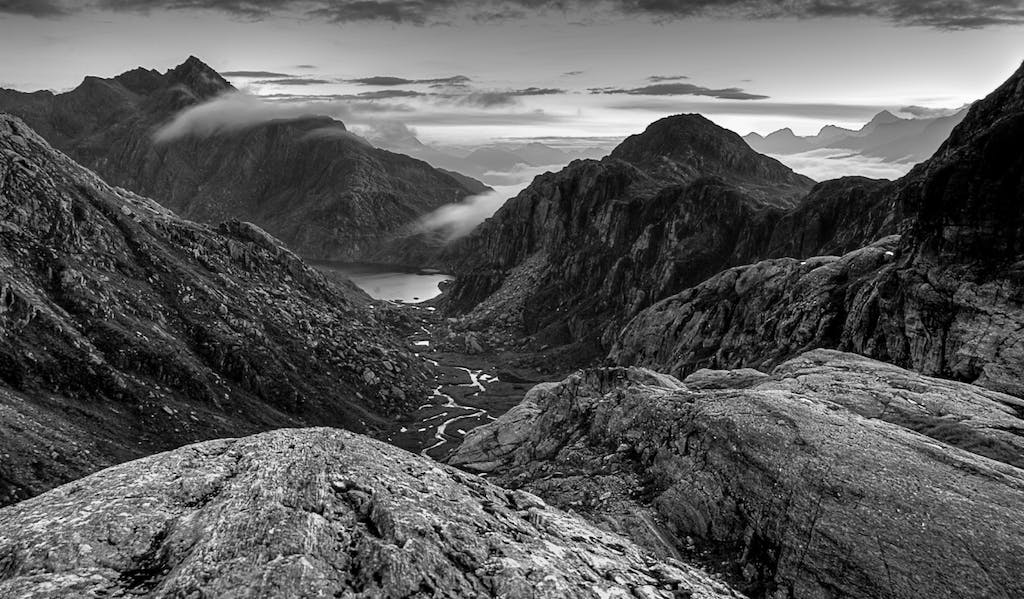 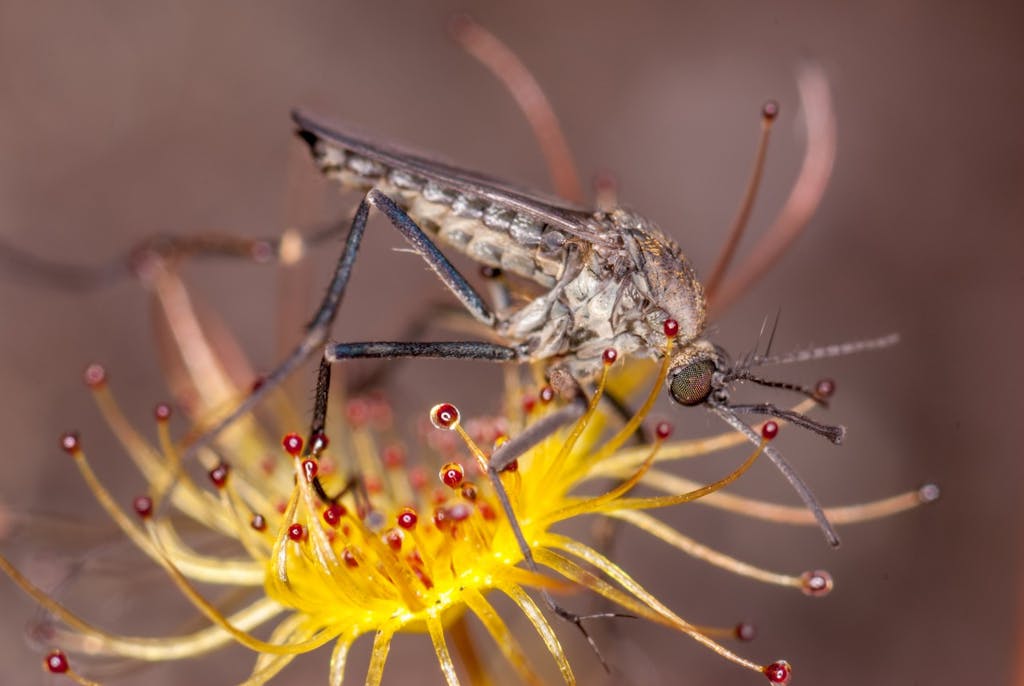 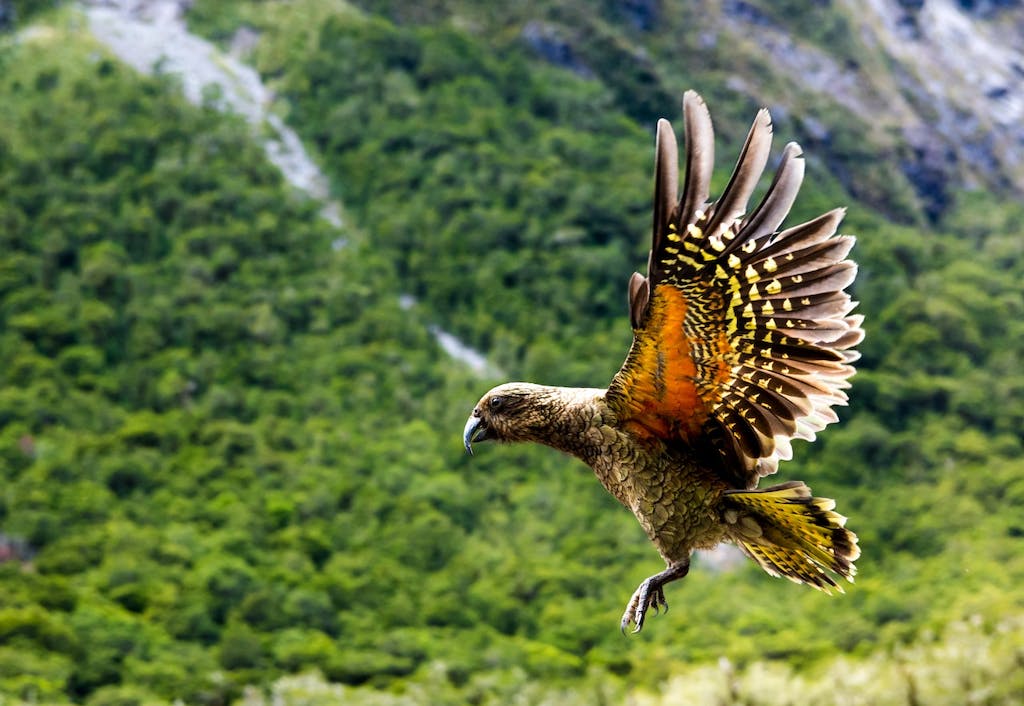