For 29 days, Hollie Woodhouse skied across the Greenland ice sheet, skirting the Arctic Circle and retracing the footsteps of a pioneering explorer. She told George Driver it was the greatest experience of her life

Hollie Woodhouse has run marathons through the Sahara Desert and the Amazon Rainforest, and competed in  New Zealand’s Coast to Coast, but she says crossing Greenland was her hardest challenge yet.

Woodhouse completed the 560km journey with five others as part of an expedition run by the Antarctic Heritage Trust to commemorate the anniversary of Fridtjof Nansen’s first crossing of Greenland in 1888. The 33-year-old was chosen from nearly 200 applicants and was one of only two Kiwis accepted – the other was Brando Yelavich, who was the first person to walk New Zealand’s coastline.

With no nordic skiing experience, she found hauling a sledge that was heavier than she was for up to 12 hours a day a gruelling experience at first.

“Physically, it was very hard,” Woodhouse says. “Pulling a sledge is very hard on the upper body and I hadn’t done any kind of trip for longer than a week. Doing an expedition for 29 days is a lot more challenging.”

The route was a slow march up to the crest of the ice sheet at 2500m. She says the landscape changed very little over the month – undulating ice, perpetual twilight, day in day out. The only sign of life was a flock of geese that flew high above. On the final day, the group thought they saw a polar bear – it was an optical illusion.

So what’s it like, mentally, traversing such a monotonous landscape, in complete isolation? 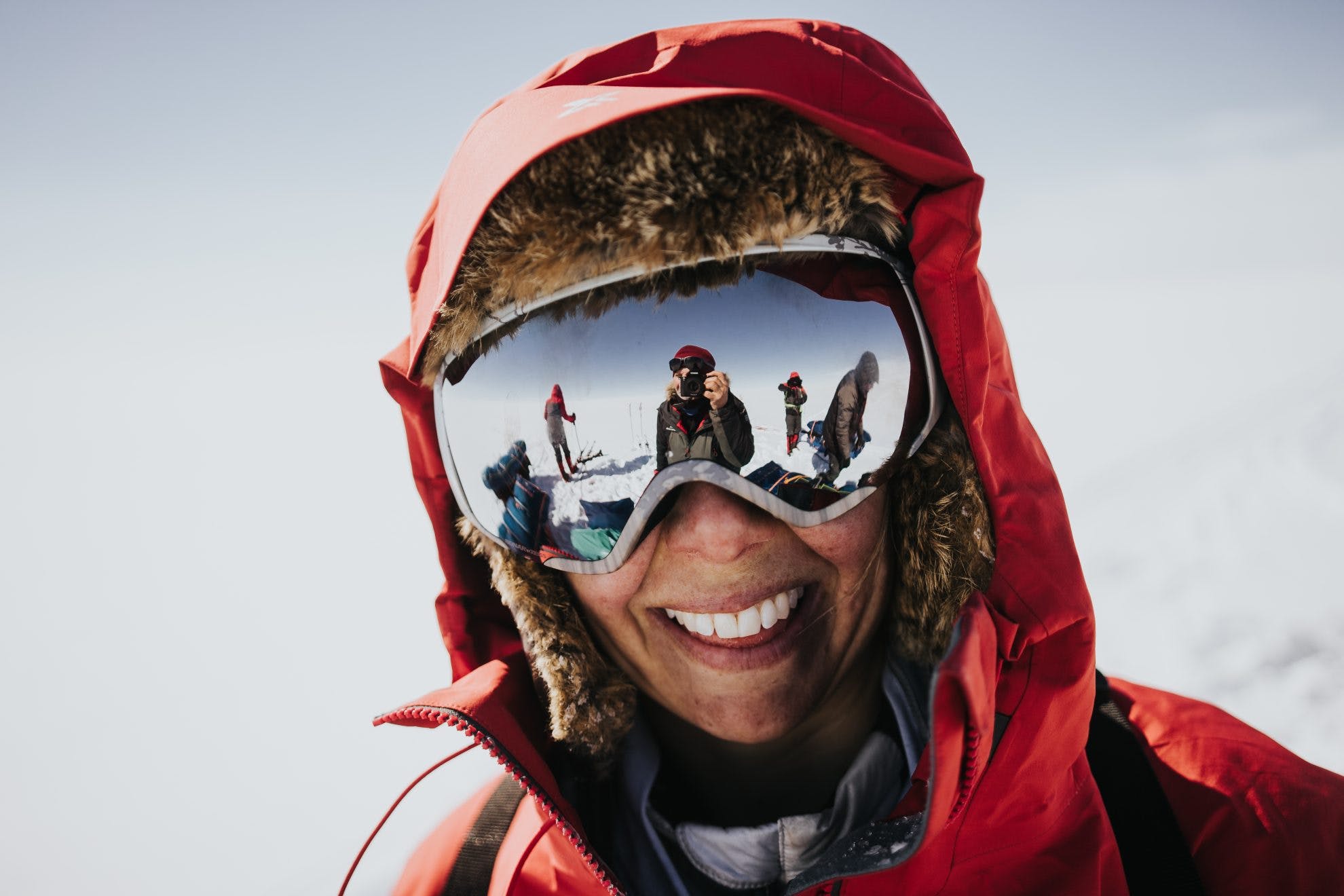 “At first I was just trying to adapt to the physical strain and keep up. Towards the middle of the expedition my mind was working overtime, thinking constantly, but towards the end I would slip into a meditative state. We would stop and it would feel like no time had passed at all.

“The isolation was bliss actually. I had prepared for no contact with the outside world and it was great having the six of us on this adventure together. In a hostile environment, you rely on your teammates so much. Everyone had their ups and downs, but we all helped each other through. They all now have a special place in my heart.”

But she said the hardest part was the weather. A storm hit the team, and they had to dig their tents into the snow and hunker down for 24 hours.

“It was quite dangerous, looking back. I’d never experienced weather like that, let alone on top of an icecap in the middle of nowhere.”

“We stopped walking and put up the tent. We were getting covered in frost.”

Woodhouse ended up getting “a wee bit of frostbite” – on her nose, tongue, and even her bum.

She said the best part was the final day.

“We had the best weather and the best snow of the trip, and as we reached the coast these amazing mountains came into view out of nowhere. I felt such a sense of release that we were finally going to make it and complete this massive expedition.

“But now I just want to keep exploring.”