Sedon had set himself the challenge of climbing the 18 summits in Queenstown Lakes district over 2500m, skiing back down each one. For two years he was sitting on 17 with the final summit, Mt Ian, 2502m, desperately close to his grasp.

Twice he’d had to turn back from the climb; once when just 50m from the top. And in August last year he suffered the horror of being in a helicopter crash at Mt Alta in which Auckland heli-skier Jerome Box was killed.

Sedon survived but with three broken vertebrae, four broken ribs and ripped calves. It took him a month to walk again without much pain but his determination to get back into the hills meant he never doubted he’d recover.

“There was no permanent nerve damage from my broken back,” he said. “So I always kept positive and didn’t accept that I would have to stop doing the stuff I love.”

This year he and fellow climber Elliot James achieveddid what Dean Barker and his team couldn’t quite achieve by reaching their goal, finally summiting Mt Ian, six years after Sedon began the challenge.

However, the elation of the success was tinged with sadness: “I had mixed emotions – it was an awesome adventure and great to have this project so close to home. But I was also sad because it’s all done now. The journey’s over but there are always more journeys to do.”

Initially, Sedon thought it would take 10-15 years to complete the challenge, but an $8000 grant from The North Face meant he could take flights to the base of the mountains, making quick ascents far more feasible.

The adventure featured frightening experiences including skiing down the east face of Mt Edward among big seracs and crevasses, and skiing down Mt Avalanche by torchlight with headlamps on.

But his favourite experiences involved nights under the stars. “The places we bivvied out were often in super remote valleys where hardly anyone gets to,” said Sedon. “Sitting there with a cup of tea and spending nights sleeping out in the open were some of the real highlights.” 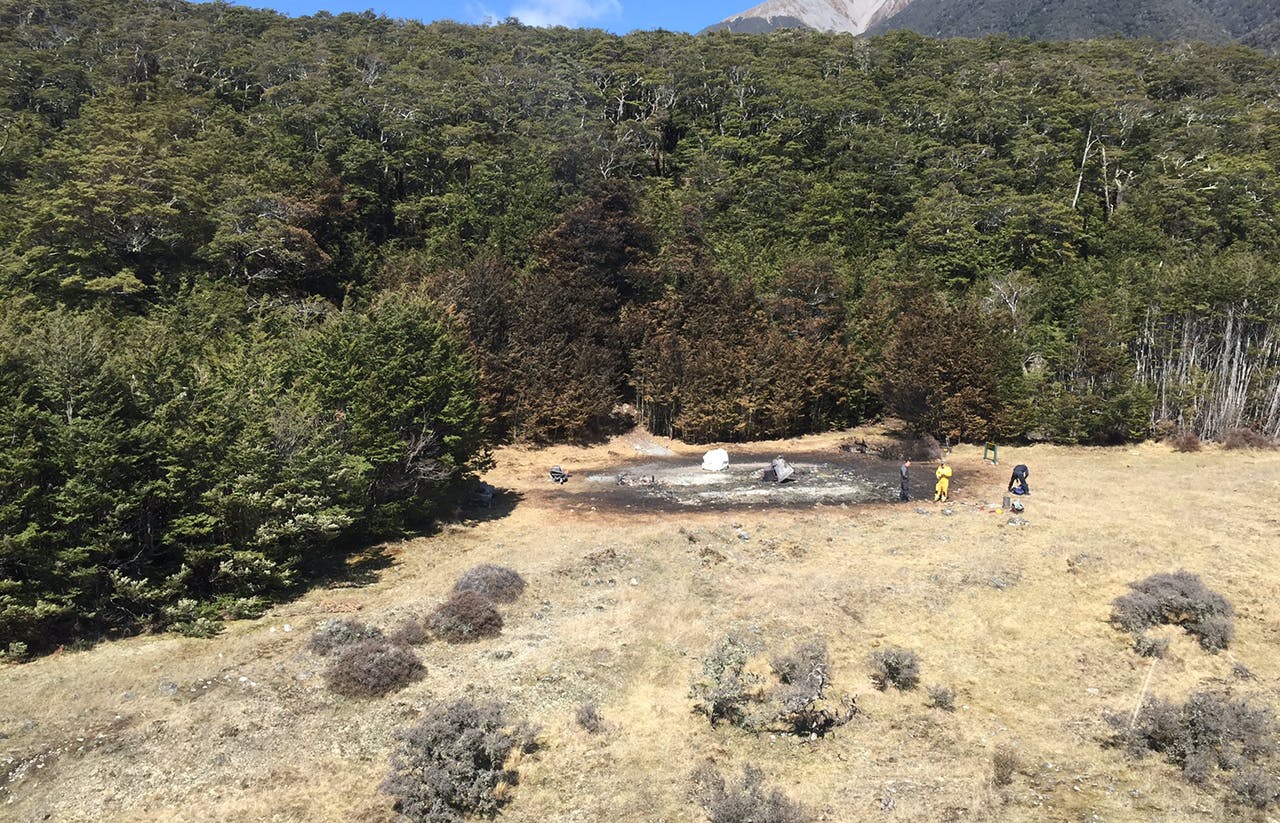 The ashes of the popular Casey Hut. Photo: DOC

A popular hut in Arthur’s Pass National Park has been found burned to the ground.

Casey Hut, situated at the confluence of Poulter River and Andrews Valley tracks, was still smouldering when trampers reached the spot at lunch time on October 3.

Andrew Smith was one of those trampers hiking the Casey Saddle/Binser Saddle round trip. He described the scene when they first approached what was Casey Hut.

“We could see a pile of building materials near where the hut should be,” he said. “It was a little odd because I thought I remembered being able see the hut from there. It wasn’t until we were actually right in front of the ruin that it hit us.” It took the trampers more than one double take for it to sink in. “We couldn’t believe it.”

Smith described the remains as consisting of molten glass, shattered PV cells, metal fittings and the corrugated iron roof resting on top of the ash.

DOC sent a team to investigate the site and believe the fire may have started around the hut entrance or the woodstove. The department said it’s lucky the fire didn’t spread to the surrounding forest, especially considering the dry nor’wester blowing at the time.

Casey Hut was built in the 1960s as one of the original Lockwood designed huts. DOC expects a decision about the hut’s replacement to be made in the next couple of months. A hut replacement is expected to cost $300,000-$400,000. 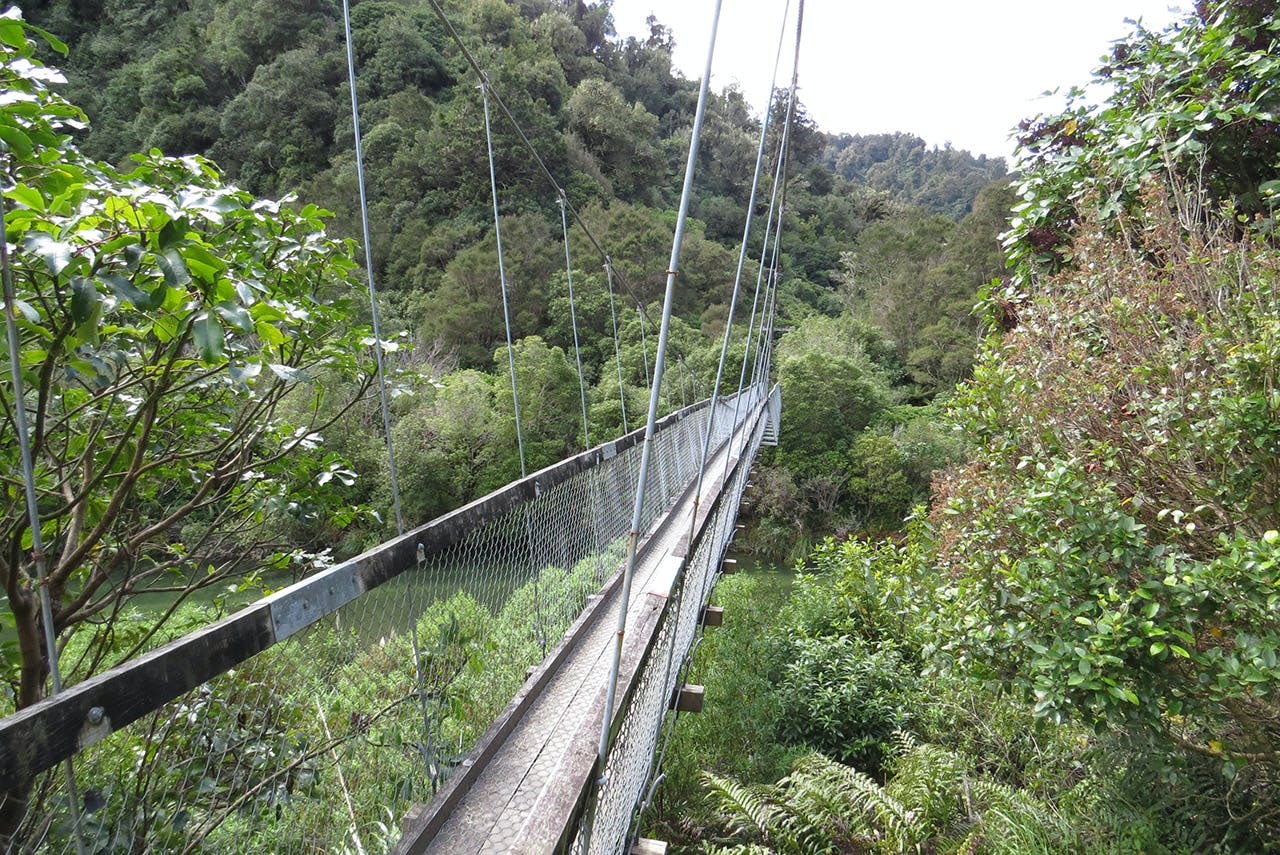 The offending bridge over the Hopuruahine Stream. Photo: DOC

The bridge that sent four French trampers plunging into the Hopuruahine Stream on the Lake Waikaremoana Great Walk had a rare manufacturing defect, say DOC reports.

Initial engineering examinations discovered defects known as quench cracks and embrittlement in a section of chain used on the bridge. These caused a cable to give way, sending the horrified trampers on an 8m fall.

After initial relief that no-one was seriously hurt, DOC examined the 65m bridge, built in 1996, and concluded the defect would have been difficult to detect in standard checks, the latest of which took place in June.

Also – fortunately – the locally-sourced batch of chains used for this particular bridge have not been used on any other bridge in the park or across the country. DOC has checked all 111 bridges that use similar high-tensile chain, and have found no faults elsewhere.

DOC and local iwi will repair the bridge over the next few weeks.

A five-year project to determine whether the toxin tutin could be used as a viable alternative to 1080 as a pest eradicator has ended with disappointing results.

Tutin comes from the native tutu plant and has been known to kill livestock, people and even circus elephants. But Shaun Ogilvie, a researcher at Lincoln University, has concluded male rats weren’t as susceptible to the poison as females, making it overall less effective than 1080.

A lack of funding means tutu as a potential pest poison can’t be explored further for now. 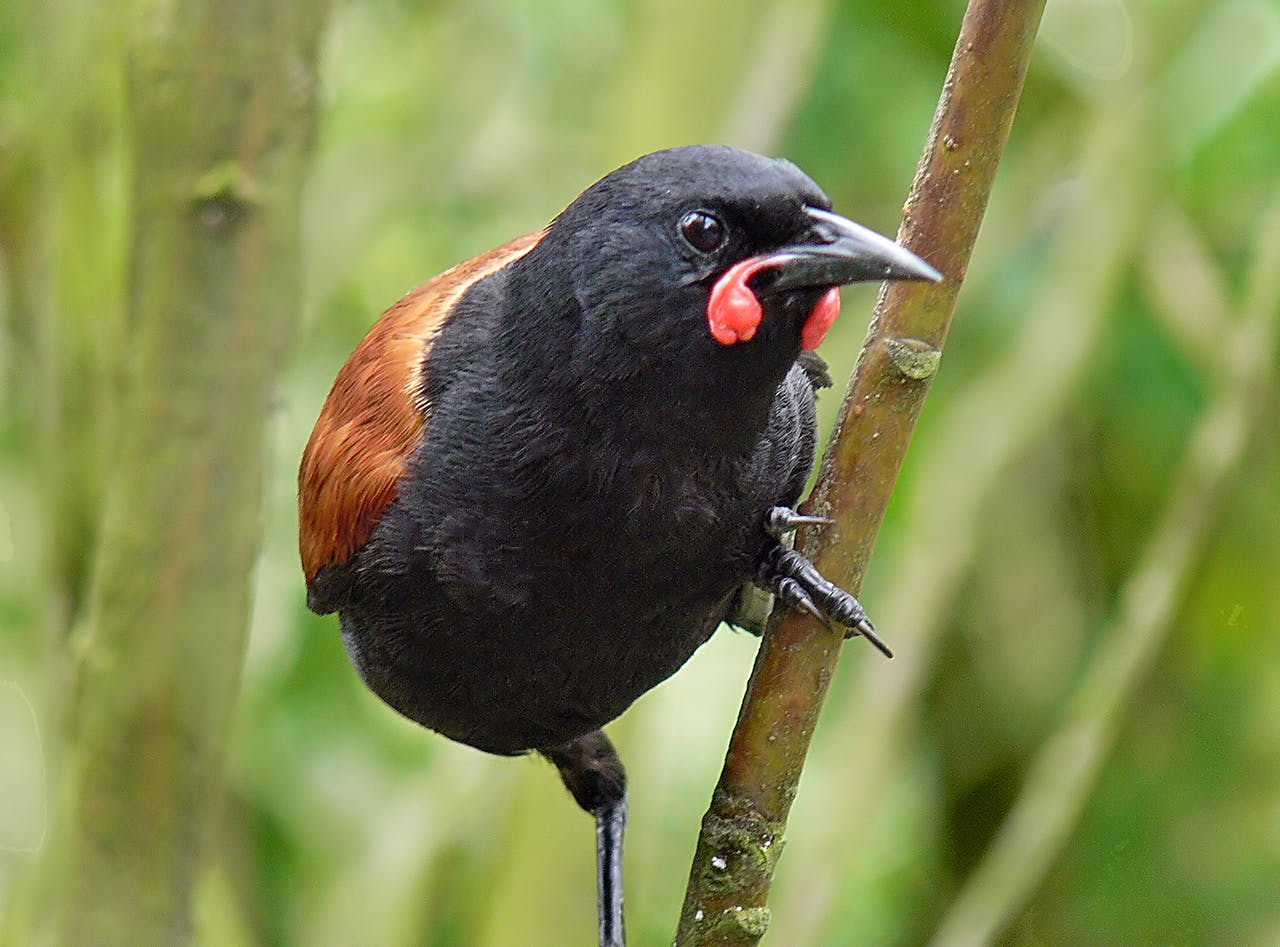 The Orokonui population of saddleback seems to have perished. Photo: Bernard Spragg

The only population of South Island saddleback seems to have perished due to a rogue stoat that refuses to succumb to traps.

Orokonui ecosanctuary was home to 40 of the birds until a stoat somehow managed to break through the predator proof fence in June.

The mustelid has been caught on camera and has left trails around the sanctuary, but has managed to avoid the 200 traps set around the reserve.

But Radio New Zealand reports that the saddleback, which were reintroduced more than 10 years ago, haven’t been seen or heard for two months.

A specialist dog is now being used to try and locate the offending mammal.