Hundreds of Himalayan hikers, climbers and support staff are dead or missing after the landslides and avalanches that followed the 7.8 magnitude earthquake in Nepal.

The popular trekking route of Langtang was decimated, as was Everest Base Camp.

Wanaka-based guiding company Adventure Consultants has been badly hit by the disaster. Six of its team – three kitchen staff and three climbing sherpas – were killed when the avalanche hit Base Camp.

The company’s logistics specialist Mark Morrison, who was helping to direct things from the Wanaka end, said losing staff was hard to take.

“Some were people I’d worked with personally,” he said. “For clients, one of the highlights of their trip is the wonderful Sherpa people.”

Two staff from Wanaka and one from the US were also at Base Camp but survived. They spent a week helping the injured and recovering the deceased before flying back to New Zealand.

“They’re pretty shaken,” said Morrison. “It was a massive thing for them to deal with.”

The earthquake hit in the middle of the day but Morrison said that if it had happened at night the situation would have been even worse.

“In the sixty or so years people have been going there, no-one has ever seen anything like that before at Base Camp. It was a huge event in its history.”

More Adventure Consultants guides and clients were situated at Camp One. Unable to climb down the damaged trail to Base Camp, the party had to stay put until rescue helicopters arrived. “They were pleased to leave, especially with the aftershocks they felt,” said Morrison who now hopes guiding parties will return to the region post-monsoon season. “It’s important to get things going again in the country,” he said. “They’re great people and the best thing would be to get trips going as quickly as possible.” 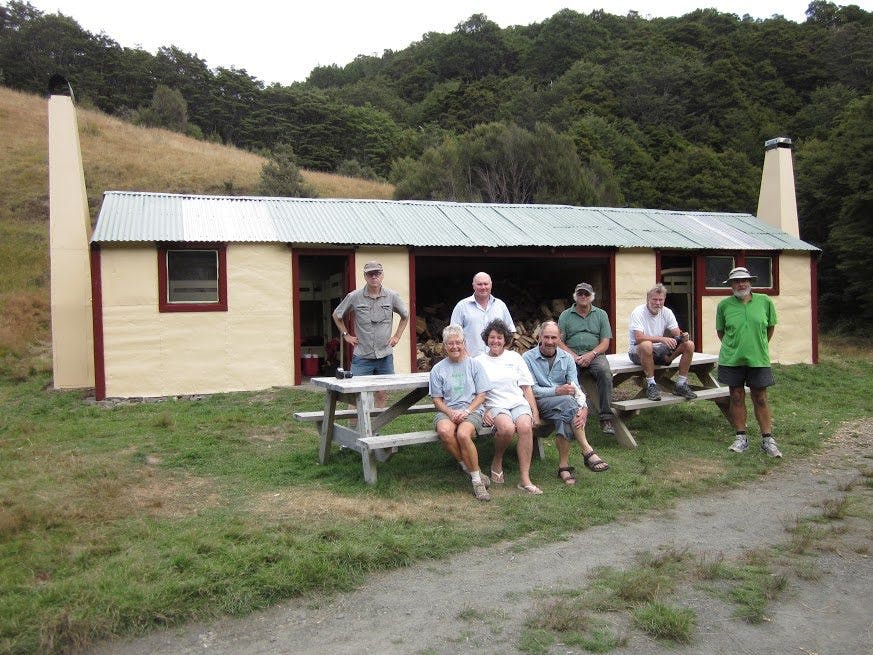 It wasn’t that long ago that DOC was discussing removing Flora Hut altogether. But this unique little shelter has been given a new lease of life in the past 18 months thanks to a volunteer effort in memory of a dear friend.

Members of Nelson Tramping Club have been painting, insulating and revamping the popular hut, situated close to the Graham Valley Road end in Kahurangi National Park.

Flora Hut, first built in 1927, hadn’t been revamped since 1982 and was in need of TLC, said the tramping club’s president Lawrie Halkett.

“The hut has a lot of character that’s important to retain,” he said. “For instance, there are 100mm round posts inside and open fireplaces which give the hut an old world look about it.” The hut’s also unusual, as the two bunk rooms each have their own fireplace and are separated by a woodshed.

In the 2013-14 summer the club re-roofed the building, this summer they painted the outside walls, added insulation and have fixed the leaking open fireplace, adding firebricks to make them smaller so less wood is used.

A plaque will be placed in honour of long time club member Ruth Hesselyn, who died in an accident close to Mt Arthur in 2012. The project is being done in her memory. “It was a very sad event,” said Halkett. “She was an experienced tramper and climber who led a lot of club trips and fulfilled a number of roles at the club.”

Halkett hopes the work to the hut, supported by a $6500 grant from the Outdoor Recreation Consortium, will encourage more families to visit. “Young people are our trampers of the future and we want them to have the chance to experience this wonderful environment. There are blue duck and kiwi in the area and we experienced a wonderful cacophony of sounds during our working bees.” 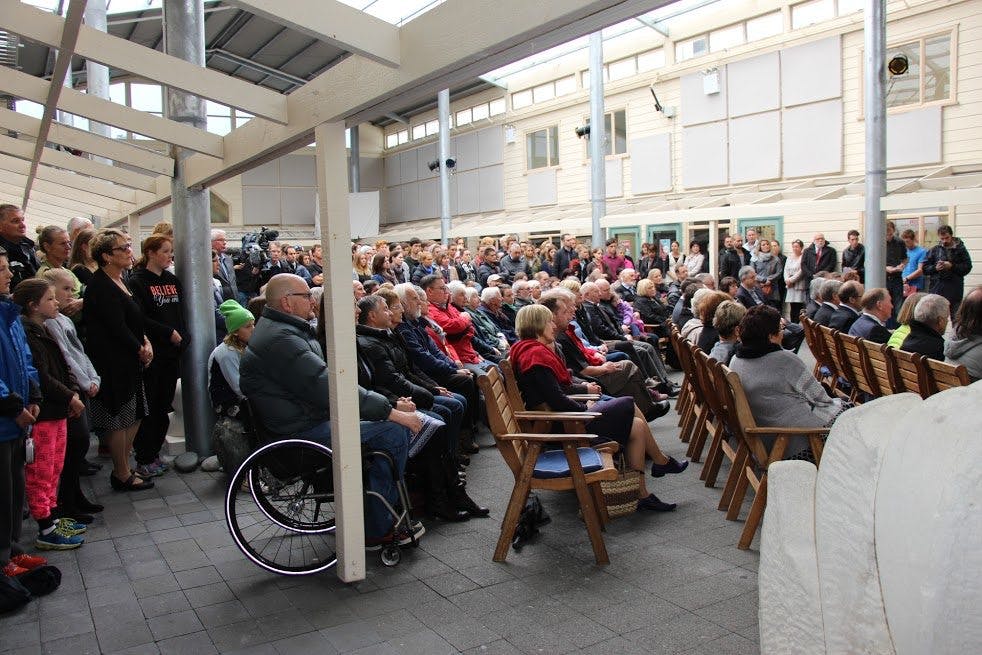 More than 200 people gathered to commemorate 20 years since the tragic event that killed 14 people at Cave Creek.

The ceremony, held at Tai Poutini Polytechnic, Greymouth, featured speeches and poems by friends and family members of the deceased. Guests also spoke, including DOC’s director general Lou Sanson, who said he felt great humility at representing the department that had failed the victims and their families.

Fleur Pawsey, whose brother Kit was one of those killed in the tragedy, said she can take comfort from knowing that people can now access the outdoors in a safer way because of what happened, a sentiment echoed by her mother Virginia.

At 11.25am, the same time as the platform had collapsed 20 years previously, the group held a minute’s silence.

The Cave Creek Disaster happened on April 28, 1995. Seventeen students from Tai Poutini were on a field trip. They and one DOC worker stood on a recently-completed platform which overlooked Cave Creek Resurgence close to Paparoa National Park.

Thirteen students and the DOC worker died. The other four students were injured, some seriously. 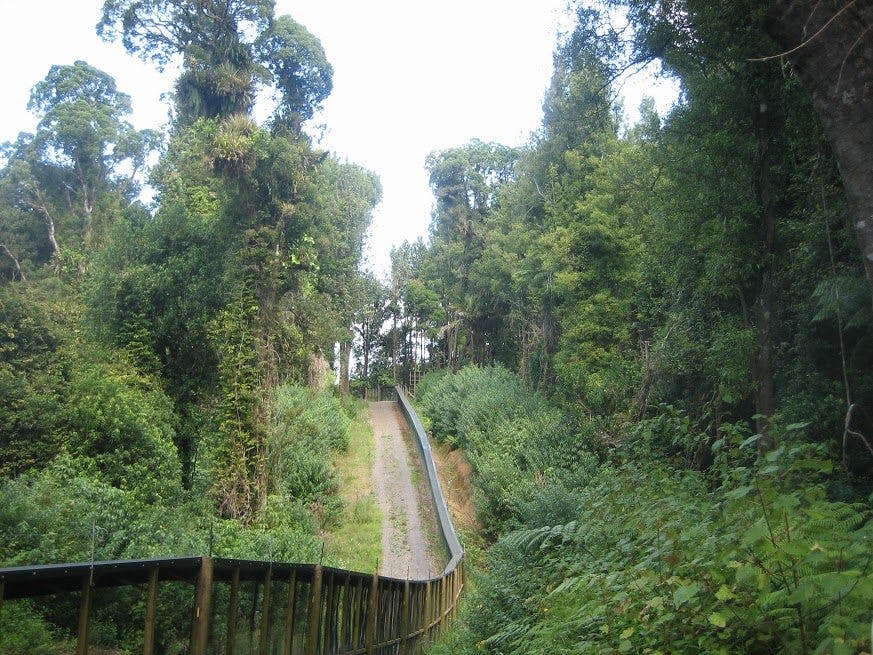 The predator proof fence at Maungatautari is the longest in the country. Photo: Floyd Wild

Those who have climbed the ancient volcano Maungatautari, south of Hamilton, will remember sections of near-vertical ascent, clambering up muddy cliffs while clinging to tree roots.

While this is great fun for many of us (and remains an option), a benched track has now been completed to offer a far more family-friendly route across the mountain.

The track traverses the reserve taking walkers to the highest point at 797m.

Those hoping to enjoy the tremendous views from the second highest point – Pukeatua, 753m – will still need to scramble up the final 10 minutes to the top from the main track. 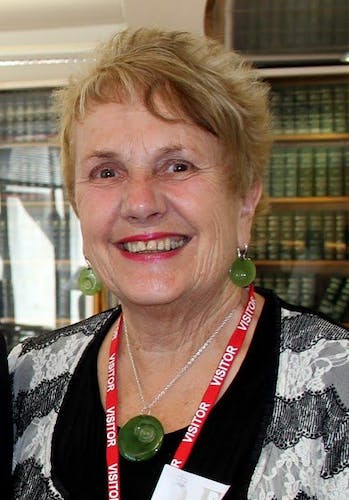 Southland has lost one of its best known politicians and environmental campaigners.

Frana Cardno died at her Te Anau home on April 23 after being diagnosed with cancer in June last year.

She served as Southland District mayor for 21 years before joining a range of organisations, including the Save Manapouri and Save Fiordland campaigns, the latter opposed to a monorail and tunnel being built to serve visitors to Milford Sound.

Up to 1000 mourners attended her funeral on May 1.

Chair of Save Fiordland, Bill Jarvie, described her as a huge asset to the group’s campaigns.

“She was a strong member of the Save Fiordland executive – she brought political nous as well as a passion for the environment. She could see the dangers of destroying the environment with destructive development.

“We had a political, not just environmental, fight and she was quite prepared to go to Wellington for the cause.”

Jarvie said she was an integral part of the team and will be sorely missed. 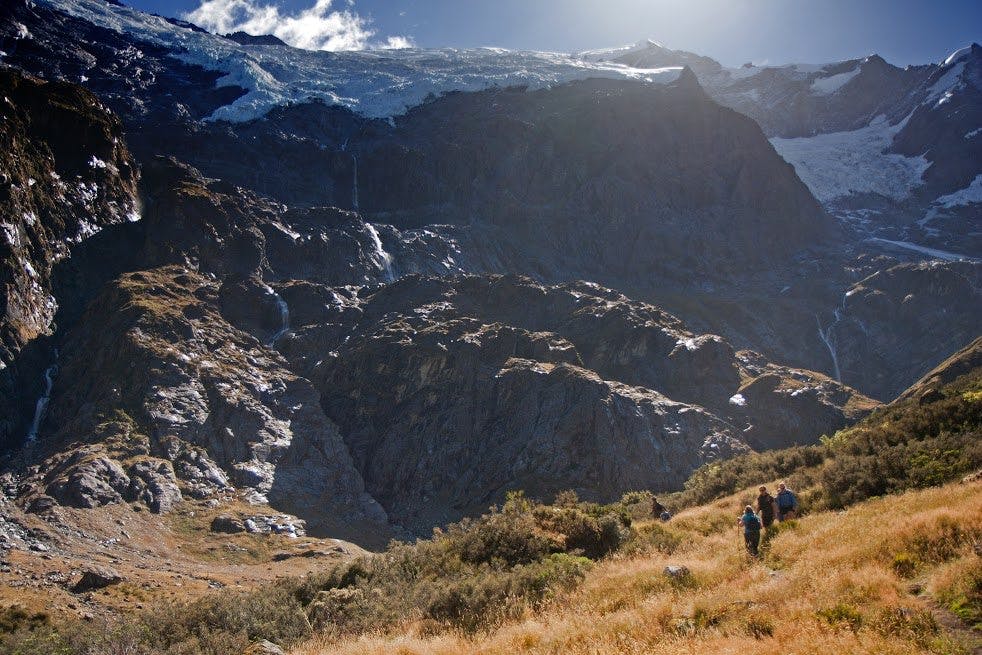 DOC checked for rockfalls in the Rob Roy Glacier region after the quake. Photo: Andrea Schaffer

DOC was relieved to find no evidence of rockfalls or damaged huts after the earthquake that struck the Wanaka region on May 4.

The department checked popular areas in Mt Aspiring National Park, such as Aspiring Hut and the Rob Roy Track.

The earthquake hit at a time of year when fewer people are in the hills but, for those who were, it was a bizarre experience.

Jessica Marriott, who guides for Wanaka-based Aspiring Guides, was rock climbing with a client on private land at Hospital Flat, near Glendhu Bay. Luckily they were at the top of the climbing area, rather than hanging off a cliff, when the quake struck.

“It started as a soft rumble which quickly got louder,” said Marriott. “The ground was vibrating, but not violently. My first thought was that I hope the rocks above us don’t fall down.”

She advised her client that they’d better head away from the rocks in case some had become loose. “No rocks I could see were dislodged but I decided we should call it a day when the aftershocks kept happening.”

DOC asks that if anyone discovers quake damage on conservation land they should report it to the local DOC office.

We were so entranced by the beauty of the Welcome Rock Trails in the April issue (A Warm Welcome) that we forgot to check which province it’s in.

We said it’s in Otago, but hadn’t realised that the drive down from Queenstown had taken us across the border into Southland.

Thanks to the readers who spotted that – we’ll study our map more closely in future.