The Department of Conservation has spent $1.3m on two new campgrounds, upgrading tracks and installing boardwalks at the tip of the North Island to create a new multi-day walk called the Te Paki Coastal Track.

DOC believes the 53km three to four day track – also known as the Cape Reinga Coastal Track – will be fully completed in March 2013, has the potential to become as popular as the Abel Tasman Great Walk.

DOC Kaitaia’s community relations manager Carolyn Smith said the track upgrade is the second stage of a major overhaul of Te Paki reserves, which included the now completed upgrade and rehabilitation of Cape Reinga. “It’s about changing the public’s perception of Te Paki Reserves as more than just a lighthouse at the end of a road, to a world-class destination offering a variety of activities, including multi day trips,” Smith said.

“With equally stunning scenery and beaches to rival Abel Tasman, and a variety of unique places including vast dune systems, pristine wetlands, coastal forest and excellent marine life, DOC is confident the site will be a huge hit, especially as it also incorporates Cape Reinga, one of New Zealand’s most iconic sites.

She believe the temperate climate is another reason the track’s popularity will increase: “It’s warmer for longer, even over the winter months, making it possible to enjoy tramping, swimming and camping for a much longer period than further south.”

There are two new campsites called Twilight and Pandora, which are located, respectively, just north of Scott’s Point on the west coast and about halfway between Taputaputa and Spirit’s Bay campsites.

Both are small, basic campsites with composting toilets, rain water tanks and shelters for cooking under.

Seven sections of track between Spirits Bay and Te Paki Stream have been rerouted and upgraded, including a 2km section around Waitahora Lagoon. DOC also installed a 300m boardwalk over the lagoon which was previously dangerous to cross at high tide.

Smith said the upgrades are part of an effort to improve economic development in the Far North by encouraging visitors to stay in the area for longer.

She said the track network has been there for a long time, but with the upgrades it will allow the department to market the recreational opportunities in a different way and to provide a better visitor experience.

Walkers can start the Te Paki Coastal Track at either Spirits Bay or Te Paki Stream. 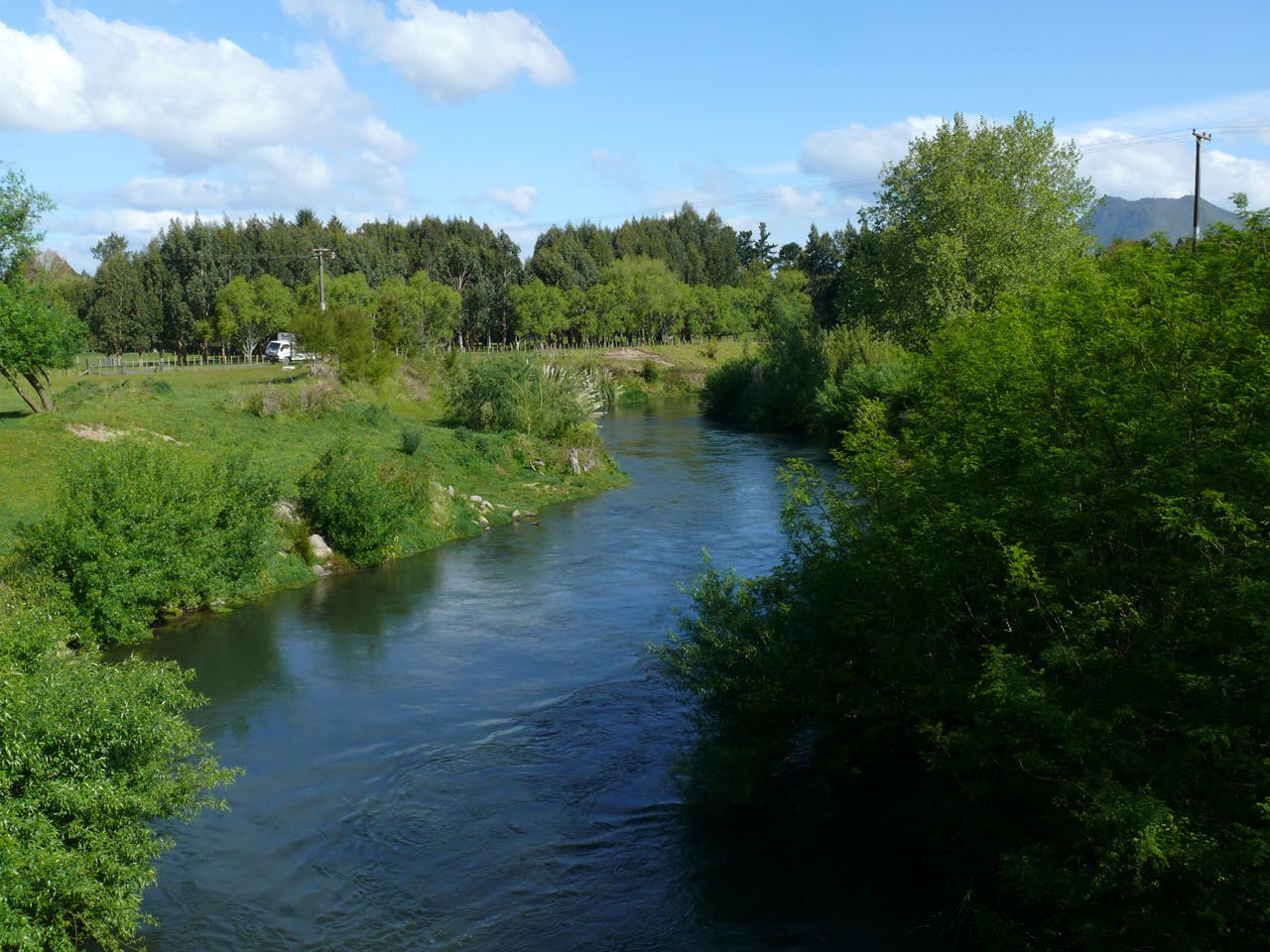 Public submissions are being sought on a new private member’s Bill seeking to close a loophole in the Resource Management Act allowing long term river pollution.

The amendment would restrict exceptional circumstances to five years.

Regional councils occasionally use the clause to grant resource consent for companies, territorial authorities or individuals to discharge waste under emergency situations or other out of the ordinary situations.

“At the moment the phrase ‘exceptional circumstances’ has no time limit and has been occasionally used to justify the far from exceptional, but very convenient, long term pollution of some waterways and coastal areas,” Delahunty said.

As an example, Delahunty said the exceptional circumstances clause has allowed pulp and paper mills in Kawerau to pump industrial waste into the Tarawera River since 1955.

“The pulp mills have had no incentive since 1954 to clean up their effluent hence the river becoming known locally as The Black Drain,” Delahunty said.  “This Bill offers a chance to do something positive for the environment, and the tangata whenua and local community who have been calling for change for a long, long time.

“Exceptional circumstances are real but not indefinite, a five year time frame is much more reasonable.”

The Bill passed its first reading in August and was supported by all parties except ACT and National.

To make a submission visit www.parliament.nz and find the Bill under ‘Make a Submission’.

Kime Hut to be replaced 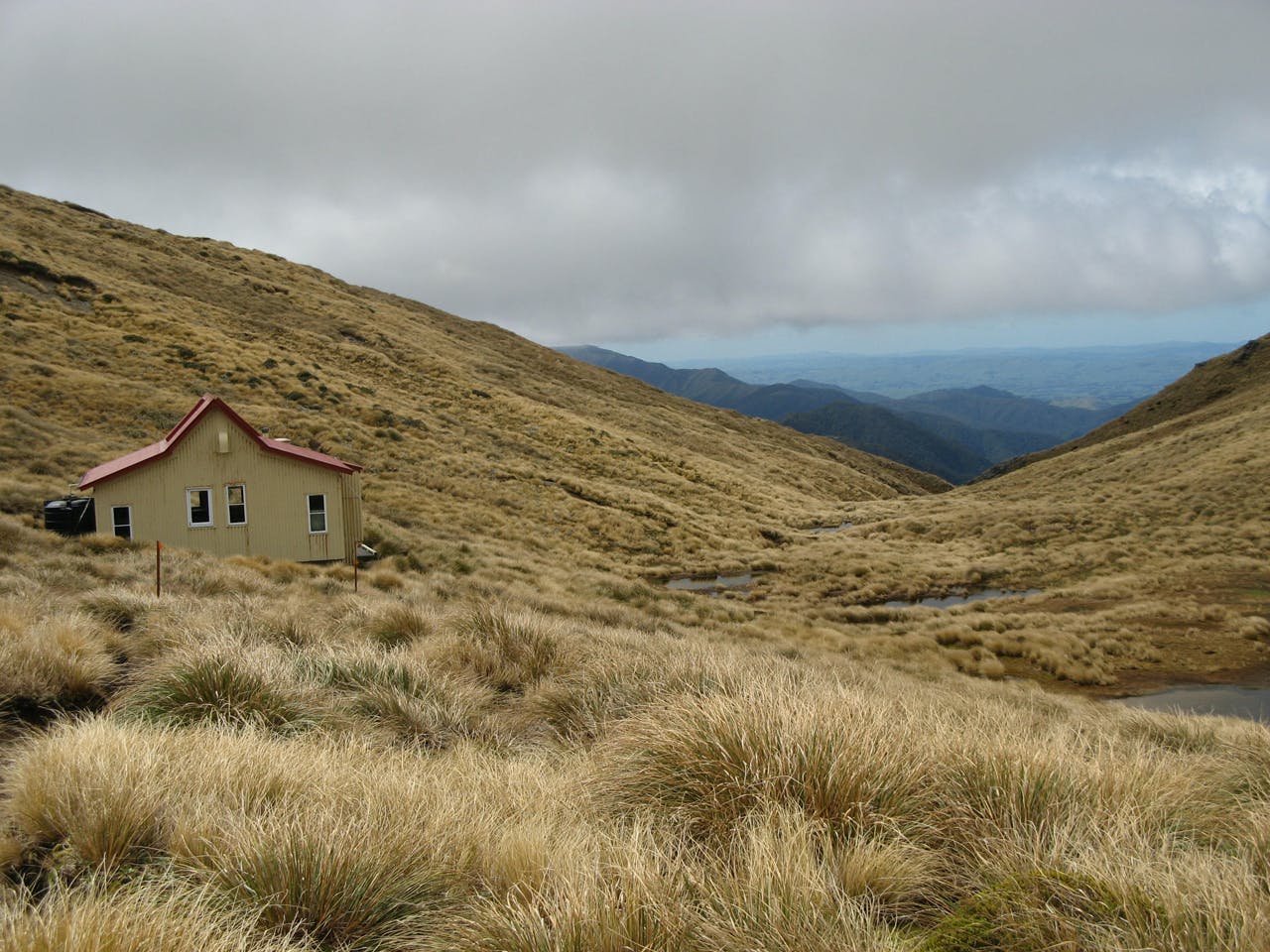 From now until early 2013 trampers will only be able to use 10 bunks in Kime Hut in the Tararuas as the rest are being allocated to construction workers replacing the 38-year-old hut.

DOC’s recreation systems improvement advisor, Brian Dobie, said the current 20 bunk hut is cramped, cold, dark and dingy and DOC has been considering replacing it for some time.

“We’re replacing it with another 20 bunk hut with modern standards that will encourage more people to stay there because at the moment it’s not a very nice place,” Dobie said.

The hut will have floor, wall and ceiling insulation, double glazed windows and will be reoriented to benefit from the maximum amount of sunlight.

Dobie said Kime Hut is a crucial hut on the Tararua Southern Crossing and given its 1400m altitude and exposed position it needs to provide better shelter to those staying there.

Dobie estimated the total cost to replace the hut, including design, consultation, helicopter flights and construction, would be in the region of $500,000.

Kime Memorial Hut was originally built in 1930 by Joe Gibbs for the Tararua Tramping Club and was replaced by Kime Hut in 1978.

The hut is best accessed from Otaki Forks by taking Field Track to Field Hut and then on over Table Top and Bridge Peak to Kime. The hut is one the popular Southern Crossing and is located below Hut Mound (1440m). 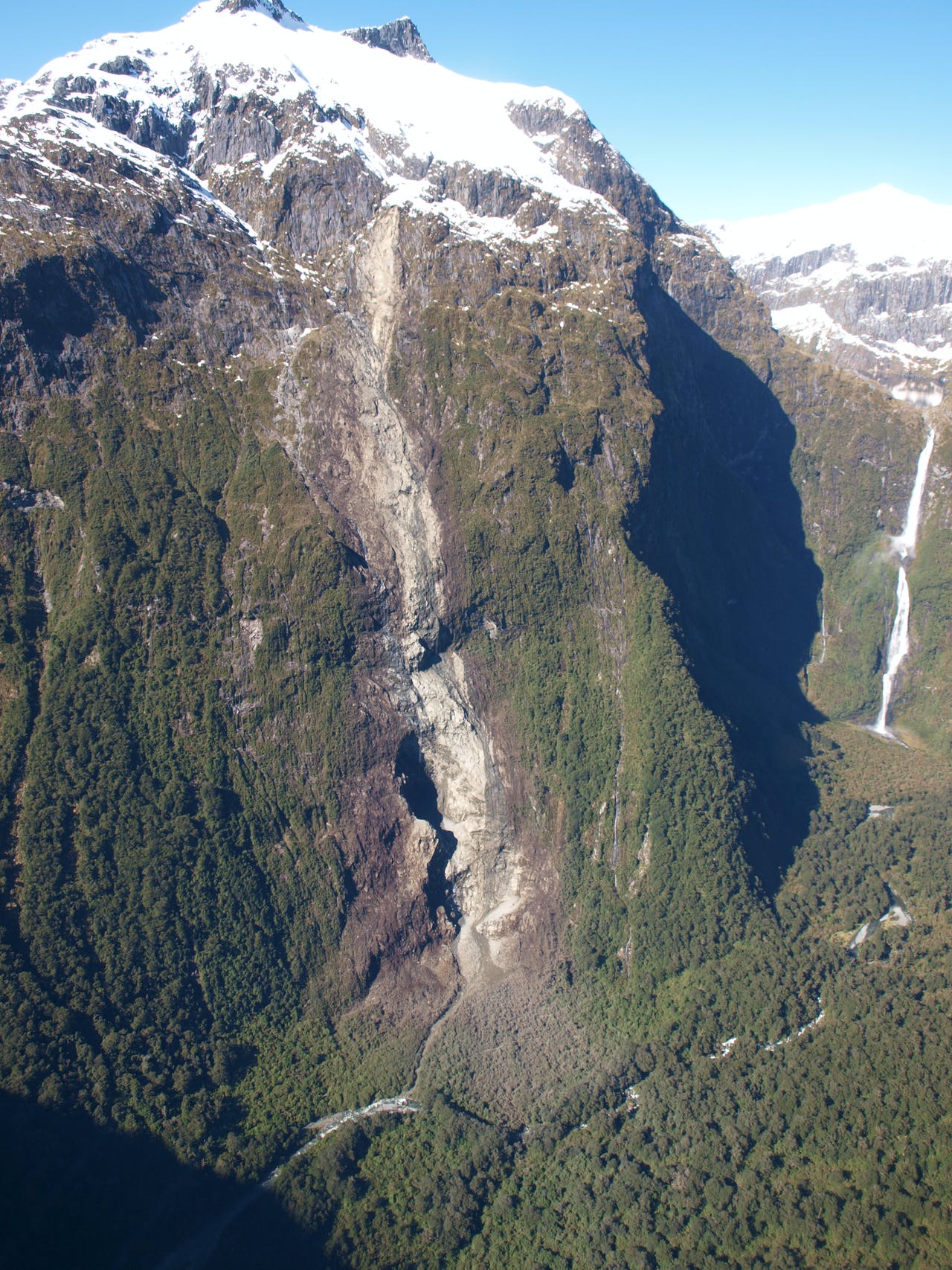 Milford Track walkers will have to forgo the traditional shower received by standing beneath Sutherland Falls until a recent rock fall is deemed stable and safe for them to negotiate.
Heavy rain in late October triggered a massive rock fall over the Sutherland Falls Track, which left two large rocks teetering above the track. The latest rock fall mirrored a similar event in 2007 which followed a 6.7 magnitude earthquake.

In October, the north flank of Mt Hart (1769m) from around the 1300m contour collapsed, creating a zone of boulders, fallen trees and shrubs 500m wide and 1000m deep to the valley floor.

The Department of Conservation’s Ross Kerr, who visited the rock fall site, said “visitors cannot access the base of the falls, but it can still be viewed from the Milford Track, which is unaffected by the rock fall.”

He said the rocks would be monitored and the track opened “once it is safe to do so”.

The problem rocks are difficult to access and DOC is hopeful they may be dislodged during future heavy storms. If that fails, Kerr said there were two options: “One is to use explosives [to dislodge the rocks] and tidy up any loose rocks with a monsoon bucket. The other is to re-route the track which is a major task.”
Re-routing the track could be done on the true left of Staircase Stream but at least two new bridges would need to be built. 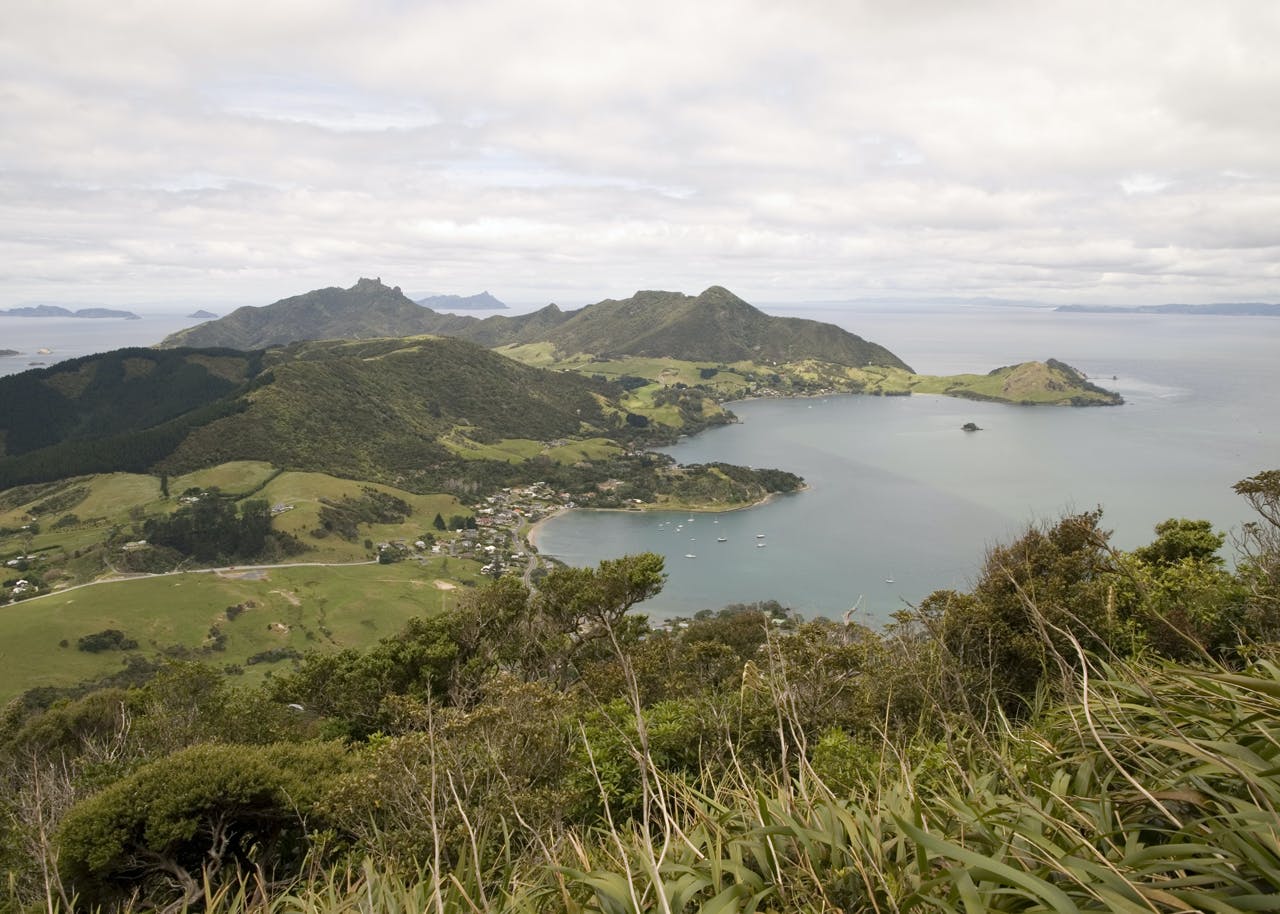 The section of track from Bream Head to Smugglers Cove will be closed to the public until mid to late December.

DOC Northland visitor assets ranger Don Robertson said the track is being upgraded because it currently requires a high level of fitness and is dangerous in some of the steeper sections.

“We haven’t had any injuries on it in the last [few] years,” Robertson said. “We’re really just trying to fix the steeper areas of the ridge track and make it more accessible for a wider range of people.”

Robertson said summer is the only time of the year the work can be done because during the winter the track turns to mud.

The current track from Urquharts Bay to Sumgglers Bay is very popular with families and is “pushchair friendly”, Robertson said.

Robertson said the estimated cost of the upgrade will be $400,000 or greater. 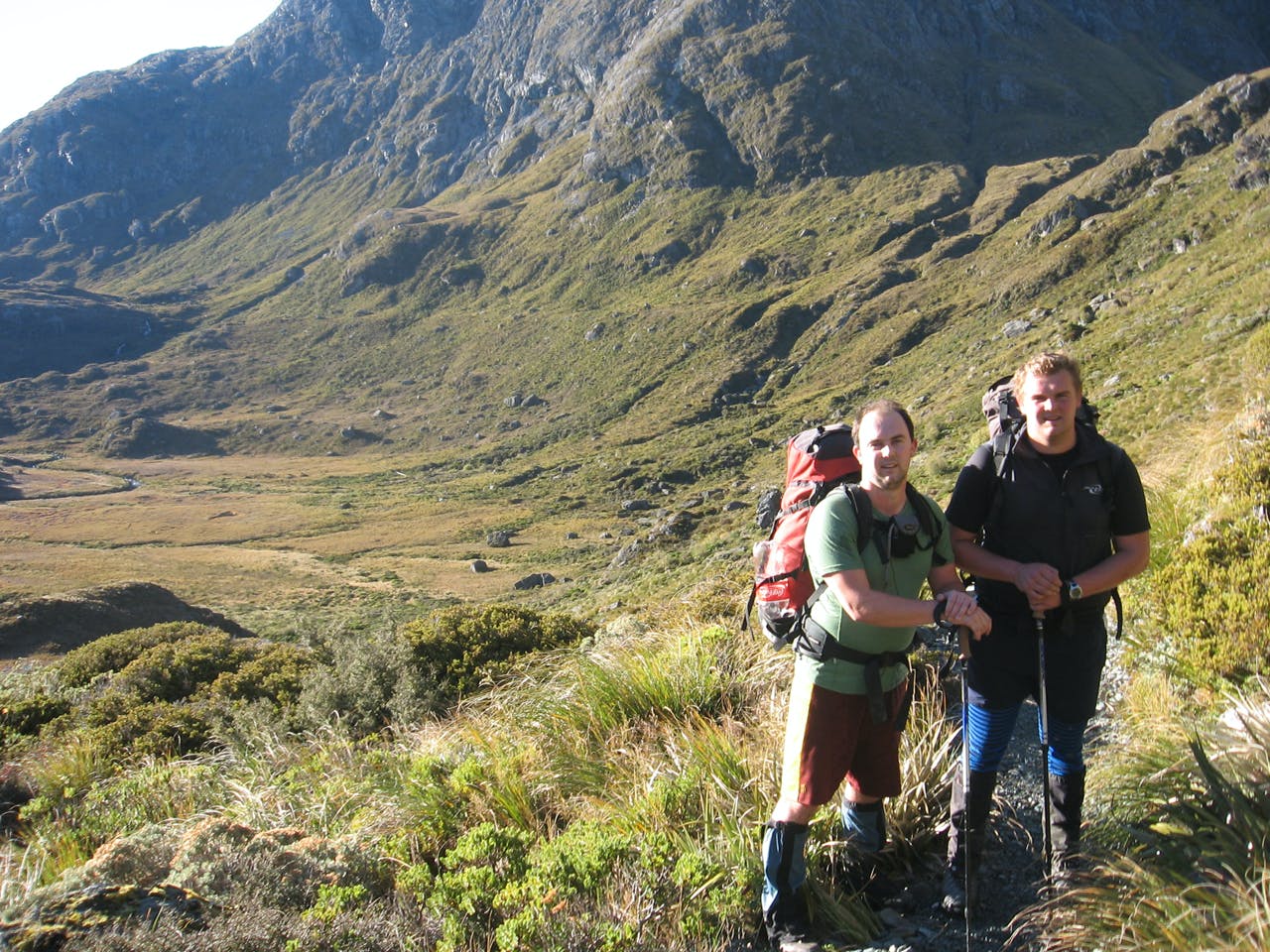 Two brothers have set themselves an audacious goal to climb 21 peaks over 2000m in just 21 days and hope to do their bit to save the kea population from declining further at the same time.

Nathan and Nigel Watson intend to climb all 21 peaks over 2000m in Nelson Lakes National Park. Nothing special about that, you might think except for the fact the brothers plan to do it in 21 days.

Nathan Watson, 27, has done the maths and says climbing all 21 peaks equates to around 16,000m of ascent and about the same in descent.
The brothers are hoping to raise close to $50,000 for the Kea Conservation Trust by finding a sponsor for each of the 21 mountains. They are asking sponsors to match dollar for metre the height of the mountain they choose to sponsor. A private sponsor from Wellington has already pledged $2038 to sponsor Emily Peaks. She chose these peaks because her middle name is Emily.

The Watsons plan to begin their expedition on February 10, 2013, and acknowledge they have a long way to go to reach their fundraising goal. Regardless of whether they reach their target, they say they will attempt the expedition.

Watson said he and his brother wanted to support the Kea Conservation Trust because they are concerned of the plight of the native parrot. The birds are listed as nationally endangered and the population in the Nelson Lakes National Park area has plummeted 80 per cent over the last 10 years.

“We know the kea population is going through a rough time and as far as we can tell there doesn’t appear to be any major sponsorship of the kea like there is for the kiwi or kakapo,” Nathan said. “I would hate to see in 20 years time a country without kea.”

The expedition is a finalist in the Sport New Zealand Hillary Expedition Grants. The Watsons have set up a facebook page – www.facebook.com/21peaks21days – where potential sponsors can find out more about the expedition and how to contribute to the cause.