The busy trail to the Coromandel’s Cathedral Cove has become a much faster undertaking, with the entire 2.5km track now sealed.

The Department of Conservation chose to pave the walkway late last year. DOC ranger Paul McKinnie said with an estimated 500,000 visitors each year walking the track, it was an obvious choice for the department to seal it.

“You get mixed reactions with this kind of work. Some people want to keep it natural, others want to make it look tidier so it’s easier to maintain,” McKinnie said.

“With the amount of visitors we get, it was a bit of a no-brainer. It needed to be sealed, being a high-priority site, and just to improve the experience.”

“You could understand if it was a backcountry track, where people enjoy jumping around and not walking down a straight line. But when you’ve got lots of overseas visitors and children, you need to have something a little bit more consistent.” 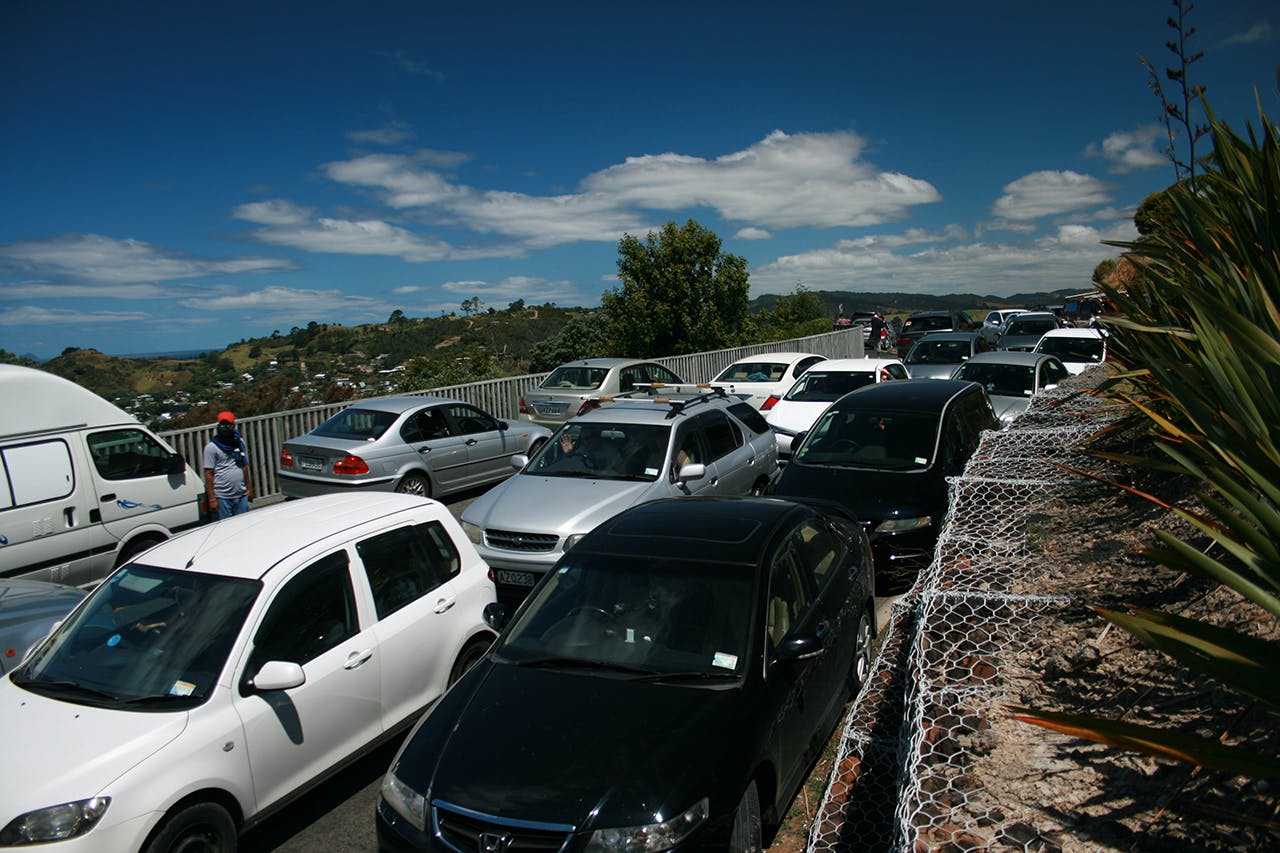 The car park at the start of the track is often bursting at the seams. Photo: Bill Stead

However, Chair of the Hahei Stakeholders, Bill Stead, said he isn’t impressed.

“I think it detracts from the wilderness aspect of New Zealand’s walks. It’s become more like a walk down a road. It hardly seems like an outdoor experience, walking down a sealed path,” Stead said.

McKinnie said other factors that influenced DOC’s decision to seal the track were to mitigate the spread of kauri dieback and to reduce the time and cost of ongoing track maintenance.

But Stead said he sees it as a poor use of funding. “They should have spent the money worrying about parking for people to access the track.” There are 45 spaces in the closest car park and a further 200 spots in a park-and-ride near the entrance to Hahei, which Stead said still isn’t enough for the peak periods.

McKinnie agreed that parking is an issue for visitors, saying the department needs to work with the community to develop new options, including a new initial 200-capacity car park on Lees Road, from where visitors can walk directly to Cathedral Cove.