Which form of life combines an algae and a fungus? Answer: a lichen. This symbiotic union between two very different life forms provides advantages for both, enabling them to exploit environments that neither could survive on their own.

Instead of an algae, some lichens combine a cyanobacteria with the fungi, while yet others may combine all three. The fungus provides the structure for the organism, while the algae or cyanobacteria uses photosynthesis to harness the energy of the sun and turn it into food.

Combined with their ability to secrete a rock-eroding acid, lichens can live in a huge variety of places, and colonise even bare rocks and tar seal. Lichens cope with the extremes of the mountain environment using some remarkable abilities; they can remain dormant during periods of drought, can photosynthesize at temperatures as low as minus 20, and need only the moisture from air, rain or snow to get all their required nutrients.

Botanist Alan Mark says we should really view lichens as their own miniature ecosystem, and that they cover about eight per cent of the world’s biomes; an incredible amount. In New Zealand, we have about 1800 species, across more than 370 genera, making it, according to Mark, “one of the most diverse lichen mycobiota in the world.“ One species even grows in snowbanks.

The most common alpine lichens are grouped into categories according to form: crustose, foliose, fruticose, leprose, squamulose and placodioid. As the name implies, crustose lichens cling closely to the surface of the substrate they grow on, such as rocks. Foliose lichens look more like plants, and grow foliage-like limbs. They often colonise tree trunks, particularly in damp areas.

You’ll see lichens just about anywhere you tramp – beside tarns, on tree trunks, mountain bluffs, river boulders, and even on hut walls and marker poles. Apparently, the highest lichens in New Zealand are some 14 species that grow on the summit rocks of Aoraki/Mt Cook, at an altitude of about 3600m. It is a place only lichens can survive. I haven’t seen them there, but sure would like to someday. 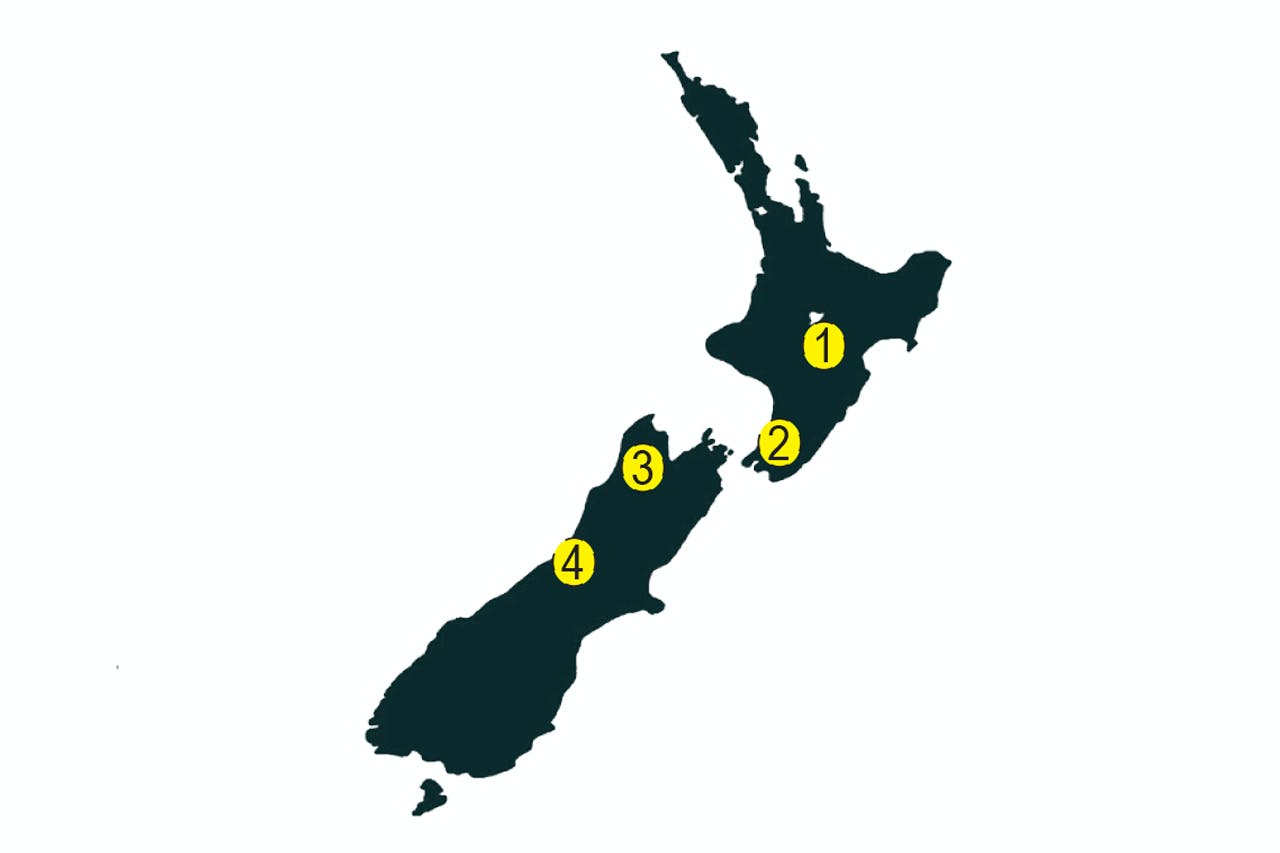 Ignimbrite Saddle is a curious opening, where a jumble of ignimbrite boulders lay, in stark contrast to the surrounding ridges of beech forest. Lichens have colonized the rocks, forming circles. Ignimbrite Saddle is most often crossed by trampers completing a weeklong Kaweka-Kaimanawa traverse.

Alpha Hut lies near the treeline on the Tararua’s Southern Crossing, set among some gnarled old silver beech trees. Lichens grow profusely on the tree trunks, adding colour  and texture to this forest   environment.

On a trip to the Thousand Acres Plateau, I decided to eschew the track from Lake Matiri, and instead find my own route up Bay Creek. It ended in an interesting scramble through limestone bluffs, but en route I saw the most spectacular lichen whorls I’ve seen in New Zealand. I have no idea if it is a curious mix of the limestone substrate, local rainfall and weather conditions, or what, but these lichens resemble floral wallpaper.

Some of the most spectacularly coloured lichens I’ve seen were red ones growing on the boulders at the junction of the Whitcombe River and Tom Creek, just downstream of Frew Hut. Contrasting with tufts of lime-coloured moss, the red lichens rendered the usually drab-looking boulders more like a work of art.