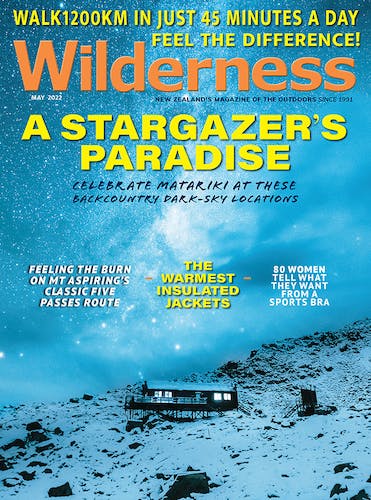 Where you find the word ‘col’ on a map, you can expect steep and difficult terrain. But not all require mountaineering experience to cross.

The term ‘col’ derives from the French, meaning ‘pass or depression’ in a mountain range. In Aotearoa, we tend to use it for more difficult, steeper alpine passes.

Perhaps that explains why there are no named cols in the North Island and most of those in the South Island are situated in the higher alpine mountains of Kā Tiritiri o Te Moana / the Southern Alps.

There is around 121 features called ‘col’, some with imaginative names like Possibility, Revelation, Fools, Echo, Groove, Escape and Battleaxe. Some of these names tell stories. Revelation Col was the place where Jim Dennistoun famously discovered he and his climbing party were in fact en route to Mt D’Archaic, not to a lesser peak nearby. While that story ended in success, Tragedy Col remembers Ray Dixon and Stan Alloway, two Victoria University climbers who died while crossing the Naumann Range in 1947 (later, the Alloway-Dixon Hut in the Tararua Range was built to commemorate them).

Many other cols remember early Pākehā climbers and adventurers, such as Zurbriggen, Brunner, Tuckett and Wright.

While the alpine nature of many cols requires a degree of mountaineering expertise for crossing, there are many that are perfectly negotiable by trampers. These four are within the abilities of trampers with alpine equipment and experience.

Tarn Col (1368m) is a popular route between the Edwards and Hawdon Valleys, and in summer conditions doesn’t require much expertise other than a reasonable head for heights. Travel up the Edwards Valley to Edwards Hut, over the pass into the Otehake beneath Fallen Mountain, then up the steep gully route to Tarn Col. Beyond is a broad, open sub-alpine valley with a sizeable tarn, leading to the route over Walker Pass and into the Hawdon. Allow three days.

Peg Col (2004m) is a high alpine pass on the edge of the Arrowsmith Range. It offers a good route between Cameron Hut (the main climber’s base for the area) and Jagged Stream in the Rakaia Valley. From Cameron Hut, the unmarked route climbs scree and snow slopes onto the high col, where another broad scree/snow slope leads into the Jagged headwaters. To reach Banfield Hut, it’s usually necessary to sidle high on the true right to avoid a gorge. Once in the Rakaia, a round-trip can be completed using tracks through Lake Stream (with permission from the station manager).

Erewhon Col (2160m) derives its name from a term that is almost ‘nowhere’ spelt backwards. It was the name of a novel by famous Canterbury pastoralist Samuel Butler, who briefly farmed in the Rangitātā Valley. Trans-alpine trampers most often use the route to travel across Kā Tiritiri o te Moana between the upper Rakaia and the Wanganui River, crossing the expansive Bracken Snowfield en route. While from the headwaters of the Rakaia, access up the retreating Ramsay Glacier is possible, the meltwater lake can be troublesome to get around. Usually, it’s easier to access the Bracken via Whitcombe Pass and the Sale Glacier. Glacier travel over the broad Erewhon Col leads to Full Moon Saddle, beneath the impressive Mt Evans, and into the Evans River, a tributary of the Wanganui. Allow at least 4-5 days for a crossing, and the route certainly demands alpine equipment and experience.

North Col (1589m) connects the Rock Burn and the North Branch of the Route Burn and makes a rewarding off-track trip for experienced trampers. From the Routeburn Road end, tramp over Sugarloaf Pass, into the Rock Burn, and continue to the valley head at Park Pass. From here, climb a steep ridge to reach Lake Nerine and sidle ledges around to North Col, which leads into the flatter terrain of the Route Burn North Branch. Fast parties can do the trip in as little as three days, but most take 4-5.