We spend Friday night in Rotorua unnecessarily fortifying ourselves with Indian food and good wine before heading into the Galatea Plains off the Ikawhenua Range.

It’s just a three-hour walk up the Horomanga River to Midway Hut. It’s an easy walk but one with a multitude of river crossings, something I didn’t consider when rounding up five friends for what I promised would be a quick and entertaining winter trip. The river is icy and all six pairs of feet are thoroughly numb before the first hour is up.

After 90-minutes we came to a track junction at the Mangawhero Stream, reportedly the site of the old Mangawhero Hut, though it’s hard to tell where it once stood. From there it’s another 5.3km to Midway. 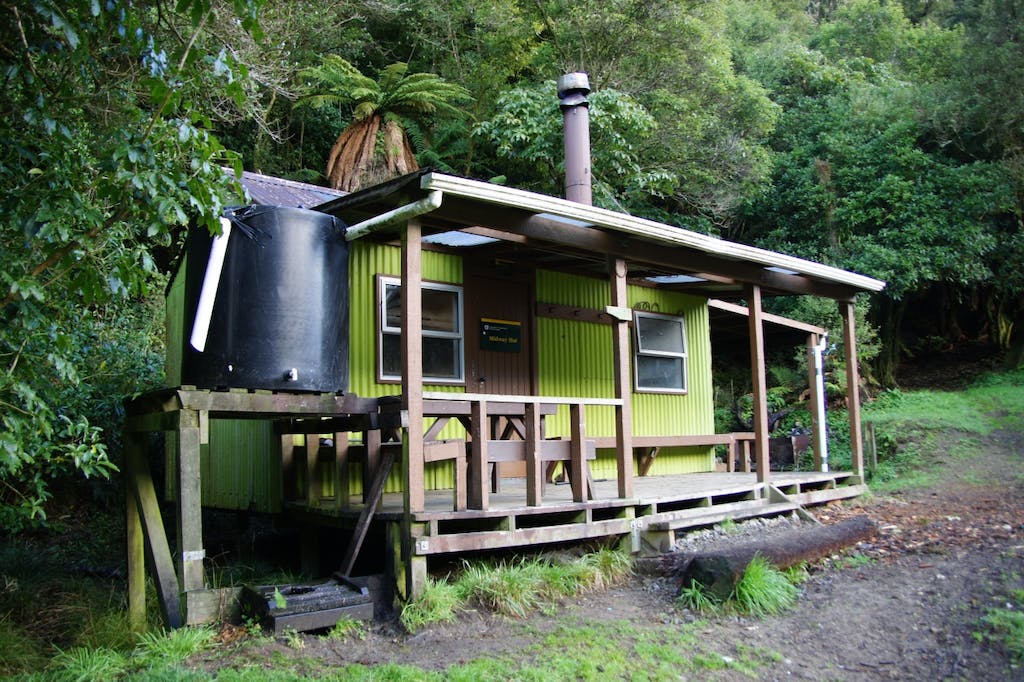 Chilly water aside, it isn’t a tramp to attempt after heavy rain; the track winds its way up the river, crossing it constantly, and the narrowness would render it tricky. As it is, it’s thigh-deep for the female shorties and knees-deep for the guys.

Taupo Tramping Club wisdom has the number of river crossings each way at 46. We 42, before you take side streams into account. Regardless, it’s enough to make a 7.7km trip just that little bit slower.

There are minimal track markers but it’s easy enough to follow as we kept an eye out for where the next entry point was after each crossing. (Don’t even try to keep your feet or pants dry – the first river crossing occurs about 30 seconds after leaving the car park.) Plenty of deep, emerald pools would beckon enticingly in the summer but in winter are better simply for photo opportunities.

We met a group of hunters on the way, almost on top of them as their camouflage blended them into the grassy backdrop. One had a bit of luck while the others were tramping out empty-handed. Still, there must be a reasonable number of critters in the vicinity – we saw the head of a stag carelessly abandoned on the river bank along with its entrails and plenty of fresh sign. 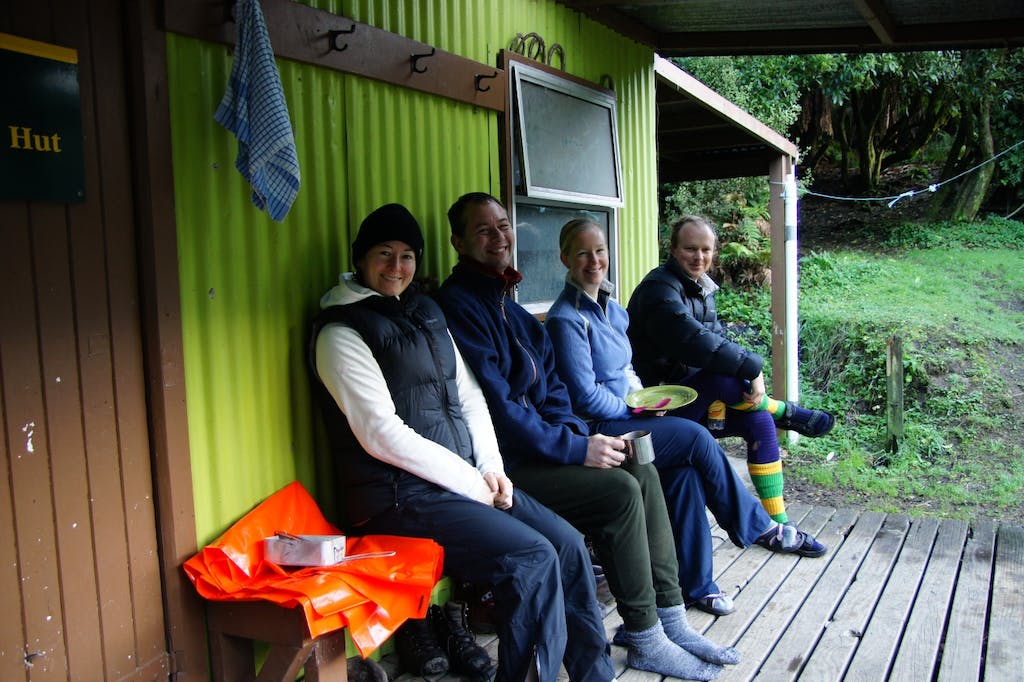 Breakfast on the veranda at Midway Hut. Photo: Hazel Phillips

At the hut, a sleeping bag and small collection of possessions indicated we were not alone. Indeed, it’s a local hunter and possum trapper gone to sit out in the twilight. He comes back empty-handed but doesn’t seem as displeased to see six Aucklanders in the small nine-bunk hut as he otherwise might be. Perhaps the mulled wine we offered him helped.

With my journalist hat on, I soon got him talking about the economics of the possum trapping gig. Turns out he gets $14 a carcass if he sends them off to a bloke in Whakatane who’s invented a machine that magically turns whole possums into pellets of pet food, and $120 per kilo for plucked fur. It takes about 20-25 possums to yield a kilo of fur, making possum trapping not a lucrative career but certainly a viable one for a solitary soul.

After the mug of mulled wine, he shoots from the hip on DOC and 1080. It’s not an uncommon view for hunters to have, but the economics of it do seem senseless: spending public money to kill a possum that would otherwise allow a man to earn a crust.

He tells us where the best clusters of possums are to be found in the country and postulates that DOC is keen on 1080 as it allows “the fat cats” to be kept in the luxury to which he believes they have become accustomed. It’s a little too much conspiracy theory for me, but his basic economics do make a valid point.

Midway Hut is in a picturesque location, up on a high bank away from the river with plenty of flat ground near the water that’s perfect for building a bonfire (which we did). The only detracting factor is a large pit of rubbish near the toilet, a disappointing and disgusting souvenir of some curious individuals who enjoy carrying (or 4WDing) in two-litre bottles of milk and supermarket pies in foil containers.

It’s a cold and painful start to the following day, plunging straight back into the river for the first crossing and yelling at each other to harden up. In less than three hours we’re back at the car park, treating ourselves to the heater in the car, fish and chips in Murupara and a quick dip at Kerosene Creek.