Two Dunedin children who are nearing the halfway point of the Te Araroa Trail are on track to become the youngest ever to walk the length of the country.

Jonathan Rapsey, 6, and his sister Elizabeth, 9, set out from Cape Reinga with their parents Chris and Jorinde in October, and expect to complete the 3000km journey in March.

“At the start, the children were tired and found some parts hard but now they are loving it,” Jorinde Rapsey said. “It amazes me that at the end of a long day Jonathan still jumps around full of energy.”

The family was averaging around 20km a day and had even clocked up more than 30km on a few occasions, she said. Both children began the journey without a pack, but by the time they reached Auckland, Elizabeth was adamant she should have one, so they purchased a pack for her and she has carried it ever since.

At one point, in Northland, the family accepted a short ride along a road section from Puhoi to Wenderholm after a local stopped to pick them up. However, the children complained that the drive would mean they hadn’t walked the whole trail once they got to the end, so the family retraced their steps and did the kilometre again on foot.

The Rapseys said they were inspired to walk the trail after venturing into Fiordland with the children twice in the first half of the year and being amazed at how well they did on the Hollyford-Pyke Loop and a five-day return tramp to Monowai Hut. The family are renting out their house to help fund the trip, and the children have been able to keep up their homeschooling while on the trail. 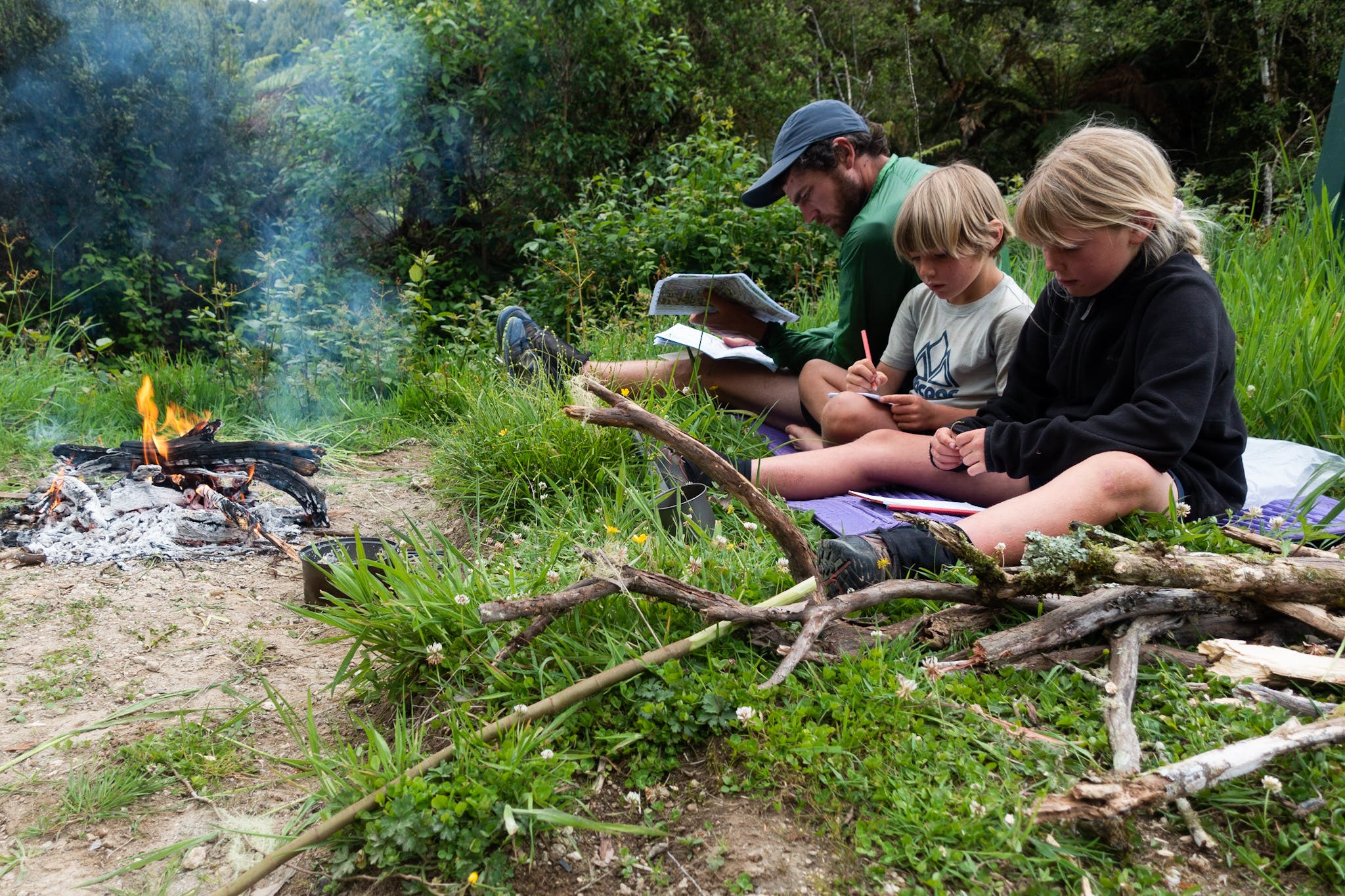 Chris Rapsey beside the campfire with Jonathan and Elizabeth on the Timber Trail in the Pureora Forest.

“We’ve been doing a lot of maths problems for fun to work out how much of the track is left, how far we’ve come, and how much further we’ve got to go each day. It’s amazing the questions we get,” Rapsey said.

She was confident they would complete the trail and was looking forward to spending Christmas Day on the Queen Charlotte Track, “with some extra yummy food”.

Te Araroa Trust chief executive Mark Weatherall said the youngest person he knew of to have completed a single island previously was 11-year-old Cedric Wittwer, from Auckland. He was “thrilled” to hear of the Rapsey family’s journey and commended them for showing other people what was possible.

“If these guys can do it then so many other Kiwis can do it, too. Whether it’s just walking a section of the trail on the weekend or walking the length of the country in one go, age is no barrier,” he said.

Weatherall said the number of people expected to walk the full length of the trail this summer was likely to exceed 1000 for the first time.

The number of Kiwis walking the trail was on the rise, with around a third of all through-walkers coming from New Zealand, compared to around one in five in 2016/2017.

Weatherall advice to those walking the trail this year was to enjoy it, wear high visibility vests when walking on road sections, and to be respectful of others by taking home rubbish and camping in permitted areas. He urged all walkers to take a hard-copy paper map with them, rather than relying solely on their phones or an app, and to be prepared for changing weather conditions.

“Te Araroa is our national trail and it’s there for all New Zealanders. It’s a great way of connecting with our country, seeing the landscape, and reflecting on the outdoor culture and lifestyle we are so lucky to enjoy as Kiwis.”