Sitting around the table in Whakapapaiti Hut on Easter Weekend, my daughters (11 and 14) listened as their dad and I discussed our options for the following day. Our initial plan had been to tramp through to Mangaturuturu Hut, but now we considered a weather system on the way, trampers arriving from that direction commenting on the difficulty of the walk, a full hut, and a river crossing which could be dangerous in the forecast rain. My husband and I are experienced, well equipped, physically fit and goal-oriented to the point of finding it difficult to ‘give up’ on a plan. We are learning to adapt for family tramping!

In the end, the deciding factor was that we want our girls to have the skills and confidence to assess the risk and make safe decisions for themselves in the outdoors in the future when we are not there to look out for them. So we asked what they thought we should do.

They chose to stay at Whakapapaiti Hut for another day and ride out the storm. I’m suspicious that their decision was based more on comfort than safety; but hopeful that in the future if the risks start mounting, they’ll have the confidence, and patience, to spend another day in a safe hut, with a warm fire and good company.

– Tui receives the Kiwi Camping Explorer car camping mattress worth $149 from www.kiwicamping.co.nz. Readers, send your letter to editor@lifestylepublishing.co.nz for a chance to win.

While I don’t want to diss the idea of trapping rats at home for the purpose of predator control, it would be pretty pointless in most urban environments. For example, about half a dozen cats consider my 700m2 property their territory, looking out for native birds, skinks, geckos or insects 24/7. And while writing this, the neighbour’s dog is happily yapping at a fantail.

New Zealand has the highest per-capita number of predatory pets internationally. If we really want to restore NZ’s indigenous nature into the areas where we live, we’ll have to deal with that particular elephant in the room, not just go after species with beady eyes and long tails that no-one likes.
Incidentally, if you were looking for a pet for your kid that’s easy on the environment, while still being social and with personality, you’d do well to go past those little purry bundles and buy a pet rat instead – they’re contained and can be fed vegan to boot.

I read your editorial, about how you have started trapping at home.

I wanted to let you know what I have been doing. I am 10 years old and I have a trap line set up at home and have had a high success rate. So far I have trapped six weasels, two stoats, 12 rats and loads of mice.

My dad and I trap and hunt possums. We have killed more than 100 in the last 12 months. I have recently contacted Forest Bridge Trust and arranged for them to come to my school (Kaipara Flats Primary School) to help me set up a trap line there. In the past week, we have caught a rat and a possum. I want to extend our trapping range and include the local sports club grounds and set up a trap line there, too.

I’d like to see New Zealand stop using poisons to control pests. It would be great if more people got involved with trapping to help make New Zealand predator-free by 2050.

I will keep doing my part to help reduce the numbers of pests.

Enforcing the payment of hut fees

Near the end of last year, I walked the Heaphy Track. Despite some pretty wet weather, I thoroughly enjoyed this beautiful walk, especially the lack of other trampers and the sparsely occupied huts.

What soon became apparent was the number of other trampers who had either not paid a hut fee or had paid a campsite fee but decided it was nicer to stay in a warm hut and use its facilities. This happened at both Perry Saddle and James Mackay huts. At James Mackay, a group of six bikers arrived late at night, used all the facilities, made themselves breakfast, then left without paying a cent. Between these two huts, 10 people stayed without paying.

Other paying tourists also found this frustrating. No DOC ranger visited any of the huts to confirm payment. I noted that at both Perry Saddle and James Mackay huts that the ranger huts had their fires going, so I assume wardens were in residence.

DOC needs to strictly enforce hut fees. It appears word is certainly out there that you needn’t bother pre-paying as there is little chance of being caught out. 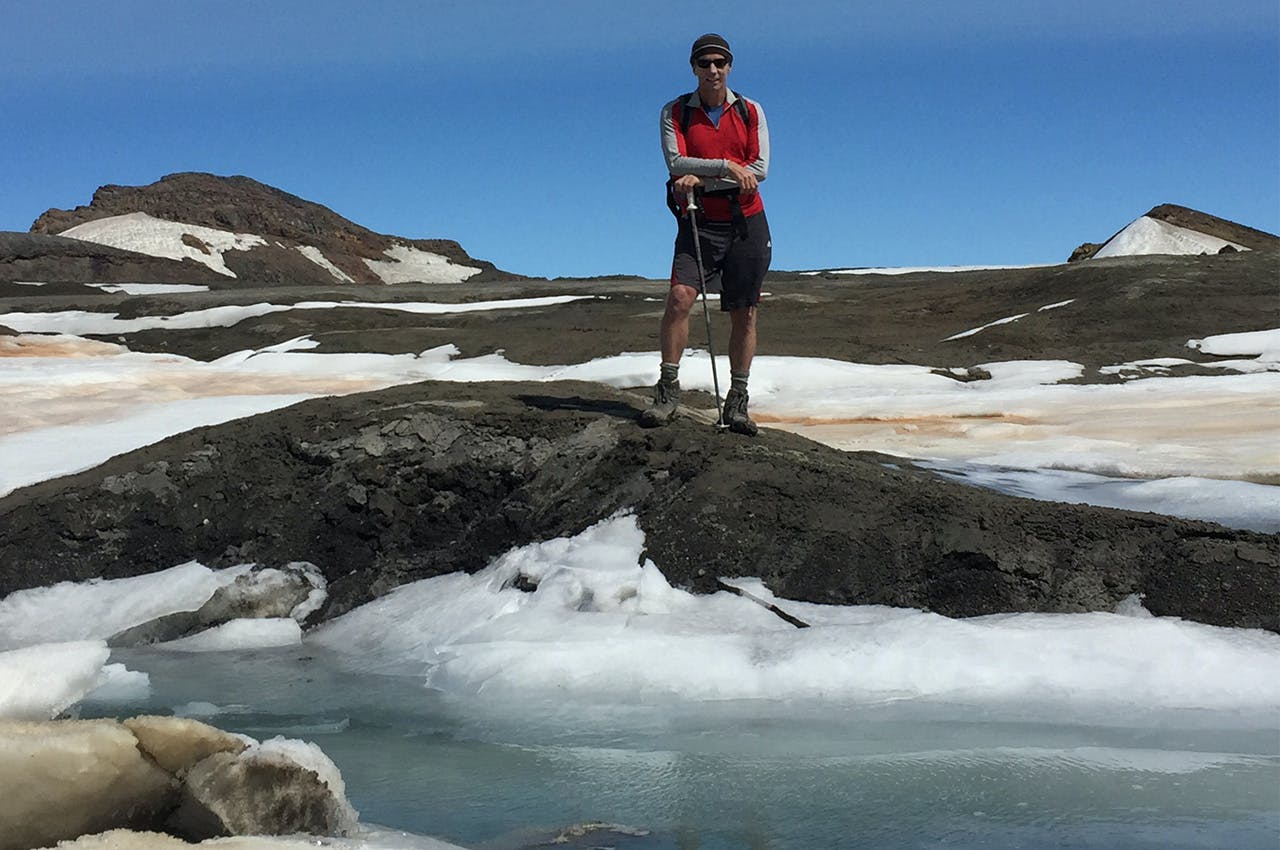 Inspired by the story of the melting glacier on Mt Ruapehu, my friend and I spent the day exploring the ‘tops’.

The glacier lake as pictured was almost, but not quite, gone. It’s truly a wilderness up there.