Kiwis might love the outdoors, but when it comes to fanaticism we aren’t a patch on the Australians

I’d like to dispel the rumours that I have defected to the west; that I’ve gone over the ditch to the land of broad dusty horizons and easy mining money. I have not… well, at least not permanently.

Through a strange set of circumstances I’ve found myself waylaid on the wrong side of the ditch for a couple of months. Being away from Central Otago and the Southern Alps has been tough, but on the bright side it’s been a great chance to explore the Australian bushwalker’s mindset.

You’d think wilderness lovers either side of the Tasman would be pretty much the same folk – after all, we pursue similar ends in similar circumstances – we should be similar people, right. But no, stand a bushwalker next to a tramper and it’s immediately clear that they’re cast from different moulds. Why is that?

My theory is a little Freudian. That is, it all comes down to our relationship with our mother – in this case Mother Nature. Whereas in Aoteoroa she’s a benign if not benevolent force, in Australia you get the impression that, well, she just doesn’t like you.

Now don’t get me wrong, the Kiwi landscape has enough challenges to last a lifetime – some of which can make that lifetime a whole lot shorter if you’re not careful – but on the whole it’s a pretty welcoming place.

West of ‘the ditch’ on the other hand, the landscape is an insurmountable adversary, a seemingly endless labyrinth of rolling eucalypt-forested hills populated by a host of otherworldly creatures that are loaded with enough venom to kill an elephant – despite the fact pachyderm isn’t on the menu for any of them.

Beyond the labyrinth lies the great heart of darkness, a desert void populated only by the Aborigines; the world’s oldest continual culture and one that after two centuries of cohabitation, the colonial population seems no closer to understanding – despite continually professing to know what’s best for them. But I digress.

With such an uninviting wilderness it’s not surprising that the vast majority of the population avoids it altogether. Most of our trans-Tasman brethren seem to spend their leisure time at the ‘footie’, ‘trots’, ‘doggies’ or the pub. Sure they all enjoy a bit of sunshine, maybe a day at the beach or a jog through the park, but the idea of real wilderness, complete with mosquitoes to bite you and crocodiles to eat you, is something best reserved for decorative photographs on the office wall. 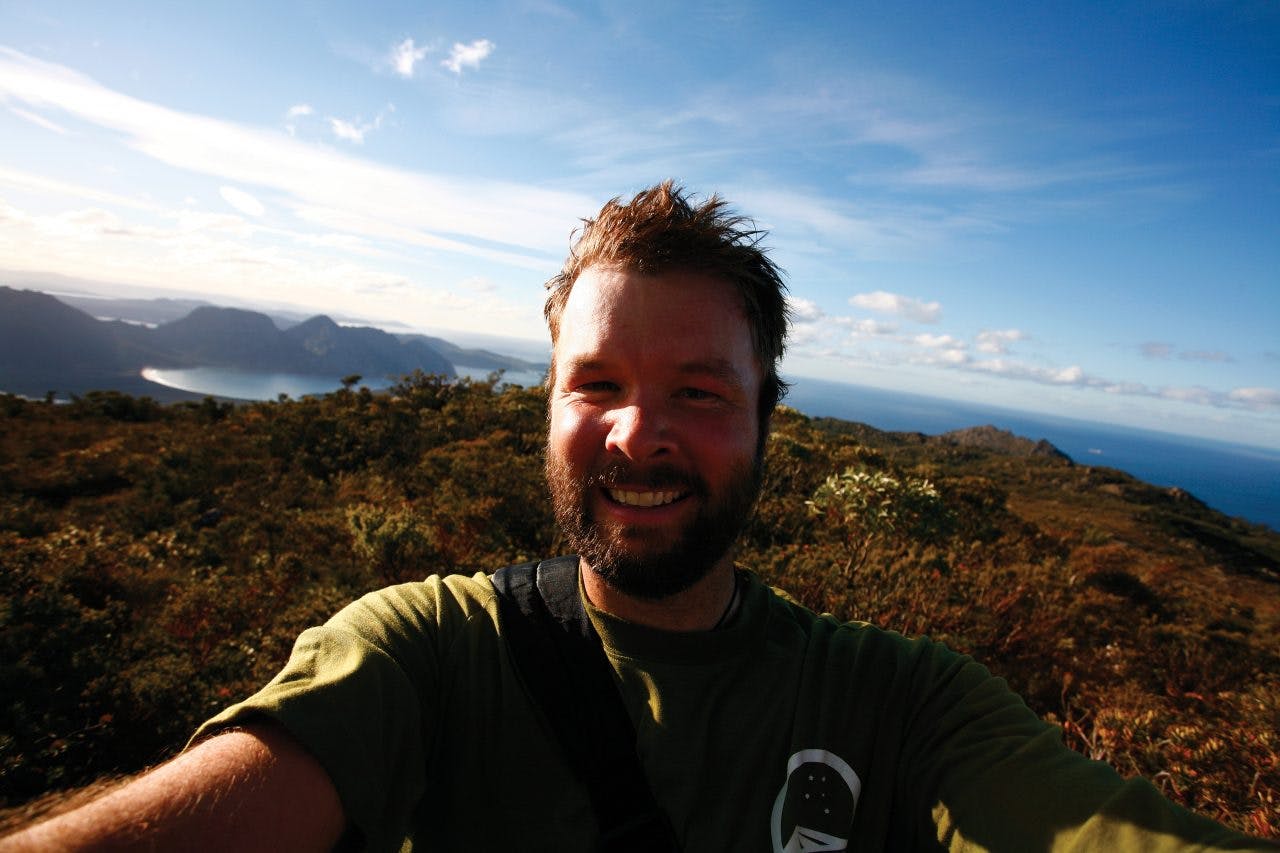 However, in every river there’s an eddy that flows against the current, and at the edge of the Australian populous there’s a small percentage that don’t just like the idea that wilderness areas exist, they actually get out there amongst it.

They drive for hours to escape suburbia, they pay steep fees just to get into their National Parks, they dodge the fires that periodically incinerate their beloved places (but resist the temptation to control this natural cycle) and they fight the corporate interests that would dam, farm and otherwise ‘develop’ their playgrounds.

In this constant battle to do what they love, the Australian outdoorsmen shares something in common with Mormons, Jews, Scientologists and Britney Spears fans. All these subcultures have grown up in difficult environments with a majority of people who at times would really rather they just quietly faded away. But the effect is quite the opposite: rather than thinning their ranks these things have distilled them into a more potent and more motivated force.

Likewise for the Aussie bushwalkers, as wilderness sports becomes less mainstream, the remaining outdoorsmen and women seem to become more fanatical. For these people the outdoors isn’t a way of life, these guys are generally office-bound accountants, lawyers and salespeople, it’s the one-percent of life that makes it worth living.

Back in New Zealand, the participation rate in wilderness pursuits seems much higher. It seems that every other person goes hunting on the weekend or fly fishing on holiday – and that’s a very good thing – but perhaps because it’s more mainstream there just doesn’t seem to be that sort of fanatical zeal about it.

So my question is; how do you capture that fanaticism? How do you teach it to the mainstream without replicating the circumstances that created it (which in this case would require introducing funnel web spiders and salt water crocodiles into our National Parks)?

If we could somehow figure out a way of harnessing the passion and energy of urban outdoor fanaticism, without its painful causes, if we could create a world where even the newsreaders had hiking boots on under the desk, then the big environmental problems facing us today would be a cinch.