While most people were at home in their beds when the 7.8-magnitude quake hit on the northern South Island, Andy Milne was asleep in his bivvy sack on Kowhai Saddle, just west of Kaikoura.

Milne, 47, was on a two-day solo tramp, which he says was a fitness trip in preparation for a three-week adventure with a friend from Australia.

He’d set out on Sunday, November 13 from his home in Kaikoura, walking up Sawyer Ridge to Gable (1585m) and over Gables End (1592m) before dropping to Kowhai Saddle. Just before he lost reception, he called friends to let them know where he was going, and when to expect him back.

From the saddle, he then headed a short distance down the Hapuku River to see if he could find water and a better campsite. But he realised the saddle was best location, so returned. “A very wise decision in retrospect,” Milne said, referring to large landslides coming off the nearby Uwerau (2213m). 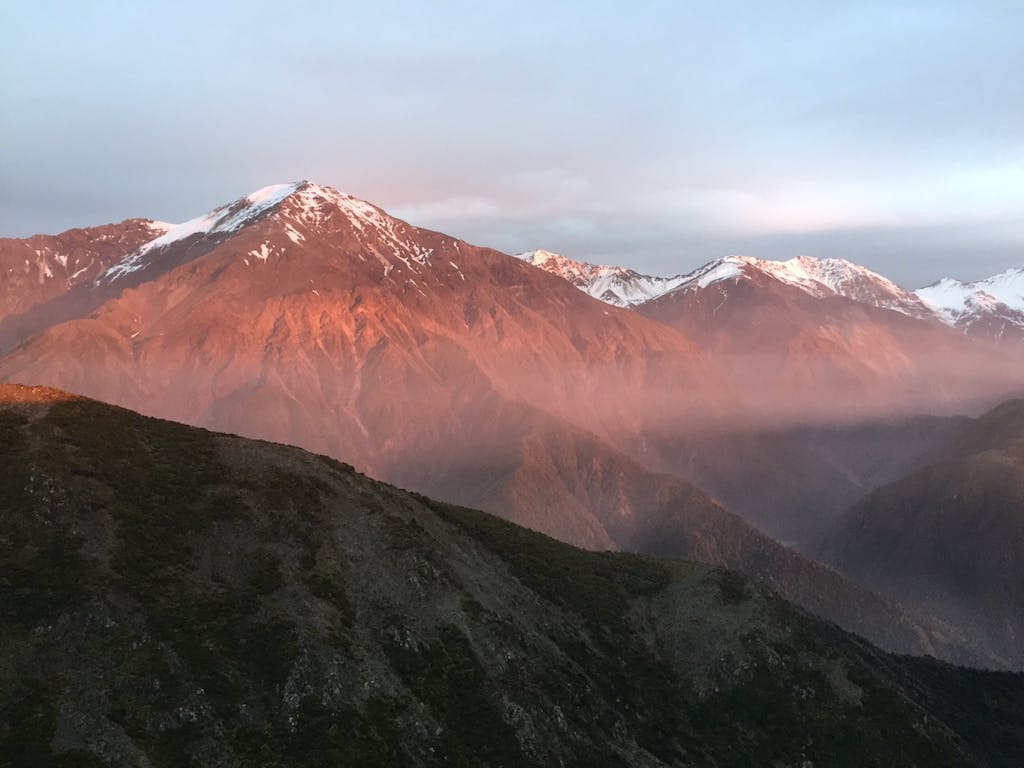 He settled in for sleep on the saddle, but was woken violently when the quake hit. He immediately pulled his arms from his bivvy sack, and grabbed his belongings.

“It lasted a long time, and was bucking backwards and forwards, not up and down,” Milne said, comparing it to his experience in the Christchurch earthquake in 2011. “This time, I was intimate with it, because I was lying on the ground. I wasn’t in a bed in a house or standing up.”

A few things raced through his mind: “Will I be crushed by a landslide? Swallowed up by a hole in the ground? Swept away? Am I at risk from the cliffs and rocks above the saddle?” Milne said, remembering it was a truly terrifying couple of minutes.

When the shaking subsided, he decided it would be best to keep moving and get out as quickly as he could, partly in order to let his friends know he was okay. Guided by the bright full moon, Milne had to reassess his intended return route, which would have taken him into the Hapuku Valley, which seemed like a bad option given the incessant roar of rockfall and landslides. He instead took the high ground and went back up to Gable’s End, then followed the ridge north to Humpback.

Milne rested on the ridgeline above Kaikoura to take in what he said was a beautiful sunrise, strange to witness after such an event. He could see the township below, which he said was “subdued with only the odd car and flashing lights where normally there would be a fully lit town in the predawn”.

He descended to Long Creek at about 6am. He stopped in at a friend’s house, who gave him a ride as far as he could until a slip blocked the road. Milne then walked to Grange Road and eventually hitched a ride back home where he reconnected with a friend who was already planning a private search plane to look for him.

“I was really touched by my friend who was on a mission to organise a private search party,” Milne said, adding that police at that time were “flat out” and wouldn’t have initiated a search until he was overdue.

“It was great that I was able to get out quickly enough that they didn’t have to go to that trouble,” he said.