Our Te Araroa hikers embrace the beauty, ruggedness, and unpredictable weather of the South Island.

Bettina Grotschel is in the heart of the South Island, where continuous weather bombs have presented some challenges.

She says she loved the final stretch of the North Island, “through the wild and beautiful Tararuas – one of the highlights of the trail.” Grotschel then met up with two friends from Germany for the start of the South Island on the “luxury” Queen Charlotte Track.

She rested in Nelson and Golden Bay over the holiday, and jumped back on the trail in early January.

“With its green water and pools it was beautiful – but the sandflies made it difficult to enjoy,” she said.

The Richmond Range and especially Mt Rintoul provided the first challenge of the South Island. Then it was into  Nelson Lakes National Park where the hike over Travers Saddle and Waiau Pass was “spectacular, one of the highlights of the trail so far”.

Just as she planned to do the hardest river crossings in Lake Sumner Forest Park, a weather bomb hit.

“The trail was literally washed away in many places, but luckily I could pair up with another hiker for the river crossings.

“I have learned so much about rivers now but with more rain to come the next sections might continue to be a real challenge.” 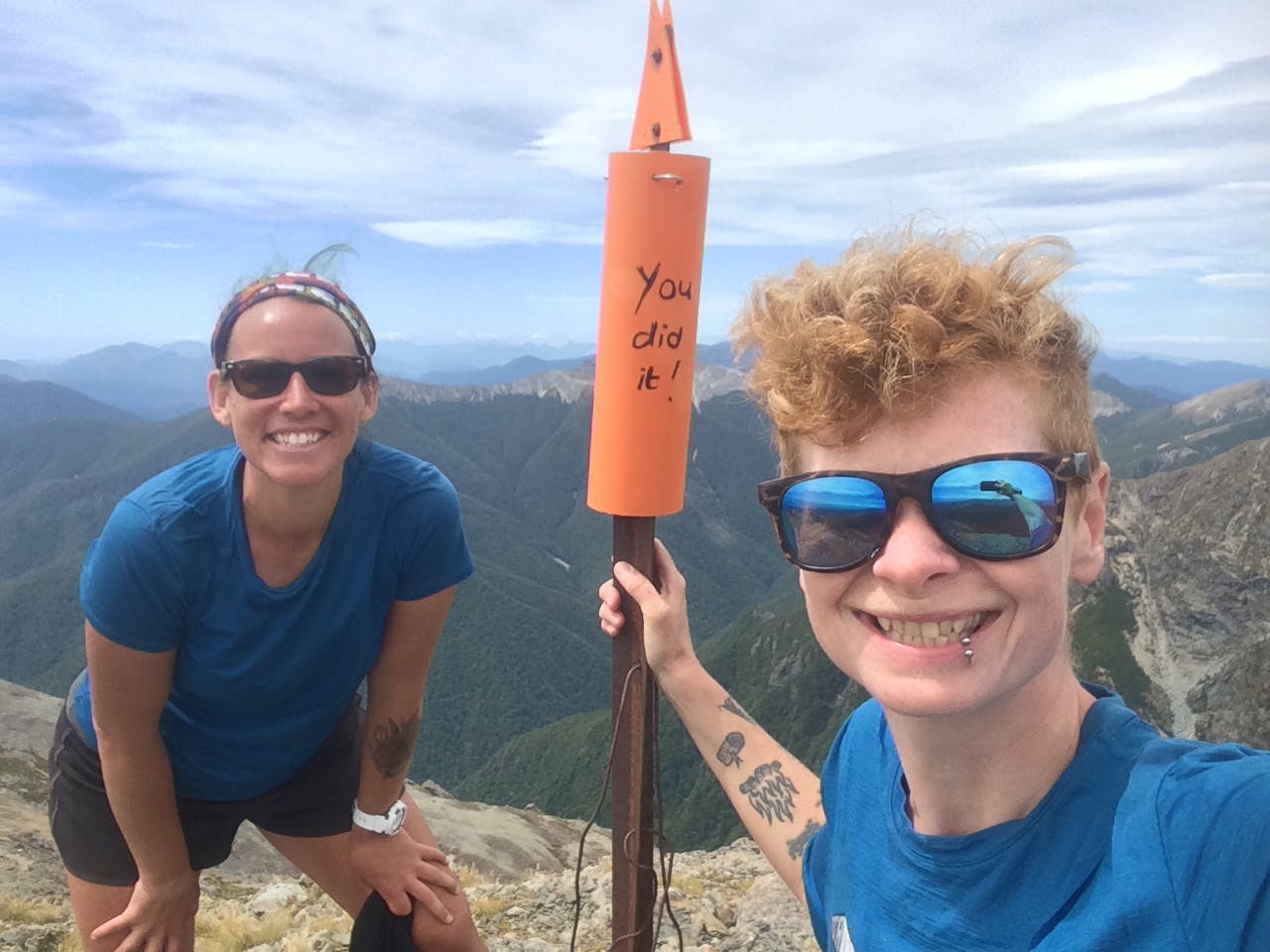 Michelle Campbell and Jack Faulkner have started hiking the South Island and say they much prefer it to the North Island sections.

Campbell said the Richmond Ranges, while warned it would be difficult, has been her favourite section so far. “The climbs and views were incredible and worth the physical effort. Like most of the other TA hikers we left the ranges with our fair share of bruises, cuts and weak ankles,” she said.

They say the trail has been busy, with 11 hikers trying to fit into a six-bunk hut at one point. “Unfortunately the huts in this section were not being cared for very well by the users,” Campbell said.  They found the huts to be dirty, with “lots of rubbish”.

Waiau Valley was a highlight for them both; Faulkner proposed to Campbell, after she’d been carrying around a ring for three months.

Maria Weinmann and David Kleber are on the verge of leaving the North Island, which ended in a torrent of successive storms in the Tararua Ranges.

With one layover day to wait out the horizontal rain, they pushed south, relishing the views whenever the weather broke.

The sunshine brought “richness and colour” to their views; “the ranges are coming alive”, Weinmann said. “Mt Crawford summit was amazing; the view is what we came here for. We become shutter bugs, getting every view we could before more clouds rolled in.”

When they reached Waitewaewae Hut, she said they were so enamoured with it that they spontaneously decided to stay. “Well maintained, a beautiful setting, the Otaki River for a cool dip right before the door step and a wooden stove…. For us a little paradise.” 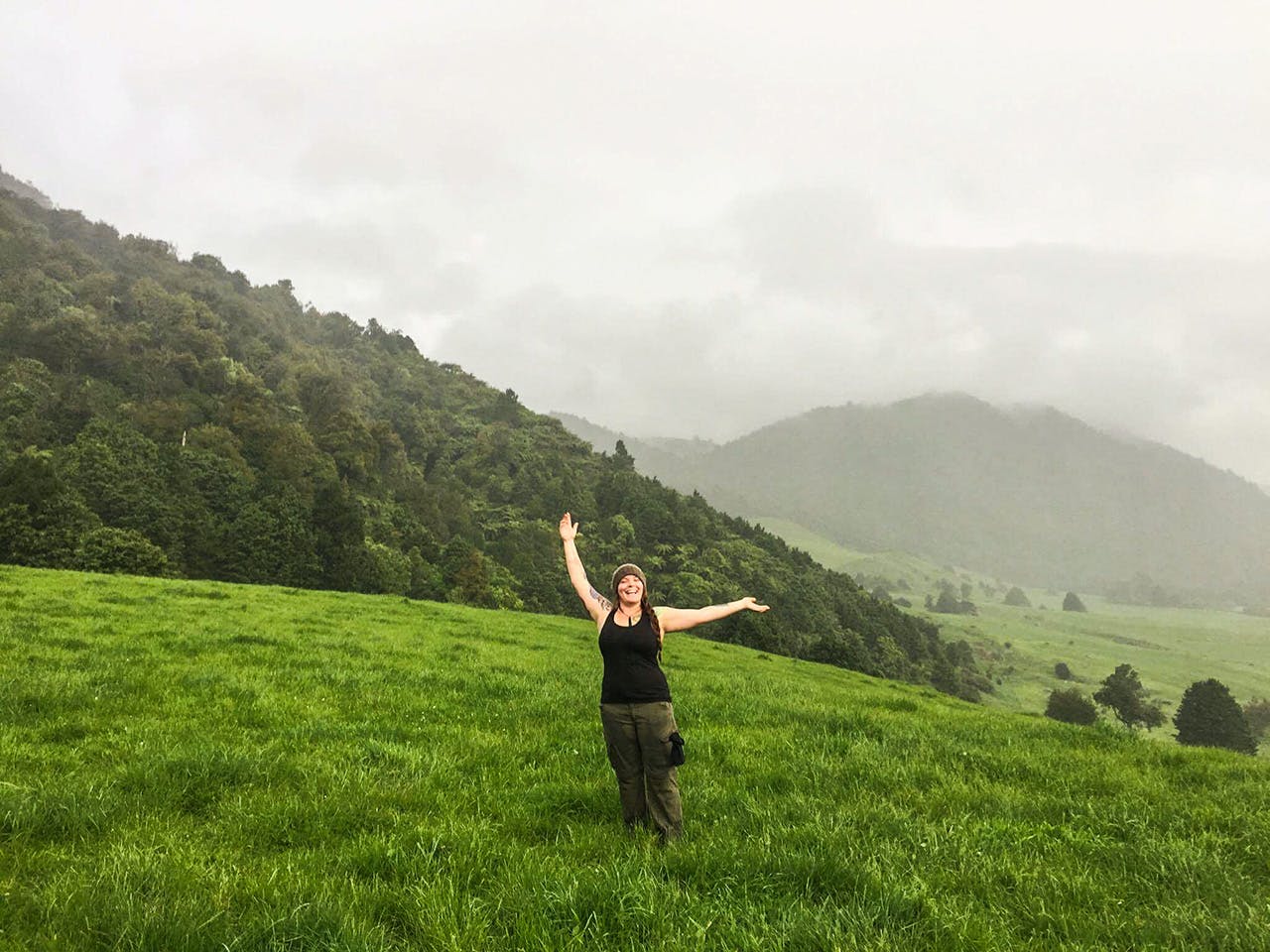 Kayla Schryer’s injury has forced her off the TA

When a doctor in Taupo told Kayla Schryer that her tendonitis and sprained ligament meant she couldn’t hike anymore, she decided to leave the trail.

After resting and working as a housekeeping manager in Tongariro National Park for two months, she travelled to the South Island, where she split her time between tramping and kayaking on the Abel Tasman Coast Track.

Schryer is now in Franz Josef, where she’ll be walking the glaciers and kayaking.

“It’s unfortunate I can’t walk for longer periods of time now. I pushed too hard on the North Island, and because of that, I have to take it slow on the trails,” she said.