A four-wheel-drive club in Wellington is transporting predator traps to remote locations that would otherwise need to be delivered by helicopter, writes Diana Noonan.

They’re the clubs we love to hate, and we lay into them with all the vitriol we can muster: ‘Loud, inconsiderate yobbos driving destructive, gas-guzzling, late-model status-symbols to the top of a mountain they’re too lazy to walk up.’ And all shouted from the moral superiority of a mountain bike or the probity of a pair of tramping boots. I know, I’ve been one doing the ranting. But a chance encounter with the captain of Wellington’s Cross Country Vehicle Club (CCVC) has me regretting my words.

Steve Mercer has been with the 50-year-old club for 17 years and is familiar with the hate speech. It derives, he tells me, from wilderness users’ encounters with the very people clubs like his are trying to educate.

“At one end of the spectrum, we’re stereotyped as people who make a lot of mess off-road and tear through family groups enjoying a day at the beach,” he says. “In reality, here in Wellington, there are only a handful of places where the public is even aware of off-road vehicle users. We’re usually driving in remote spots, access to which has been carefully negotiated and often paid for. The off-road drivers you encounter on your hike are almost always inexperienced non-club members joy riding in their newly-acquired vehicles. They’re the sort of drivers who rip through sand dunes and new plantings, ignore beach-nesting birds, and pug up trails.”

The modern 4WDer is actually conservation-minded. The CCVC has partnered with Capital Kiwi to help Wellington become predator-free.
“Our club funds trapping in other parts of the country,” says Mercer. “It’s a way of contributing to the enhancement of the land we use. But partnering with the Capital Kiwi project offered us the opportunity to give hands-on support at a more local level. Using our vehicles and skills to benefit our own community – and the whole country – had our members scrambling over themselves to volunteer.”

After training on trap siting, checking, and baiting, the club’s support for Capital Kiwi began in earnest. Over a period of two weekends, members transported 200 traps into Te Kopahou Reserve on Wellington’s south coast. 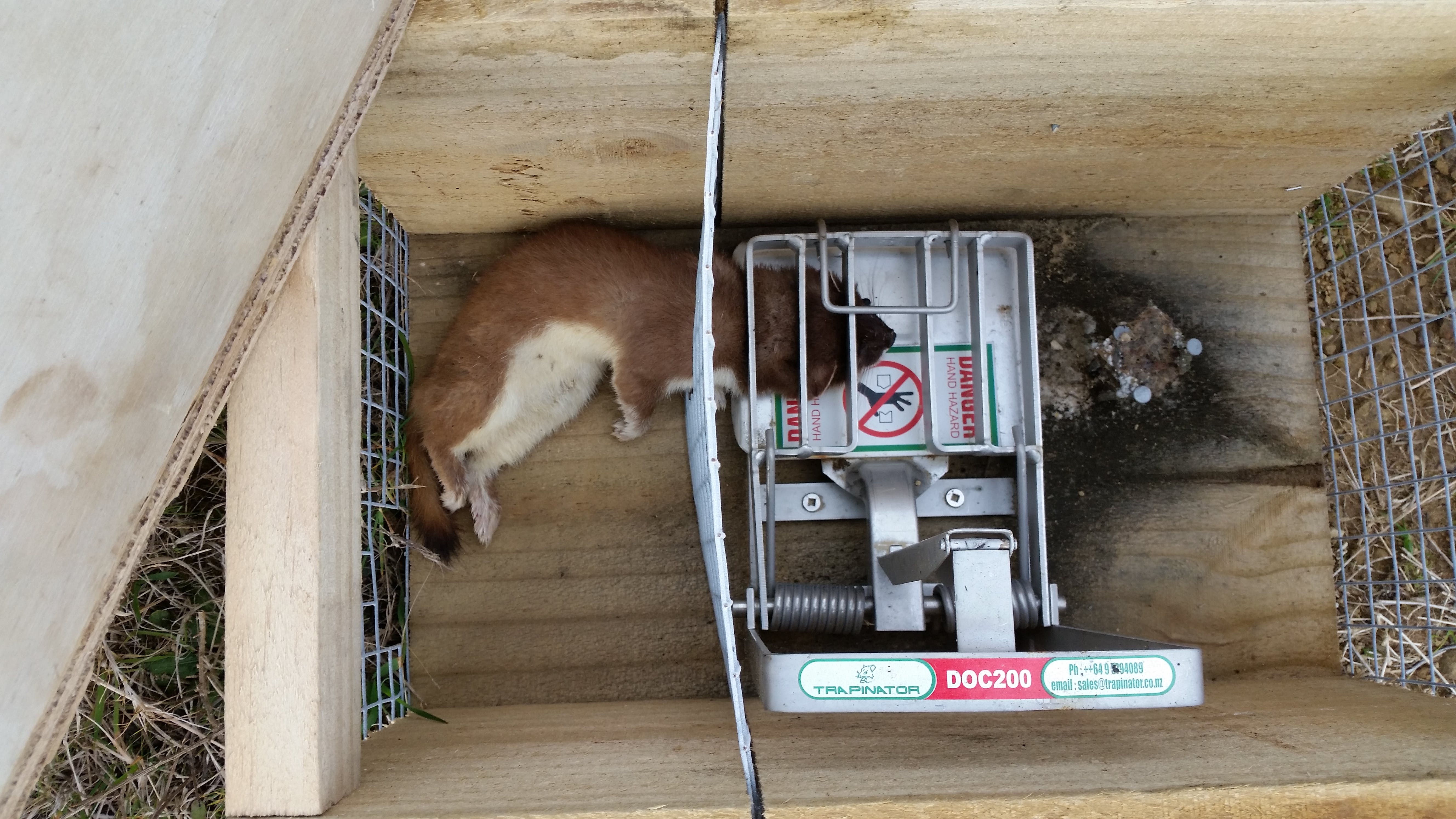 A stoat caught in one of the club’s DOC 200 traps. Photo: Ian Hutchings

“The traps were all located on ridges, close to where we could get our vehicles in for re-baiting and checking,” says Mercer. “It’s possible, in the future, that more traps will be located in places we can’t reach by vehicle, and if that happens, we’ll still be there to convey traps in, and to transport foot volunteers to drop-off points.

“Bit by bit, our club accomplishes what would otherwise have been undertaken by expensive chopper drops.”

The project is long term, and Mercer expects the club to be involved for the next 30 years.

“It takes a bit of planning – but that’s what we’re good at, and the enthusiasm of our members hasn’t waned,” Mercer says. “We aim to clear the traps every two weeks, although that’s weather dependent.”

Checking traps is a major logistical exercise. A party of 10 vehicles set out, but once the convoy reaches Owhiro Bay and crosses the area of coastline that is accessible only by off-road vehicles at low tide, two are deployed on each 1-1.5km-long track. It takes two hours of painstaking stopping and starting before all the traps have been checked and reset. They occasionally encounter other wilderness users while on their trapping runs, which Mercer welcomes.

“It certainly challenges the concept of ‘You lot don’t do any good; you shouldn’t be here,” he says. “But, actually, anyone we meet on the tops while we’re trapping is genuinely interested in what we’re doing.”

Predator trapping is just one of many community projects the club is involved with. For the last 20 years, it has conducted annual clean-ups of hard-to-reach places. Members also transport labour and materials into remote re-vegetation sites and then get to work on the plantings. The club has done just this on the South Coast in order to stabilise sand dunes. It can be disheartening, Mercer says, to hear reports of irresponsible four-wheel drivers and motorbike riders tearing up their work – and worse still, to be lumped in with those who have done the damage.

Perhaps it’s time we all took a step back and exhibited a little tolerance to the clubs which, in the past, we’ve loved to hate.