Much smaller than Mt Taranaki, the Pouakai Range still provides a dramatic backdrop to the city of New Plymouth and the range is just high enough to be crowned with tussock. From these tussock tops there are great views of Mt Taranaki and the great sweep of the Taranaki coastline.

However, like almost all tracks in the area, the route is wet and in many parts there are mud pools and running water to complement the steady uphill climb. On a more positive note, the kinder grade of the track and wooden boardwalks that DOC has installed in the upper section make for fast travel.

After climbing steadily though typical dense Taranaki trees and undergrowth, the track climbs to a small plateau named Graylings Clearing and skirts an old rocky outcrop or volcanic plug which is not named, although its height is shown as 1232m. From the clearing it is possible to get the first good view of the tussock-covered Pouakai tops and the great sweep of the Taranaki.

Shortly after skirting the rocky outcrop, the track continues to climb steadily to Pouakai Hut and beyond to the crest of the range. 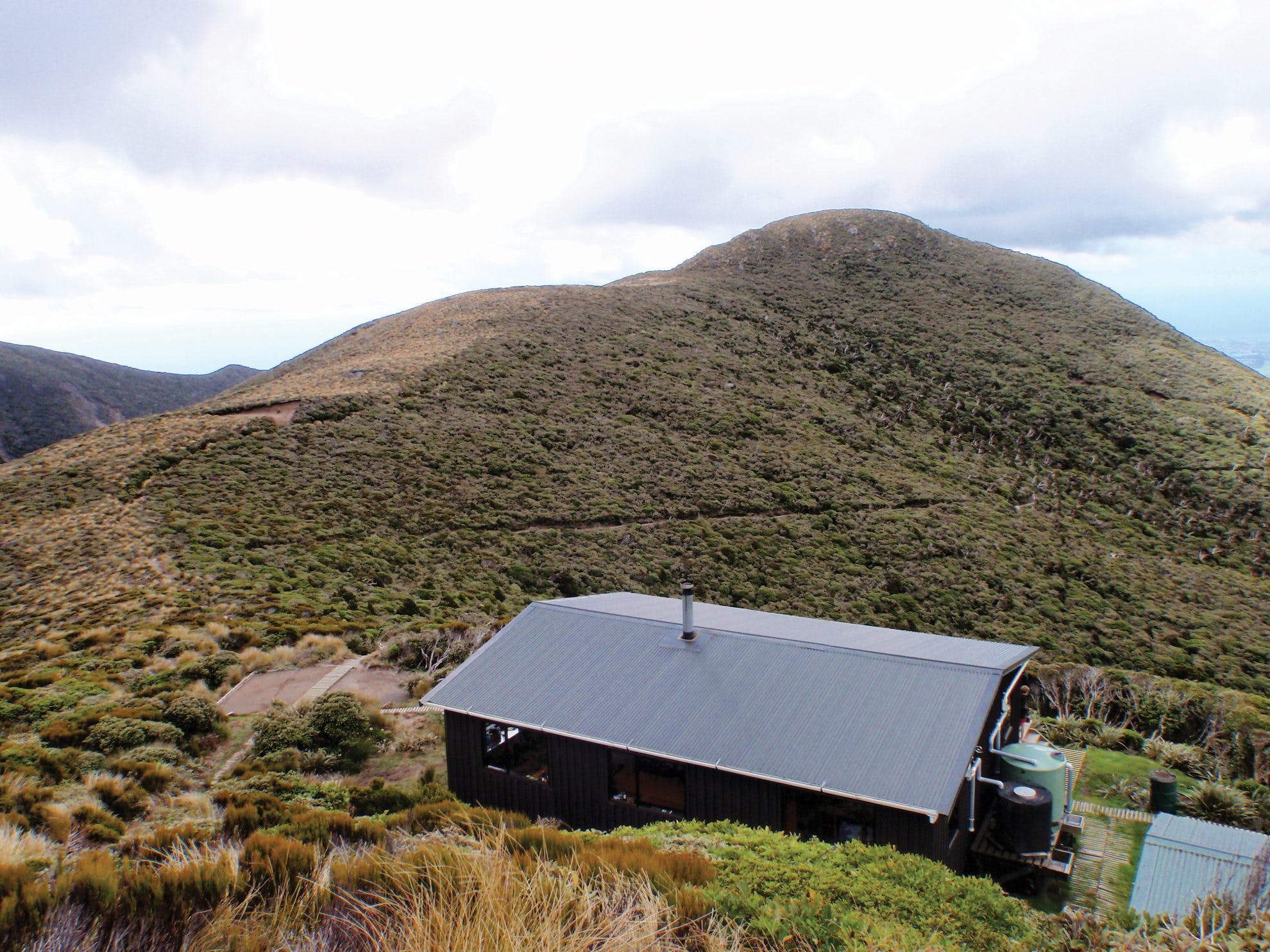 Pouakai Hut is located just below the crest of the range where it is protected from the prevailing winds. The hut has 16 bunks and a long verandah that overlooks the city and the coastline.

A short walk from the hut leads to the crown of the range and views of Mt Taranaki across the Ahukawakawa Swamp.  On my visit the mountain was wearing its usual cloak of cloud and I could not see the summit or much beyond the lower flanks. I could see enough to realise that Mt Taranaki, at 2518m, truly towers over the Pouakai Range.

From the hut it is possible to walk across to Mt Taranaki following either the northerly or southerly leg of the Pouakai Circuit. The more northern leg leads across the Ahukawakawa Swamp to Holly Hut while the southern leg follows down the spine of the Pouakai Range to the old Kaiuai Hut and from there on to the North Egmont Visitor Centre.

It takes about one hour to walk from the hut along the top of the range to the highest point at 1400m.

For those who have arranged a car shuttle it is possible to make a round trip of this walk by continuing along the spine of the range over Mt Pouakai and then following the Dover Track down to Dover Road on the western side of the mountain.