It’s dark, wet, cold, claustrophobic – unsurprisingly, Neil Silverwood says he became frustrated trying to convince friends he’s not crazy spending a week underground, exploring New Zealand’s vast cave systems. It was bringing the allure of these subterranean worlds to the surface that first motivated him to pick up a camera in 2014.

“You get back to normal life and tell your friends about it and they would say ‘it sounds awful’,” Silverwood says. “They don’t understand caves can be amazing spaces, so I took a camera down.”

But the same factors that make caving a challenge also mean taking a photo is incredibly difficult.

“It’s the toughest environment you can imagine. You’re covered in dirt, the lighting’s complex, and it’s wet and cold all the time. You can’t shoot on auto.”

He says the first results were terrible, but after studying other photographers and practising with the lights off in his bedroom, he learned the skills which would bring new and extraordinary scenes to the New Zealand public – his second photoshoot ended up on the cover of New Zealand Geographic.

Strangely, after honing his skills to capture geological underworlds, Silverwood found photographing in daylight a challenge.

“You’ve got complete control over the light underground. Above ground, you’re relying on good natural lighting – you’ve got no control.”

But he got the hang of it. He is now sought after as a photographer of wild places, publishing photos in numerous magazines, both locally and internationally.

Silverwood has now produced a book on caving with fellow speleologist Marcus Thomas, and it is filled with large prints of spectacular subterranean scenes. Caves: Exploring New Zealand’s Subterranean Wilderness is the first book on caving in this country. With shots of massive caverns with extraordinary rock formations, it makes a convincing argument that caving isn’t for nutters.

But looking back, he says the biggest highlight of his career was above ground, and 13,000km away, covering a ski-touring race in Afghanistan.

“I was photographing a group who were training Afghani ski guides. It was probably the best experience of my life.

“The scenery is incredible. Every day you feel like you’re stepping into the pages of National Geographic.”

But the trip hit a hitch early on, when the Russian aeroplane, which was meant to take him from Kabul to the relative safety of Bamyan, broke down. He had to drive through areas where Government control was waning and the Taliban were active.

“It’s one of the most dangerous roads in northern Afghanistan and there were regular attacks on vehicles,” Silverwood says.

Huddled in the back of a jeep to keep out of sight, the bumpy five-hour trip went without incident.

“It was nerve-racking. Reaching Bamyan was a huge relief. It’s an island in a sea of chaos and people were very friendly and welcoming.”

Silverwood attributes his affinity for rugged, isolated places to his youth on the West Coast. Raised in Waimangaroa, just north of Westport, his dad introduced him to caving.

“I remember exploring a new cave with my dad when I was 14. Knowing we were putting the first footprints through, that our headlamps were the first light the caves had seen, I got really hooked on that feeling, the intense high of exploration.”

Silverwood is about to head to a new frontier – his next assignment is photographing a research project on the Ross Ice Shelf in Antarctica for New Zealand Geographic.

And you get the feeling his adventures won’t stop there.

“I’d love to go to Iraq and photograph the New Zealand Defence Force. We also haven’t found a route through the Bulmer Cavern [New Zealand’s longest cave] – that’s the dream of every New Zealand caver. But there are so many corners left to explore.”

(Buy Neil’s book Caves in our bookstore here. Subscribers get a 10% discount)

View a gallery of Silverwoood’s images from his book… 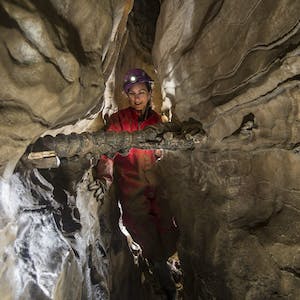 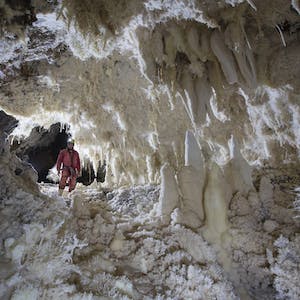 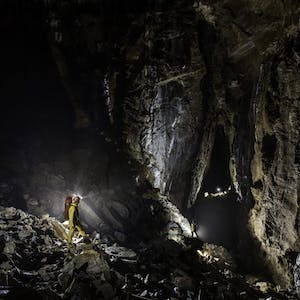 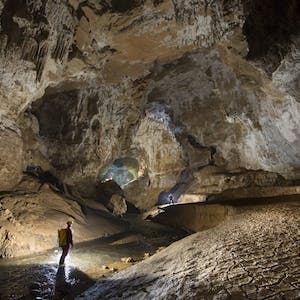 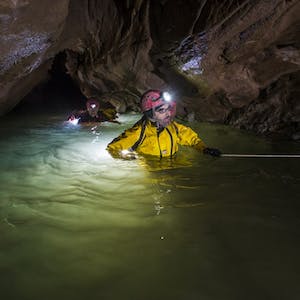 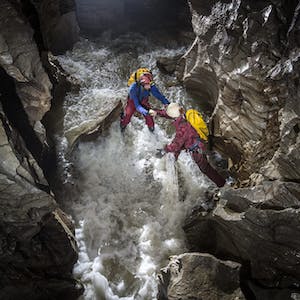 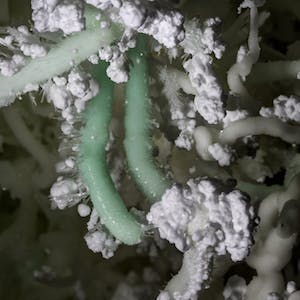 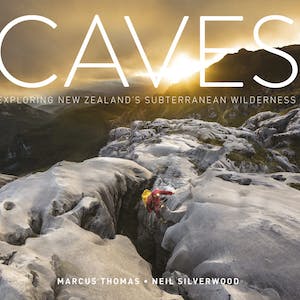