Dr Lee Davidson is a mountain enthusiast and co-author of the book Scenic Playground: The Story behind New Zealand’s Mountain Tourism, which describes the initial infrastructure, innovation, dreams and ideas that created the foundations of tourism in New Zealand. She discusses the current tourism boom, how Māori have been affected and why her book is a winner.

Your book has won the grand prize at the NZ Mountain Film and Book Festival. What sets it apart?
I think much of the appeal of the book is in how visual it is. It’s got stunning images that show the evolution of the way we’ve seen mountains in New Zealand from the late 18th century to the 1960s. It’s a visual record of the way we’ve seen the mountains through the promotional imagery that has been used and that really brings the story to life.

In writing the book, what surprised you about early tourism to New Zealand?
Two things that surprised me were how some of those really early paintings [by the first European visitors] were used to promote the country. And how much early European explorers and visitors relied on Māori who played the role of guides and provided accommodation and transport. That’s left out of many of the stories.

Early explorers like Charles Heaphy made remarkable paintings of mountain scenery. Did these paintings drive tourism to NZ?
We didn’t have that many tourists in the 19th century so I can’t say it really drove tourism. But, I think what’s really interesting is that we were promoting the country through our mountains even before what we see as being more conventional tourism promotion like brochures and postcards and travel guides. So while it’s a bit of a stretch to say they drove a lot of tourists, it was really the beginning of envisioning New Zealand as a mountainous country and using that to promote the country.

Mountaineer Freda du Faur lamented how crowded mountain places were becoming due to tourism as far back as 1913. What would she make of the number of people coming to New Zealand now?
I think she would think that her prediction had been correct. I guess it was hard for many people to take that prediction seriously because it always seemed like we had so much space, so many mountains and empty landscapes that it would take a lot of tourists to fill them up. But of course, promoting particular places as being iconic draws more tourists to those places and they become very crowded. It seems to be reaching some
sort of critical point at the moment.

What makes you say we’ve reached a critical point?
What I hear from many people now is real negativity about tourism that I don’t think was there before to quite that extent. There’s a real questioning now of the benefits of tourism – are the benefits worth the price we pay in terms of the impact that it’s having, particularly around the access and enjoyment of New Zealanders in their natural environment.

How has it reached this point?
It’s something I explored 20 years ago when I did a masters degree looking at how to manage tourism sustainably in national parks. At that time, in the mid-1990s, the tourism strategy was about trying to get to three million tourists. It concerned me that was the policy when at the same time there was no consideration about what kind of impact that would have on national parks. When I raised those concerns, I felt like people thought I was a bit crazy. It took a bit longer to get to three million tourists but we have got there and now that impact is apparent.

Is that why much of the public, especially the outdoors-going public, are raising concerns about the tourism boom?
Definitely, because who benefits and who pays? There’s a point of view from some in the tourism industry that things like increased flights have no impact, but that ignores the social impact of the loss of things like natural quiet and being able to go places where access is only by foot. Those kinds of things are traditions that are part of our backcountry heritage that we’ve developed since the 19th century and if we don’t protect them through management tools, then they are lost.

Early Europeans described Māori reluctance to climb to a mountain’s summit as ‘gross superstition’. Was there a lasting impact on Māori due to this perception?
I think it has had a lasting impact. There was a portrayal of Māori attitudes towards mountains and their oral histories as being quaint myths and legends rather than being legitimate forms of knowledge. Some of the things people were writing were condescending or derogatory about Māori and their relationship with mountains. That’s not to say that explorers, writers and surveyors were doing that maliciously, but the effect of what they were doing was gradually, over time, to alienate and lessen Māori connection to mountains and that just went along with the appropriation of the mountains through purchase and confiscation. 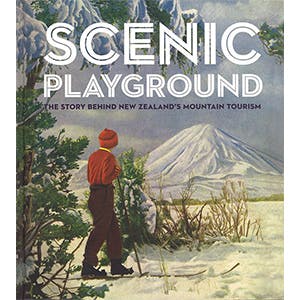