What better way to get outside more often than to plan an entire year of bird watching. By Helen Arthurs

We woke on the morning of January 1 to pouring rain. The only bird we’d see that day would be a half-drowned blackbird sheltering beneath our car on the driveway. “Look kids, a blackbird!”

It wasn’t an auspicious start to our ‘Big Year’ of bird spotting.

We’d been looking for a way to get outside more as a family, to introduce our three young boys Ollie (9), Zef (6) and Jay (3) to the New Zealand outdoors that we grew up exploring, but that they hadn’t really been exposed to yet. We wanted something that would give our family outings more purpose without costing the earth.

Around the same time, we happened to watch the film The Big Year which charts the adventures of three birders as they travel all over America to spot as many birds as possible.

An idea started to form. We would make 2016 our family’s ‘Big Year’ – our Great New Zealand Bird Tour – with the goal of sighting 100 New Zealand bird species. Our rules were simple: to qualify as having spotted a bird, three of us had to have seen it, and only wild birds could be counted.

Our bird field guide, binos and camera travelled everywhere we went. We printed the official New Zealand birds list which includes around 370 species, many of which have only ever been seen once or twice, and started ticking.

A January trip to one of our favourite local spots, Ngunguru Sandspit in Northland, produced a great sighting of a group of bar-tailed godwits that, we later realised, also included a spectacular, lone and unnoticed whimbrel, which looks similar to a godwit. We had a lot to learn.

Seabirds flummoxed us as we peered out into the waves on a trip to the Poor Knights Islands; they all looked the same and changed colour according to age and season. This necessitated more book thumbing and our knowledge increased, which was one of the great and enjoyable things the year provided.

Our list grew. Picking up names and becoming accomplished spotters and identifiers, the kids began to correct us – “Mum, it’s called an Australasian swamp harrier, not a hawk.”

I initially thought our goal to see 100 different species was too ambitious. When my husband Scott realised we would easily achieve this, his obsessive nature kicked in: “I think we could find 150!” 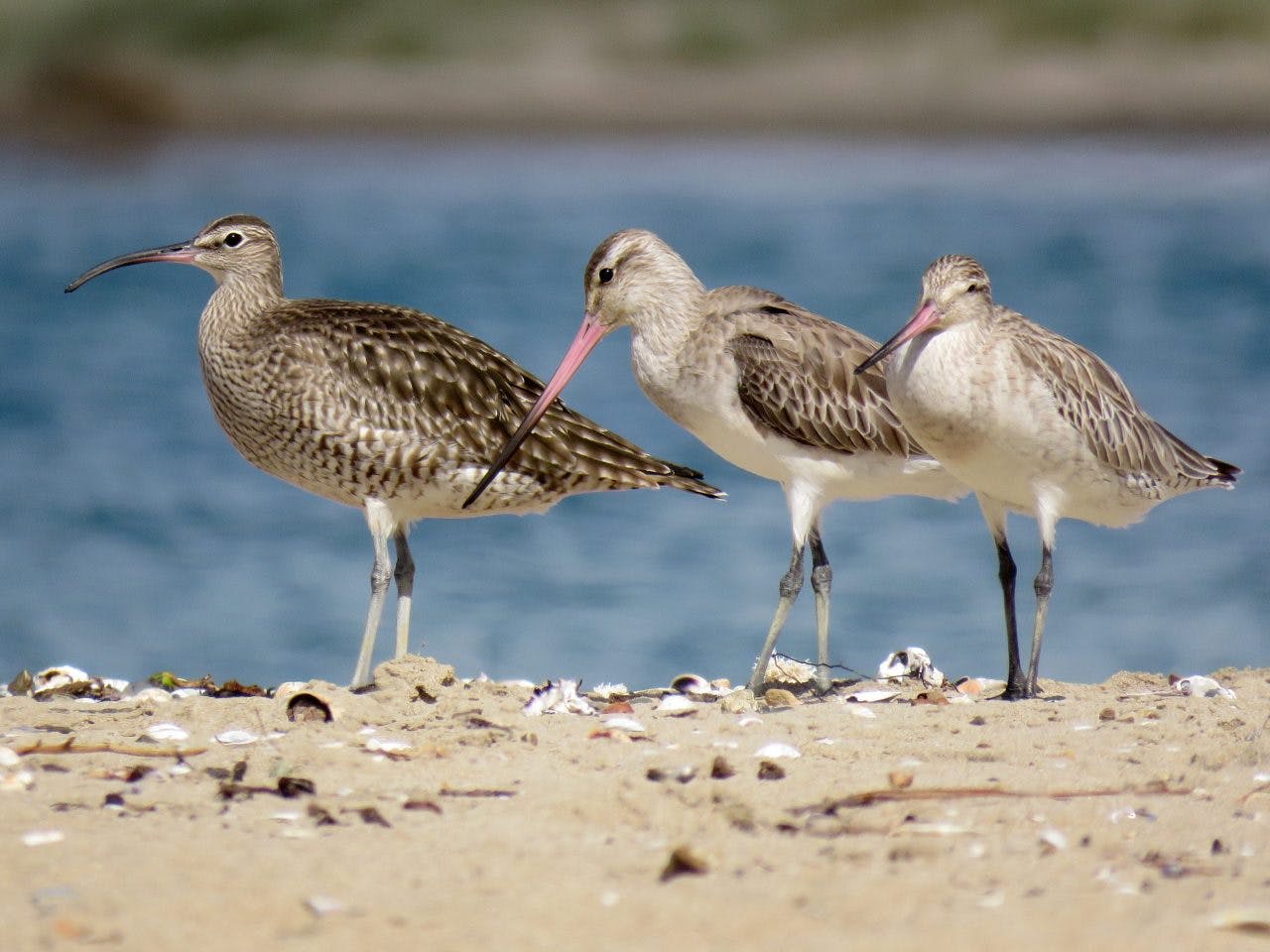 A whimbrel, at left, hides in plain sight among a colony of bar tailed godwits. Photo: Scott Brooks

Motivated by success, we ventured further afield. Itineraries took shape based on when and where birds would likely be.

After discovering Miranda Shorebird Centre’s ‘bird hide’, we became frequent visitors (grey teal, australasian shoveler, red knot, eastern curlew, wrybill). Flocks of migratory shorebirds, thousands-strong, visit Miranda every year, roosting on the shell banks and feeding on the fertile tidal flats. Following the tides, we trudged down the tracks armed with scope and ham sandwiches. Ollie would bring his sketchbook to draw something that inspired him.

During numerous car journeys, the kids astounded us, recalling bird names, plumage, and the places we’d visited with minimal prompting. Show-and-tell at school became bird orientated. Little did we know our kids would end up with the unofficial world record for the most New Zealand bird species seen by anyone that young.

Midwinter saw us in Turangi (New Zealand falcon/karearea), at secluded Lake Rotopounamu (yellow-crowned parakeet), the old Tokaanu wharf (bittern). The whio/blue duck was a bird we coveted and there they were, two, perched on a stone in the picturesque Tongariro River among the trout fisherman.

Cape Reinga and the far north beckoned (brown quail, cattle egret, little egret, spoonbill). Royal spoonbills weren’t new to us, but we were astounded to find 550 roosting on trees and in paddocks at Unahi Wharf, Awanui. That same night in Kaitaia, two very scarce barn owls screeched over our heads while we sat in the dark, leaning on the trunk of a gnarled puriri tree. It was a real highlight – and a bit freaky for the kids. We had no idea New Zealand had so many unusual and interesting birds – apart from devoted birders, I suspect few other people do.

Scouring through field guides, we discovered more unusual birds we had to see. On a trip to Anderson Park in Napier, we found the only two plumed whistling ducks currently in New Zealand, and on a trip to Mt John in Tekapo, we spied the elusive chukor, which was introduced from Asia in the 1920s.

White heron was high on the list, as was kokako, albatross and mollymawk species, and of course a kiwi.

Tawharanui Regional Park is another magical place. We booked the park’s bach and spent days exploring the predator-free enclosure, which has become a refuge for native birds. We explored the park’s wetlands, beaches, pasture and forest. Kaka screeched across the valleys and one night Ollie spotted a North Island brown kiwi rummaging just off the track. He was very proud of himself. Whenever one of the children were first to spot a bird, their interest surged and the others became more determined to add the next species to our total.

We pitched our tent at Ambury Farm Park and scanned the foreshore of the Manukau Harbour and nearby water treatment plant, watching the wading birds we were slowly getting better at identifying (ruddy turnstone, sandpipers). 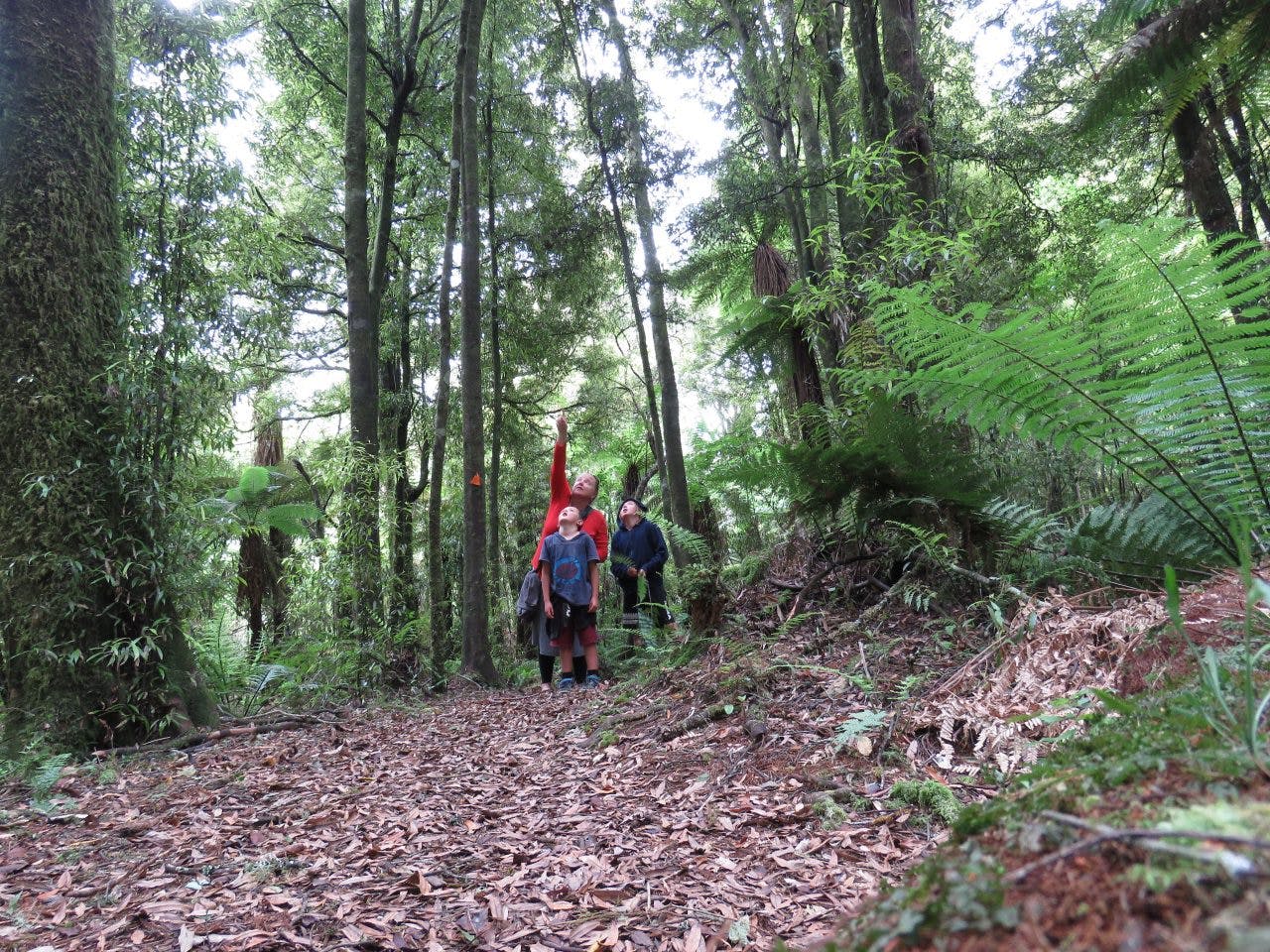 Our Big Year provided the perfect opportunity for a South Island campervan holiday. Marking the likely places certain birds (glossy ibis, black-fronted tern, brown creeper, South Island robin, dunnock, redpoll, yellow-eyed penguin) might be spotted, we joined the dots in as logical a sequence as we could.

At Glentanner, Aoraki/Mt Cook, we marvelled at the snow-covered mountains and at the rare black stilts feeding in the braided river shallows. A pair of riflemen built a nest under the campervan next to ours, flying in and out with twigs. When those people left, the birds moved in under our camper!

We visited the northern royal albatross at Taiaroa Head, the world’s only mainland breeding colony. Then we walked out on Aramoana Mole, a long breakwater extending to near the harbour entrance, in the hope of seeing the albatross take flight from the hillside opposite. Spotted shags and Otago shags fed in the water alongside us and seals played as we walked in the mist and the wind.

The misty and moss-laden forests of Haast Pass rendered us speechless – it was insanely beautiful. We piled out of our campervan at the Gates of Haast to marvel at the blue water thundering over immense boulders. We found ourselves imagining the people carving this road out of the rock not so long ago, and miners who left their names on the intriguing bridges we passed. Days later, driving back over the mist shrouded pass, Zef leaned out the window and with great excitement “caught a cloud” in a plastic container.

Zef had his birthday dinner in Franz Josef and we nearly ran off without paying the restaurant after being so excited to hear our first squawking kea in the trees outside.

Near Okarito in Westland, we visited New Zealand’s only colony of white heron/kotuku. We had to go there. An early morning on Okarito’s boardwalk, curving through the orange reeds, gave us a special encounter with the shy fernbird. The kids swam here, but the sandflies soon found them so we had to bolt.

In Bluff, we watched excitedly as fishing boats returned with their catch, followed by opportunistic seabirds (northern giant and cape petrels).

We were back in Northland when the Kaikoura earthquake struck, putting in jeopardy our big finale trip to that seabird paradise. We went anyway, not knowing if we could navigate the roads to the town. But we made it and witnessed the heart-breaking damage. Kaikoura proved to be a highlight of our year, magnificent albatrosses, mollymawks and petrels gliding effortlessly, and landing near the boat, as we bobbed off the coast with scarred mountains and destroyed roads in the background. Hector and dusky dolphins played in the waves. 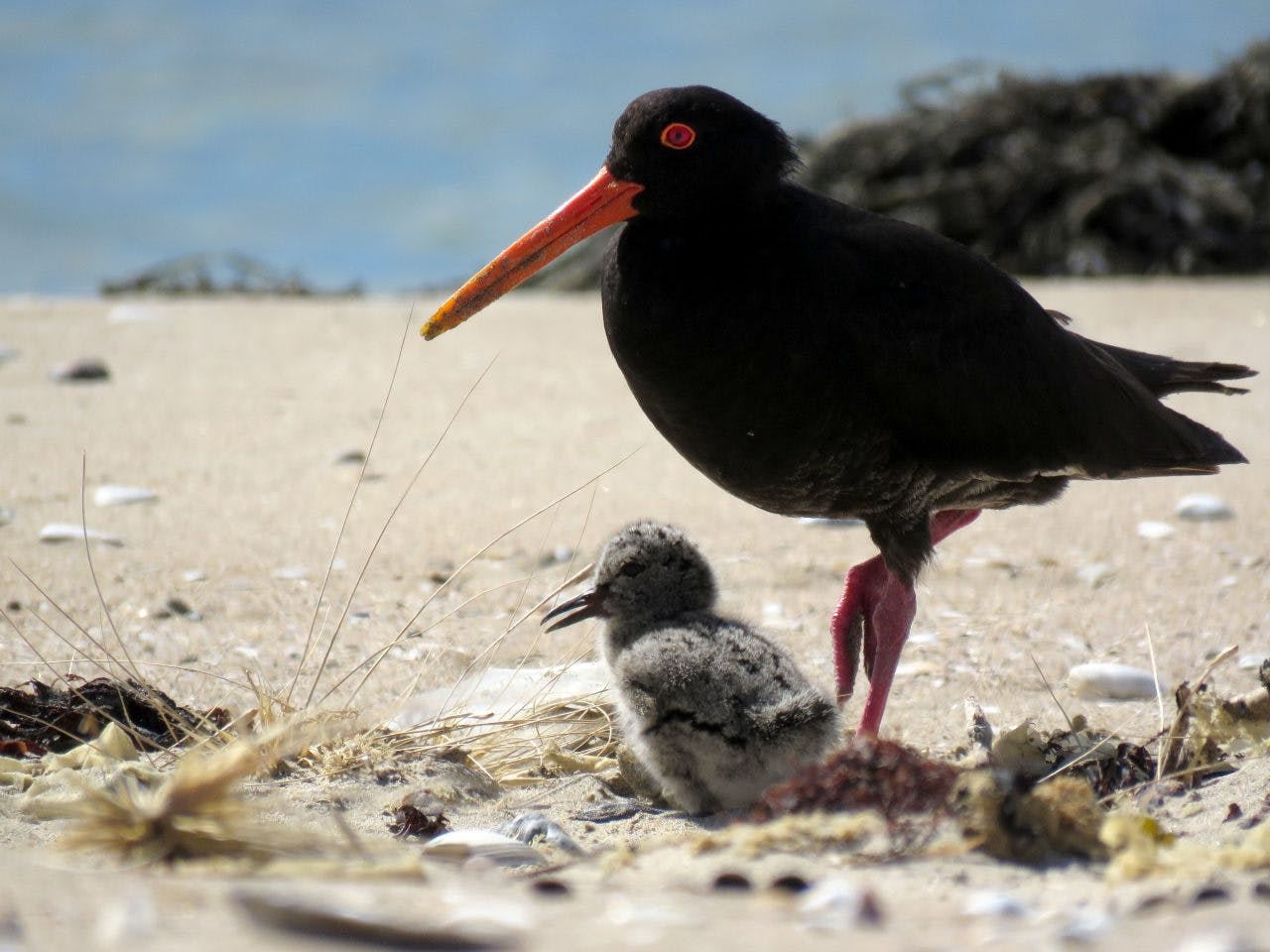 Bird spotting truly is a wonderful pastime that makes you take in your surroundings. Everywhere we travel we now see, notice, observe and count birds. Even riding home from work, I sometimes do a bird count.

During our year of bird spotting, we were away every spare weekend and holiday. We saw 153 New Zealand birds and made it onto the esteemed NZ Birders’ Totals list.

Though our official Big Year has ended, I doubt our family bird obsession ever will. We laugh when we think back to that blackbird under the car being the only bird we saw on the first day of our challenge. Now we look at our world in a totally different way everyday.

10 Highlights of our ‘Big Year’

More photos from the Big Year… 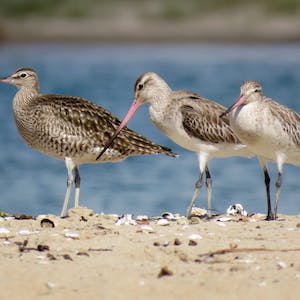 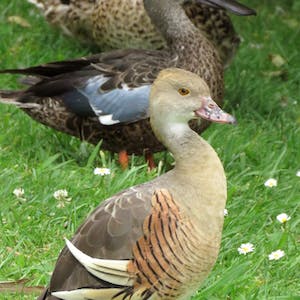 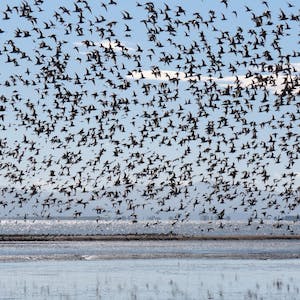 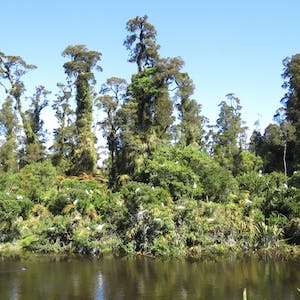 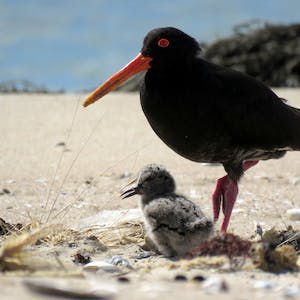 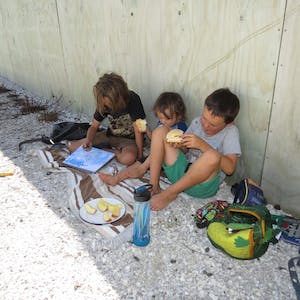 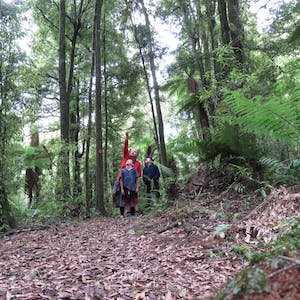 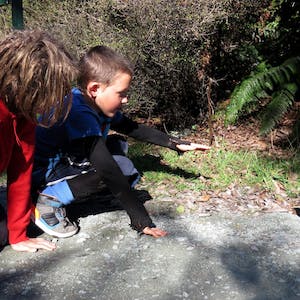 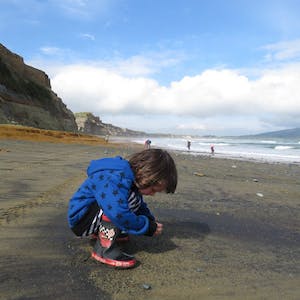 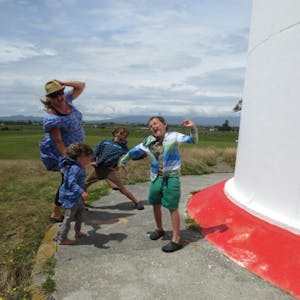