The first challenge with any trip to the Pearse Resurgence is getting there. The road is eroded and lined with large rocks – just the right size to ground a car. In the end we parked 1km short of the car park. A local watched us getting ready and called “better you than me mate, there are 22 river crossings up there, and it’s a hell of a slippery.”

The old benched track sidled high above the Pearse and above a deep gorge. I felt weighted down by my pack and spared a thought for kayakers who walked up with boats strapped to their backs to paddle the grade four rapids. They must be a little hardier than me.

After 45 minutes the track dropped down to the river and we began the numerous crossings. On one I slipped in. As I pulled myself out I imagined the local chuckling and saying “told you so”. 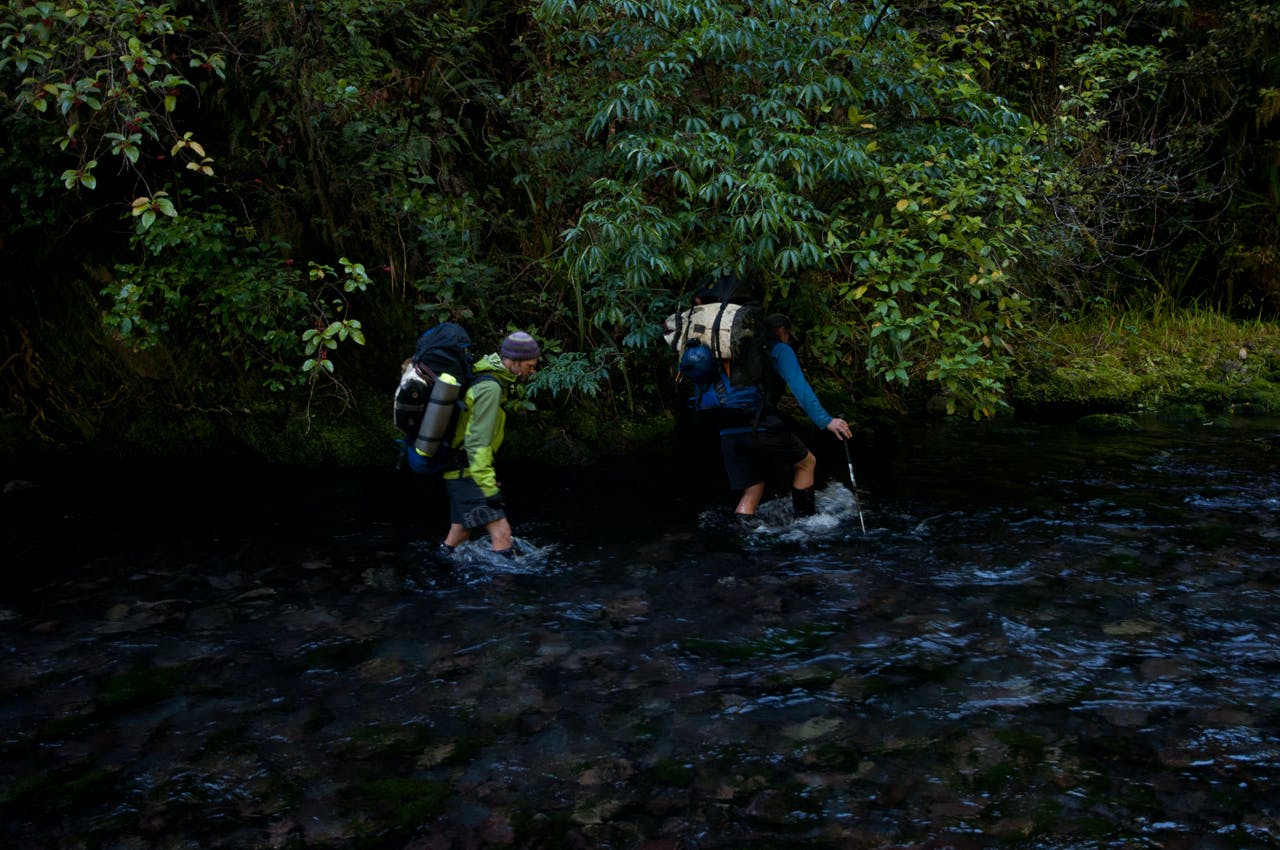 Eventually, the valley broadened out and we came to a grassy clearing large enough for a few tents. We attempted to light a fire to dry out but all the wood was wet. My friend on the trip pulled out a bottle of wine which warmed nicely.

Below the campsite I watched three whio in the river. It’s rare to find such an accessible spot to view these rare native ducks and the success of the birds here is likely due to the stoat trapping campaign implemented by Friends of the Flora and the Department of Conservation.

In the morning my frozen socks stood up on their own. I banged them on a rock, gritted my teeth and pulled them on.

Above the campsite, the Pearse rises from an artesian spring. The water is so clear you can look through it and make out the various passages and caves leading down. Using mixed gases to offset the pressures experienced at depth, cave divers have descended some 220m into the cave.

The water from the Pearse comes from the karst massif above. The tops of Mt Arthur are, in many ways a desert. Perhaps not in the traditional sense, but it is dry, barren, and void of streams. Carbon dioxide rich water percolates into the karst, carving out marble shafts. Some are mere cracks, inaccessible, while others are large voids, dropping hundreds of metres. Beyond is a labyrinth of caves with the longest system being 30km and 1000m deep. You could spend a lifetime exploring these.

We visited a cave before tramping back down the valley.

On reflection, the trip up the Pearse is a classic overnight trip, not far from Motueka and Nelson, the interesting karst features make it even more appealing and the campsite is a cracker.