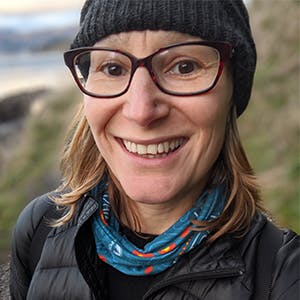 There are benefits to completing the Great Walks in a day – your packs are light and the cost is negligible.

Lesley Park loves tramping tracks but isn’t interested in walking them. She’s spent the last 10 years travelling across the country indulging in her passion of trail running.

“I just look at a trail and think, I’d rather run it,” she says.

Park, 46, got the running bug while working as a PE teacher in Taupō when she trained for a half marathon with her students. She gradually started running longer distances and is now a fully-fledged ultrarunner who loves creating her own running adventures.

Now based in Papamoa, she’s spent the last two years ticking off every Great Walk, running each one in a day. Park created the unofficial ultrarunning challenge to bring her friends together on adventures.

“I thought, what can I do that’s challenging for me, will include my friends, and at a time that suits us,” she says. “I know, I’m going to run all these bloody Great Walks!”

Park threw the suggestion out to her friends after running the Kepler Track and got deluged with replies.

“I got inundated with yes! Let’s go! When? I’m there! It’s nice to have crazy friends who are fit enough and capable to join the adventure.”

As most of the group are based in the North Island, it’s expensive to get to the South Island so they often join up the tracks. Last year, the group of 10 combined the Milford, Routeburn and Rakiura in one hit to create the ‘3-in-6’ adventure: three Great Walks over six days. Park says: “We’d run, have a day off to drink beer and eat chips, then run again. The sense of accomplishment after creating your own event with your own tribe is fantastic.” 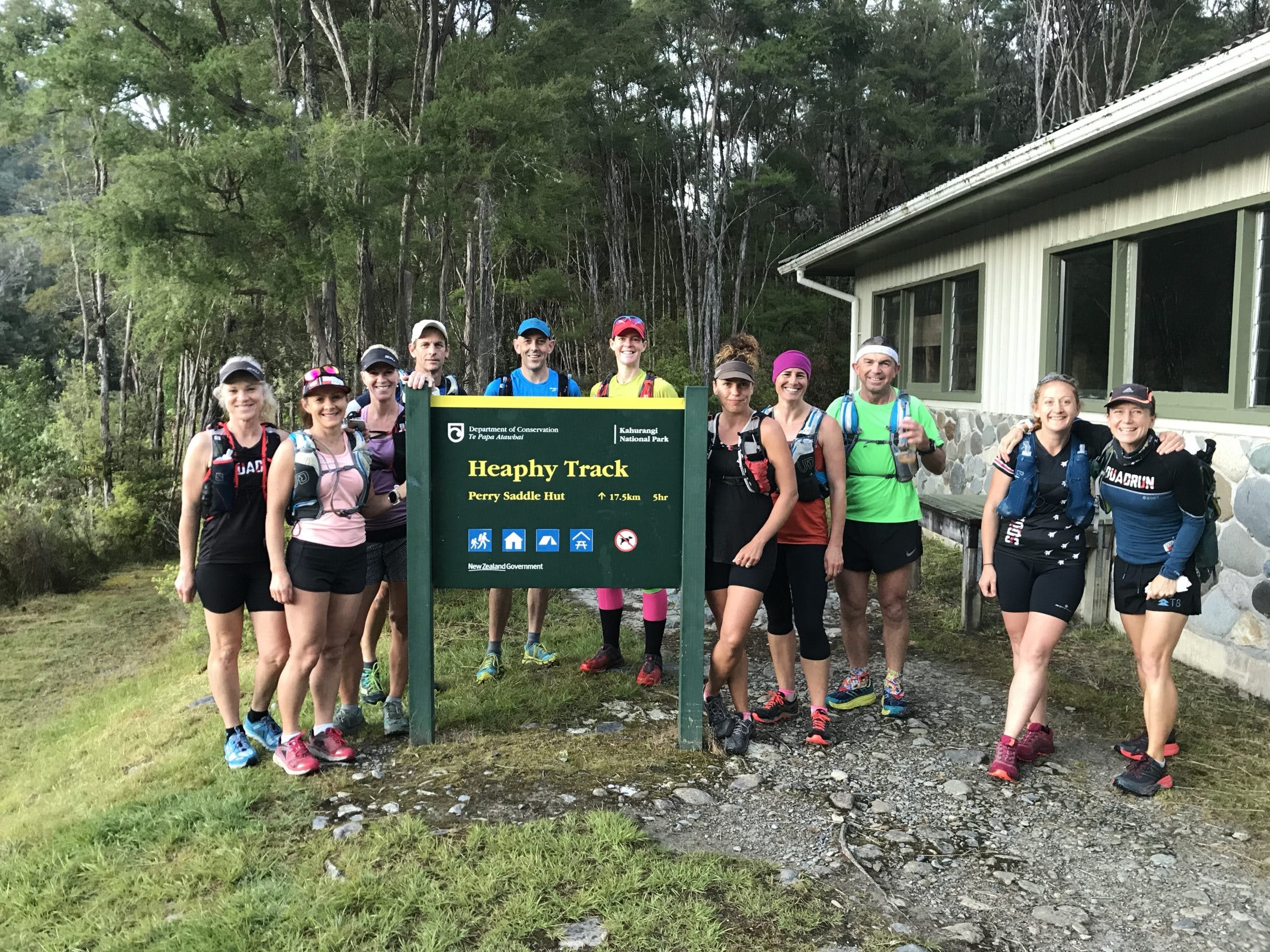 Lesley Park, third from left, with her running pals on the Heaphy Track. Photo: Supplied

Running the tracks in one go means they don’t have to book huts, giving them much more flexibility and freedom.

“We feel we’re a little bit spoilt because we don’t have to book huts, although we always give a donation to DOC because we use the facilities and they do a great job of the tracks,” she says. “It’s lovely to meet the bikers and walkers and have a bit of a chinwag along the way. People think we’re bonkers when they find out we’re running the whole way through. That crazy has just become our norm now.”

The group takes safety on the trails seriously, ensuring each person runs with at least one other. They also check the weather conditions with DOC before starting out and each runner carries compulsory gear.

“We always take more than we need, as it’s better to be safe than sorry,” Park says.

The group carries an inReach device in case of emergencies, although Park says they’ve never had to use it. “There’s an unwritten rule that if you join the adventure, you’ve trained and are prepared for it. We make sure we put the work in to be able to have the fun.”

The group’s favourite Great Walk was the Milford Track, though it wasn’t without its difficulties, says Park.

“The logistics to organise it were a nightmare, but it worked. It’s stunning and a toughie to run. We remember that one particularly because we finished at the lake when it was roasting hot, so we thought we’d strip off and have a swim, not realising it was full of eels which decided to have a little nibble on us all.”

Park has completed all Great Walks bar the Paparoa, which she is planning to run at Christmas, and the Whanganui River Journey.

“I can’t run on water, so I’m not sure how I can actually complete it,” she says. “I plan to kayak it with my family at some point in the future, though.”