Big changes are afoot in the Coromandel peninsula for walkers and trampers. Thames-Coromandel District Council plans to have completed 10 trails over the next decade, including a track linking the east and west coasts and one resurrecting an old trail across the spine of the peninsula.

The Coromandel Great Walks Project has just been given $1m by the Lotteries Significant Project Fund to help fund track construction for the first phase – completing a link between Hot Water Beach and Whitianga on the east coast.

Project manager Garry Towler believes this track will be completed within the next 12 months and is much needed for such a stunning area. “We want to provide an international quality experience for visitors – at the moment we don’t provide that quality experience,” he said.

Towler would like the walk to include access to The Blowhole, and a site close by where the ruins of castle Cair Paravel were located in the Narnia movie – a set that could be rebuilt in the not-too-distant future.

To overcome the influx of visitors to the Hahei area, the council plans to build a new car park at the eastern end of town with access to the walk and the Ngati Hei pa site.

There are also plans to make the current Cathedral Cove car park a pick-up and drop-off only zone, with a new car park with walking track to Cathedral Cove planned off nearby Lees Road, keeping traffic out of the town.

Longer term, trampers can look forward to a host of trails being built over the peninsula. A track from Tairua to Pauanui, also on the east coast, is under construction. Plans are to link this with a track south to Whangamata which, in turn, will link to the Wentworth Valley and over the Maratoto range to Hikutaia and the Hauraki Rail Trail.

An east-to-west trail is also planned, linking Whitianga north to Coromandel town, and the council also hopes to resurrect the tramping trail over the spine of the peninsula from Kaimarama Road south to Tapu Coroglen Road, linking to Te Puru Track which heads towards the likes of Crosbies Hut, the Kauaeranga Valley and The Pinnacles. 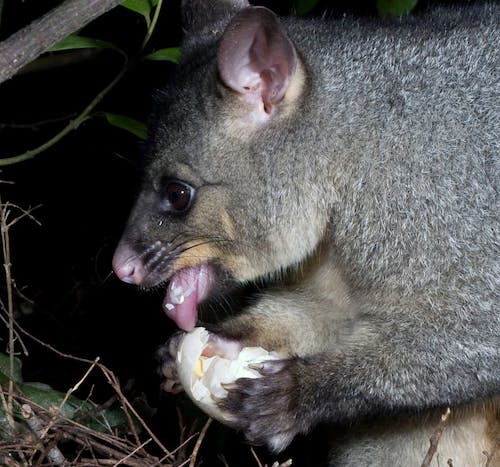 Possum feeding on a bird’s egg

Anyone looking for a good resource regarding the use of 1080 in New Zealand should head to 1080facts.co.nz.

Federated Farmers and Forest & Bird have combined to provide a comprehensive guide to the poison, how it’s used, the success rates and the risks. Those who are really keen can follow links to the scientific research behind the facts.

The factsheet has been created due to demand from the public to have all the information in one place. Hard copies are also available by emailing info@1080facts.co.nz.

Arthur Williams, a well-known and much loved outdoorsman recently interviewed for a feature in Wilderness about music in the backcountry, died suddenly in July.

Arthur was born in Dunedin and spent the early part of his life there before the family moved to Timaru. Arthur joined the Post Office as a linesman and around 1974 he moved to Invercargill and, with the love of the outdoors nourished during his early years as a Scout, it wasn’t long before he joined the Southland Tramping Club.

Arthur was an excellent singer and if someone started humming or singing Arthur would also start up, either singing or, more often than not, whistling a completely different tune to the one everyone else had in their head. His voice could be heard from quite a distance so we always knew where Arthur was in the queue.

With his wife Veronica, Arthur signed up as part of the Big Buddy mentoring programme, taking underprivileged children into their home and on day trips with the club.

A heart attack in January and a spell in Dunedin hospital signalled all wasn’t well with Arthur but it was still a shock when he passed away on July 9. News spread quickly among the outdoor fraternity, of which Arthur was a well-known figure. I texted a couple of people and one reply I got back summed it all up:  “The sad loss of a real gentleman.”

Can you do better than this entry? Get Drawing to be in with a chance to win a Macpac Mountain hoody.

We’ve had some great entries to our competition to design New Zealand’s flag of the backcountry. But time is running out if you haven’t yet entered – the closing date is Monday, August 31.

The winner will get a full sized version of their winning flag which will be flown from the top of Aoraki/Mt Cook. They’ll also receive a Macpac Mountain Hoody jacket with their flag design sewn onto the chest. 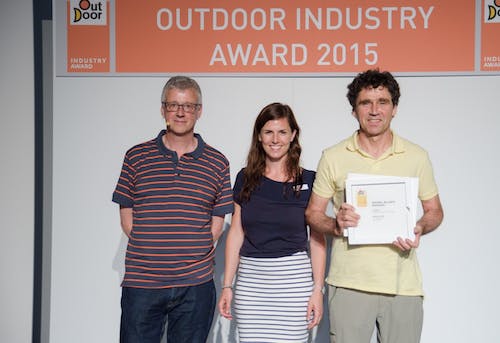 Judges said the pack was ‘the most innovative backpack submitted for the award’ and cited its ‘well thought-through details and effective back ventilation [which] allows great freedom of movement, yet still provides a stable carry. By distributing weight to the pack and front pockets it ensures good load distribution and greater carry comfort.’

“This award confirms the subjective experience of thousands of Aarn Bodypack users around the world,” said Aarn Design’s owner Aarn Tate. “They are benefitting from the load carrying comfort achieved through our naturally balanced free movement systems”

This is the first time a New Zealand pack has won an Outdoor Award, let alone a gold award, at the show and Tate said it may lead to gaining a distribution deal in Germany: “It gave the brand a lot more credibility and we had some very important people visit our stand as a result.”

German retailer Globetrotters has taken an interest and now “there’s the possibility of German distribution”.

It would be an important breakthrough for Aarn, helping turn over product much more quickly. “To be a viable company we need to get more distribution,” explained Tate. “If we can turn over stock in one year, it’s good, if it’s six months it’s a very good business.”

Wasp numbers ‘mite’ be under threat

New findings suggest a great leap forward in the fight against invasive wasps. 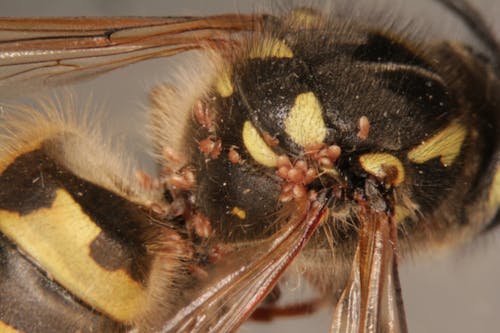 A wasp infested with the tiny mites.

Landcare Research scientist Dr Bob Brown has found nests infested with a tiny mite he first discovered in 2011 are 50 to 70 per cent smaller than those not infested.

The discovery of young mites, as well as adults, in nests suggests the wasps pay host to the tiny creatures and the mites are not there purely by chance.

Although it could take years to determine for certain whether the mites adversely affect the wasps and whether they harm other organisms, it’s a development Landcare Research is keen to pursue further.

Many trampers will have suffered the effects of the invasive wasp plague in various forests, such as in Nelson Lakes and Auckland’s Waitakeres. As well as being a thorough nuisance and health risk, they also compete with native birds for food and cost our primary industries around $130 million a year.

DOC has also recently made progress in fighting the pesky insect in successful trials where the wasps were fed bait laced with the insecticide fipronil.

Landcare Research asks anyone who finds a queen wasp over winter to send it to Dr Brown with location and contact details for study.

“At this time of year, the queen leaves the colony to hibernate for the winter,” said Brown. “They go in search of somewhere dry and dark. They can often come into people’s garages, sheds or wood piles.

“The queens are distinguishable as they are much larger than workers and, when they are hibernating, can be found sitting quietly with their wings tucked underneath their abdomen.”

Brown recommends freezing the wasp overnight to kill it before posting to PO Box 69040, Lincoln 7640.