Those who have tramped the Mt Ruapehu Round the Mountain Track will remember an unpleasant 3km stretch of road between track sections.
But hiking this section with vehicles whizzing by could well become a thing of the past.

DOC is exploring the environmental impact of placing a separate walking and cycle track along the full length of the road, which runs from Ohakune to Turoa Ski Field, possibly linking with existing tracks on the mountain.

The idea has the support of local iwi, council, businesses and conservation board.

DOC’s Stephen Moorhouse said the track would require a change in Tongariro National Park’s management plan, but it’s something the department’s keen to explore.

“There’s a process to go through but people seem to support it,” said Moorhouse. “We’d rather be able to respond to how people use the park, not say to people ‘no, you can’t do that’.”

David Nottage from Ruapehu District Council said he often passes trampers along the road in his car and offers them a lift. “I’ve also been up the road on my mountain bike, worried about the vehicles behind me,” he said.

“A track would be beautiful – you only need to be a couple of metres off the road and you can’t hear the cars anymore if you’re in the bush.”
Nottage would also like mountain bikers to be allowed to use the ski field chairlifts in the summer so they can ride all the way down the mountain.

Time to learn a new peak 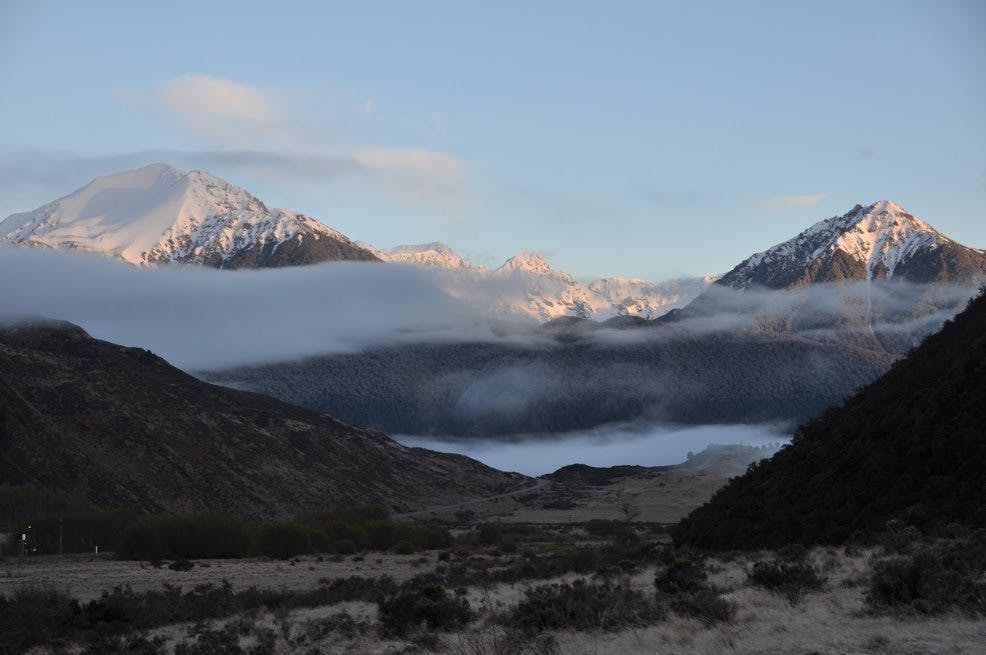 When researchers at the University of Canterbury’s Cass Mountain Biological Station look out of their window, their view is dominated by an impressive peak.

But until recently this enticing summit had never been given a name. That is until Land Information New Zealand accepted a proposal from the university to name it after a lecturer called Charles Foweraker.

Foweraker was a senior lecturer in forestry and botany in the early 20th century and his research was instrumental to our knowledge of the plant life in the region. 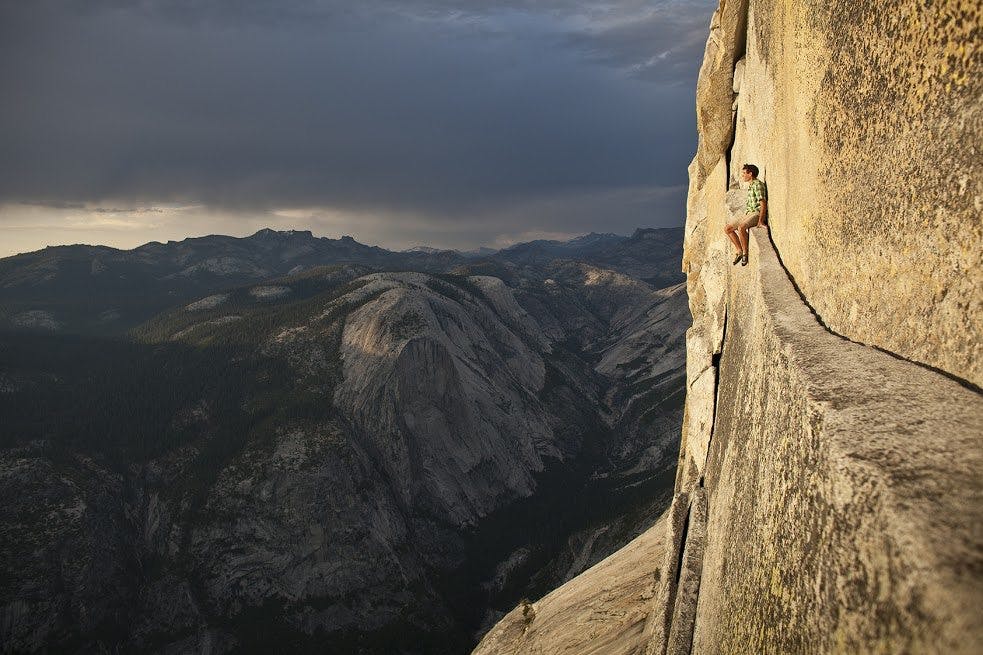 This year’s New Zealand Mountain Film Festival has scored an impressive coup by enticing US climber Alex Honnold to be the main speaker.

Honnold’s face will already be familiar to mountain film lovers, as he’s known for spectacular free solo ascents. He’s achieved the only known such ascent of Yosemite’s Triple Crown – Mt Watkins, El Capitan and Half Dome.

While in New Zealand, he’ll also spend a month climbing some of our most challenging routes.

Festival director Mark Sedon is delighted to have him on board: “We’re stoked – he really wants to come and check out New Zealand,” he said. “He’s one of the biggest names we’ve had. A lot of people will know him well – he’s in the sort of films where you get sweaty hands just watching his climbs.”
Sedon is expecting more than 150 entries to the film festival this year, around 40 of which will be presented as finalists over the week.

This year there’s an emphasis on getting youngsters involved, with free youth shows, free spaces at The Adventure Film School and a $500 prize in the youth section of the adventure photography competition.

The festival is now in its 13th year and takes place in Wanaka, Cromwell and Queenstown on July 3-11. Tickets go on sale from June 3.

The cost of a predator free NZ: $9 billion

Researchers, scientists and ecologists have worked out how much ridding all our islands of pest predators would actually cost.
And they estimated that, over a 50-year timeframe, it would cost $9.04 billion to get the job done.

This is compared to the estimated $15.96 billion it would cost to defend the country against stoats, possums and rats over the same time period. The group, from the University of Auckland and Landcare Research, also estimated that the tourism benefits of a successful scheme would amount to $9.32 billion.

But the researchers added that new species-specific toxins, self-resetting traps and fertility control agents would have to be created for the goal to be realised.

“Most current predator control technologies were developed over 50 years ago,” said University of Auckland ecologist Dr James Russell. “What we really need are more new tools, particularly those that are more humane while reducing costs at the massive scale required.

“Fifty years ago we didn’t dream of being able to clear whole islands of pests, but today we are talking about every last island in New Zealand.”

The cost of wasps

The Sapere Research Group has evaluated the economic effect of pest wasps and discovered they directly cost the country at least $130 million every year.

Trampers visiting beech forests across the country will know what a nuisance the German and common wasps can be, but no thorough research of this kind had been carried out until this study, funded by DOC and the Ministry for Primary Industries.

But DOC scientist Eric Edwards said the actual cost is way higher than $130 million, “especially if you take into account the impact on tourism and pest control activities of regional councils, which this study wasn’t able to measure in full”.

“We know that wasps are a massive annoyance and their multiple stings can cause a lifetime effect of making young people reluctant to ever return to the outdoors,” he added.

MPI said the study shows it makes economic and environmental sense to invest in research to control wasps.

One down, many more to go

New self-setting traps have successfully rid a 64ha island of its pests.

Native Island, off Stewart Island, used to have prolific numbers of rats, but a year after DOC started a trial of Goodnature A24 traps, levels are now undetectable.

The island is situated just 30m off Stewart Island – close enough for rats to swim to – but this doesn’t worry DOC predator expert Darren Peters: “By using self-setting technology, we’ve got traps constantly ready and waiting when they arrive,” he said.

The traps work by striking the skull of the pest with a CO2-powered piston and automatically resetting themselves 24 times per CO2 canister. 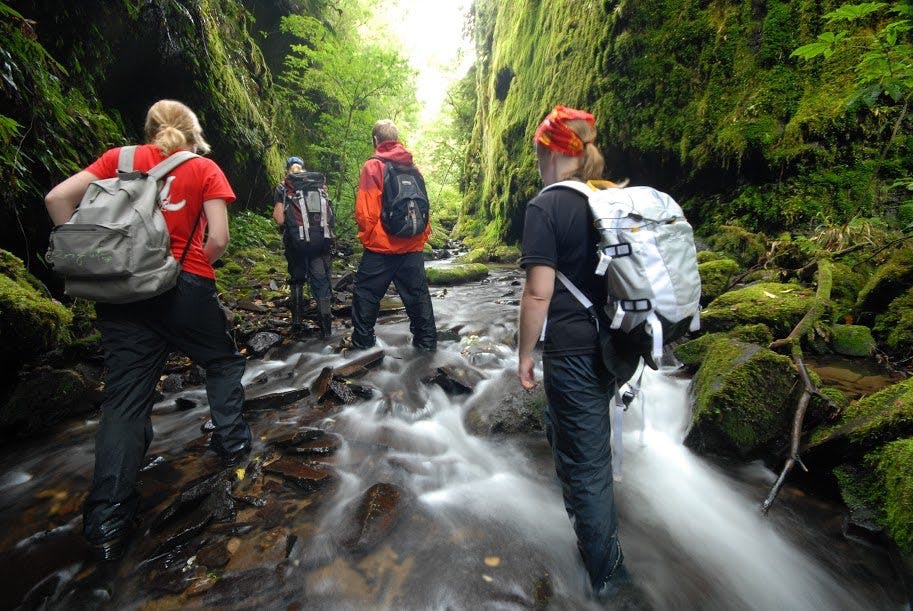 It may have escaped your notice that the Hillary Outdoor Pursuits Centre has had a name change.

Rather than the long-winded – deep breath – Sir Edmund Hillary Outdoor Pursuits Centre of New Zealand, the organisation is now known as the Hillary Outdoors Education Centres.

One reason for the change, according to chief executive Graham Seater, is the length.

Another is that such a long name was obviously going to be shortened – in this case to the acronym OPC – Outdoor Pursuits Centre. “This is a generic term,” said Seater, “not one specific to the organisation. We’re primarily an education centre anyway, not a pursuits centre.”

But the main reason was to promote the powerful brand name ‘Hillary’. “He had a big involvement which was very important to us and we were delighted his family were happy for us to elevate his name,” said Seater. “They know how much the organisation meant to him.”

Seater hopes the organisation will become known casually as ‘Hillary Outdoors’ or even, as he’s already heard some people refer to it, just ‘Hillary’.

Hillary Outdoors has two centres – one next to Tongariro National Park and the other on Great Barrier Island. It provides outdoor education courses, primarily to young people.