Access
Off Otara Road, turn left to Bush Haven just before the bridge. At the road end is a private accommodation; cars can be left here for $10/night

Living in Whakatane, Uratawa Conservation Area is one of my favourite close-to-home areas to tramp and hunt. I had previously visited Wahaatua from the the Manganuku DOC Campground at the Waioeka Gorge on SH2. It took two days to get to the hut by this route. The shorter route is east of Opotiki and takes just one day, so it makes a good weekend tramp.

We started on a Friday night, walking 90 minutes to Te Waiti Hut along the easy benched track beside Te Waiti Stream. Tawa is the dominant species in this area and there is also plenty of nikau along this part of the track.

The track dropped to the stream just before the hut, but the stream is easily forded. We arrived at dusk, just as a helicopter came in to take out a couple of hunters.

There’s little ventilation in Te Waiti Hut and, because it’s easily accessible, it’s  usually messy. This time it featured a maggot-ridden deer head left outside and fat all over the bench. 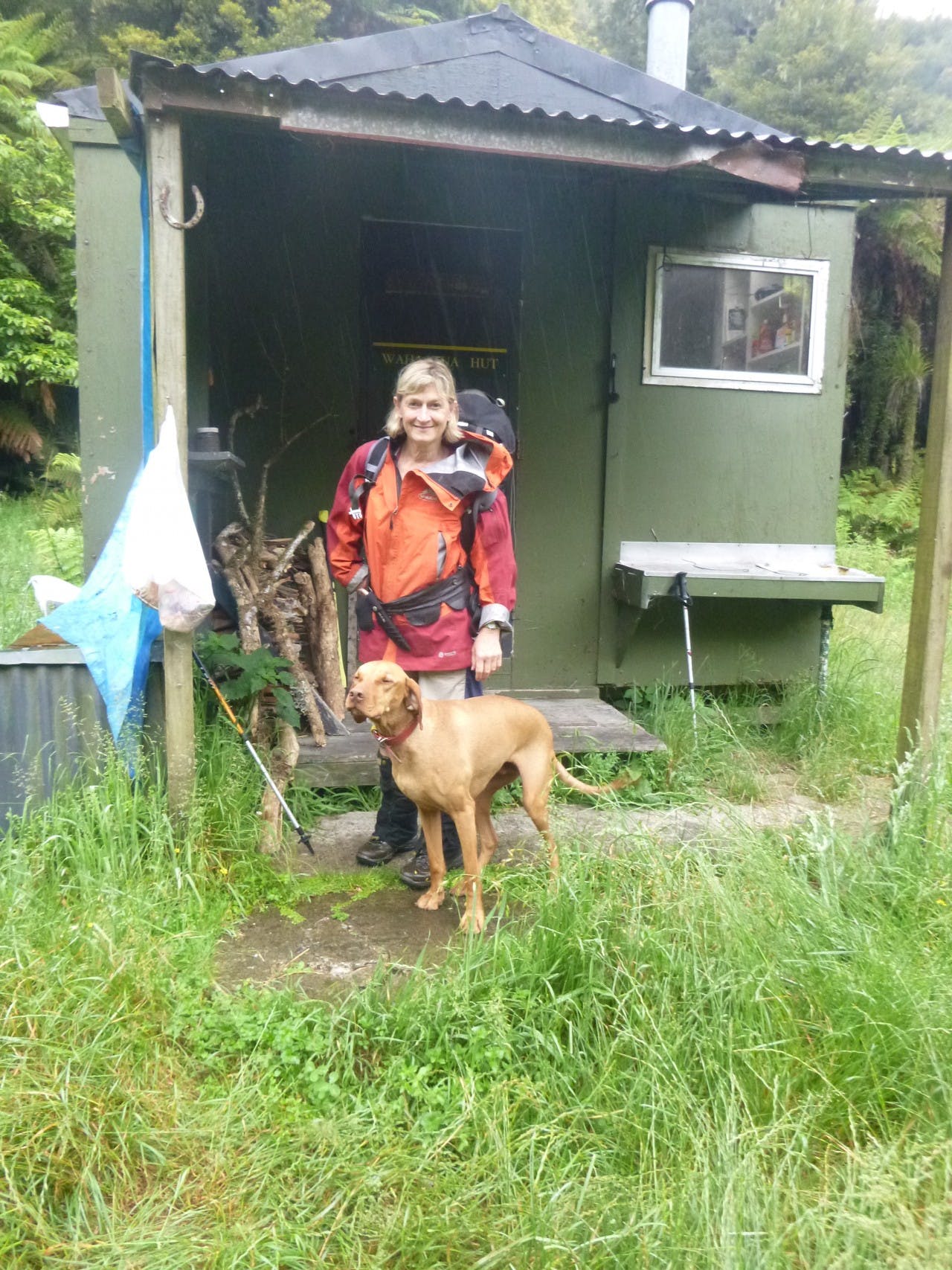 The author at the six-bunk Wahaatua Hut. Photo: Ruth McIntosh

Next morning, we headed south from the hut to where Tokenui and Wahaatua streams join Te Waiti Stream. A benched track climbs above Wahaatua Stream for an hour before descending to the stream at a place called Stag Flat. The benched track features a couple of slips but they can be navigated easily enough. Uratawa country is very steep and prone to major slips.

We continued up Wahaatua Stream, which has a few deep holes, some as high as chest-deep, and arrived at Wahaatua Hut at midday.

The six-bunk hut was clean and in good nick. The plan was to stay the night, but around 2pm it began raining heavily. Worried the stream would rise and leave us stranded, we quickly set off down Wahaatua Stream to Te Waiti.

We returned to the road end the same way, but there is a track at Stag Flat which leads to Pakihi Hut. From Pakihi Hut you could walk out via the Pakihi Stream Track to Pakihi Road. This would allow you to walk a loop, but does require almost 6km of road walking back to your vehicle.