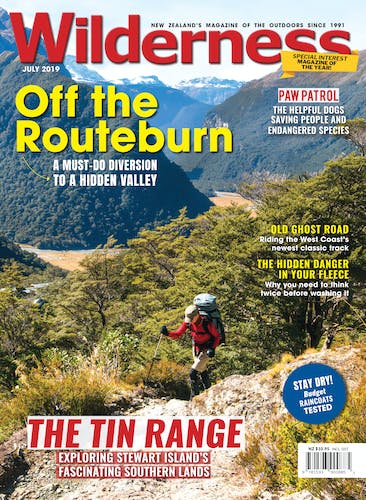 Boggy, barren and battered by landslides, the Valley of the Trolls couldn’t be better named.

Dotted with icy blue pools, giant boulders and an array of alien alpine plants, it’s a place to stretch the imagination, and despite being less than an hour from the Great Walk highway of the Routeburn Track, you’ll likely have it to yourself.

Bookended by lakes Wilson and Harris, the valley is accessed by following a well-trodden trapping line from the Lake Harris bluffs, just before the Routeburn Track veers towards Harris Saddle.

The valley floor is extremely boggy when wet, but brave the track to its head and you can climb a sheer route to the spectacular Lake Wilson.

To the true left of the waterfall, a steep gut heads straight up, running parallel to the falls. It appears impossibly steep from the valley, but occasional rock cairns and traps provide the reassurance you’re on the right path.

The view from the top is breathtaking. Far below, the river swirls through the boggy valley, sneaking towards Lake Harris, which glows orange as the sun sets.Lake Wilson is flanked just a stone’s throw away by Mt Xenicus.

If you’re lucky, you might see the mountain’s namesake, the rare Xenicus gilviventris (rock wren), hopping over the boulders and stamping its feet – proof that the isolated traps, and the views, are well worth the effort.

Or, subscribe now and receive a compact first aid kit.

Buy an annual print+website or website-only subscription and we’ll gift you a Lifesystems Trek First Aid kit worth $40 (NZ subscribers only). This compact kit has everything you need for your outdoor adventures. Simply use coupon code ‘firstaid‘ at checkout.

Option 1: Buy an annual website-only or print+website subscription and throw in a Lifesystems Trek First Aid Kit worth $40. At checkout, use coupon ‘lifesystems‘