On a grassy knoll high above Karekare Beach, you could spread out a blanket and stare up at the stars, amazingly clear on some nights. During the day, the knoll was a great spot to have a bit of lunch and luxuriate in the sweeping view down Auckland’s west coast, past Paratahi Island to the Pararaha Valley and onto the sand bars off Whatipu.

A fence was put up around the edge of the knoll about a decade ago, somewhat denting the connection to nature. Now Auckland Council has gone a step further and gravelled the approach and fenced virtually all the knoll. The connection to the natural world is lost – to me at least.

The gravel arrived as part of a major upgrade of Comans Track – one of the few to be reopened in the wake of mass closures across the Waitakere Ranges network, due to the threat of kauri dieback. Hundreds of steps have been put in, and the track has been smoothed, straightened, flattened and gravelled almost all its length to the Mercer Bay loop.

I’ve walked this track regularly for the best part of 30 years, in all weathers. It’s a fantastic 90-minute cliff walk, with stunning views and good, if not spectacular, bush cover. Even in the worst weather, it was never a difficult track by Waitakere or New Zealand standards. The track was always well-formed and never particularly muddy.

Part of the joy of bush-walking to me is feeling the earth through my boots. I want a minimum of man-made structures: steps, gravel paths embedded in plastic, signs and fences. We are trying to escape the structures of the city and yet now here they are with us virtually every step of the way. 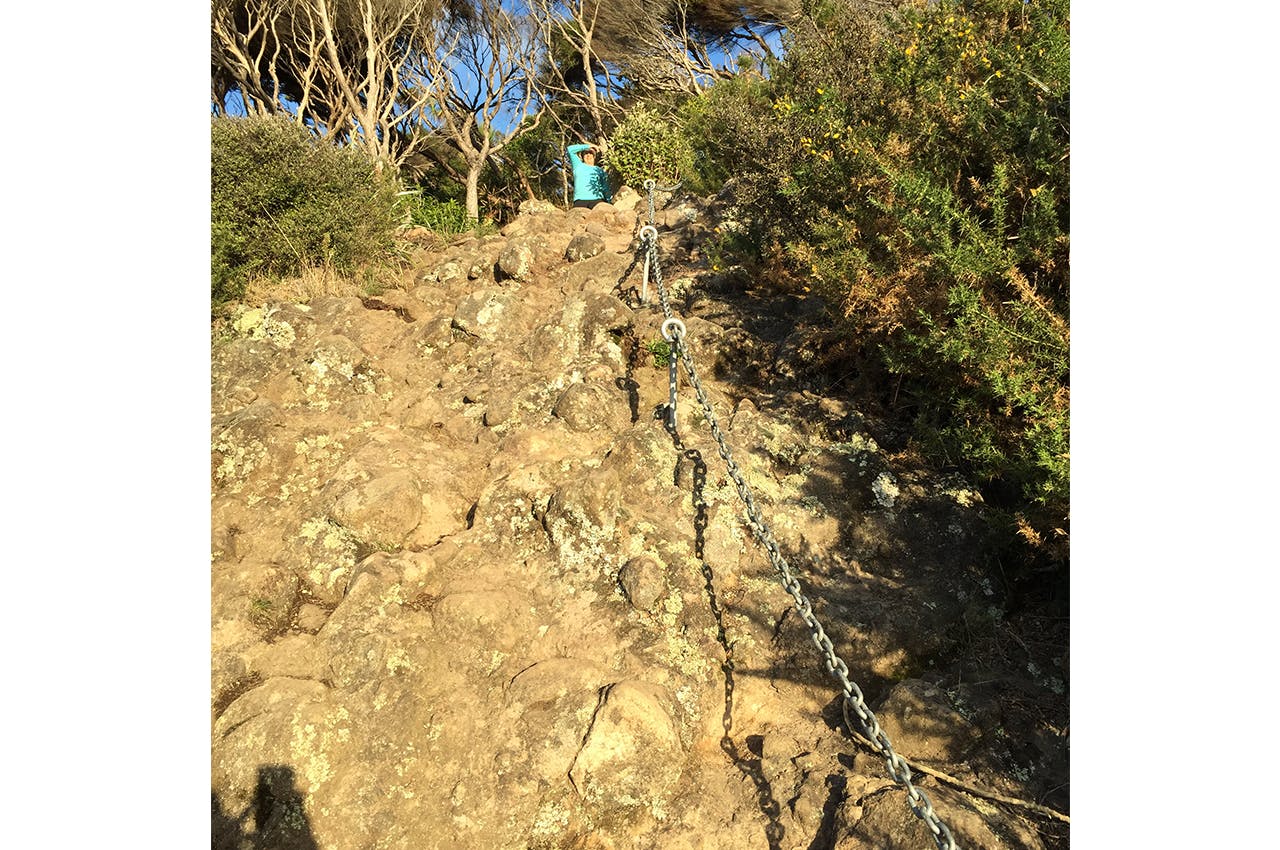 The newly-installed steel chain has sanitised the walk.

On my latest outing along the track, I still enjoyed the beauty of the walk – the views are majestic – but it was changed. It wasn’t desecration exactly; it just felt wrong somehow, sanitised. The changes unnecessary, inappropriate. Even a gentle rock climb on Comans Track had been modified: a new steel chain to help people up and down had been drilled into the volcanic rock that had been there for centuries.

I’m puzzled at why the work was needed. OK, more people will be walking on the track given it is only 45 minutes from Auckland CBD and there are currently few other choices. Maybe Auckland Council has a lot of maintenance money to spare, with many other tracks closed for an indefinite or unknown time.

Prior to the track closures, there seemed to be a move towards smoothing out parts of the Hillary Trail (a 75km linked track from one end of the Waitakeres to the other, of which Comans Track is part). The challenging Muir Track, south of Pararaha Valley, had been similarly gravelled a couple of years ago. The work on the track was done with little if any consultation with local residents, ratepayers and users. I have no beef with making tracks more accessible for all, and safer – to a degree. But there are limits – will we see on the Comans Track handrails on the steps or defibrillators every 500m next?

Isn’t the joy of getting out into nature the fact it can’t be controlled, the weather and to some extent the terrain. Even the most simple bushwalk should impart some sense of adventure.

– Rob Drent is the publisher of the Devonport Flagstaff community newspaper and has been a Karekare bach owner for the past 25 years.