Experts have weighed in on mask use in the outdoors for an Outside magazine feature.

The article analyses the efficiency of neck gaiters and masks made from performance fabrics, and how Covid-19 can spread in the outdoors.

The article states that open air reduces infection risk outdoors, and UV light from the sun can inactivate the virus in minutes.

However, studies have shown the disease can transmit via small airborne particles called aerosols.

Experts say the key is to use the tools available to minimise exposure risk; social distancing, masks and hygiene.

“Especially if you’re exercising around other people, you should wear a mask and keep distance,” Kormuth said. 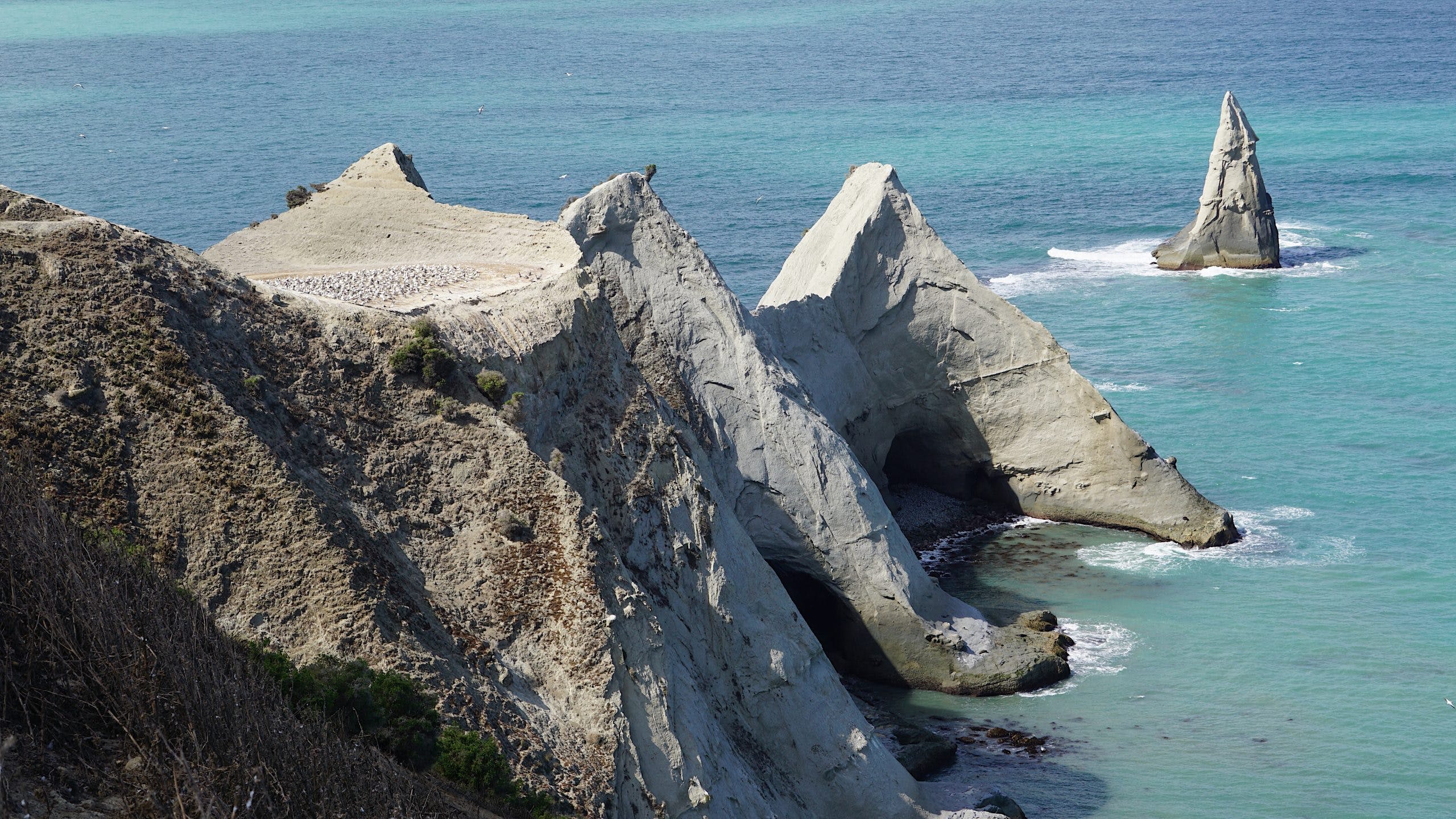 The track to Cape Kidnappers has been closed January 2019. Photo: Kristina D.C. Hoeppner/Flickr

In 2017, Napier’s Cape Kidnappers Walk was announced as one of DOC’s Great Day Walks.

Today, you won’t find it promoted anywhere, owing to a 2019 slip which injured two visitors.

With the track’s imminent reopening, Stuff has dug deep into the coastal walk’s colourful history.

‘Now, with knowledge gleaned from two weighty assessments, the department has changed tack to a position of actively discouraging visitors, and plans to remove toilet and shelter facilities at the cape in case they give the impression visits were encouraged.’

Gannet Beach Adventures, which pays DOC a concession to drive visitors over the beach, has been unable to operate since the slip in January 2019.

“I can’t tell you how frustrating it’s all been,” owner Colin Lindsay said.

“[DOC] seem to think of us as a foe, as people whose interest is only in the money. It’s our business, sure, but it’s our business by choice. We actually love what we do, love the cape and love sharing it with people.”

The walk is expected to open after Labour Weekend.

Two adventurous boys sparked a search and rescue mission after taking a walk in the Abel Tasman National Park.

The boys’ father set off a PLB on Friday at 9.30am after the six and seven-year-old brothers failed to return from a beach walk from Whariwharangi Hut.

Nelson Marlborough Rescue Helicopter pilot Barry McAuliffe told Stuff the boys had left the hut at 7.30am to walk to the nearby beach.

A rescue helicopter was dispatched to search the area, before being notified the boys had shown up at Mutton Cove.

“It’s up over a series of hills … 3.2km up and out of the valley and over and down into Mutton Cove,” McAuliffe said.

The rescue helicopter flew the father to Mutton Cove, where the three were reunited and flown back to the Whariwharangi Hut.

Around 40 houses have been destroyed or damaged by a Lake Ohau wildfire, which started on Sunday morning.

As of yesterday morning, the fire had burnt through 5300ha, 1900 of which are in the conservation estate, and forced about 90 residents to evacuate.