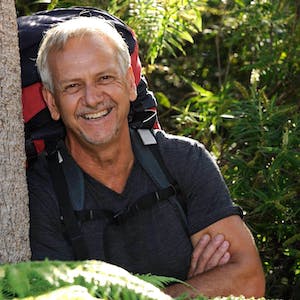 The native wildlife 1080 poison is used to protect are the collective heritage of every New Zealander, and we hold them in trust, not just for ourselves, but the rest of the world, writes Dave Hansford

That night’s slaughter wasn’t the tip of an iceberg, so much as an entire frozen continent: Landcare Research has estimated that introduced pests annually consume 26.5 million eggs and chicks of native forest birds — a total that doesn’t include adult females killed on the nest.

The SPCA appears to be just fine with that. In a frankly schizophrenic statement early this week, the NGO condemned the use of 1080 poison to control pests. Instead, it suggested: ‘There should be greater emphasis on looking for solutions that would enable species … to co-exist in the environment instead.’

What exactly does that mean? Is the rat to lie down with the rowi? It means, logically, that we do nothing but allow the status quo to continue. Let’s take a look at how that’s been working for native wildlife: in the last 1000 or so years, New Zealand has lost around half its vertebrate fauna. There are now 4000-odd species on the threatened list, 800 of which are deemed at real risk of extinction. Aotearoa has the worst record of oblivion on the planet.

It’s a fact of unarguable mathematics that aerial pest control – 1080 – is, at present, the only affordable and effective way to control pests at landscape scale, yet, said the SPCA: “We would like to see a ban on the use of poisons such as 1080, because these substances cause such intense and prolonged suffering to animals that we believe their use can never be justified.”

To be fair, animal welfare is the SPCA’s gig, not conservation, and it’s simply grappling here with the same wicked ethical conundrum we all are — or should be. It’s right to raise welfare concerns, because we must never stop caring that, in using poisons, we cause distress, suffering and pain to animals. That’s central to owning responsibility for our actions.

But public backlash has belatedly pointed out to the SPCA that, in the absence of any right answer, priorities simply have to prevail. The world is not short of rats, nor stoats, nor cats, goats, pigs or deer. Back where they belong, people are tripping over them. But the world is demonstrably, disastrously, short of kiwi, kokako, kakapo, pateke, mohua, whio, kea and rock wren.

These creatures are the collective heritage of every New Zealander, and we hold them in trust, not just for ourselves, but the rest of the world, because they are a global taonga found only here. The SPCA plainly considers that the welfare of a rat today is more important than the chance of your grandkids ever seeing a family of whio, or experiencing the euphony of a kokako’s song.

The SPCA’s hapless stance is a result of trying to impose human value sets over a nature that recognises no moral authority. Practically speaking, our own moral responsibility can only ever be to uphold our role as caretakers of a unique biota, while doing all in our power to minimise the suffering that role unfortunately implies.

– Dave Hansford is a conservation writer and author of the book Protecting Paradise: 1080 and the fight to save New Zealand’s wildlife