In summer, many alpine plants bloom, adding an extra touch of beauty to alpine scenes.

In the mountains, summers are relatively short and alpine plants must take advantage of the longer daylight, warmer temperatures and lack of snow.

While we have some of the same species found in mountainous parts of Australia and South America, many New Zealand alpine plants are unique. This high degree of endemism reflects how long our landmass has been isolated from other parts of what was once the supercontinent of Gondwana.

Celmisia is one of the most widespread and common genera, with some 50 species that grow in the alpine zone – often associated with tussocks. Some have long showy stalks and large leathery leaves, some are diminutive, while others form mats or cushions. Most Celmisia have white flowers, a feature typical of alpine plants.

Here are three common species, and where to see them. 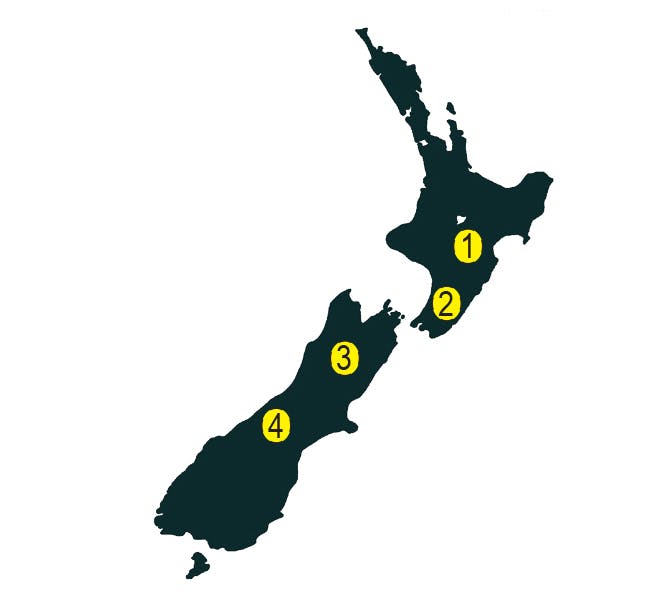 White mountain daisy (Celmisia incana) grows in the mountains of the central North Island, including Tongariro National Park, the Kaweka and Ruahine Ranges, as well as the eastern mountains of Nelson, Marlborough and Canterbury. It has short grey-green leaves, with the flowers on short stalks, and often grows tightly together in clumps or mats.

One of the most accessible places to see it is on the track to Mangaturuturu Hut, which begins from the Ohakune Mountain Road. Among the moss and lichen-covered lava fields, white mountain daisy grows, most notably above the creamy-coloured falls known as The Cascades.

During late summer, the tops surrounding Arete Hut have a delightful abundance and diversity of alpine plants in flower, including cotton daisy (Celmisia spectabilis). The hut lies at the junction of several routes, and is often used by parties tackling a Northern Crossing. The most direct access is from the west, up the Ohau River, Yeates Track, Te Matawai Hut, and over the peaks of Pukematawai and Arete.

The alluring blue waters of Lake Tennyson contrast with the gold and grey of the surrounding mountains. A shelter and camping area, located on the lake’s south-eastern shore is accessible by car. From here, a well-defined route (not marked on topo maps) exists on the lake’s western shore, providing access to the upper valley and the headwaters of the Clarence River.

After rounding the gravelly southern shore, the track passes through patches of beech forest before climbing above small bluffs and opening out. Here, one of the most common species, the large mountain daisy (Celmisia semicordata) grows in abundance, its large flower heads dancing in the slightest of breezes. In late summer, the flowers morph into woolly seed-heads, which persist long into autumn. As the name suggests, it’s the largest of our alpine daisies, and grows only in the South Island.

Another good location to see to the large mountain daisy is at Frew Saddle, on the rugged but rewarding 4-to-6-day Whitcombe-Frew Saddle-Toaroha tramp.