When a hut warden on the Routeburn Track grew tired of people complaining about the lack of birdlife, he created a huge trap network. By Alina Suchanski

Evan Smith has songs on his mind. Bird songs. So much so, that he raised over $100,000 to protect New Zealand native birds.

Smith has been a hut warden at the Mackenzie Hut on the Routeburn Track for 15 years. During the first few years he observed a rapid decline in birdlife on the track while also noticing a visible increase in predators such as rats, stoats and possums.

“Trampers staying at the hut were asking me every day why they didn’t hear or see any birds on the track,” he said.

This prompted Smith to do something about it. Initially he just wanted to improve the birdlife around Mackenzie Hut. He approached the Department of Conservation and was given six traps to place around the hut. In the first summer, he caught 26 stoats and six rats.

He also began using his nightly hut talk to educate trampers about the problem introduced predators pose for native species.

One night in 2011, as Smith was showing people a stoat he caught in a trap, a couple of trampers who had walked the track two years earlier commented that the birdlife had improved since then and asked why there were only six traps around the hut. When told that DOC didn’t have the money for more, they offered to pay for a trap.

“I asked DOC if it was OK to accept donations and they agreed,” says Smith. “Since then, people have astounded us with their generosity. Hikers from all over the world are donating money to protect the native birds along the track. Every year we get more than $20,000 from trampers.”

Smith has collected more than $100,000, which has enabled him to place 190 traps and complete the line from The Divide to Harris Saddle, including three side tracks – Key Summit, Deadmans and Pass Creek tracks.

Not bad, but still not good enough for Smith. A trap line only benefits an area of up to 500m on either side of it. He wanted to protect the entire side of the mountain between the Routeburn Track and the Hollyford Road. 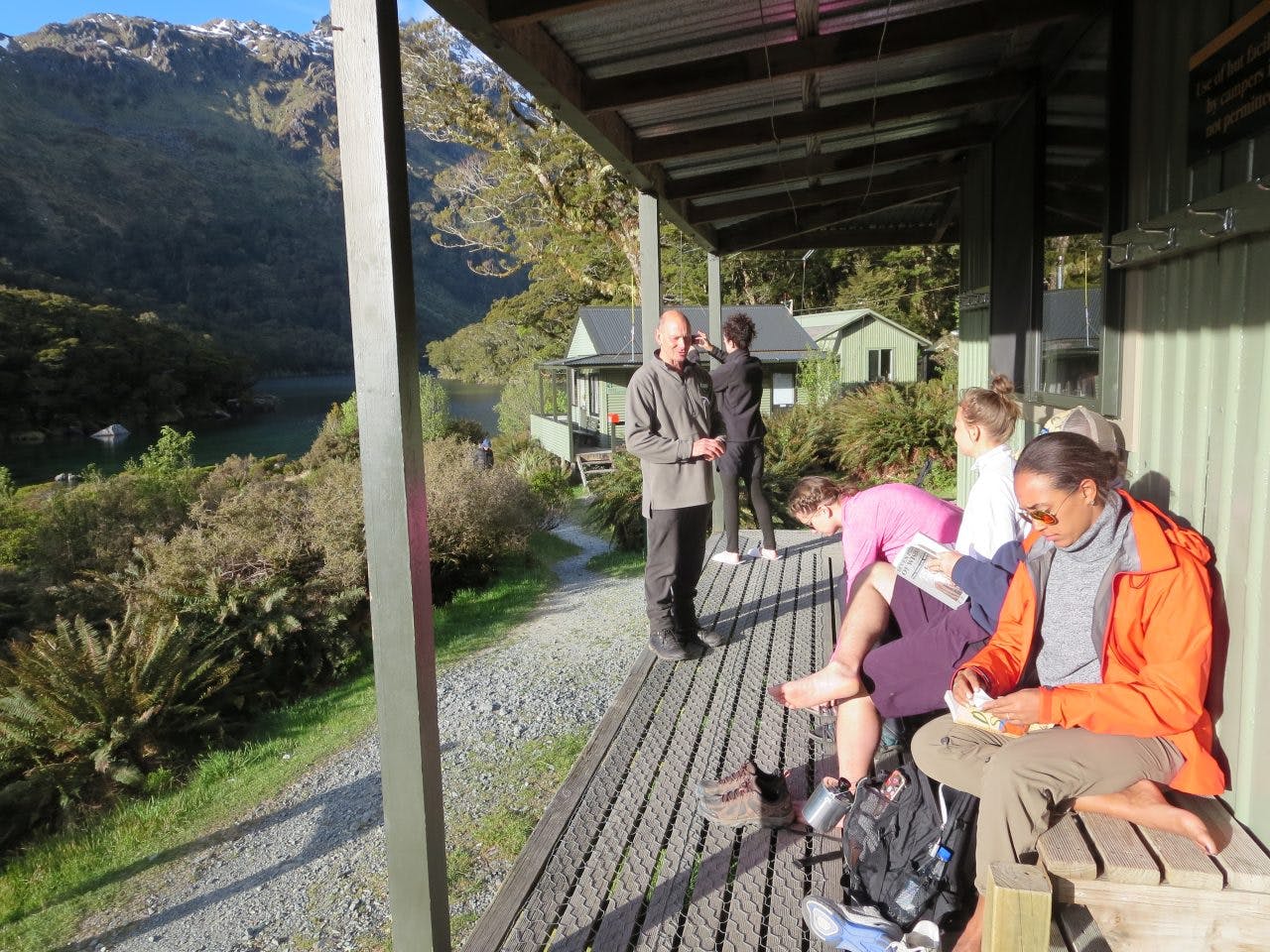 A plan was drawn up to link the two parallel trap lines with a network of new lines that would cover the entire Hollyford face of the Routeburn Track. Air New Zealand contributed $100,000 to the project. Now predators are controlled over an area of 5000ha.

Intrigued by Smith’s story, I walked to Lake Mackenzie Hut to hear his talk that has prompted so many to part with their money, and to see the difference his work has made to the birdlife.

Hiking up the Routeburn Track, I saw fantails, tomtits, a robin and a kea. I heard a long-tailed cuckoo and a kaka. The birdsong was more prolific than the last time I walked the track a few years ago.

At dusk, Smith came to the dining room to give his talk. Suddenly, this modest, quietly spoken man became an actor and the wooden floor of the hut, his stage. His voice turned strong and fervent, his stance confident, he waved his arms around to help make his point.

The statistics Smith quotes are shocking: “Every year, 25 million native birds are killed by predators. Without predator control, 19 out of 20 kiwi chicks are killed before they reach reproductive age. Eighty per cent of kea nests are predated.”

His passion is contagious. He had a crowded hut spellbound and he collected $290 in donations.

Smith continues to collect donations, but his project has taken on a life of its own and has grown to include more trap lines run by others. His line now reaches the Glenorchy side of the Routeburn Track, where there is another line managed by the Routeburn Dart Wildlife Trust (RDWT).

The big goal is to bring birdsong back to the Routeburn and Dart valleys and create a predator free corridor from Glenorchy to Martins Bay.

“I enjoy seeing the birds back and seeing the people’s reaction,” Smith says. “They get very excited to see and hear the birds.”

Smith’s vision of a forest full of birdsong is now becoming a reality. What started with six traps in 2008 has become part of a network that extends the length of the Routeburn Track and makes a difference enjoyed by many.