Features: This is MSR’s proven classic stove system with some modifications that allow use of canister fuel (butane/propane), unleaded petrol or white spirits (white gas) fuels. Kerosene can also be used. The leg/support assembly for the stove has been redesigned for easier maintenance. It’s more stable than earlier models.

Construction: This stove upholds MSR’s reputation for building reliable gear that can be taken just about anywhere. It’s strong, well made and field serviceable. The current iteration of the pump assembly has been criticised by some reviewers for being less strong than its predecessors, but I have been using one for a couple of years and have no complaints. 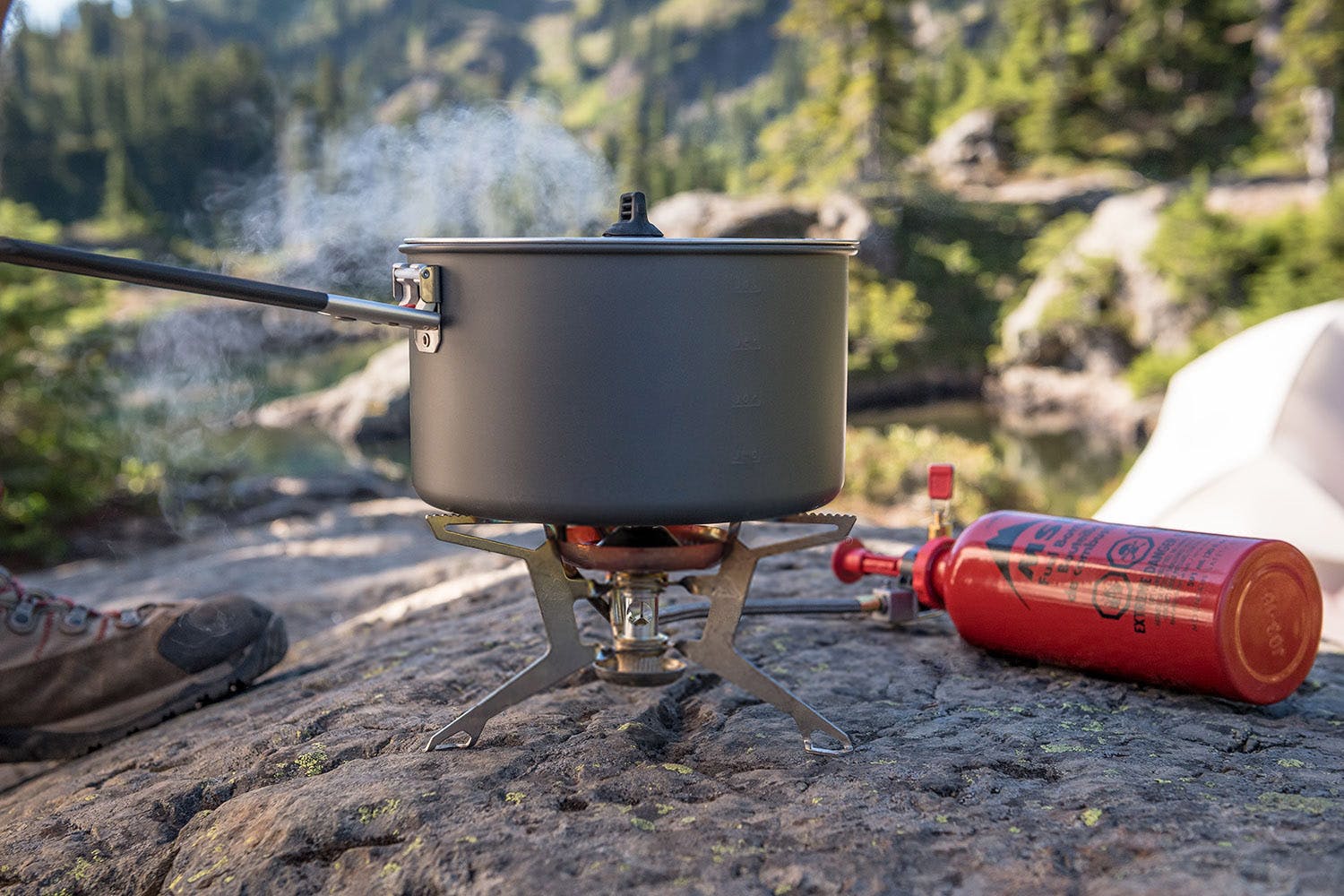 Power: Running white spirits, the Whisperlite Universal will boil one litre of water in 3.5 minutes, or 3.75 minutes with 80/20 butane propane fuel, which is pretty fast. A Jetboil Flash (which I consider very fast) is rated to boil 500ml in 100sec, so it’s a close comparison. There is much more set-up time with a Whisperlite but once it’s going, it’s quick. That’s why earlier Whisperlite models have been my go-to for tramping as well as international travel, particularly when going to altitude.

In use: The Universal came ready for canister use, so it was just a matter of screwing a canister onto the control valve, letting the fuel flow and lighting it – that familiar MSR roar, instantly. There is a supplied plastic trivet for supporting a canister, should you want to use one in the inverted position. This method is recommended for cold weather use and provides more consistent output when the canister fuel level is low. To convert the stove for use with liquid fuels, there are two steps: use the supplied tool to swap in the liquid fuels adapter and swap the fuel jet in the burner unit. Total time for this was less than four minutes, and it could be done quicker. In liquid-fuel mode, the Whisterlite is as reliable as ever, priming quickly and soon turning the burner head red hot.

Value: While there is no questioning the multi-fuel versatility of this unit, it’s $100 more than the classic Whisperlite International, which seems a lot for the benefit of being able to use canister gas.

Verdict: Whisperlite stoves have a reputation for being efficient water boilers, but sometimes frustrating to cook on because the simmer control requires some finesse and constant attention. Converted to canister use, the fine cooking control is back, so users could swap out fuels depending on the trip menu or fuel dependency. It’s also a useful stove for travellers moving between countries where fuel availability varies; it could be run on canister fuel in New Zealand and then switched to unleaded petrol for use in countries where gas canisters are scarce.