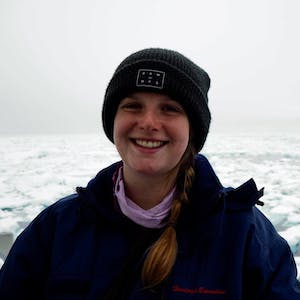 On a trip to the Rock and Pillar Range, a tramper stumbled upon a toadstool that hadn’t been seen in 44 years. Thanks to databases like iNaturalist, other discoveries could be just around the track corner, writes Ellen Rykers

It was a dreary day. Clouds sagged towards the tussock-clad mountaintops and Kathy Warburton’s feet were sore after an uphill slog. As she rounded the corner to the hut, she spotted them: golden toadstools nestled beside the track.

The then 68-year-old was hiking with her walking group in Otago’s Rock and Pillar Range. Hanging at the back of the pack, with her eyes scanning the ground, Warburton had just found a species not seen in the region for decades.

“It was so cold and I couldn’t believe what I was seeing – mushrooms up here?!” she recalls. “I had never seen any fungi on the tops there at all until I saw that one.”

She snapped a few photos, plucked the orange fungus and slid it into the pocket of her backpack.

Warburton is an ardent admirer of the small things: fungi, insects and native orchids. She’s also a citizen scientist, armed with a digital camera. At home, she uploaded the photos to iNaturalist NZ, an online database of crowdsourced nature observations. 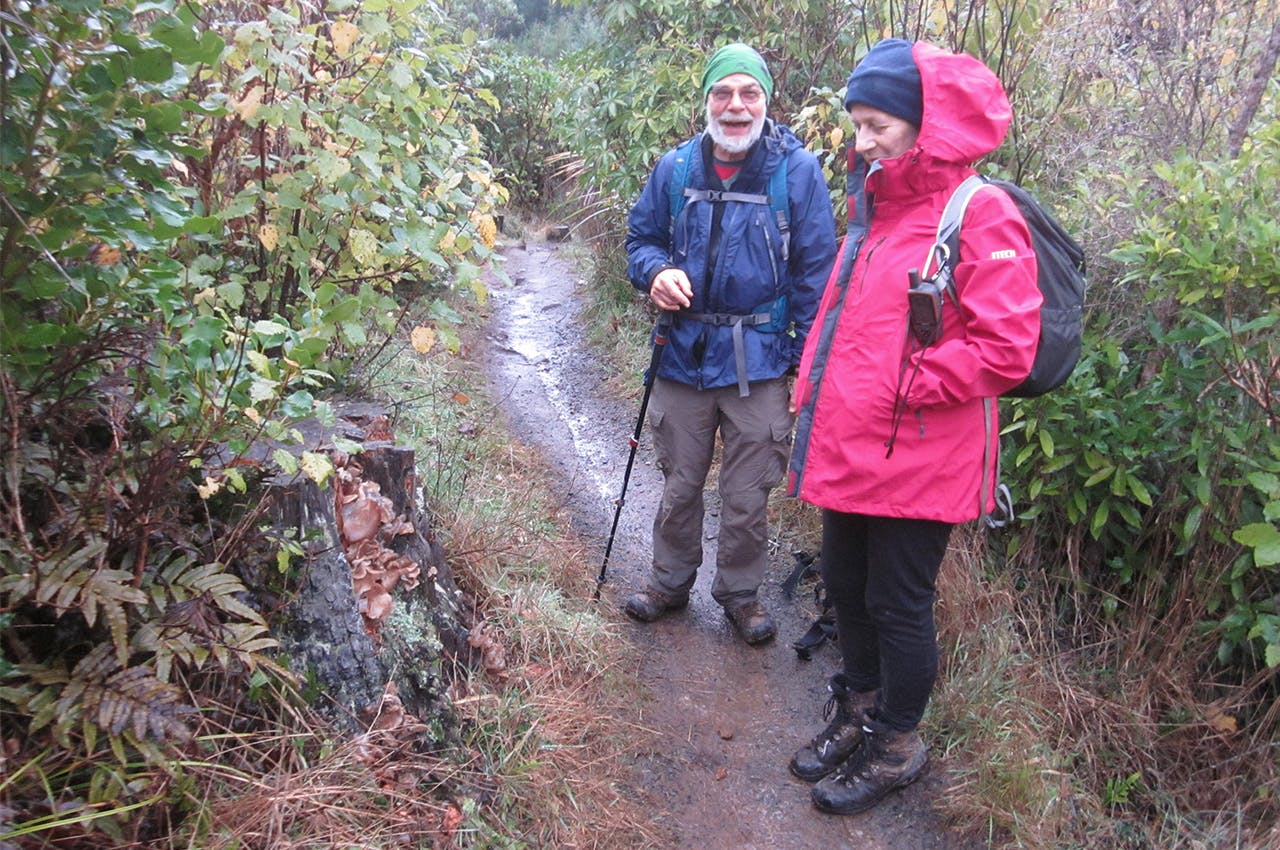 The photos piqued the interest of mycologist Dr Jerry Cooper. The only other time a person had recorded bright orange mushrooms in the area was 44 years ago. With Warburton’s collected specimen, Cooper performed DNA analysis and determined this elusive jewel was part of a fungus family usually found in the tropics. But this particular species, Deconica baylisiana, has only ever been found on the windswept ridges of the Rock and Pillars and is considered critically endangered.

“I was absolutely amazed. I couldn’t quite believe it,” says Warburton. “But since then, I’ve found some other uncommon species, too.”

Anyone can contribute. Those who venture into the remote corners of Aotearoa can help to build a country-wide map of our far-flung flora and fauna. In the city, people can explore local pockets of wilderness and find fascinating creatures.

An enthusiastic community of both amateur and professional naturalists provide identifications. When two out of three people agree on a species ID, the observation is considered ‘research grade’.

In this way, iNaturalist NZ is a kind of symbiosis, according to co-founder and ecologist Dr Colin Meurk. “Users can get an expert identification and learn about what they see, while science gets an increasing database of species distribution and abundance, and locations of rare species,” he says. 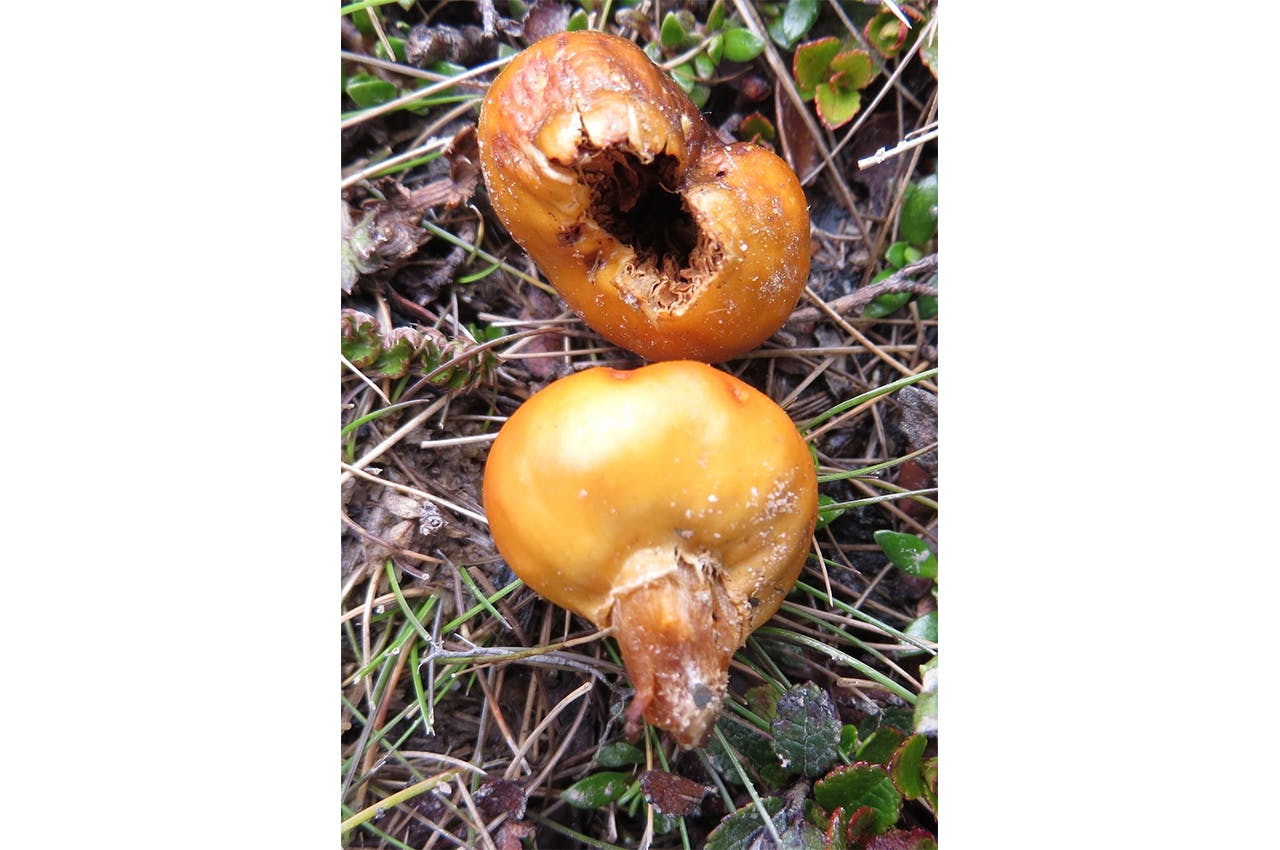 The extremely rare Deconica baylisiana, discovered for the first time in 44 years on the Rock and Pillar Range. Photo: Kathy Warburton/CC

Meurk and other scientists are investigating this wealth of data. We can learn about climate change –  for example, tropical marine species turning up in New Zealand waters, or mānuka flowering progressively earlier in the year. We can track invasive species such as myrtle rust and the harlequin ladybird, among others. Meurk has recently co-authored research on weeds in Canterbury using iNaturalist data. We can also learn about impacts close to home: during lockdown, observations boomed as people catalogued the nature in their neighbourhoods – building a picture of our urban biodiversity.

Beyond the data, Meurk is passionate about the potential for iNaturalist NZ to connect people to the world around them. “It’s about taking the time to smell the roses. Or the Olearia paniculata,” he says. “We all need to better understand the world that we live in and the creatures we share the planet with.”

After all, who knows? You could share a tramping track with a once-in-a-lifetime mushroom.