To the average person, skinny dipping is simply swimming in the nude.

It’s something that happens spontaneously after a few too many drinks, a rush of adrenalin, or peer pressure.

But for Kate Uwins, it’s so much more than that.

“For me it’s the deepest connection to nature that I’ve ever felt – and one of the deepest we can feel – because it’s a time that we’re completely immersed in nature.”

But when she came to New Zealand in 2016, skinny dipping became a much bigger part of her life.

“I think New Zealand is the world’s number one skinny dipping spot. The water in this country blows my mind,” she says.

“It’s so stunning. Not just the water, but the amazing scenery surrounding it and the mountain views you can have from your skinny dipping spot. And then, the fact that there’s hardly anyone around. Why wear a swimsuit? Then you’ve just got a soggy swimsuit to deal with.”

Uwins says that connecting with nature through skinny dipping has helped her to accept her body and develop greater self-confidence.

“For my whole life I felt like I needed to look different, that I needed to alter something, that I’m not beautiful as I am,” she says. 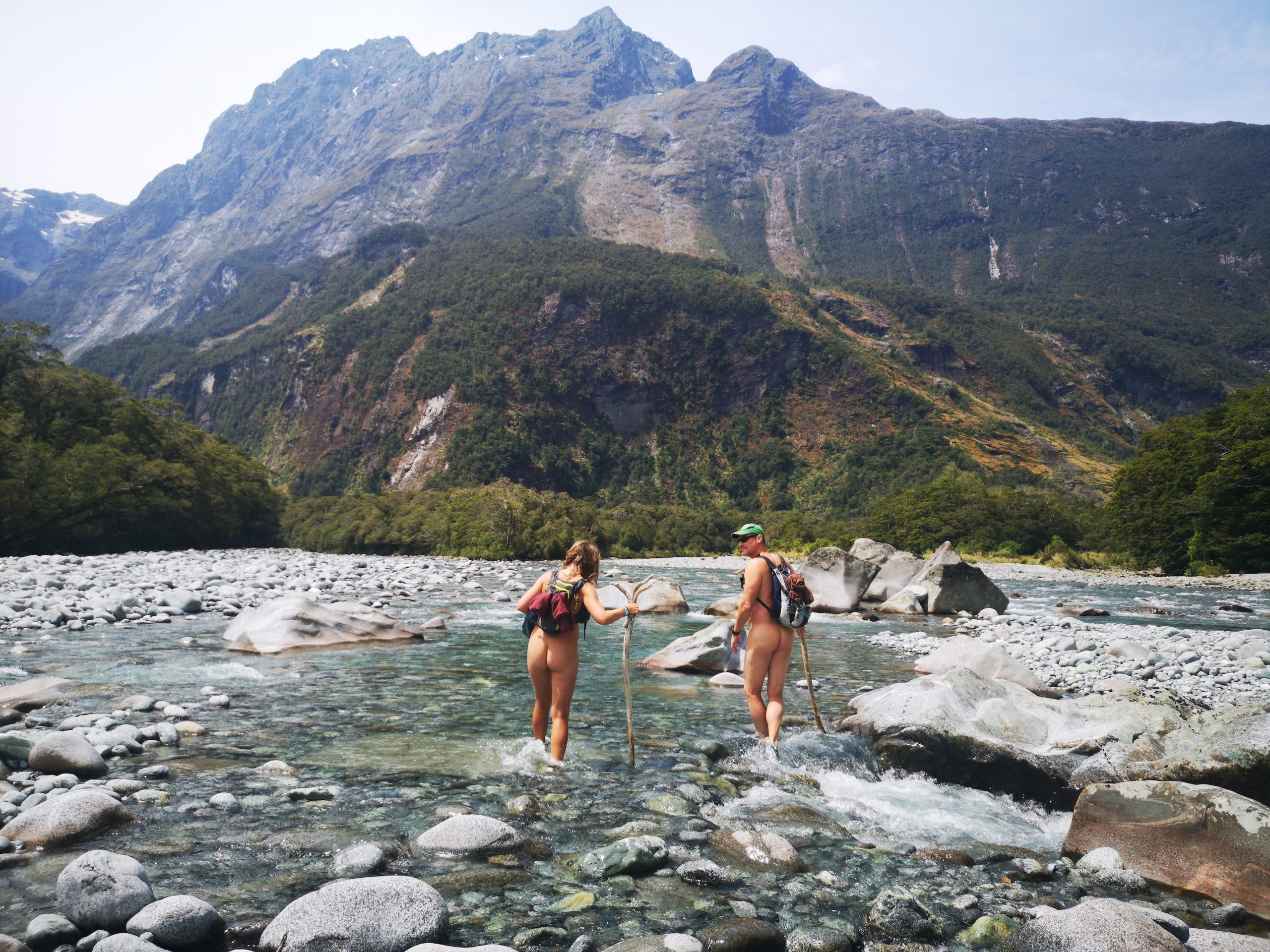 “And then I realised that I’m just a natural thing made by Mother Nature and so I don’t need to try and alter myself all the time. I’m just natural and it’s OK not to be perfectly round in this place and perfectly flat in this place because nothing in nature’s that perfect.

“It’s crazy how much skinny dipping has built my confidence. It’s the most empowering thing I’ve ever felt.”

During her travels, she met guidebook author Scott Cook – famous among backpackers in New Zealand – in Abbey Caves in Whangarei.

Through the guidebook and her social media presence, she hopes to “normalise nudity” and inspire others to accept themselves as they are.

“I think it’s really important that more people see nudity as a natural thing rather than a sexual thing.

“I think that people need to be liberated a bit from feeling like they have to cover up all the time.”

It might come as a surprise to some that public nudity isn’t illegal in New Zealand, so long as you’re not acting indecently.

And while Uwins has stripped off all over New Zealand – including under Stirling Falls on a cruise around Milford Sound and the Hooker Glacier lake at Aoraki/Mt Cook – she says it’s best to respect people’s boundaries and find secluded spots.

Her message to anyone who’s curious about skinny dipping: “Do it. Give it a try. Go somewhere you feel safe where no one’s going to stumble across you. You don’t even have to tell anyone you did it.”