Access
Maruia Saddle Road off SH65 (Shanendoah Highway). Maruia Saddle Road leaves SH65 midway between Springs Junction and Murchison. The track starts after Culvert No 17 from the Maruia Saddle but is not obvious. Look for an orange triangular marker beyond a steep bank some 20-30m above the road.

I think it was the name of Mt Mantell that first attracted my attention to this 1606m peak. Mantell was an English immigrant employed by the Commissioner for Extinguishing Native Land Titles. His job was to acquire land from the Ngai Tahu tribe in preparation for European settlement. I’m not sure why the mountain attracted his name because his work was mostly carried out on the east coast of the South Island. Perhaps, if his name had been used on an east coast mountain, the Ngai Tahu would have wanted to extinguish it in the same way he extinguished their land rights.

Mt Mantell is a mere pimple on the surface of the earth, but it rises high enough above the valley floor to pose a physical challenge.

Starting out from Maruia Saddle Road at 9am we located the start of the Mount Mantell track near the 17th culvert (as counted from Maruia Saddle) and began to climb through the bush towards the tops. The lower part of the track is marked but the forest has been damaged by wind and snow and many markers have been lost. Higher up, the forest is more stable and the markers are easier to follow along a leading ridge.

The beech forest is dominant but at one place near a slip we passed some pineapple scrub (Dracophyllum traversii) and the rather nondescript shrub Archeria traversii. Usually, by the time I have made it to the general altitude at which these plants are found, I start to tire. 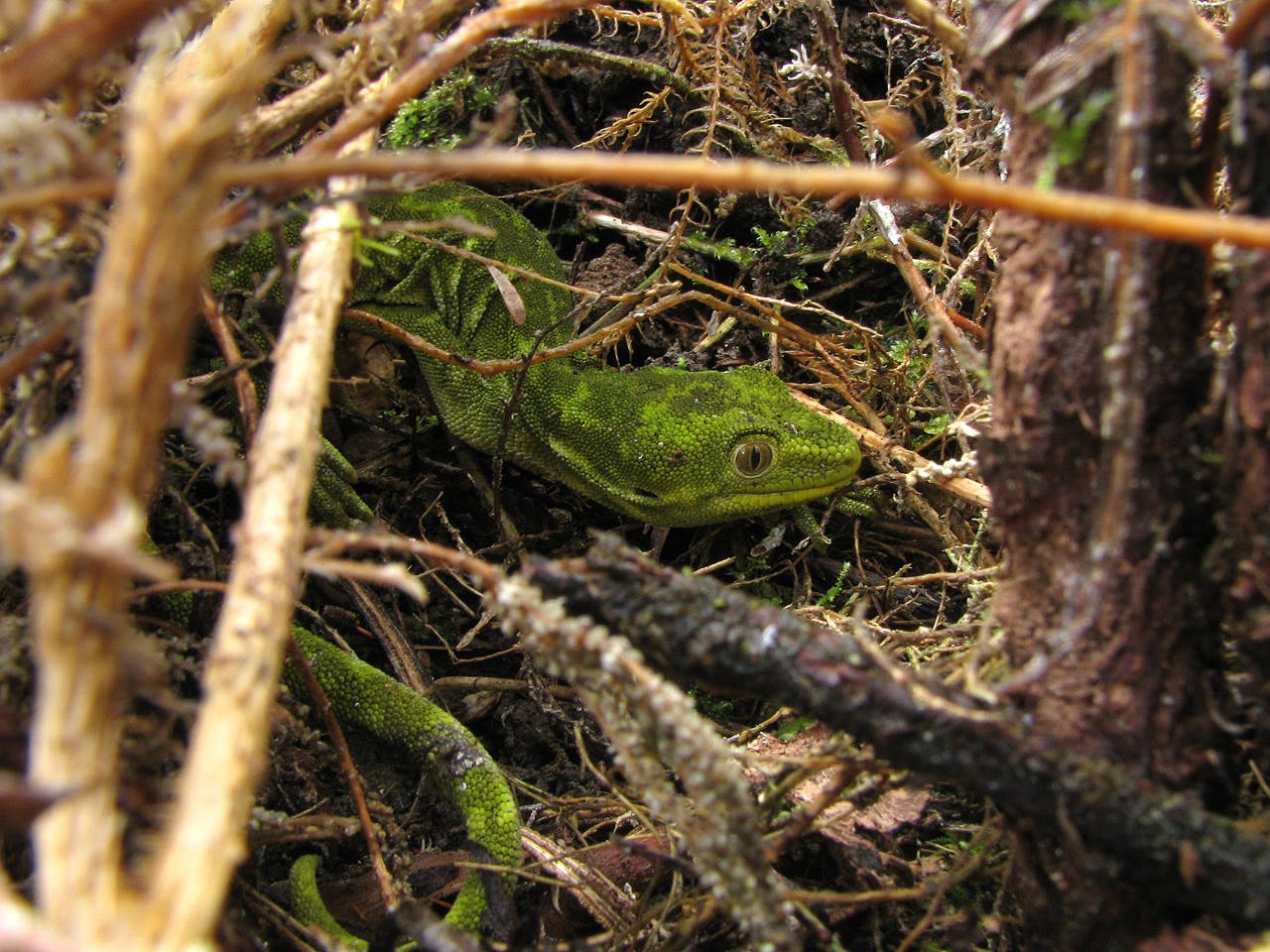 Red beech soon dominated before transitioning to a mix of silver and mountain beech. Both species vie for predominance but neither seems to become a clear winner.

Above the bushline a barrier of dracophyllum scrub and mountain flax stretches across the mountainside but fortunately tracks in the scrub show us a way through.

From the bushline to the summit is about 2km of relatively flat, non-technical ridge travel and once reached, the summit provides great views. Mt Mantell lies between the Maruia and Matakitaki Rivers. Far below, the valley floors look bright green, the result of pasture improvement from recent intensification of dairy farming. The commercial buildings of Murchison could be identified through my binoculars, including the roof of the Hampden Pub, our objective for the evening.

Two hanging valleys drain the mountain. To the south-west the Shanendoah Stream flows through a flat valley before dropping off steeply towards Shanendoah Saddle. Taylor Stream also starts as a hanging valley and drains into the Matakitaki Valley. In the 1800s, settlers cut tracks and drove their flocks of sheep to graze these valleys and the surrounding tussocky tops. A truly amazing feat when the difficulty of the job is considered. I wondered if a small sorrel plant I found under the summit rocks might have originated from seeds carried in by these sheep.

With some reservation we looked back at the long ridge home and I wondered how well my knees would last. Several hours later we had made good progress down the tracked ridge and could see across valleys shadowed by the sinking sun. The further we descended the more I was reminded of my design flaws, in particular the location of the worn articular cartilage under my patellas. A flock of whistling kaka added a spark of interest to the downward grind and for a fraction of a second I forgot about my knees.