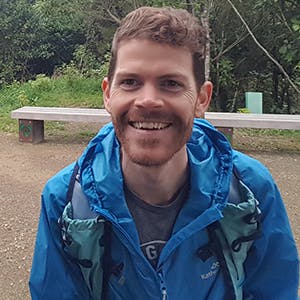 After three years at the helm of the Federated Mountain Clubs, Jan Finlayson is looking forward to having more time to get into the hills once a new president takes over in May.

Finlayson won’t be stepping back completely, however; she’ll retain a spot on the FMC executive in 2022/23 as immediate past president.

Finlayson spoke to Wilderness as her third consecutive term – the term limit for president – drew to a close.

What are you most satisfied with from your time as president?

I think the clear articulation of FMC’s founding principles – free access to the backcountry, and conservation of the land we love. It’s about nature for its own sake and for the backcountry to be a place for everyone regardless of postcode. Through my time in the presidency, we’ve given the Government and officials strong, repeated reminders that the backcountry is where much of Aotearoa New Zealand’s sense of nationhood has been, and will continue to be, forged.

What qualities does an FMC president need?

You’ve got to be a people person and you’ve got to have political savvy, but you can’t compromise on our principles. FMC stands on principle and doesn’t beat about the bush. We’re a volunteer working executive – we don’t have time or resources to waste.

What are some issues the new president will face?

The handful of tenure reviews of Crown pastoral land that remain to be completed and ensuring they’re consistent with the law and challenging them if they’re not.

Achieving a ‘back to basics’ conservation reset that stops treating the backcountry as an extension of urban, bookable infrastructure. We’ve made genuine progress towards this. Lavishly built huts and tracks, and bookings and hut pass exclusions – there’s a very limited place for these and DOC is acknowledging this and investigating what ‘back to basics’ would look like for its standards and policies.