What’s it about? Spanning 2200km between Australia and New Zealand, the Tasman Sea is one of the world’s deadliest and most treacherous oceans. Many have tried crossing the Tasman by kaya, but none succeeded until now. Crossing the Ditch tells the story of two young Australians, James Castrission and Justin Jones, who battle 10m towering waves, massive storms, shark-filled seas, and strong currents to conquer the Tasman Sea.

2. A Prayer for the Wind Horse

What’s it about? The Wind Horse is a mythical Tibetan creature which combines the power of the wind and the strength of the horse to carry prayers from Earth to the gods. Every year, it is called on by villagers living high on the Tibet-Nepal border to give them the courage and stamina to undertake a journey through some of the wildest mountain terrain in the Himalaya – an odyssey that defines almost every aspect of their earthly existence. Shot over three months, filmmaker John Murray follows Kharma Tshering as he guides his wife and children through one of the most hazardous human endeavours on the planet. They must escape their mountain home before the winter snows cut them off without enough food to see them through to spring. On foot and yak, their journey is always a race against time and weather.

What’s it about? Follow Leo Houlding, the UK’s top big wall climber, as he revisits his 10 year project: an exceptionally steep, loose and difficult route on the east face of Yosemite’s El Capitan.

Mark’s comment: Wow, imagine looking down 1000m, holding onto small holds, trying something at your absolute limit. This film takes you on a palm-sweating journey up a massive cliff face.

What’s it about? The film recounts the first ascent of ‘Ganesh’, a tough rock climb in Badami, India.

Mark’s comment: This simple film takes us on a classic adventure to the culturally stimulating backwaters of India.

What’s it about? Take a look at Kashmir in the wake of the violent militant insurgence of the 1990s through the lens of skiing. The unique role that skiing is playing in rebuilding tourism in Kashmir is explored using cinematography, animation, and the story of local characters. The film crew explores the future presented to young Kashmiris as they venture into the mountains on backcountry skis. The world’s highest skiable gondola sits amidst the most militarized region in the world, yet the freedom of adventure is drawing foreigners back to this former Shangri-La. 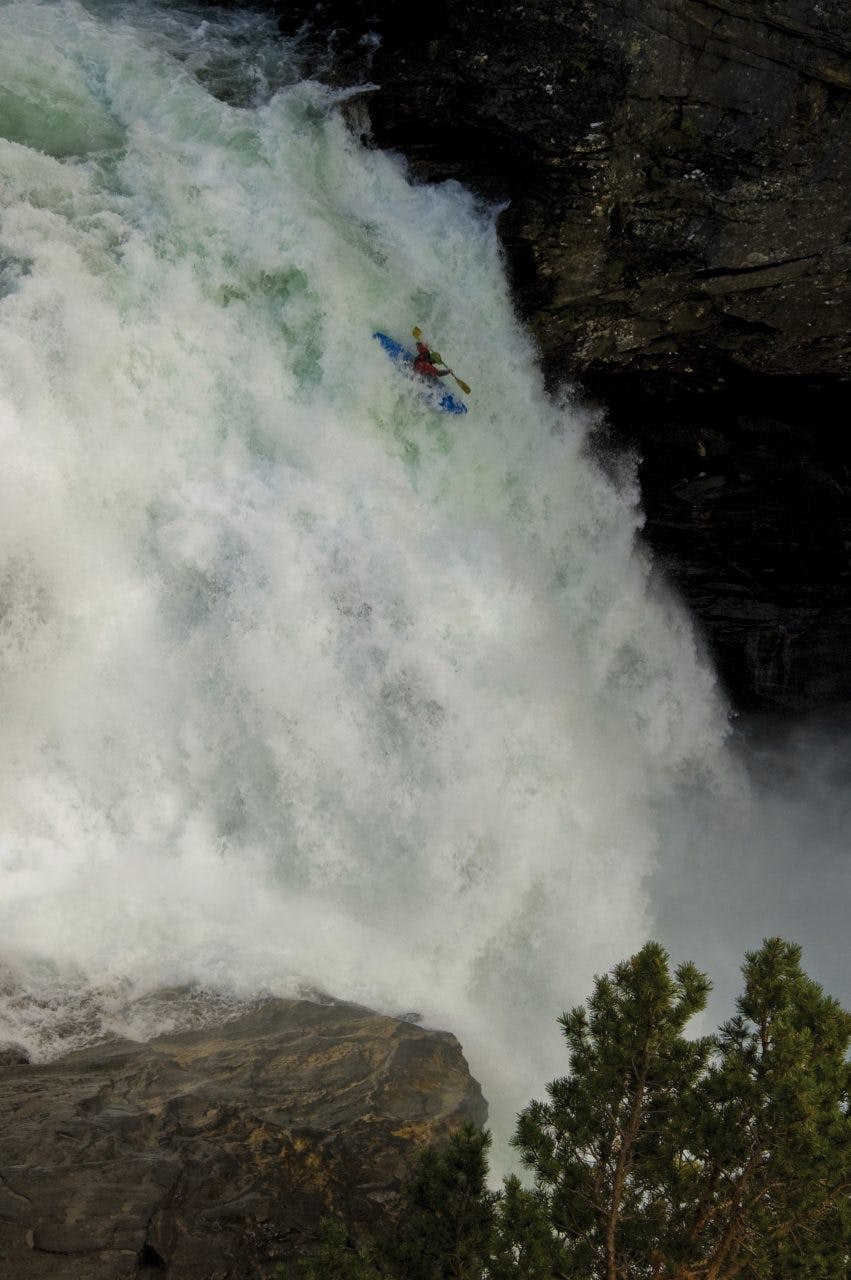 What’s it about? In the remote wilderness of New Zealand, when necessity was the mother of invention, a maverick bunch of kids concocted a dream that they would one day share with the world. In Last Paradise, through 45 years of stunning original footage, we relive the journey of legendary extreme sports pioneers on the roads less travelled.

Mark’s comment: A great trip back into New Zealand adventures with fantastic old footage of Kiwi pioneers before our more recent era of controls and safety standards.

What’s it about? Glenn and his wife Heather journeyed to Mt Meru (6672m) in a remote part of the Garwhal Himalaya in India. They pioneered a new route and after 23 days of climbing and waiting for a weather window, Glenn and Heather successfully made a wingsuit BASE jump from a ledge on the east face at 6604m. The film follows their training from Heather’s very fist skydive.

Mark’s comment: A great adventure with not your typical adventurers. A doctor and a not so adventurous wife train hard, push past personal boundaries and get out there and give it a go. An awesome journey of adventure, misfortune and edge-of-your-seat entertainment.

8. In the Shadow of the Mountain

What’s it about? In the Shadow of the Mountain is a documentary that charts one climber’s exploration of the motivations of climbers; why they take the risks they do in the pursuit of their sport. Hugh Barnard, a mountain guide and filmmaker from Wanaka, prompted by the death of a climbing friend sets out to discover just what it is that drives his friends to climb. His quest leads him on a mountaineering trip with Everest climbers, ice-climbing on frozen waterfalls and on an introspective journey that questions his own and other climbers’ attitudes to risk.

Mark’s comment: A high-quality New Zealand-made movie with stunning alpine footage and a fascinating story. Not to be missed.

What’s it about? This time-lapse movie, made up of roughly 1400 photographs, depicts a one-year walk from Beijing to Ürümqi. Unlimited growth of hair and beard add liveliness to the resulting video with scenes on airplanes, trains and boats, which were acquired during breaks on the long walk.

What’s it about? This is the story of six kayakers on the mighty Lower Rauma River in Norway where they try to kayak the 20m Flemming Fossen waterfall. Then the kayaking adventure travels to New Delhi, where they start a quest to be the first to descend remote rivers deep in the Indian Himalaya.