Don’t just get out there, get involved

A couple of years ago the wording on the reverse of DOC’s business cards were changed. Now, blazoned across the back are the words ‘tiakina, hakinakinatia, whakauru – protect, enjoy, be involved’.

The first two are what the conservation estate has always been about, but it’s the last one – Be Involved – that I’ve been most taken with.

It’s pretty obvious that, with about a third of the country’s land area and only around 2000 staff, the Department of Conservation is not going to achieve the first goal without a whole lot of us also getting stuck in.

Volunteering is on the increase as different individuals and groups helping out with replanting, pest eradication, weed removals, cleanups, bird counts, whale strandings, hut wardening and so on. There’s many different projects listed on the DOC website (see www.doc.govt.nz/getting-involved/).

One group that should be dear to the hearts of Wilderness readers is Permolat. Its 100 or so members are dedicated to looking after around 50 remote huts dotted along the South Island’s West Coast. As the website says its ‘aim is to promote their preservation and continued maintenance, and provide up-to-date hut, track and route information’. Check out www.remotehuts.co.nz to read more about huts like Scottys Biv, Johnson Hut and Frisco Hut in the Taipo, Mohikinui and Hokitika catchments respectively. There’s also excellent route descriptions included with each entry.

One of the key issues is how do we get people who haven’t experienced the conservation estate interested in what it is all about. It’s an issue DOC, SPARC and a number of other groups are actively exploring.

A key part of the picture is getting kids involved, and over the last year my partner Carli Richter and I have been setting up some self-directed programmes for people who are in our most special places for the first time. 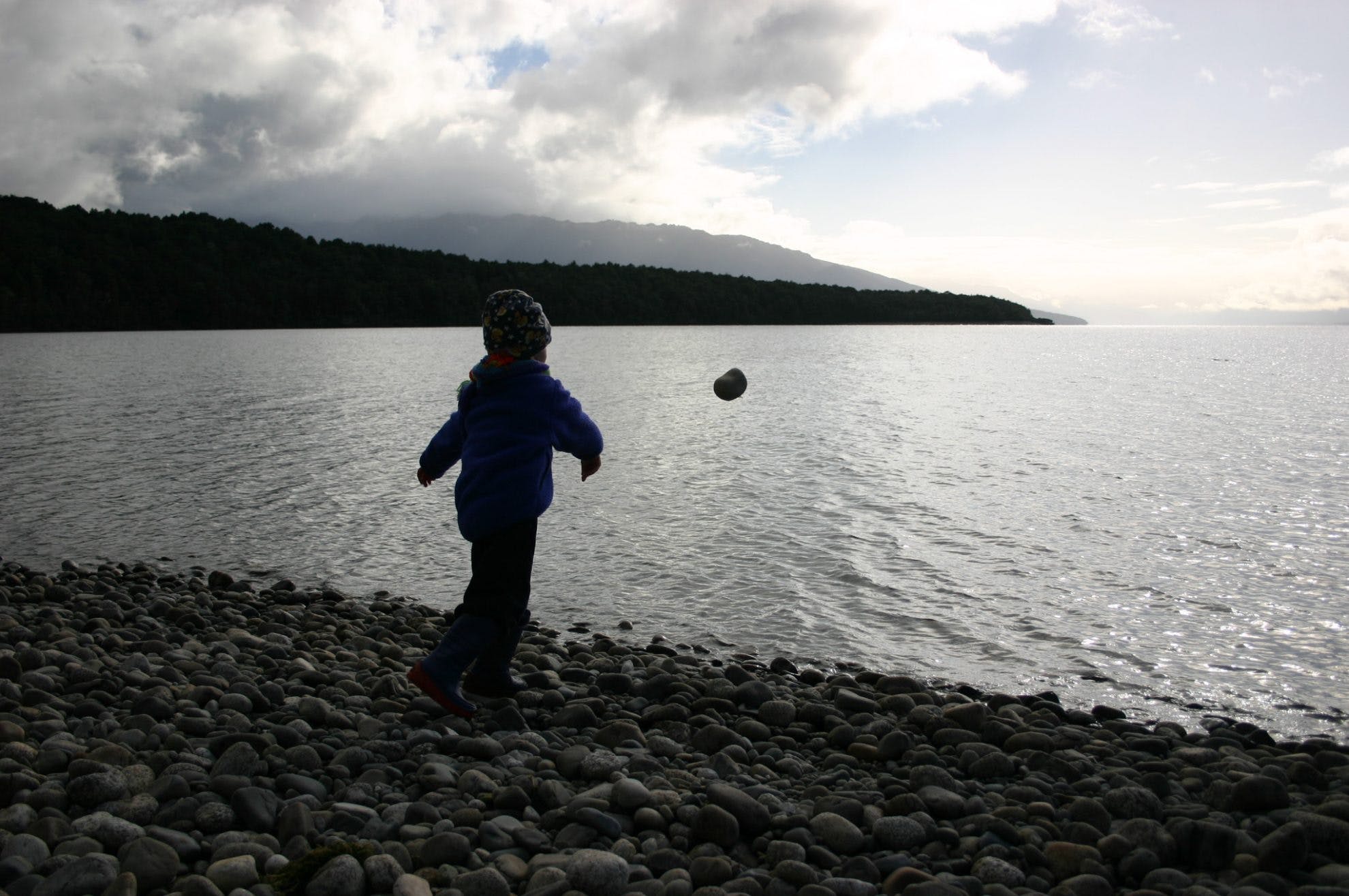 In each place people pick up a booklet with a dozen or so activities, and then, depending on their age, do anything from three to eight of them. The idea is for people to choose the ones that most interest them.

At Arthur’s Pass, people fresh from the Tranz Alpine train have been taking off their shoes and socks to ‘ever so gently’ step onto a patch of moss and close their eyes, before describing what it feels like. It’s a bit hippy I know, but for many newcomers to our parks there’s a sense that we’re only allowed to look at the forest like it’s some exhibit at Te Papa.

At Aoraki/Mt Cook people are encouraged to sit back in a comfortable spot, checking out the clouds to see if they can work out the next day’s weather forecast. Then it’s back to the Visitor Centre to test their meteorological skills against the actual forecast before checking out the weather display to work out just what type of clouds they saw.

Each set of activities stresses getting out and about, though there’s also a number that can be done in poor weather. At Franz Josef – where it’s been known to rain occasionally – there’s even an activity in which you make your own basic rain gauge.

Once you’ve done enough activities it’s back to the Visitor Centre where you get to chat with a ranger about what they do, before being given one of the really great Kiwi Ranger badges that up and coming young designer Joel Bretherton has created.

And while the programme is especially suited to kids we’ve also received fan mail from someone in their late 60s. We’re working hard to have Kiwi Ranger available to people at no cost. At Aoraki/Mt Cook the Hermitage has helped out with printing costs, while elsewhere other groups and businesses have been also helping out.

Volunteering with DOC, maintaining remote huts with Permolat, and becoming a Kiwi Ranger are just some of the many ways to take further part in our great outdoors. The ‘be involved’ message entails more than people being asked to donate funds or pay their taxes. It’s also more than just trying to get greater numbers of people into the outdoors. Fundamentally, it’s about finding ways for us all to become better connected with the amazing natural world that’s the key ingredient of this country, and also a big part of who we are.