New Zealand’s system of public huts and tracks is something very special. Though spread throughout the country, they are as iconic as Lake Manapouri or the kauri forests. 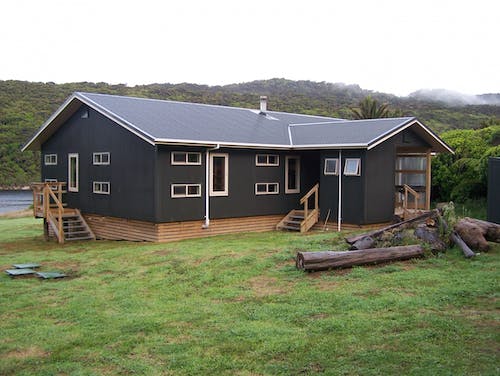 Most of the huts date back to the days of deer culling. When helicopter shooting replaced government hunters, trampers, mountaineers and private hunters made good use of the huts. Others came to DOC from the national parks service and of course there are lots of new ones too.

I always assumed the huts would remain with the public, so was shocked when DOC handed over the management of Mokihinui Forks Hut to a private trust that is building the Old Ghost Road cycleway in Buller.

This happened a couple of years ago when I was a member of Federated Mountain Clubs executive. I immediately informed my fellow exec members of this semi-privatisation and was surprised that a number of them seemed to have no problem with it. I reminded everyone that we have a government that has a policy of privatising state assets like electricity generators and the huts and track system could be next on the auction block.

At our next meeting one exec member took me aside and said: “Peter, what say we just go along with this one? It may not be such a bad thing.” I replied that it’s a terrible precedent and we should oppose it.

Of course there are others on FMC who share my opinion, but I doubt if it’s a majority. I’m no longer an executive member but I have this fear that if the government tries to sell off the huts or privatise their management, that FMC will dither and do nothing. If this is the case, a new group of champions will have to get together quickly to lead the fight back.

As I’ve noted before in Wilderness, the mansion-like huts now being built on the Heaphy Track are prime candidates for privatisation. They are far bigger than the huts they replace, like Perry Saddle and Heaphy, but they have no extra bunk space. This is because the old sleeping platforms have been replaced by individual bunks in separate rooms which will allow DOC to crank up the hut fees until the revenue from the track is attractive to a private operator.

As lovers of the outdoors we need to recognise just how privileged we are to have such a wonderful asset as the backcountry hut and track network. We need to be vigilant to keep them in public ownership.